The Whitney came in either a 14K yellow or white gold filled case.  Depending upon the year, buyers could select from either a luminous dial or an applied gold numeral dial - although the latter was called a Raised Gold Figure (RGF) dial.

The Whitney is notorious for wear through on the bezel and case due to the prominent features of the unique stepped-case design.

Behind the dial is a 6/0 size 17 jewel 987-F movement.  The 987F is identical to the 987 movement, excepted the jewel settings are held in place with Friction, instead of screws.  Otherwise all of the other parts are the same.

I recently has a friend send me his "new" Whitney.  It wasn't running and he needed some help.  It was in great shape, otherwise.

A close up of the movement revealed that it was bright and shiny.  I can normally tell a serviced movement by the brilliance of the gold-colored jewel settings (chatons).  They seem to be a good litmus test for cleanliness.  These chatons look great. 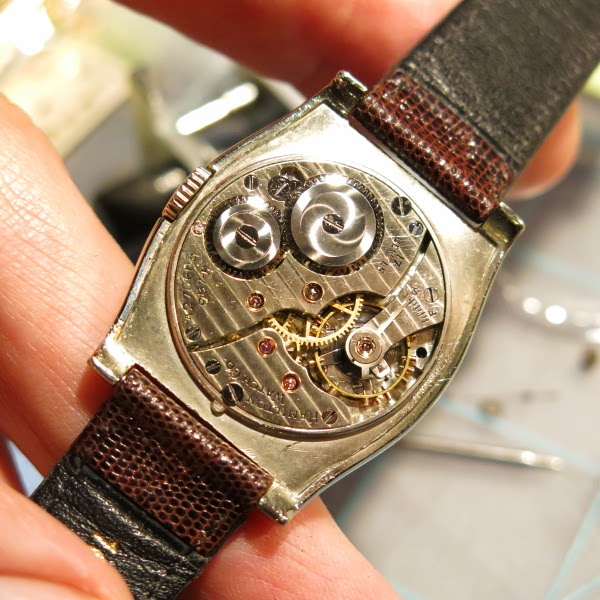 When I looked at the front of the watch, I noticed the second hand was up against the dial... so much so that the watch had stopped.  I lifted the second hand up a little and off the watch went running.  In fact, it was running so well that I don't think I could get it any better. 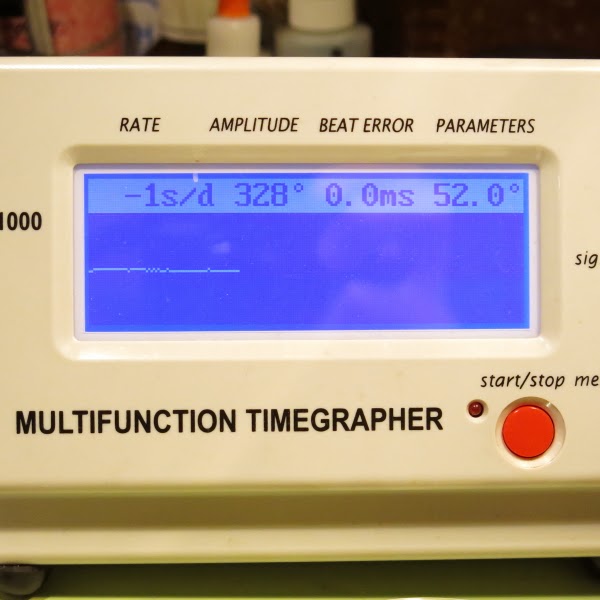 The inside of the case back appears to say GS May-13 so maybe it was serviced last year?  Or maybe it was May 17 this year? 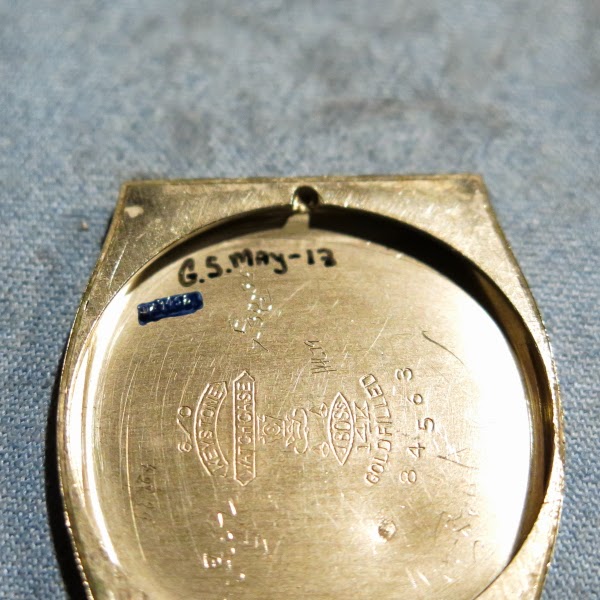 The best part of the watch though is the pillow shot.  My friend has a knack for buying "handyman specials" and spending a lot of time and effort (not to mention money) on getting them to look and run well.  This just proves that even a blind hog finds an apple every now and again!  Ha ha! 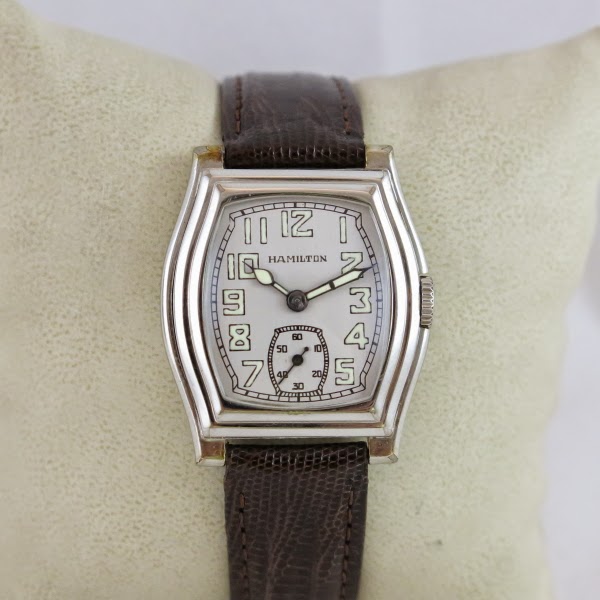 This Whitney is awesome - I wish it was mine but, alas, it has to go back to it's rightful owner.