1964 was a banner year for Hamilton, it seems.  There were a number of new models introduced into the line up.  One of them was the 1964 Sea Ruler - it would continue to be produced though 1969. 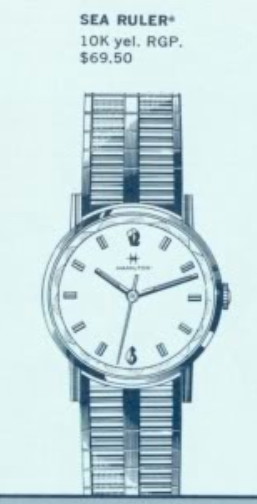 Like a lot of the Hamilton's from this period, the Sea Ruler came in a 10K rolled gold plate case.  The one-piece case opens through the faceted crystal to provide access to the Swiss-made Hamilton 686 movement tucked safely within.

I recently scored a project Sea Ruler, complete with it's original box and bracelet.  It arrived in typical fashion - rather grungy, but operable. 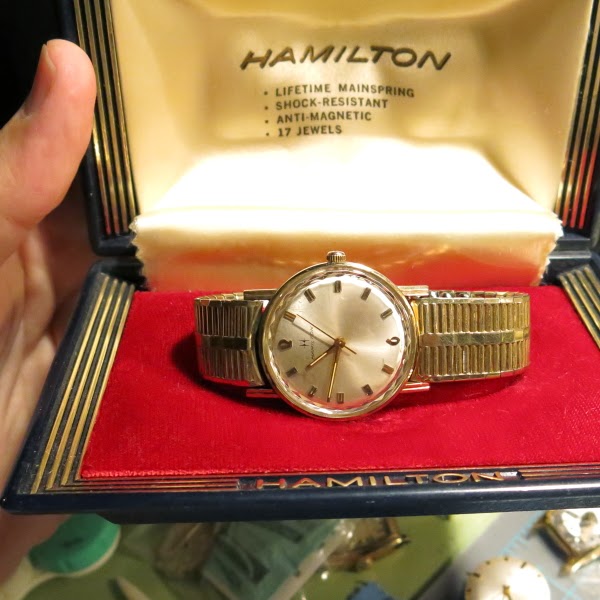 Aside from a layer of funk, the case is in good shape overall and should clean up well. 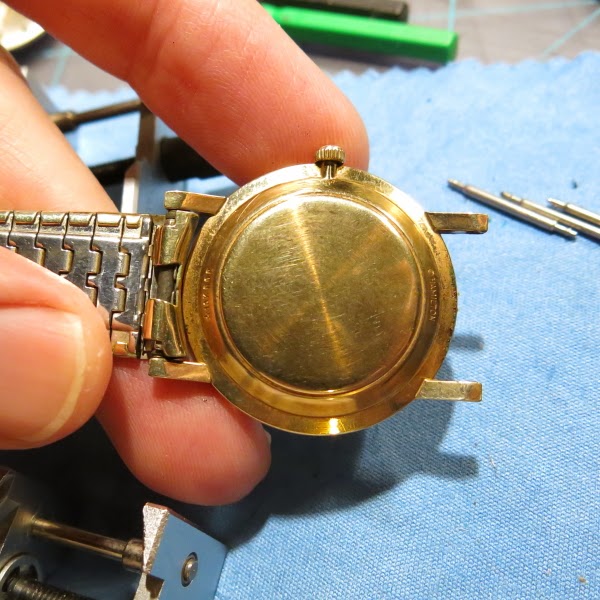 With the crystal out of the way, the dial is very nice.  There are a couple of minor scratches on the dial from a past watchmaker removing the hands - but other than that the dial looks new. 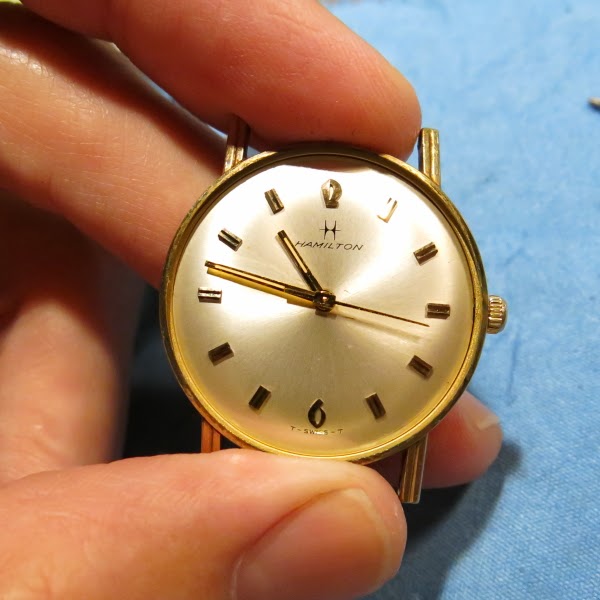 The 686 is an ETA-based movement and it's still bright and shiny.  However, based on the outside of the watch, I bet it's been a long time since this watch has visited the spa and had a thorough cleaning. 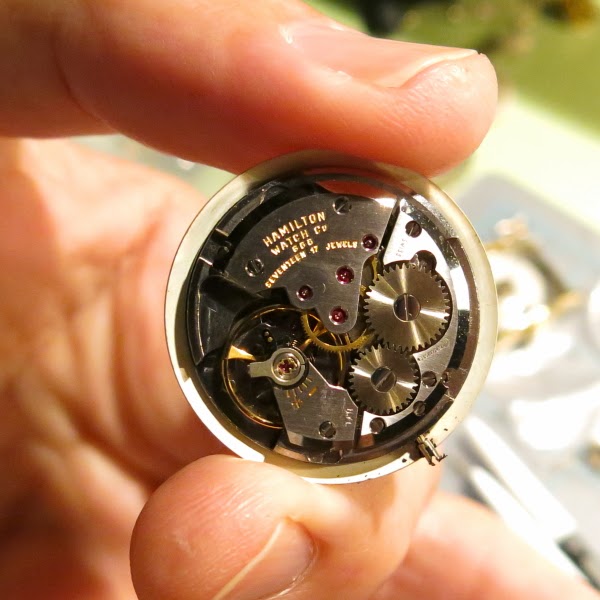 Everything is cleaned and readied for re-installation. 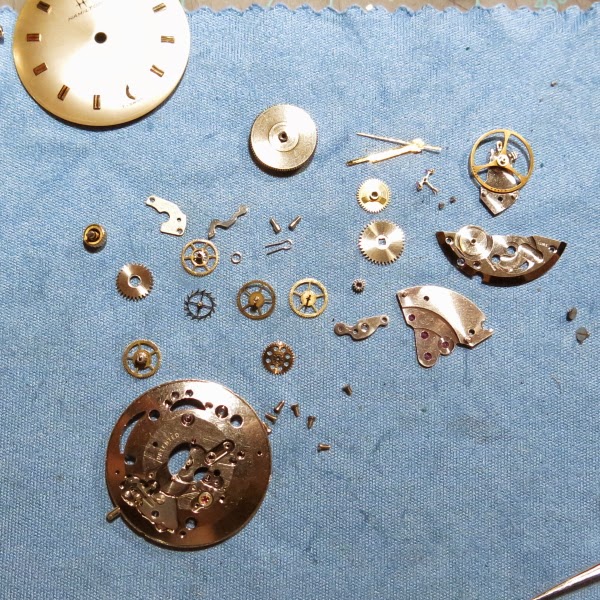 It's always a bit of relief when I drop the movement back into place and the watch starts running.  It's rare that it doesn't start running - but that's part of the thrill of restoring these fine timepieces.  Seeing the watch kick back to life is very rewarding. 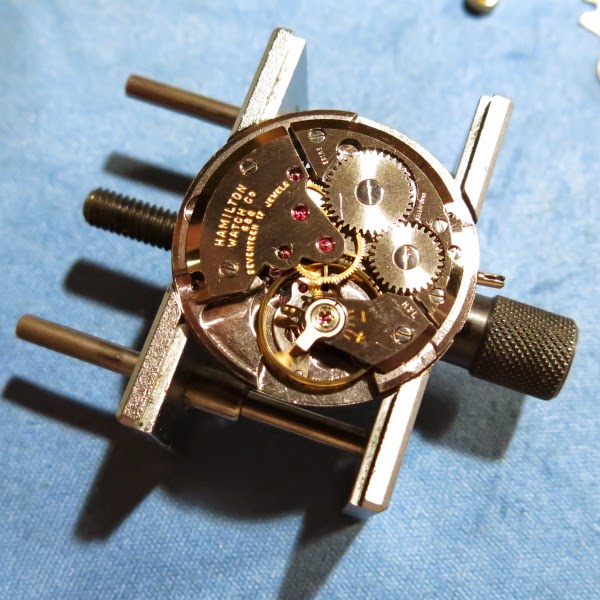 The watch is running slightly fast but otherwise looks good.  I can easily slow it down with just a tiny move of the regulator.  This watch also allows for super easy beat error adjustment. 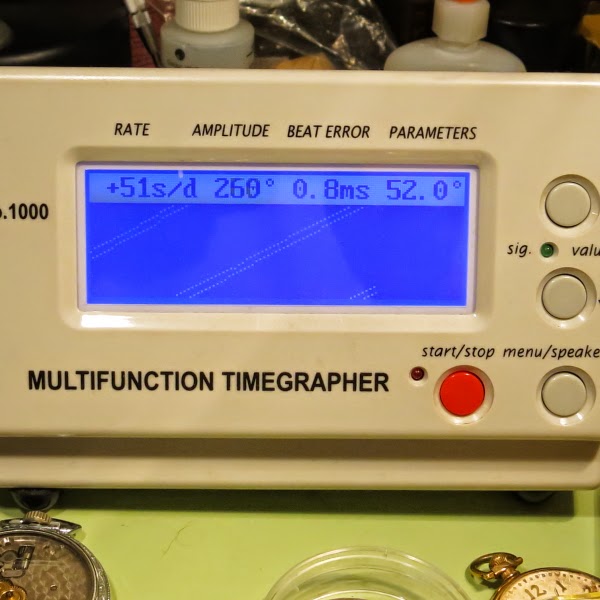 A little careful tweaking slowly brings the timing right in line and I was even able to reduce the beat error.  Nothing shabby about this watch's performance now. 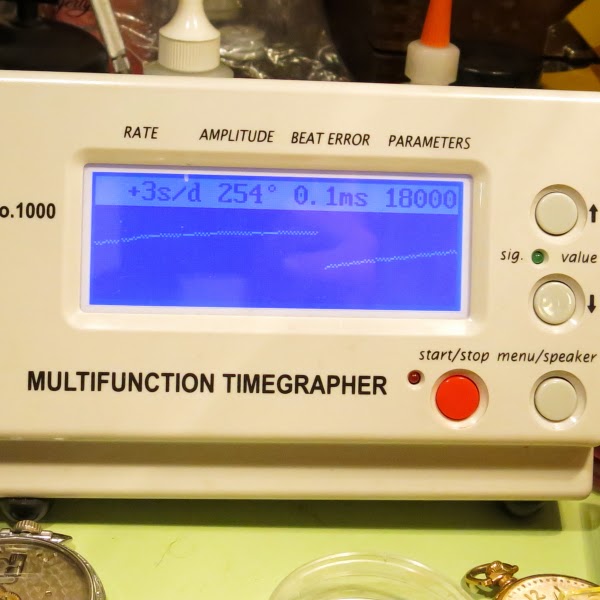 Everything goes back into the case and the crystal is reinstalled after being gently polished to remove a few scratches.  The Sea Ruler only came originally on a bracelet so I'm happy to reinstall it's original bracelet, now that it's been thoroughly cleaned. 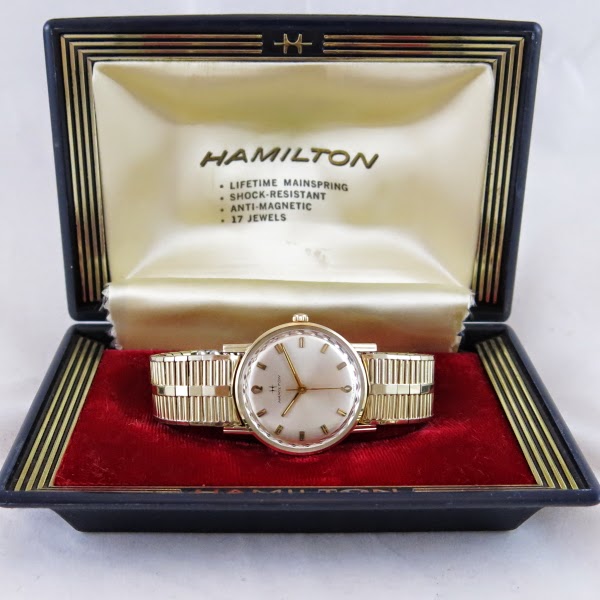 This watch turned out really well, I think.  It's too bad about the minor scratches on the dial.  At least I didn't do it. 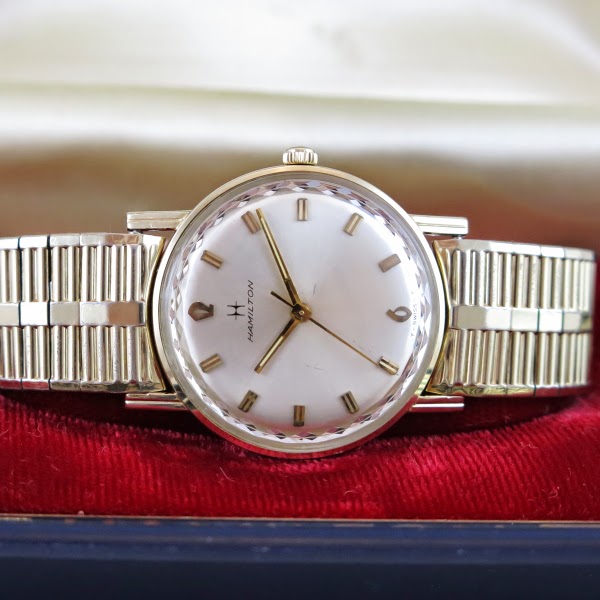