There are a number of very similar square-shaped watches in Hamilton's 1960's era line up.  Sometimes they're referred to a TV-shaped.  Models like the Carson, Drummond and the Bentley come to mind but there are many others.  There are even square-shaped automatics like the Automatic K-405.

In 1962 Hamilton introduced the Dodson.  It was the second time the model name was used.  The first Dodson was produced 20 years earlier.  The 1962 Dodson was only made for a single year.

The Dodson was part of the entry-level line up of "Fine Watches" and featured a Swiss-made movement inside a rolled gold case with a stainless steel back.  It came on a bracelet or a strap.  It may have been entry level, but it was not inexpensive.  It was the equivalent of around $300 in today's dollars.

Being made for only one year, the Dodson is not a commonly found model.  Of course, the fact that it's so similar to other models makes it even more obscure.

I recently came across a Dodson and I was happy to snag it up.  It arrived in decent shape and other than the beat up crystal the rest of it was great. 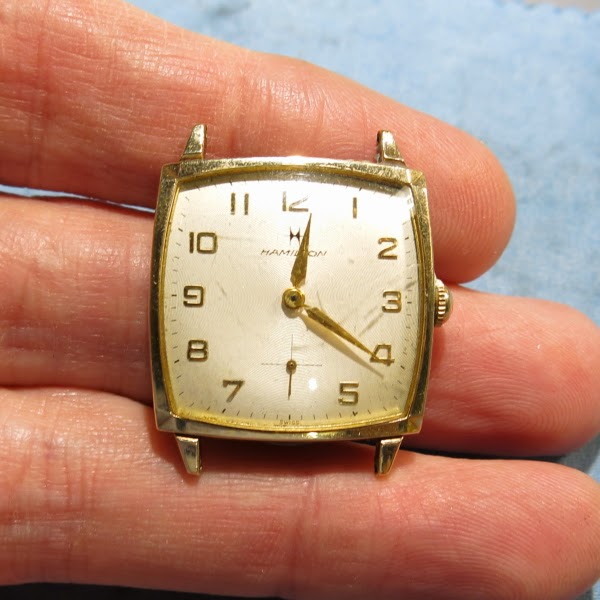 The stainless steel back has some surface scratches but nothing that a minute or two on the buffing wheel won't improve.  The Dodson has a two piece case and you can see the lip where a case knife will help you to pry the back off. 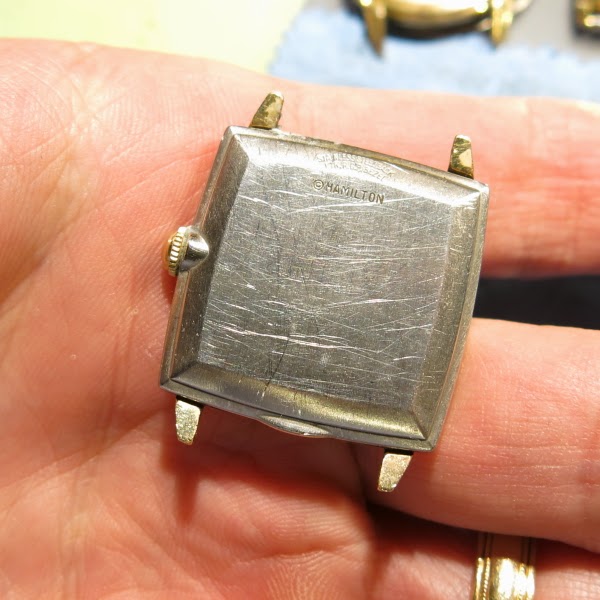 The embossed dial has a fine series of circles radiating from the center.  The camera makes is look like the curve other directions but they're really circles.  The dial looks great - which is a relief as I'd hate to try to get it refinished. 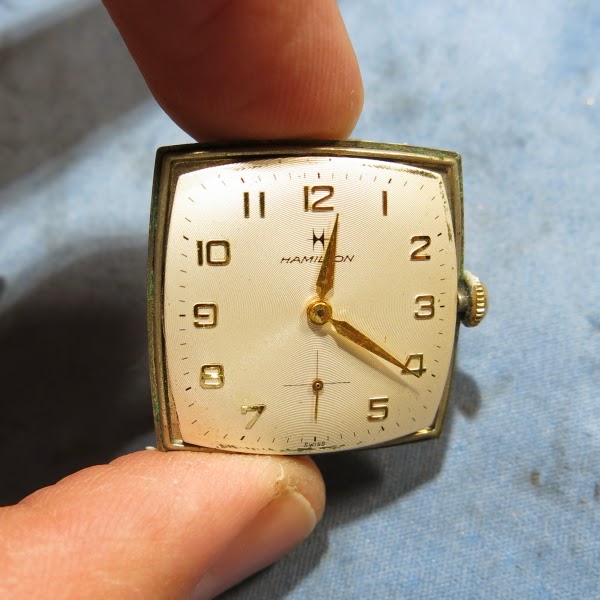 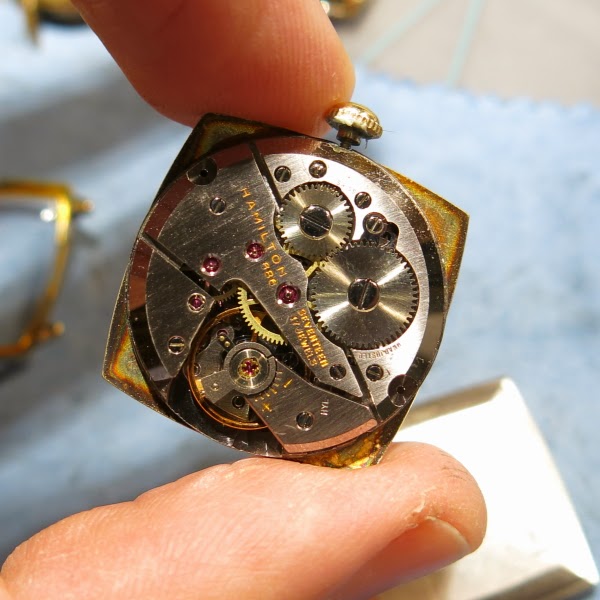 While the parts are in the cleaner, I'll prep the case for a new crystal.  As you can see, the old glass crystal is scratched and there's no easy way to remove scratches from a glass crystal - glass is just way too hard. 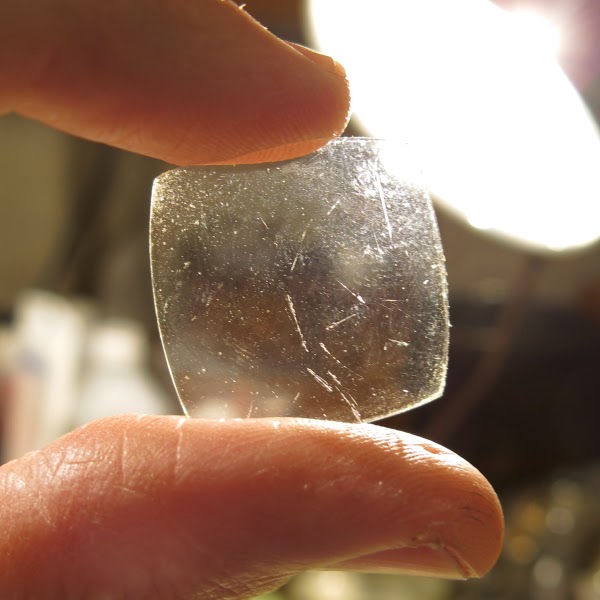 A new glass crystal will be a nice improvement. 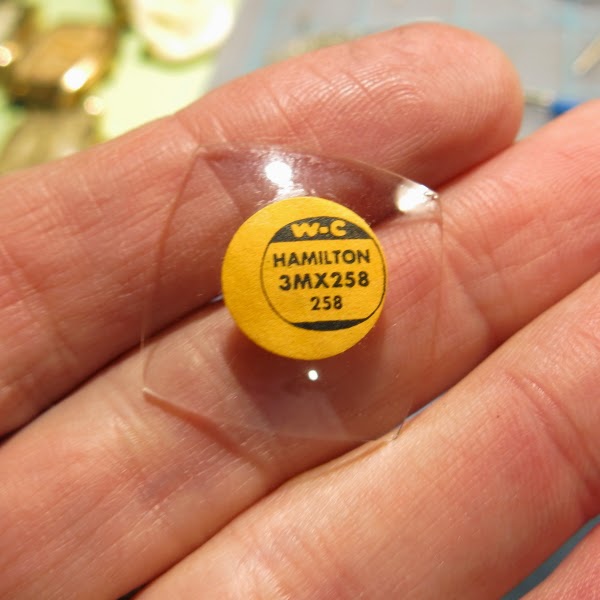 Glass crystals are held in place with UV glue.  The glue is easy to apply and clean up as it won't set until it's exposed to UV light. 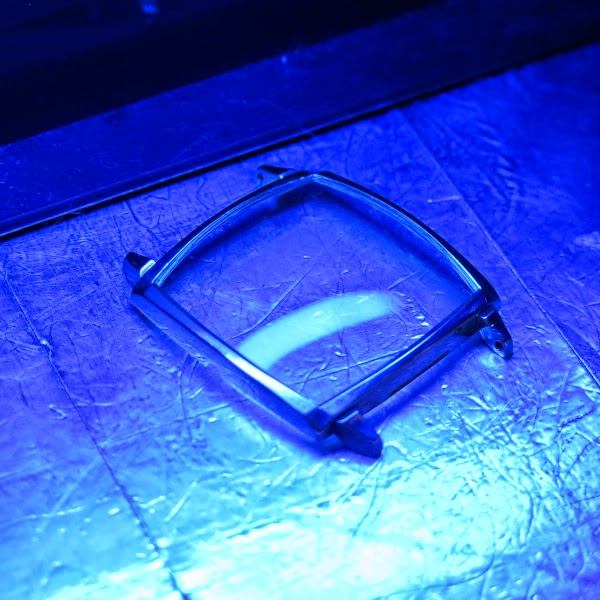 All the parts are cleaned and ready to be put back together. 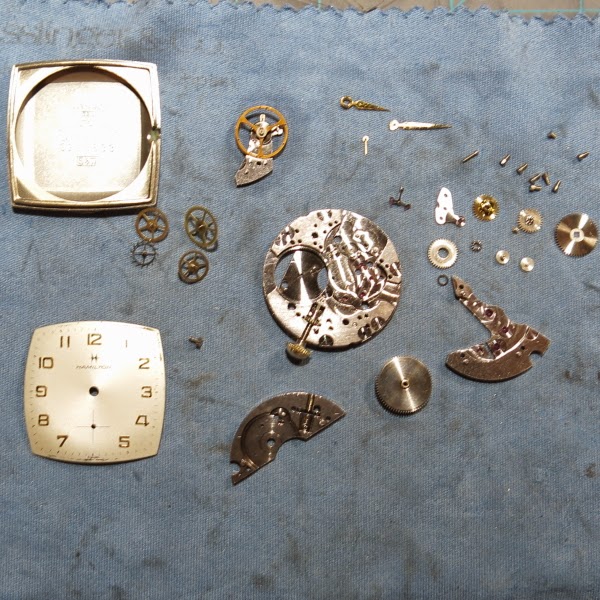 The reassembled movement is bright and shiny but only a watch timer will tell if it's really doing it's thing properly. 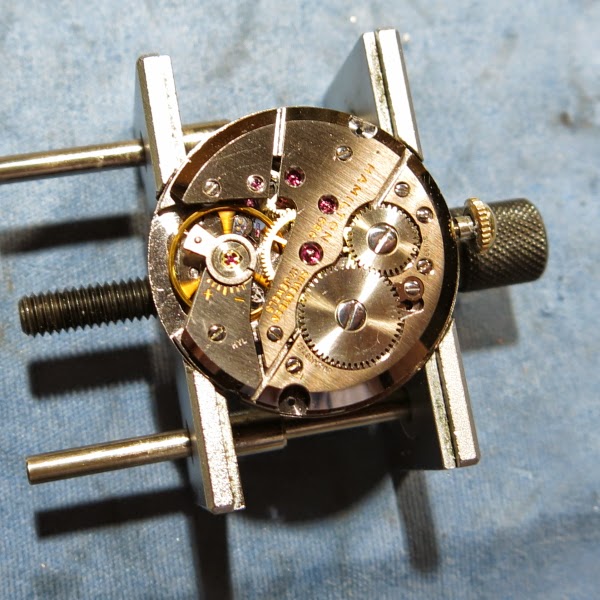 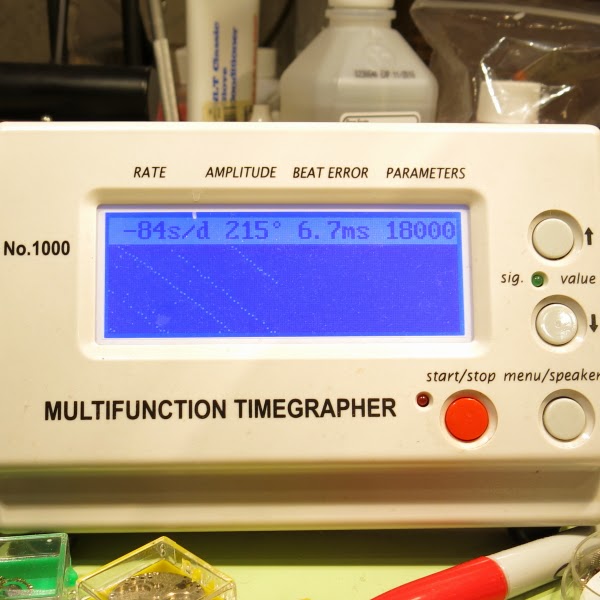 A few tweaks bring the both metrics right in line. 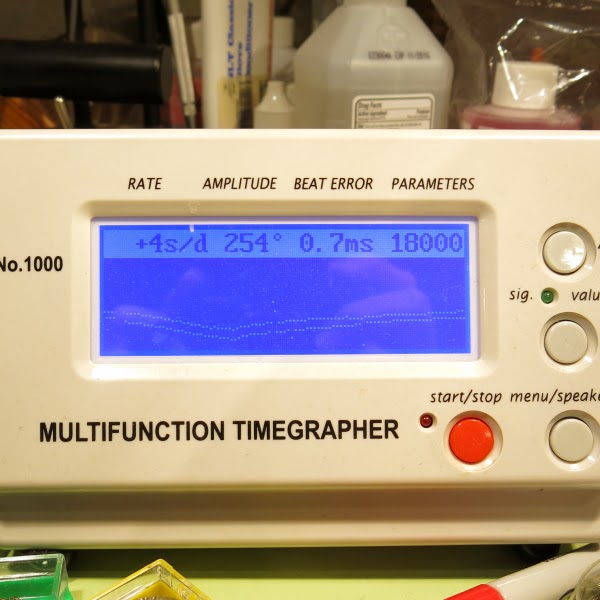 Now that the movement is cleaned, oiled and regulated, it all goes back in to the case and a new croc strap installed.  The Dodson is a sharp looking dress watch in my opinion.  I wonder why it only lasted a single year? 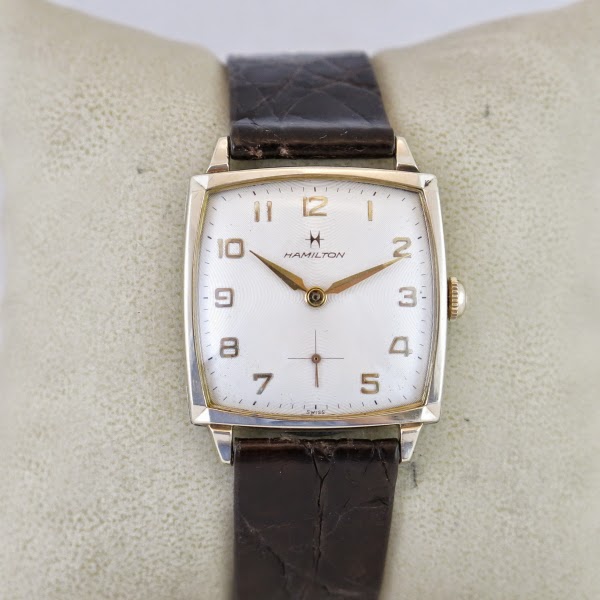