In 1954 Hamilton introduced it's first Hamilton-branded calendar watch, the Automatic K-575.  Two years later it was replaced by the K-576.  The K-576 was produced for four years. 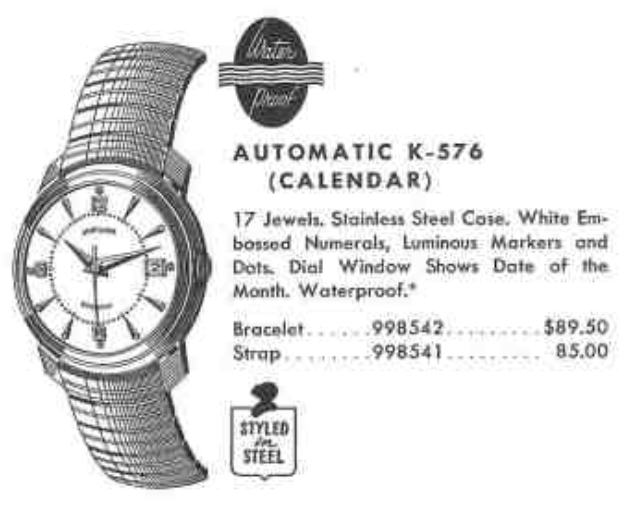 The K-575 came in a stainless steel case with a silver butler-finished dial.  The embossed dial also featured luminous dots and hands so that you could read the time in the dark.

Tucked inside the case is a Kurth Freres-based Swiss-made movement that Hamilton branded the 662.  It's almost identical to the 661 used in the non-date models, the main exception being the necessary parts to drive the date wheel.

I recently landed a K-576 project watch and I was very happy to get it as it is the only example I've ever seen.  I've seen plenty of the Hamilton Illinois models from the earlier 1950's but the early Hamilton K-575 and 576 are rather uncommon, I think.

It arrived with a cracked crystal and a dial that appears to have lost a lot of it's original lacquer finish. 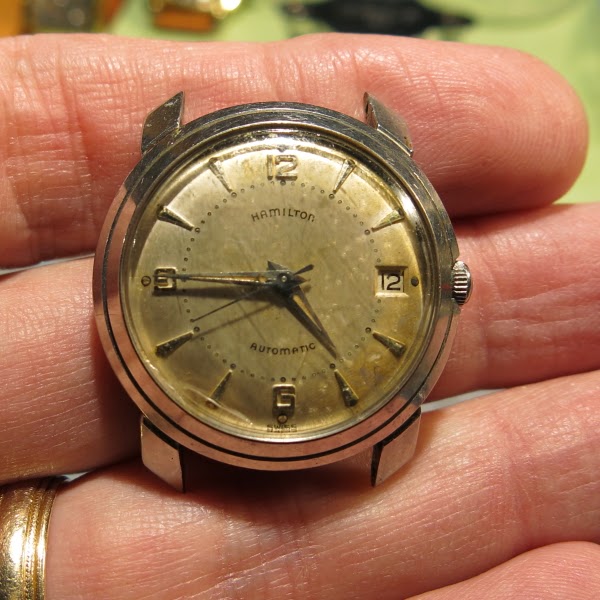 The stainless steel case back screws off with a little elbow grease.  Stainless steel threads are easy to mess up so you need to be careful not to cross thread them when you screw the rear cover back on. 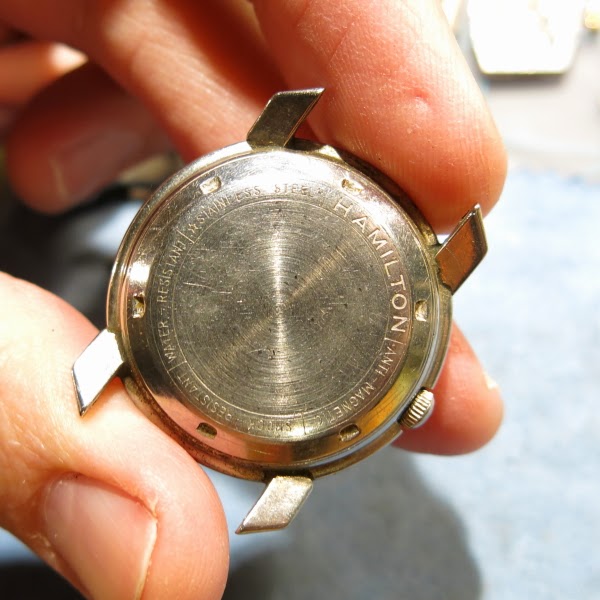 Here's a shot of the 662.  This is the first 662 I've laid eyes on.  From this side it looks just like a 661, which I've overhauled dozens of times.  I'm not exactly sure what to expect on the other side though. 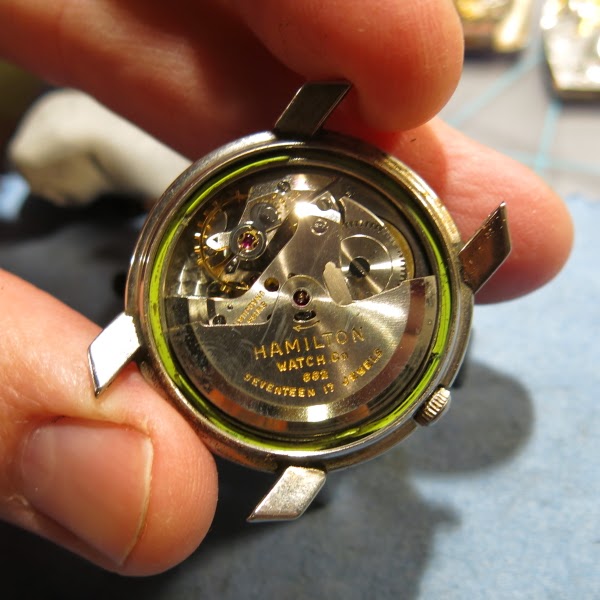 The inside of the case back makes identifying the model very easy. 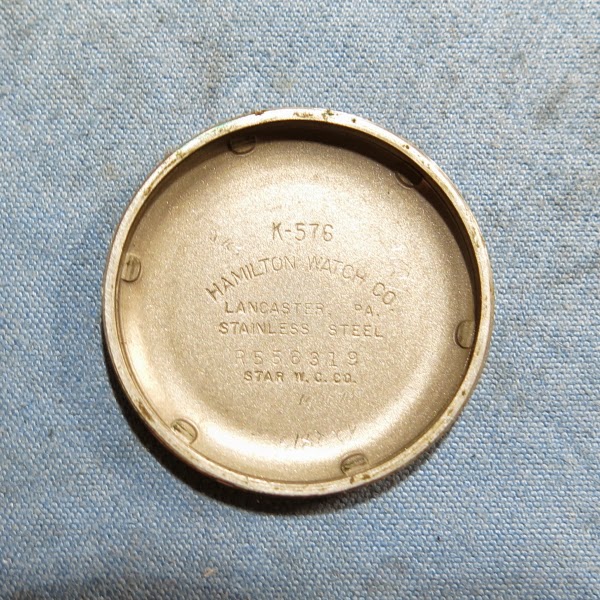 Here's one difference I found on a 662... the dial foot screws thread into the main plate on an angle (one of the screws is shown on the left, near my thumb).  On a 661 they screw in perpendicular to the side.  The 662 dial foot screws go in on a tangent. 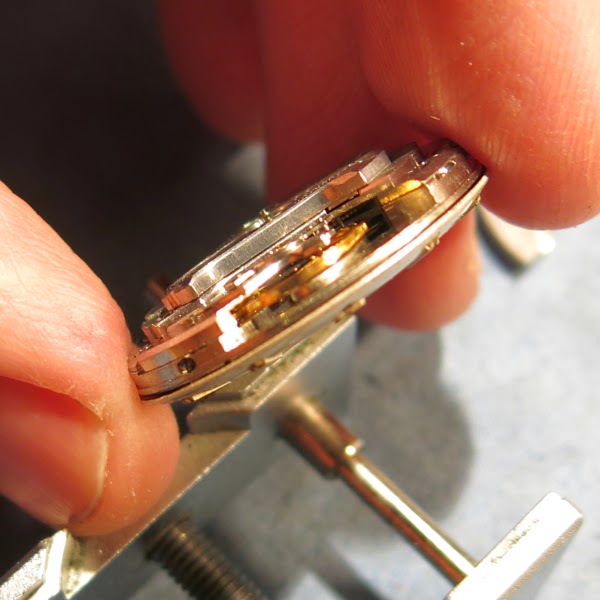 With the dial out of the way you can now see the date wheel.  In the center is the hour wheel that the hour hand attaches to.  The hour wheel drives another wheel that is currently covered by a plate.  The covered wheel drives the index wheel you can see at the 6:00 position.  You can see a little spring tab sticking out to the left on the index wheel.  When the index wheel goes all the way around the tab will engage the date wheel and move it clockwise to the next position.  The little index bar near the number 20 at the top of the photo is spring-loaded and will center the date in the date window of the dial. 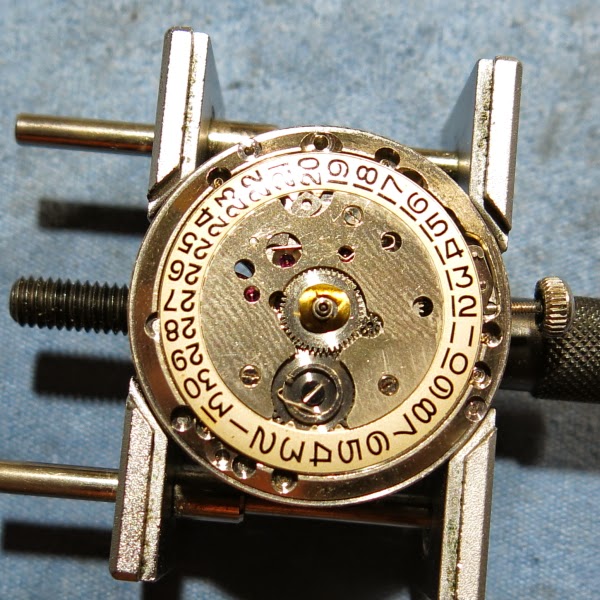 Here's a shot of the back of the hour wheel showing the gear that drives the date complication.  A 661 hour wheel would not have this gear. 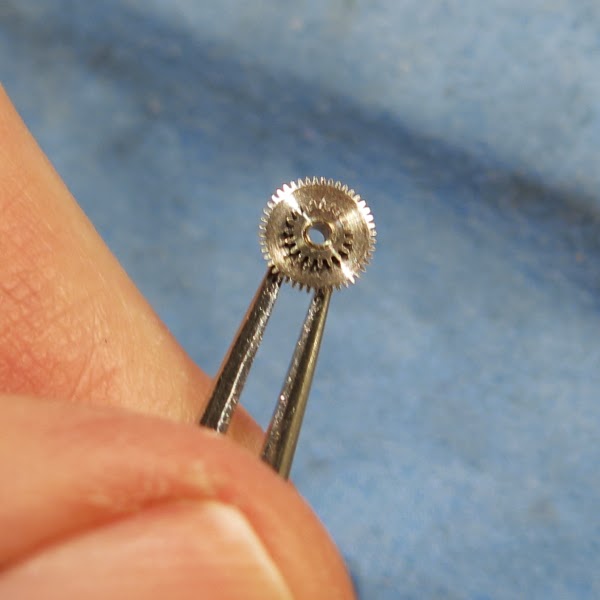 Here's a photo of the back of the cover plate.  It reveals the spring that presses the index bar up against the date wheel. 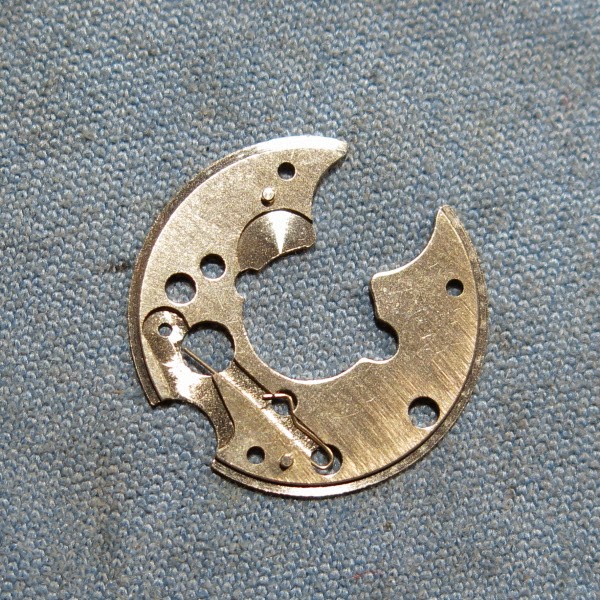 With the cover and hour wheel removed you can see a little better how the date complication works.  To set the date you just move the hands past midnight, then back to say 10:00 and then past midnight again until you get to the date you want. 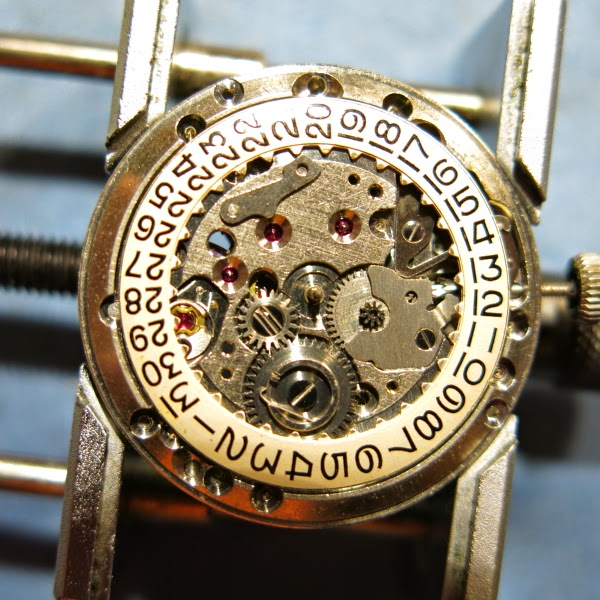 Everything is out of the way now so I can flip the movement over and tackle the backside. 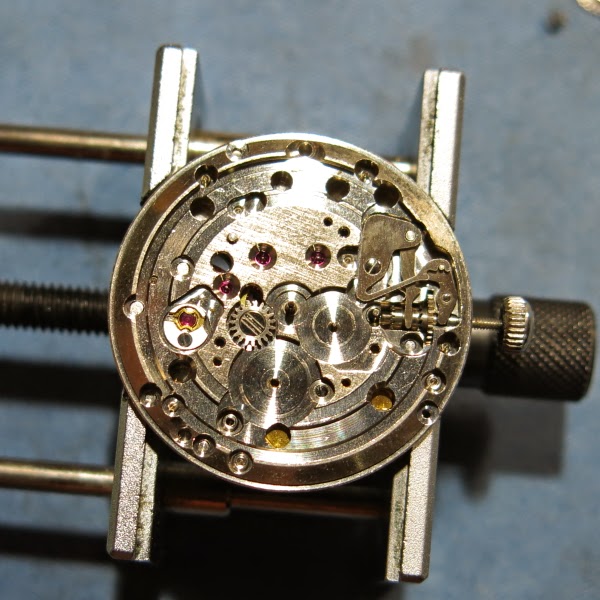 The rotor, aka oscillating weight, is easy to remove on a 661 or a 662.  All you do is flip the little toggle on the rotor to the left and then rotate the weight until it lifts off.  Then you're left with the movement and the rotor carrier that is attached to the movement.  The rotor carrier is held in place with three screws.  It contains a series of reversing wheels that transmit the motion of the rotor to the winding wheel below. 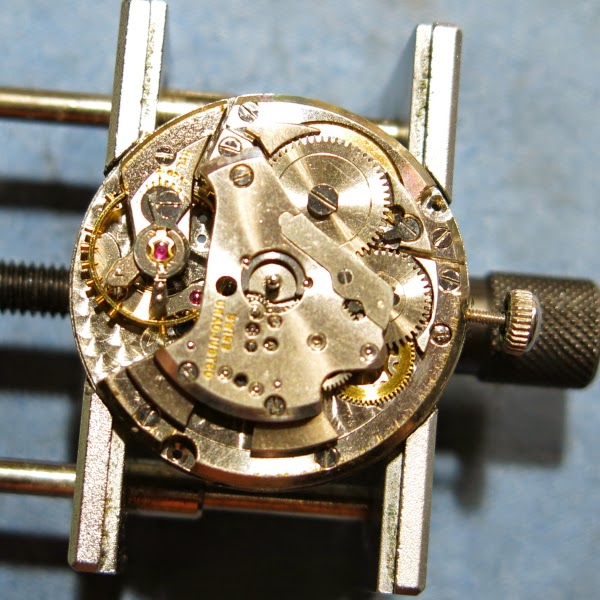 Everything is taken apart and cleaned.  I still have a bit of work to do though... I need to relume the hands and try to improve the dial as best I can.  Oh, and I have to put the movement back together too. 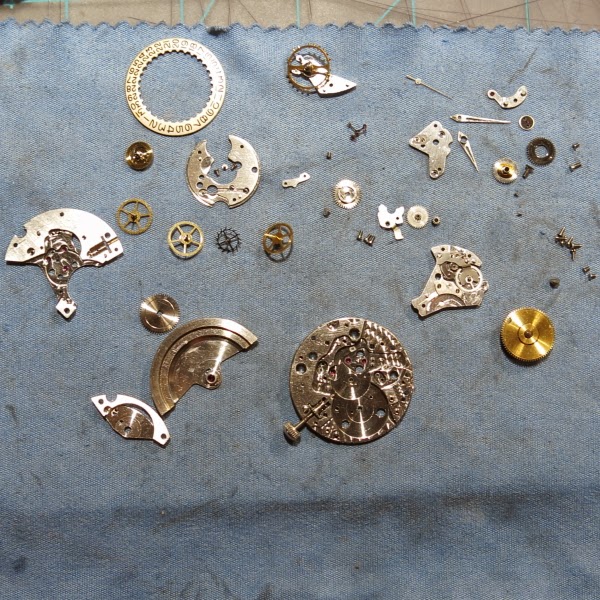 The movement gets reassembled without the rotor carrier.  At this point it's just your typical manual-winding movement.  It's now running so it's off to the timer to find out how well it's performing. 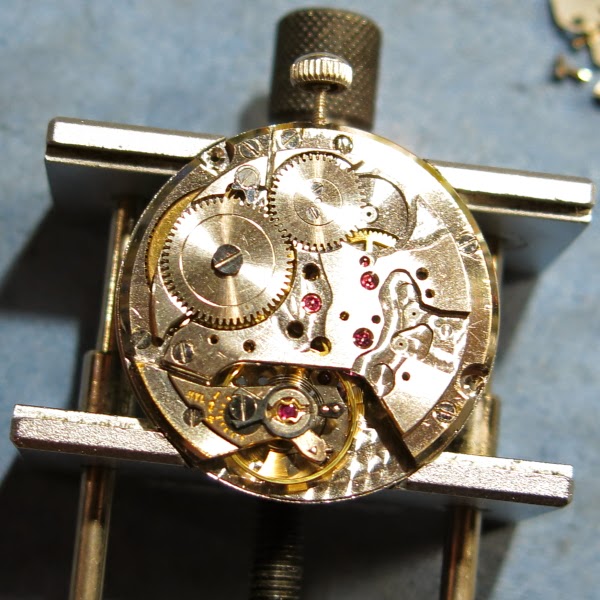 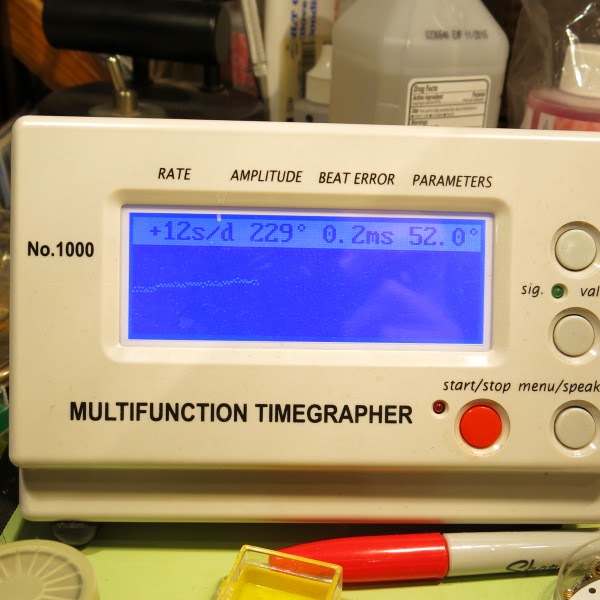 Now I can put the rotor carrier back into place.  The rotor will be the last thing I put on after I get the movement back into the case. 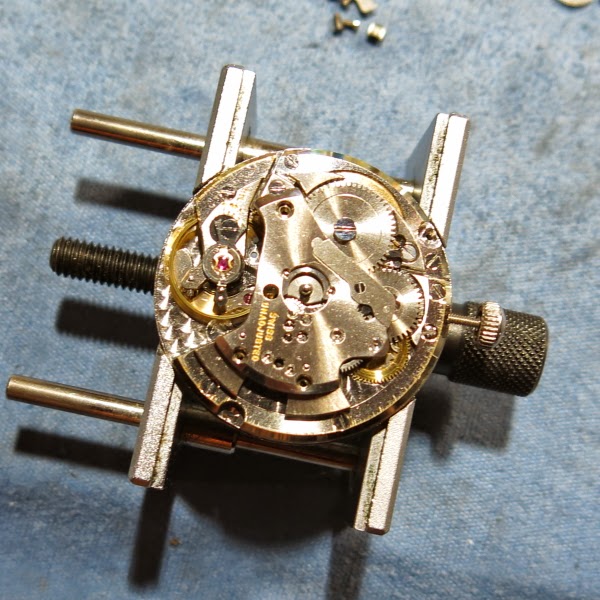 Putting the date wheel, et al, back on is a breeze once you know where everything goes.  This is a LOT easier to put back together than the ETA movements from the same period. 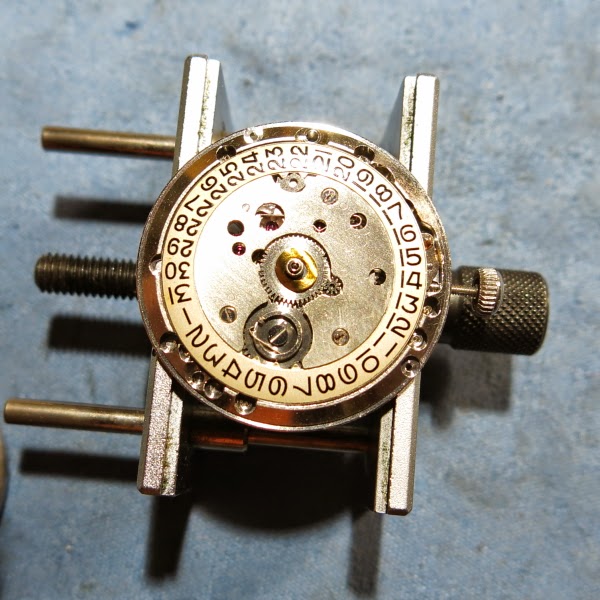 Putting the hands on requires first setting the time until the date changes... then you line everything up at what is effectively midnight so the date will change when the hands reach 12:00. 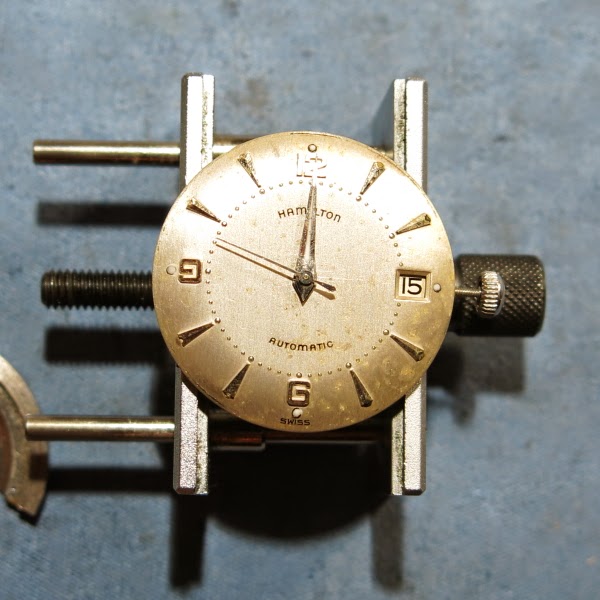 A new GS PHD style crystal will be a nice improvement over the yellowed and cracked crystal that came with the watch. 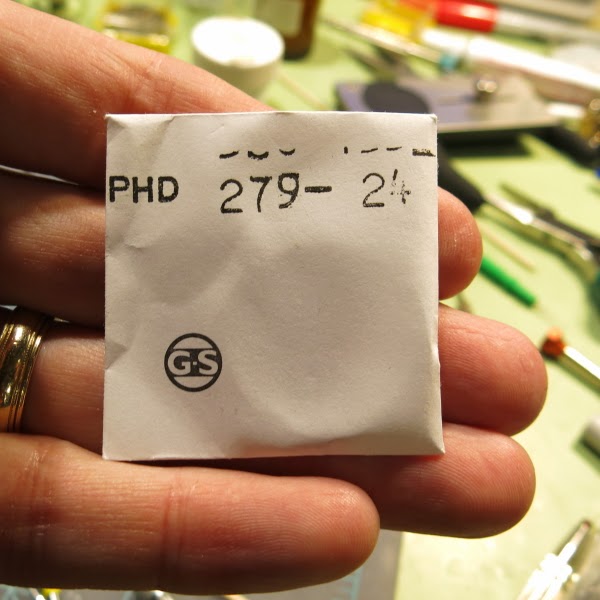 The movement, sans rotor, goes back into the case.  There's a movement ring to help keep things nicely aligned and snug inside. 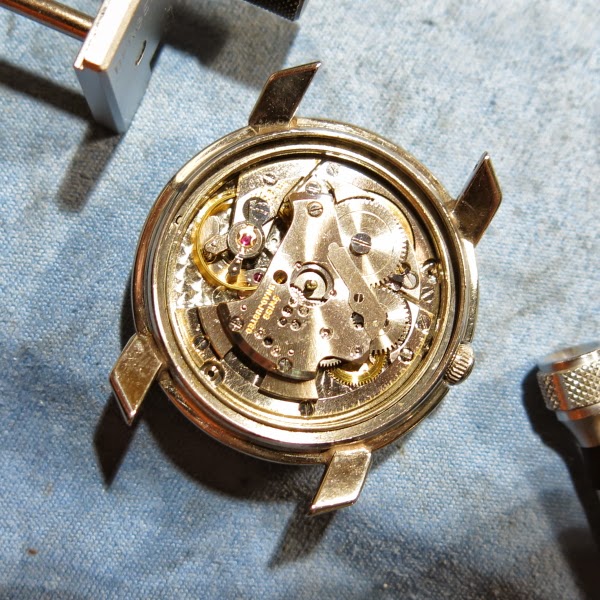 The rotor goes on next and I'll slide the little toggle over once it seats properly on the rotor carrier.  There's also a little gasket that will go in on top of the movement ring to seal things up. 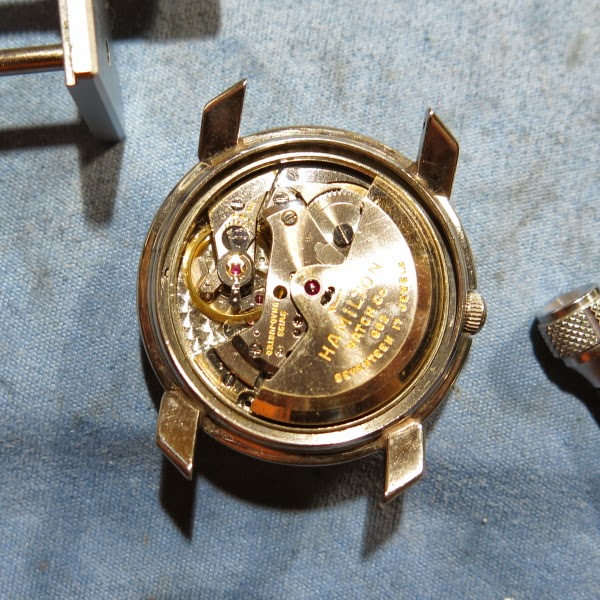 A new lizard strap completes the restoration of this 1950's K-576.  I was able to clean up the dial fairly well and I treated it to a light coat of fresh lacquer.  The new lume on the hands and dial are a nice finishing touch as well. 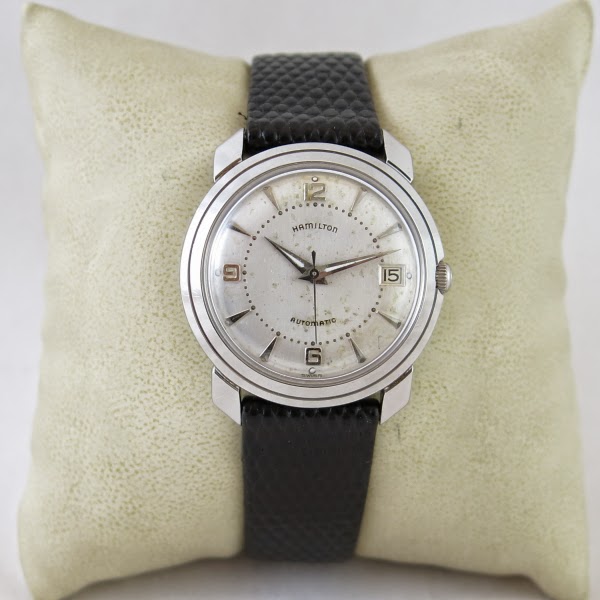 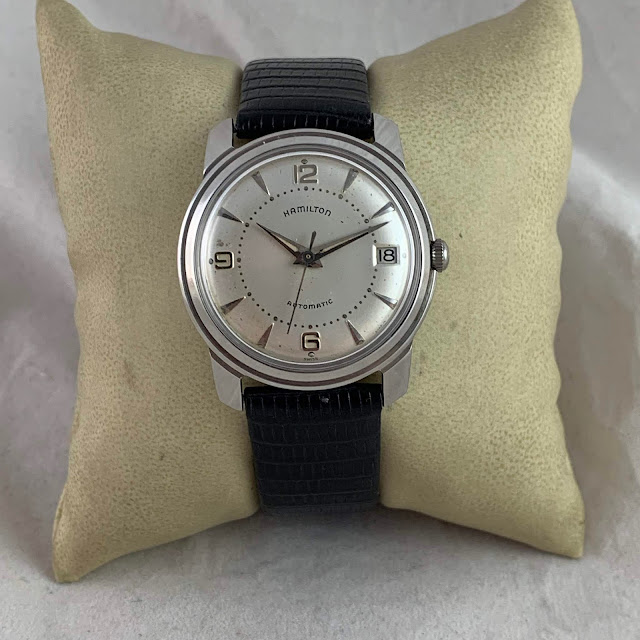