Part of the fun of collecting is trying to figure out what you're looking at.  With over 1,100 unique models, there are a lot of options when it comes to Hamilton watches.  The best way to narrow the search is to identify what the case material is, then what movement it has, and of course, the general shape of the watch.  Armed with that information, the number of candidates drops very quickly.

I recently picked up a 1964 M115-2.  It's not a common model but it looks like other watches I've seen so I had to look especially hard to find it.

The M115-2 is one of the M-series of watches that was produced in the 1960's in a separate line from the regular models marketed through jewelry stores.  The conventional wisdom is they were marketed through a nation-wide catalog chain.  It was priced at $115 and it's the 2nd model to be listed at that price.  There's also a M115-3 in the 1964 line-up... so it was the 3rd watch at that price.

The M115-2 came in a 10K yellow gold filled case with what appears to be a silver dial with gold markers inscribed into the dial and an applied gold H as the 12:00 marker.

Tucked behind the dial is a 17 jewel 689 automatic movement made by the Swiss-maker ETA.

My project watch arrived in nice shape.  Mechanically it was in better shape than aesthetically but a little TLC should probably improve both. 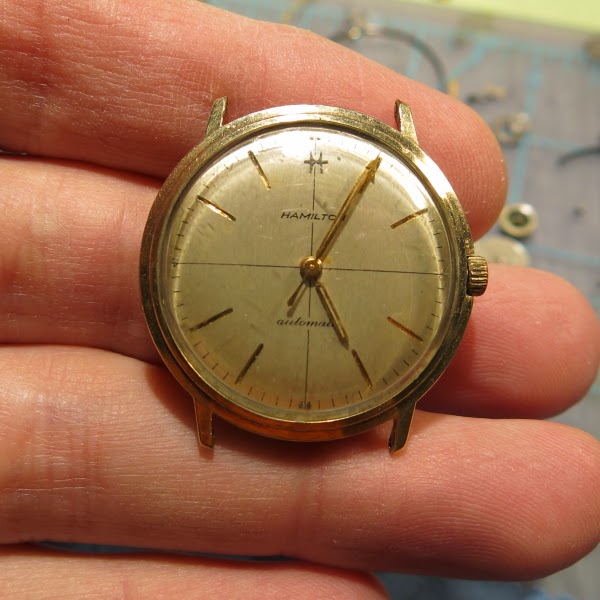 The case is a one-piece design so this watch opens through the crystal.  The back is inscribed with a presentation with a scratch going from the crown to the engraving.  The engraving wasn't very deep and I actually removed part of it when I polished the case to get rid of the scratch.  So I kept buffing it until the presentation was just about gone.

Actually, there are two steps to "polishing" a case... the first step is buffing and 90% of the work is done there.  The last step is polishing and very little is done there other than to clean everything up perfectly.  The act of buffing doesn't really remove material, it actually moves the material from high spots to low spots at a microscopic level.  Its really rather fascinating to see what a talented watchmaker can do with a buffing wheel to restore a beat up case. 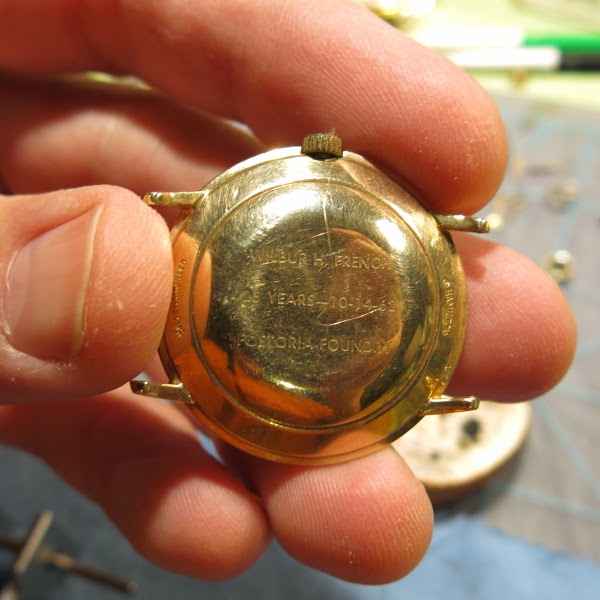 Anyway, back to the project.  A crystal lift is needed to remove the crystal from the bezel in order to extricate the movement from the case.  This diabolical-looking tool compresses the crystal all the way around the perimeter so that it takes a smaller shape and can come out of the ledge that holds it in place. One-piece cases require a two-piece stem and in this movement shot you can see the fork-like female side of the stem protruding from the movement.  The 689 movement is a fairly common design that was used throughout the 1960's.  It has a sibling called the 689A that has a slightly different rotor carrier design and thats the only difference, best I can tell anyway. 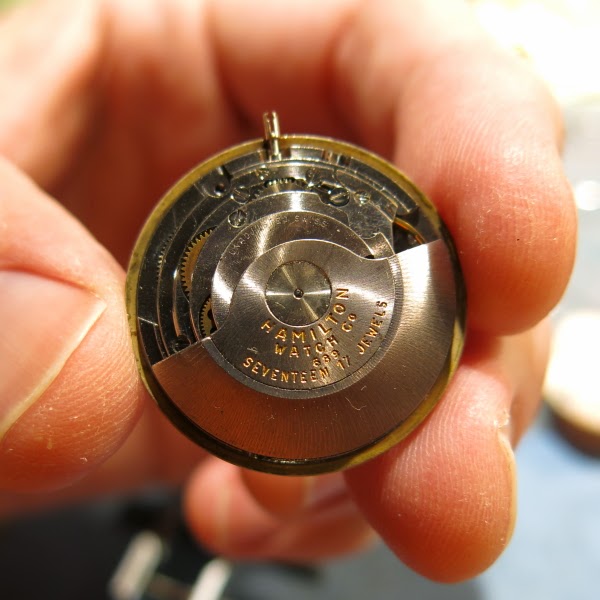 The dial looks pretty good in my photo but it has some spots here and there... maybe it will clean up, maybe not.  We'll see.  I really like the arrow-tipped second hand.  That seems to be a nod to Hamilton's past as it was much more common on the 1940's and early 1950's models. 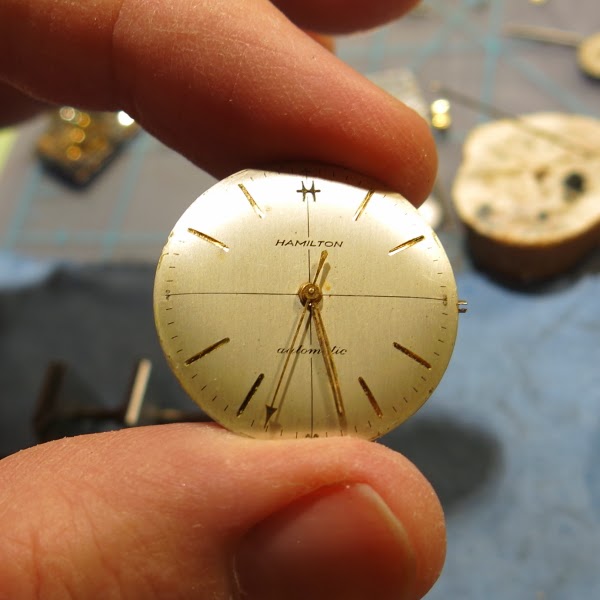 Everything is taken apart and thoroughly cleaned and dried.  Now it's ready to go back together. 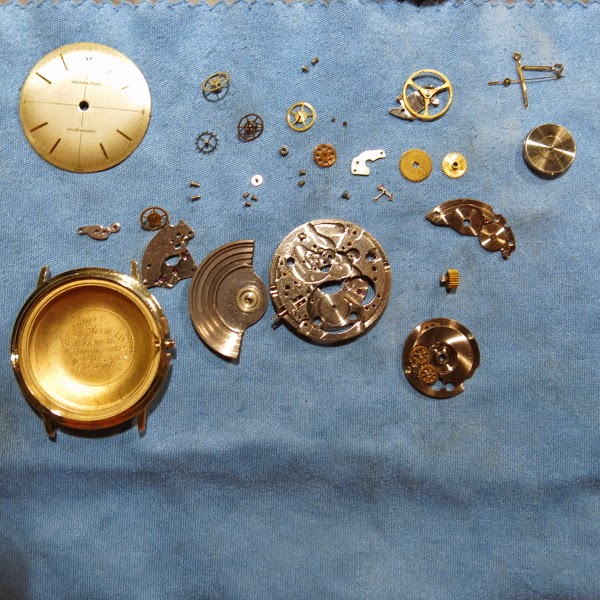 Without the rotor in place, the 689 looks just like a typical manual winding movement and it will operate the same way.  The balance has been reinstalled and it's purring like a kitten. A simple tweak to the regulator will speed up the beat rate.  Otherwise everything looks good. 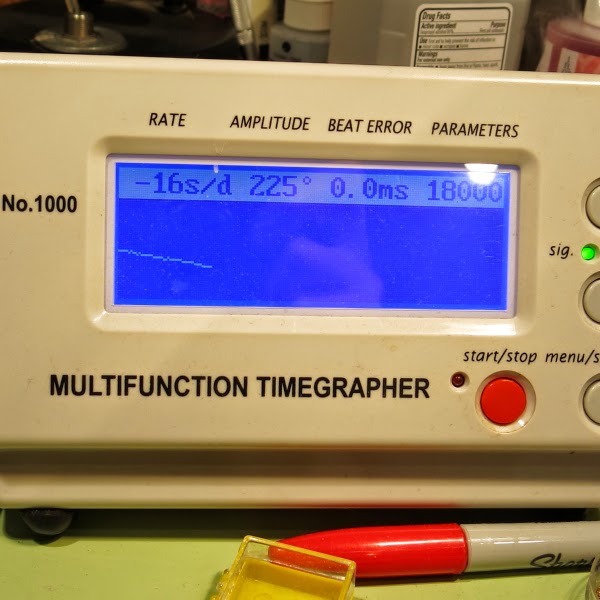 With the movement regulated I can put the rotor back on.  The balance is under the oscillating weight so you can't see it.  It's a pain to try to regulate the watch with the rotor in place as the carrier partially blocks the balance.  That part was changed on the 698A and it's a little easier to tweak the regulator on a 689A. 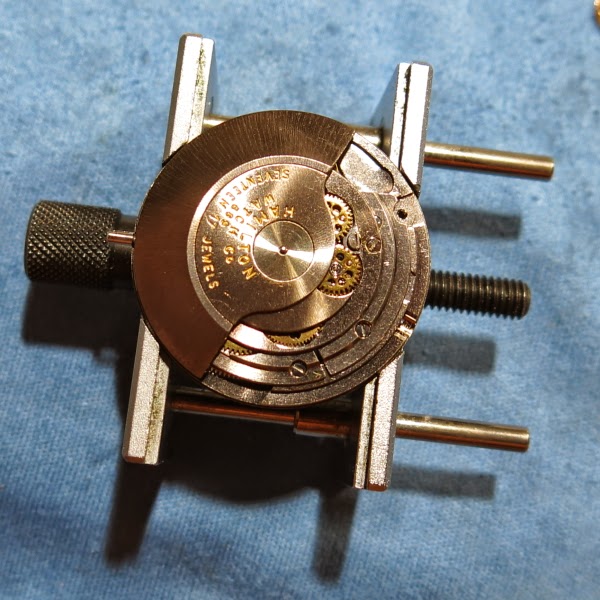 The movement and dial go back into the case and I can then install the hands since I have the benefit of a crown to set the time to 12:00 - that way I know they are synchronized. 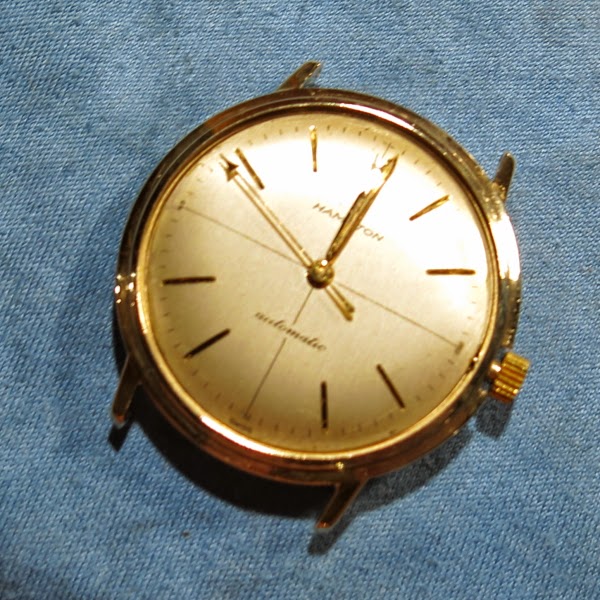 A new 29.3mm high dome GS acrylic crystal will be a nice finishing touch and will seal the watch up tight again. 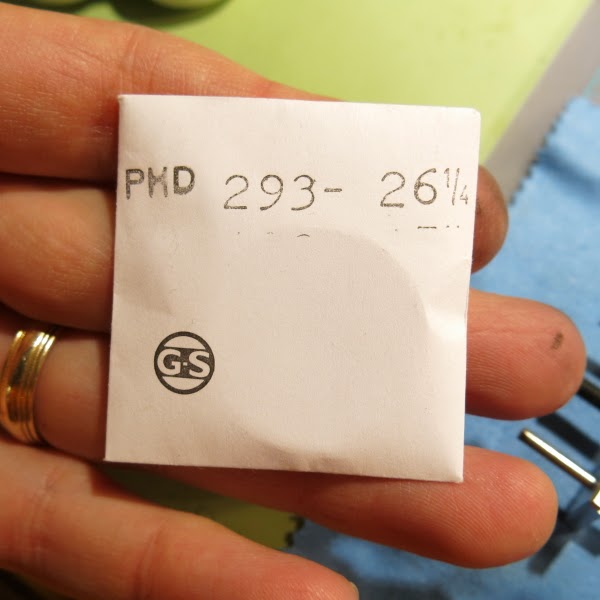 A genuine croc strap is a nice complement to M115-2.  The lugs are fairly short though so I had to curve my spring bars in order to install the strap. 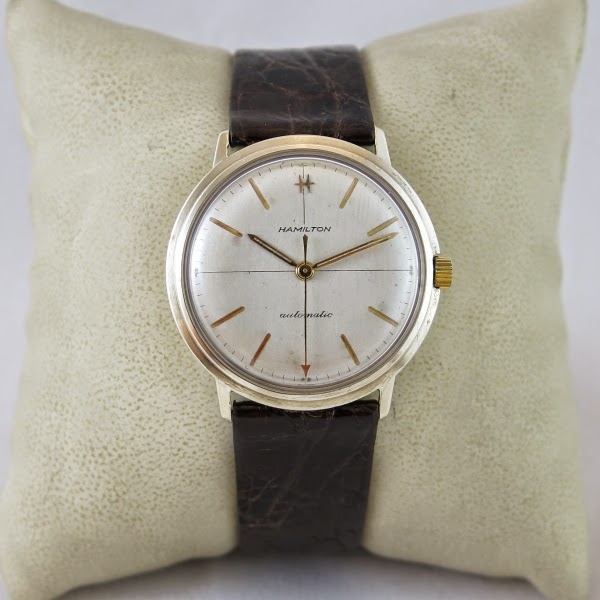 While I was looking up the info needed for this blog post I realized the original bracelet on the M115-2 looked vaguely familiar.  I went back into my workshop and dug through the extra bracelets I've acquired and sure enough, I have an original Kreisler bracelet for this watch.  I save my croc strap for a future project. 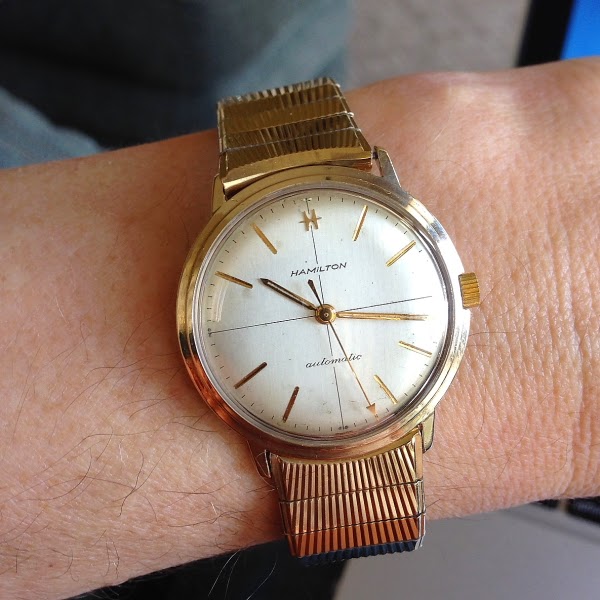