The Lord Lancaster line of watches was introduced in 1963 and was comprised of various models that all featured diamonds on the dials.

Diamonds were first offered on dials in the 1940s as special features added to otherwise plain models but it wasn't until the Lord Lancaster line came along that diamonds were the principle feature of the model. 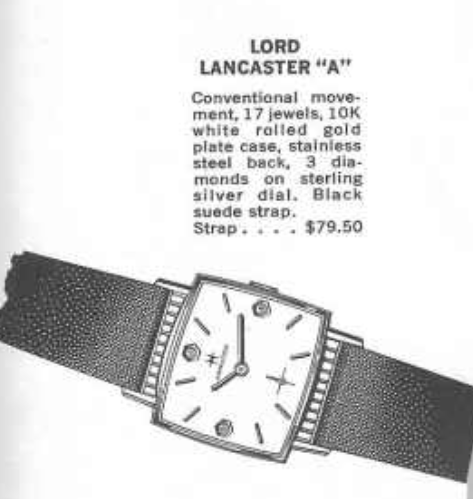 The Lord Lancaster A came with a 10K white rolled gold plated bezel and a stainless steel back.

Tucked inside the case is a 17 jewel Swiss-made Hamilton 686 movement.

You see a lot more Garys than you do Lord Lancaster As.  They are few and far between but not necessarily rare.

I recently purchased a Gary project watch.  In fact, there were two different watches sold within a day or two of each other and I was fortunate enough to snag one of them.  As it was received, it was in very good shape.  Unfortunately the minute hand was out of position and the tip lightly rubbed the crystal, leaving a slight circle on the inside. 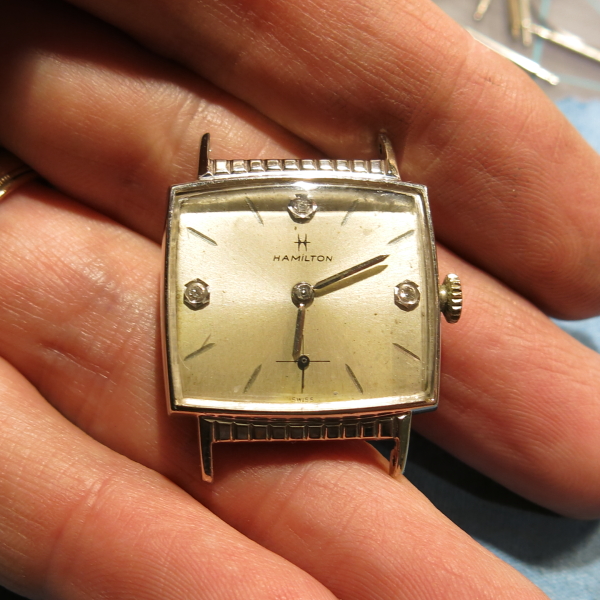 The stainless steel back is unengraved and looks almost new with a light brushed finish. 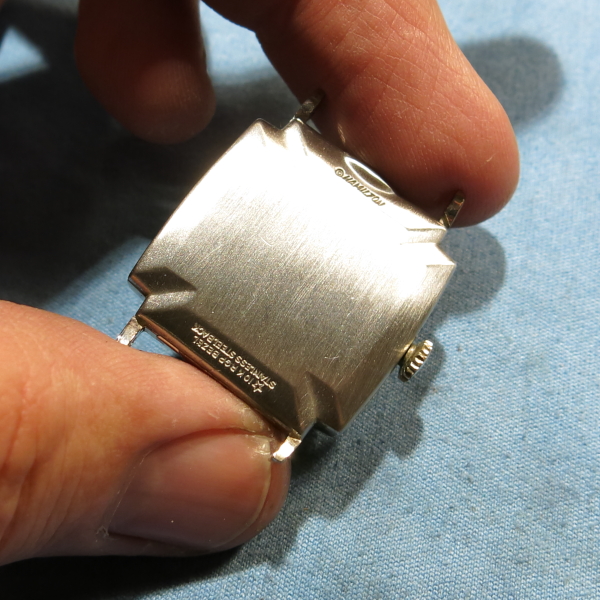 The 686 movement is based on the A. Schild 1200.  This one is a little dirty but otherwise looks unremarkable.  It's a very simple movement and very easy to a adjust so fine-tuning it is a breeze. 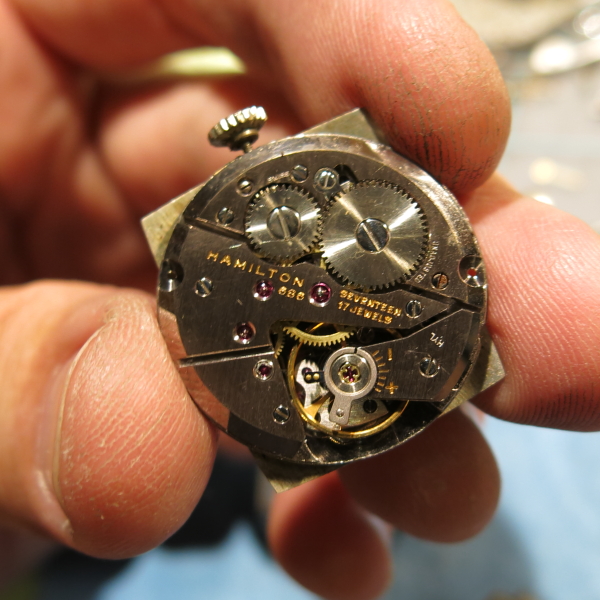 Everything has been cleaned and dried.  I was able to polish the inside of the plastic crystal and buff the circular scratch out.  So now it's just a matter of putting it all back together with fresh lubricants. 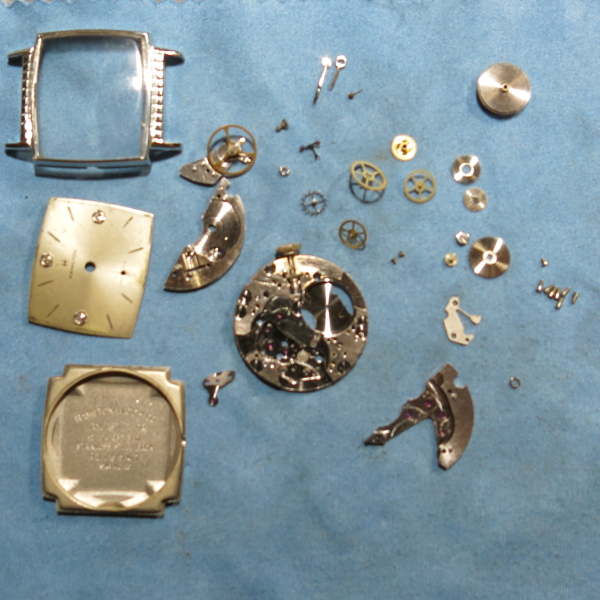 Everything is back together and the balance is swinging with good motion.  Now it's off to the timer. 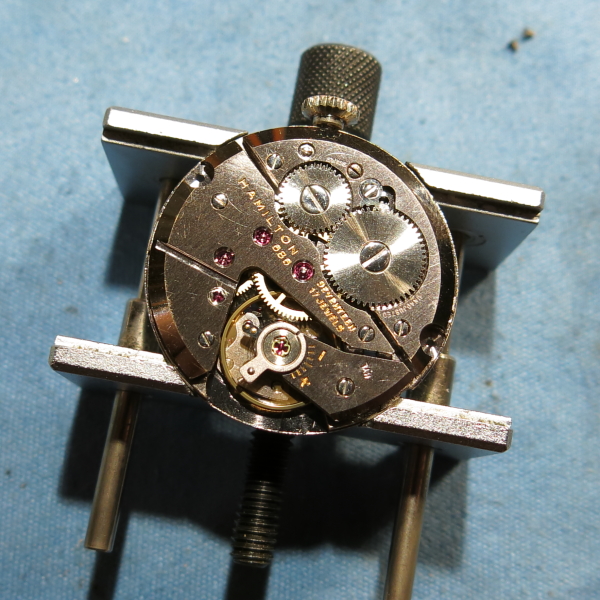 Right on the money... nothing to do with this movement but put it back in the case. 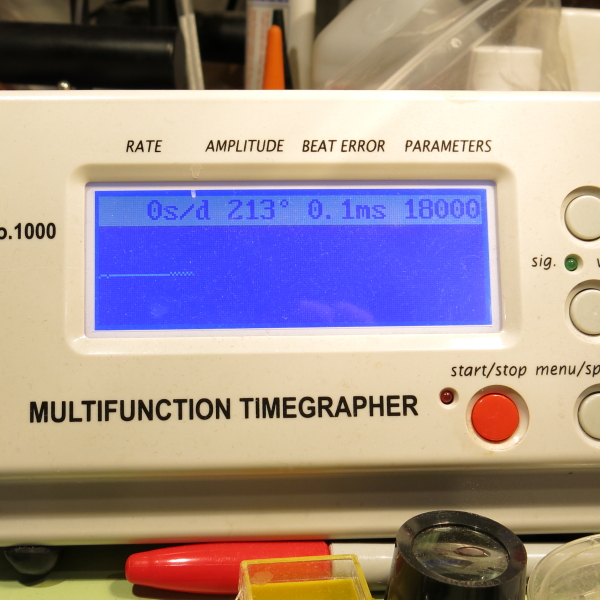 The dial on this example shows it's age but my camera makes it look worse than it really is.  It has a few light spots but otherwise looks pretty good.  The Lord Lancaster models usually came with black suede straps but I think this black croc-grain strap looks just as good. 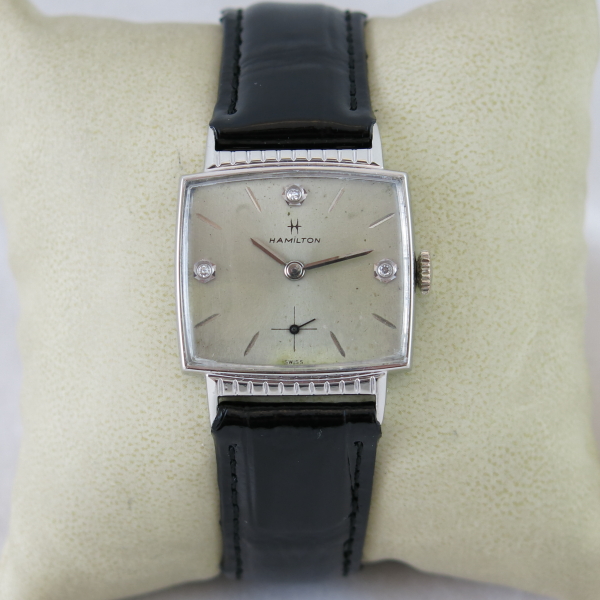