That last statement would only be sort-of true.  The first use of stainless steel was actually the 1941 Lexington and there were a handful of other all-stainless models prior to 1954 (like the Steeldon and Clinton, et al).  But it was 1954 that introduced gold watches with a stainless steel back.

Stainless steel served two purposes.  First it was very durable - and durableness is important for a case back.  Second, it was less expensive than a gold or gold-filled case back.

It seems a little odd to use stainless steel on an otherwise solid gold watch but it was used with with solid 18K, 14K and 10K models.  I guess the logic was stainless steel was a non-visible way to minimize a watch's cost while not compromising the overall design aesthetic.

The first solid 10K model with a stainless back was the 1954 Automatic K-350.  It was only produced for a single year. 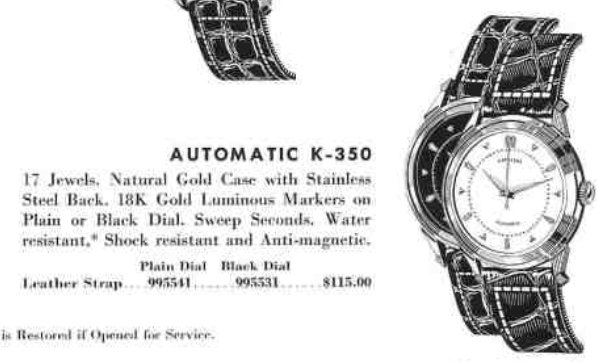 The K-350 was available with either a butler-finished dial or a black finished dial.  It featured solid 18K gold markers.

Tucked inside the K-350 you will find a Swiss-made Hamilton 661 movement with 17 jewels.  This grade is used in the majority of models in the Automatic K-series line.

I recently received an example of a K-350 from a fellow collector.  It was a new arrival for him and he wanted to make sure it was properly serviced before wearing it a lot. 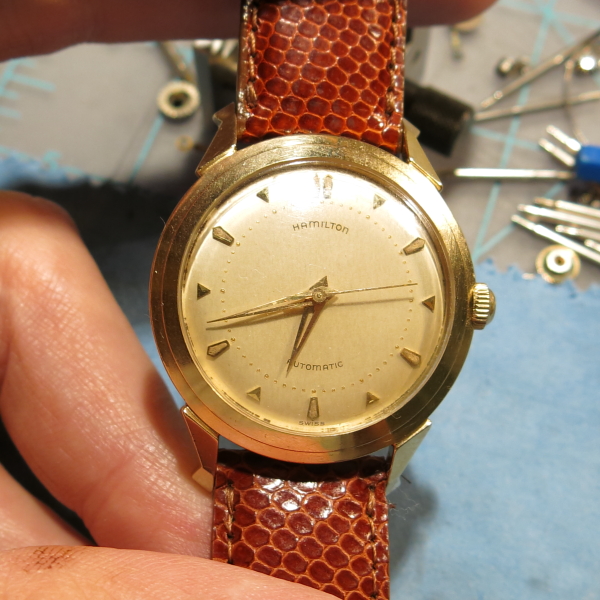 The case back comes in one piece and a case wrench that engages at least two of the slots is needed to open it.  I prefer using an adjustable three-pronged wrench but there are a bunch of different options to open case backs like this. 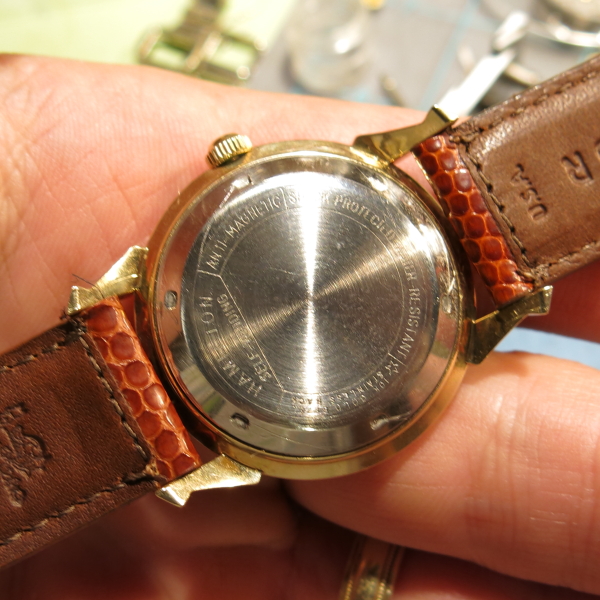 The movement is bright and shiny - that's a good sign.  The gasket got a little smooshed when it was last installed.  I'll try to smooth that out when I reinstall it later. 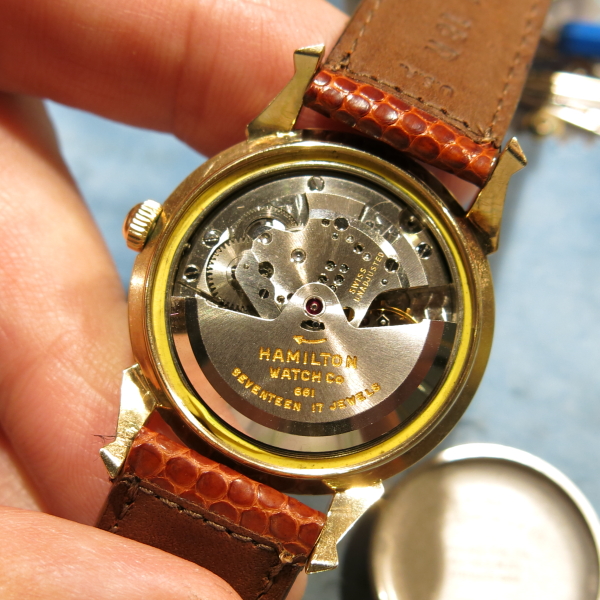 The case back makes it easy to identify what model this is.  I don't see any watchmaker marks inside it so who knows if it has ever seen a watchmaker before me? 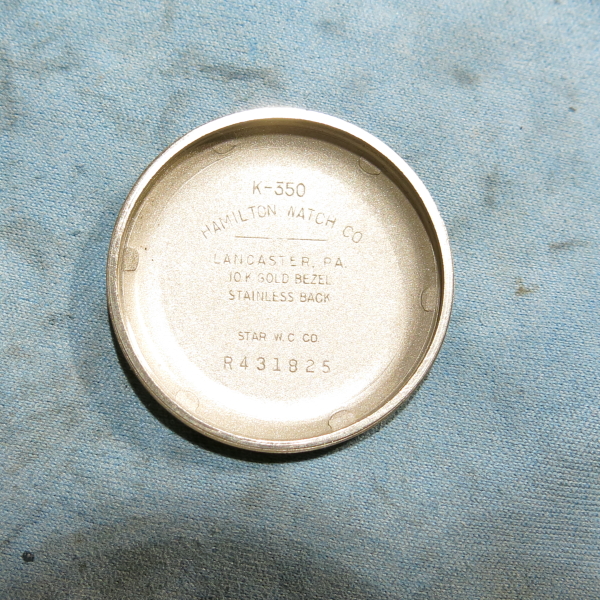 Everything gets taken apart in order to be thoroughly cleaned.  Although the watch looked to be very clean, some of the parts were hard to separate, making me think the old oil had gelled them together. 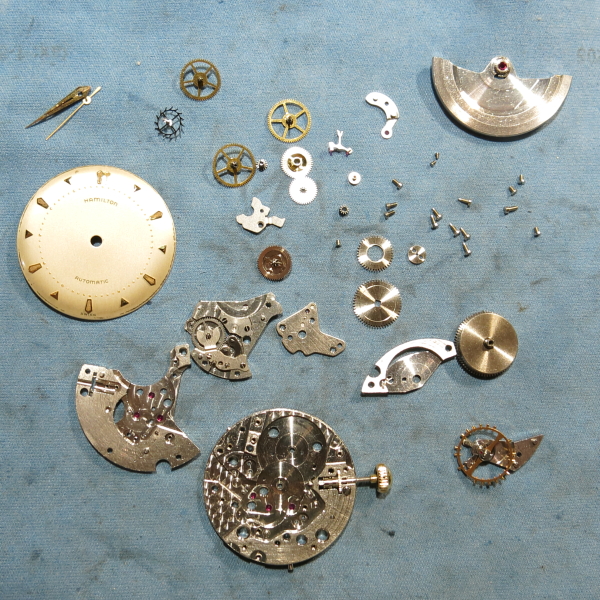 The watch is back together and running nicely - time to see what the timer thinks of it. 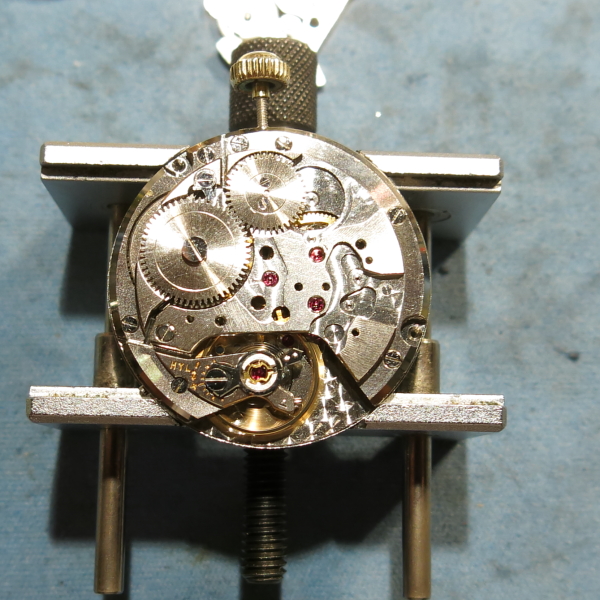 Well, it's running fairly well but it's a little fast at 2+ minutes per day.  This watch is very easy to regulate and it won't take much to slow it down. 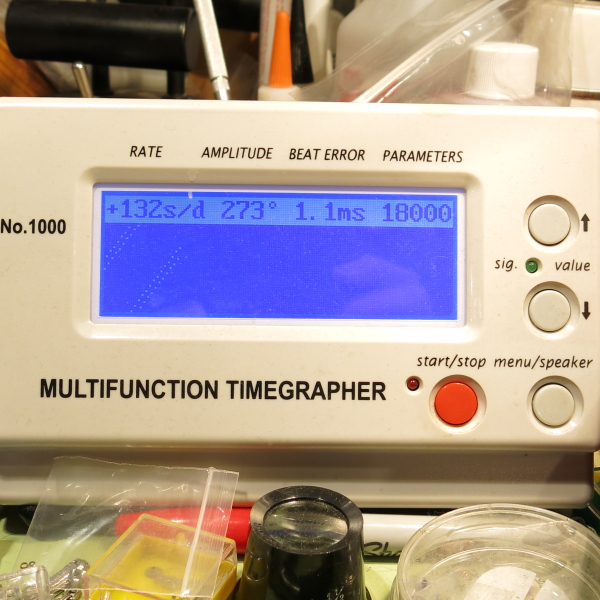 A few tweaks to the regulator brings the beat rate right inline with good amplitude and a low beat error too. 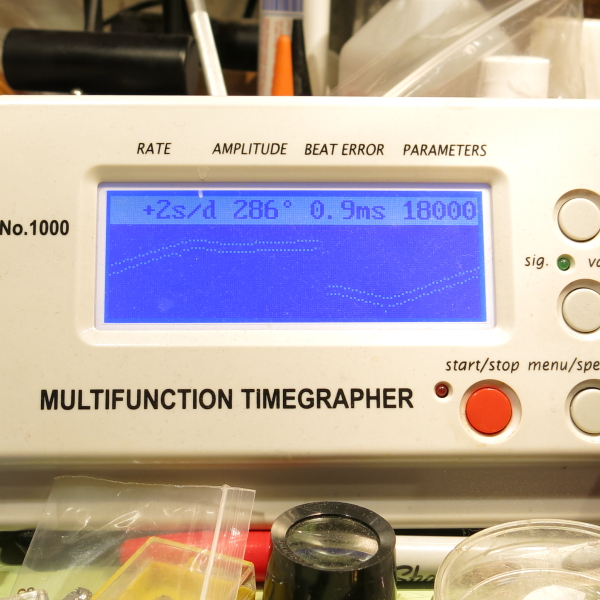 One of the hardest parts of reassembling this movement can be getting the oscillating weight carrier back onto the movement.   I'll put the weight on last, after the movement is back in the case. 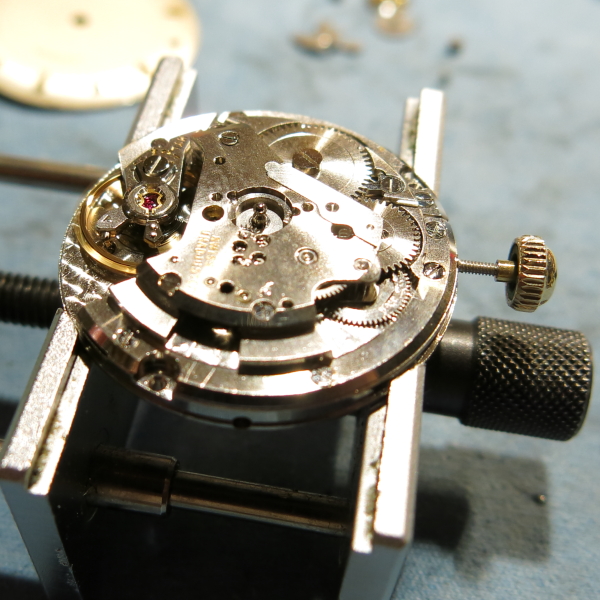 The dial has a couple of very minor spots along the perimeter but otherwise this watch looks fantastic.  My camera usually reveals every minor flaw and this watch looks great.  It's a fine addition to my friend's impressive collection. 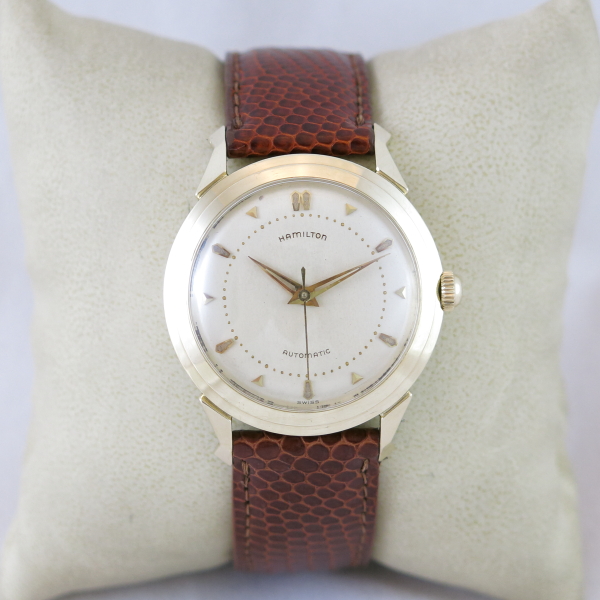