As a testament to the tenuous pre-war environment in the United States, Hamilton's 1941 catalog specifically highlighted three watch models rugged enough for service men - as if foretelling America's future involvement in WWII. 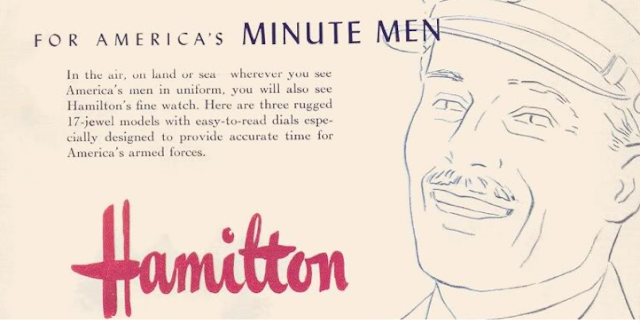 One of the models, the Lexington, was "styled in steel" and Hamilton's first use of stainless steel in a watch.  I don't know the inspiration for the name but it's not hard to imagine it was the US Navy's second aircraft carrier, the USS Lexington, which was sunk in 1942.

The other two military models were the Endicott and the Sentinel.

The catalogs show that the Lexington was only available with a black dial with white numerals and hands.   You will occasionally find examples with a silver dial using black numerals and hands and although it's a sharp looking design, I don't think they are authentic and are likely custom redials.

Even though the Lexington appears to be a round watch, it's actually powered by the 17 jewel, size 14/0, 980 movement that was typically used in the rectangular models in Hamilton's lineup. 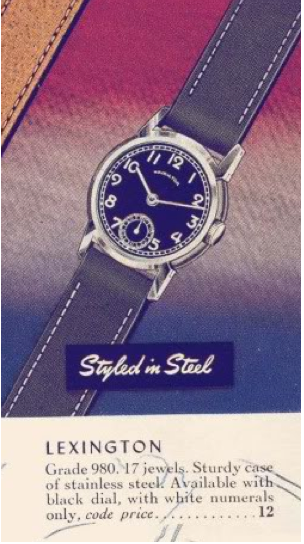 The Lexington is a sharp looking watch.  It was only available in one catalog year - 1941 - after which Hamilton's capacity was dedicated to war production.   It will typically command a premium when available for sale if it's in good shape.

Here's a wrist shot of mine. 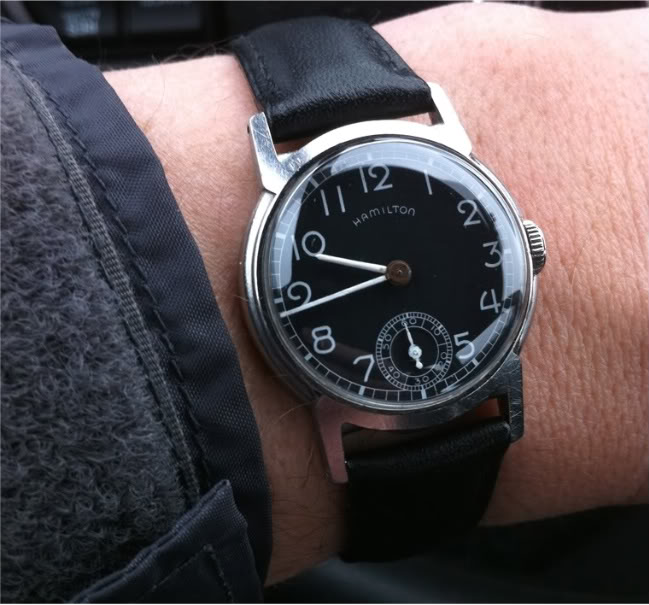