I think it's interesting how so many models were uncatalogued.  Certainly there aren't as many as those that were catalogued - but still - there are plenty of unique models with very little documentation.

Take for example the 1968-ish Thinline 6588.  Based on the movement used and when it was offered, I would guesstimate it at being from this era.

The way to tell if a Hamilton model is authentic is to look at the inside of the case back.  It should say "Hamilton Watch Co. Lancaster PA" along with the case material and serial number(s).  Models may not have been catalogued because they were intended for presentation awards or a special market... perhaps international or even a private retail chain.

In any event, I know the Thinline 6588 exists because I have seen other examples from other collectors, including one with it's original sticker on the case back.

I recently picked up a Thinline 6588 and I believe it came with it's original Kreisler bracelet.  I think it's original because it's neatly trimmed to fit the lugs, it's engraving matches the florentine engraving on the bezel, it's made my Kreisler - a common provider of Hamilton bracelets, and I've seen other 6588's with the same bracelet.  I don't know for sure though - as there is no catalog image to compare it with - but I'd be willing to bet lunch money on it. 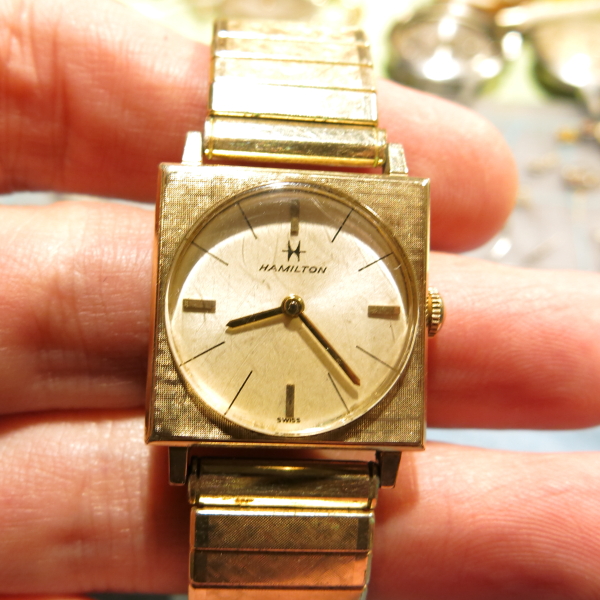 The case back is stainless steel, the bezel is 10K RGP. 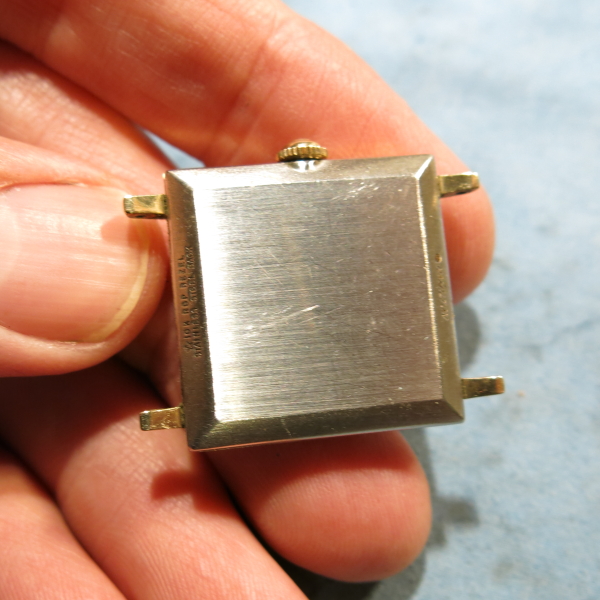 The dial is in very nice shape but there is a rub mark from the bezel opening.  I should be able to clean it up a little but you can't really see the marks with the watch assembled. 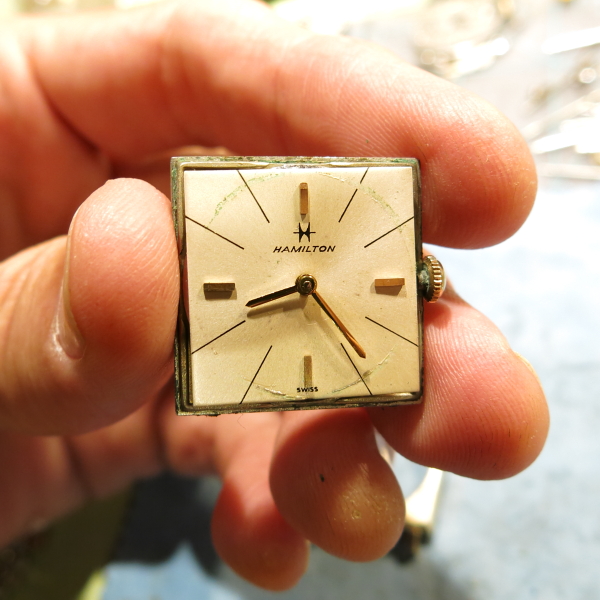 The 17 jewel 681 is not very large - probably a smidgen bigger than a Nickel and definitely smaller than a Quarter.  It doesn't look like this one has been cleaned in a long time - if ever. 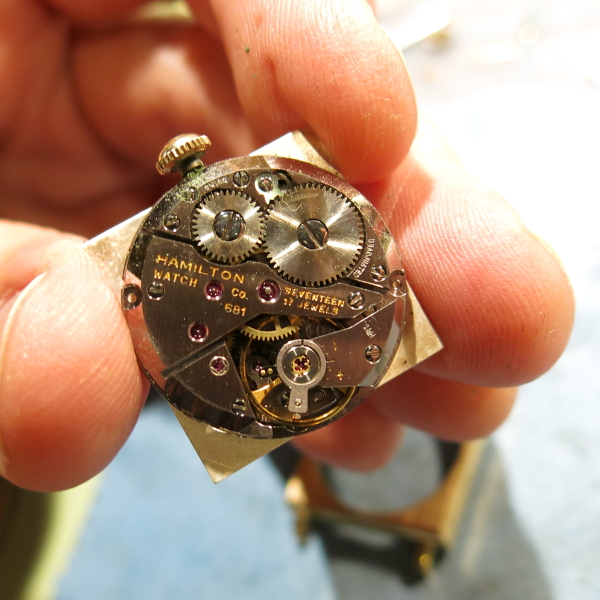 There are no watchmaker's marks inside the case back - I bet I'm the first person to touch this movement since it was originally cased 45+ years ago. 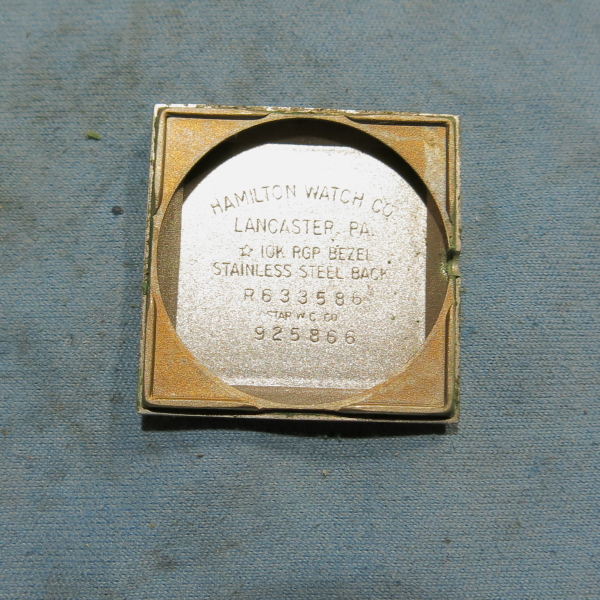 Everything is cleaned and dried.  Not to worry, the dial is reflecting my work light - it actually cleaned up nicely. The freshly lubricated movement is clean and sparkly now.  It appears to be running nicely - we'll see what the timer has to say. 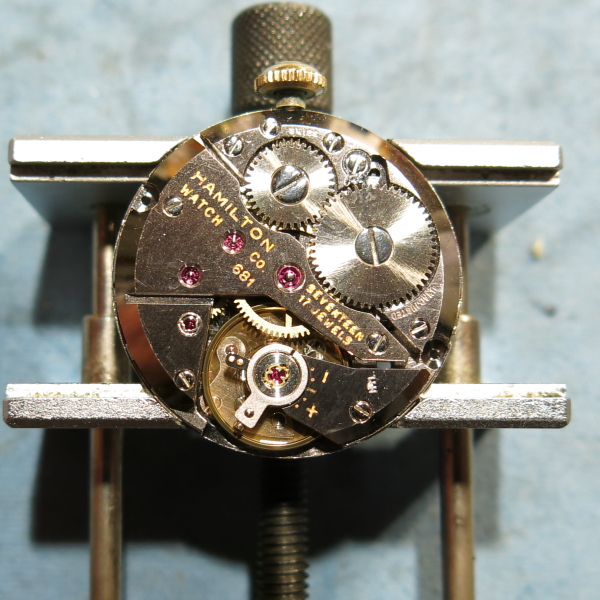 Not too shabby... the beat rate is a little slow at -13 seconds per day.  The amplitude is fine and the beat error of 0.7ms is acceptable too... although it is easily adjusted. 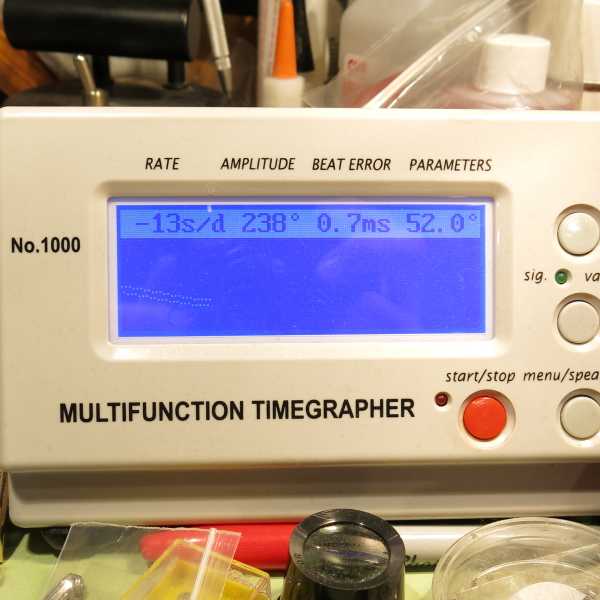 There... I sped it up slightly and was able to reduce the beat error to zero. 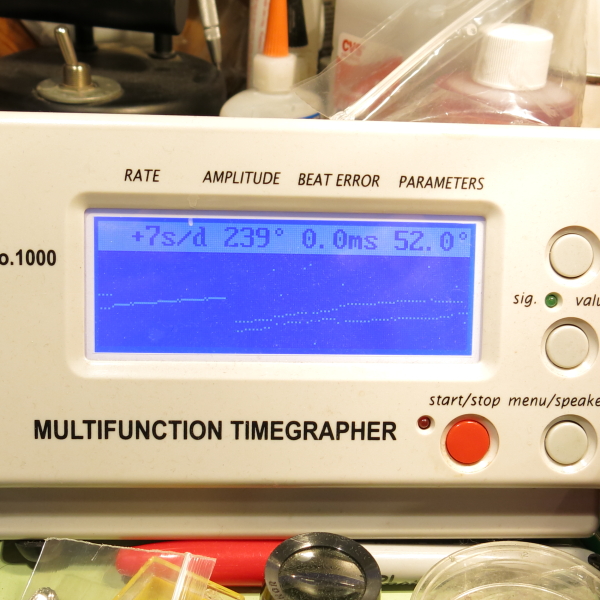 The dial and hands go back on and everything gets tucked back into the case.  This watch turned out very nicely.  It's not a large watch, especially by today's standards.  It's probably better suited to a woman than a man but it's a great example of the model, nonetheless.