After over 475 watch posts I'm occasionally surprised when I realize there are still some models that I've seen in the past that I haven't put on the blog yet.  For example, there's the 1948 Dunham, I've restored several of them over the past few years. but this is the first post on the model.

The Dunham was made from 1948 through 1951 and you'll see them for sale fairly often.  It think is easily confused with other models like the Dexter and the Darrell (which is another model I've restored several times and haven't written a post on... go figure). 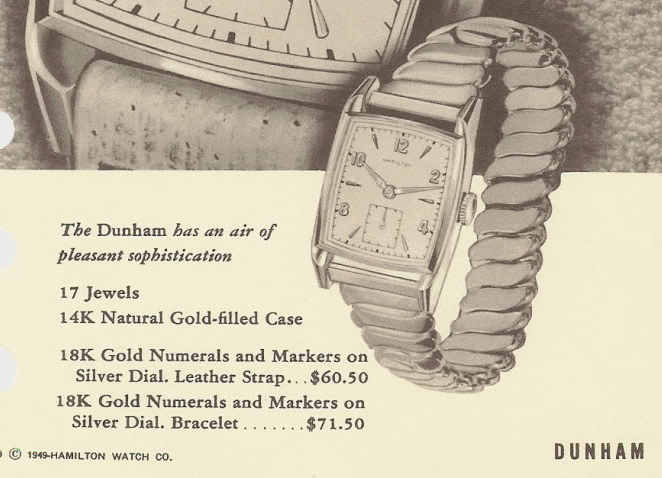 The Dunham came in a 14K gold filled case with a silver butler-finished dial featuring solid 18K gold humerals and markers.  Inside the case is a 17 jewel 747 movement.

I recently landed a Dunham specifically to write about and at first I thought it might have come with an original bracelet.  However, it's not original.  It's probably from the period though and was made in post-WWII Japan.  The photo looks a little blurry but that's mostly because the crystal is totally frosted over. 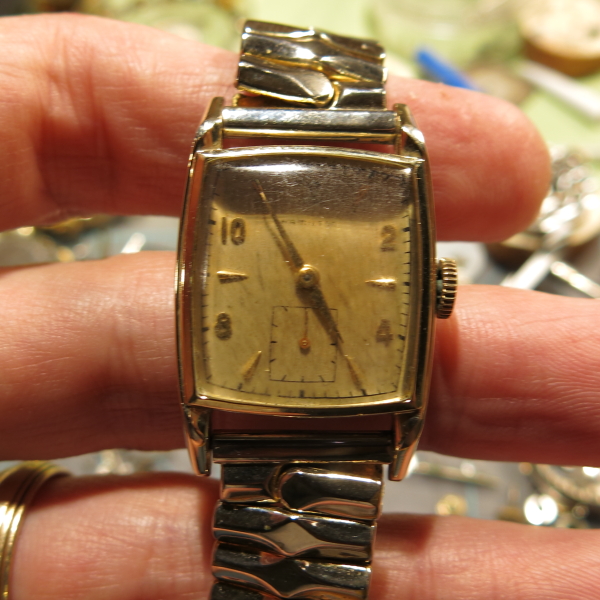 The case back is unengraved and doesn't show too much wear but the back of the lugs show some wear. 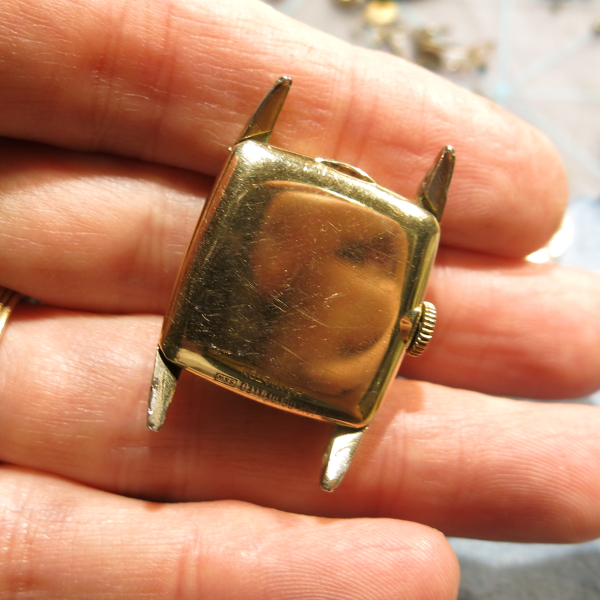 No debate about the benefit of replacing this crystal. 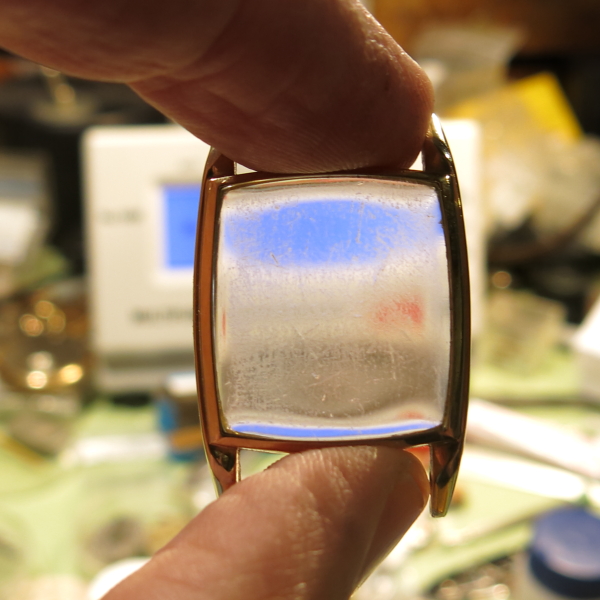 The 747 is a nice movement and this one is in great shape - it just needs a quick trip to the spa and some fresh lubricants inside.  The serial number dates the movement to 1949. 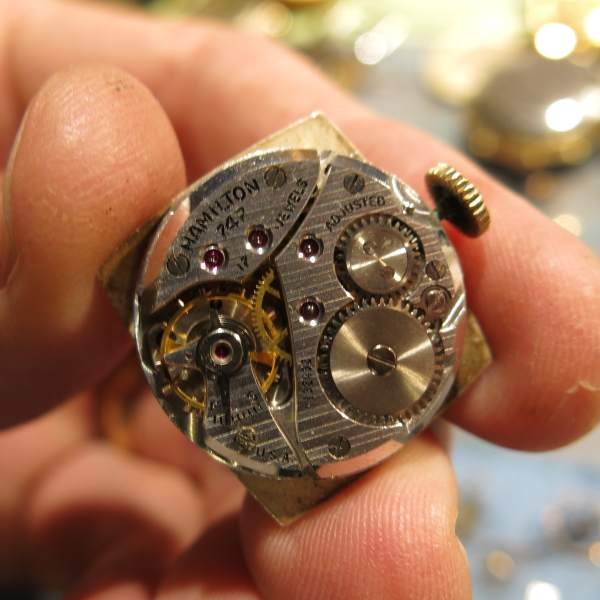 The mainspring inside the barrel was an older style blue steel spring.  Eventually the 747 and 748 got white alloy Dynavar springs but this is either the original spring or it was replaced with a blue steel version along the way. 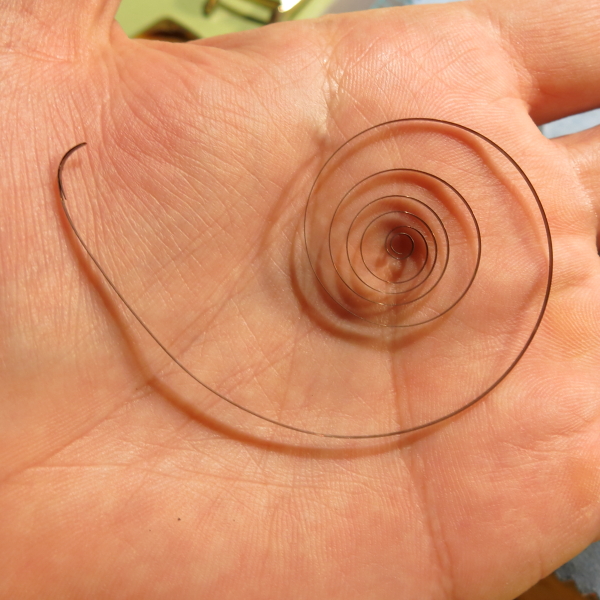 I prefer to use white alloy springs Dynavar springs whenever I can get them. 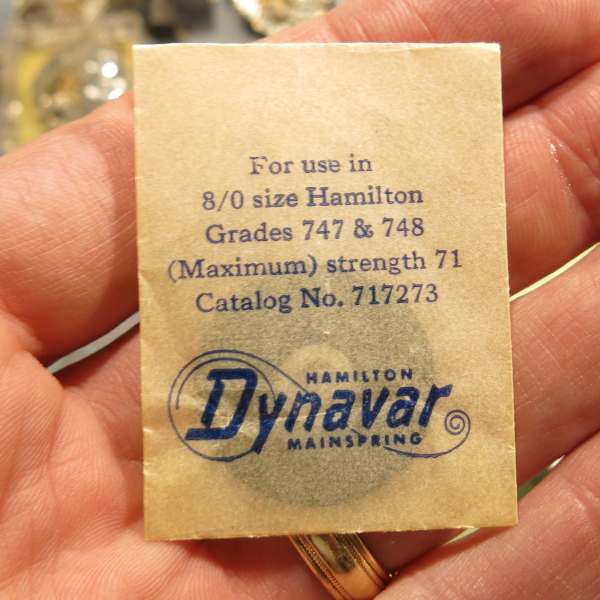 A new glass crystal will make huge difference in this watch's appearance. 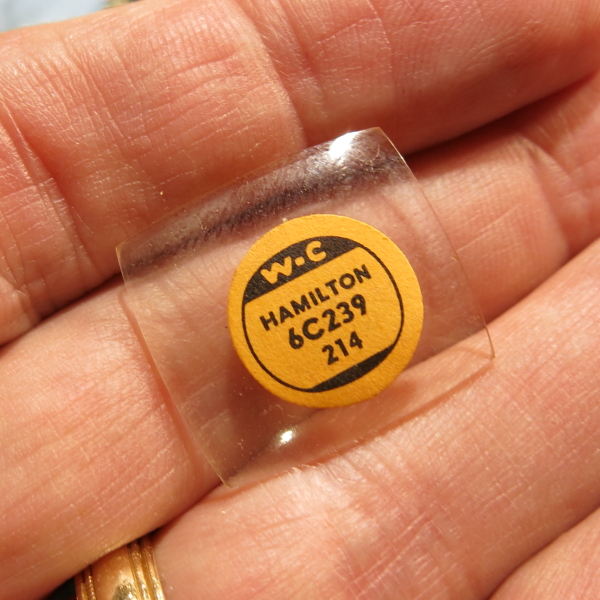 Everything is cleaned and dried.  The 747 is a breeze to work on compared with the automatic models. 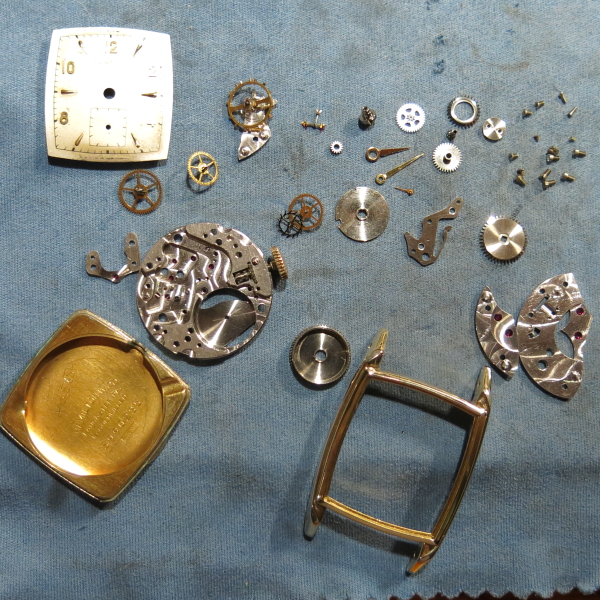 The watch is now running with good motion - it's off to the timer to see how well it's running.  Notice the regulator is a little off center towards Fast, that's not a big worry but you'll see below that it's a factor. 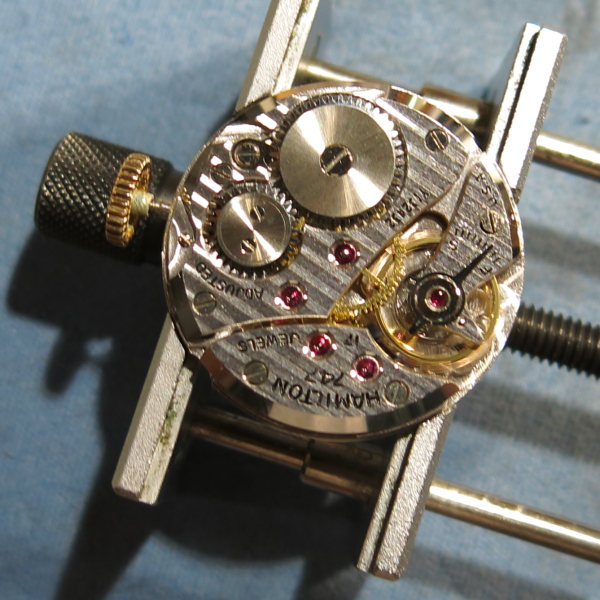 The watch is running just over a minute fast per day.  The amplitude and beat error are excellent though. Just a slight tweak to move the regulator back to center and the watch is right on the money now.  It doesn't get better than this. 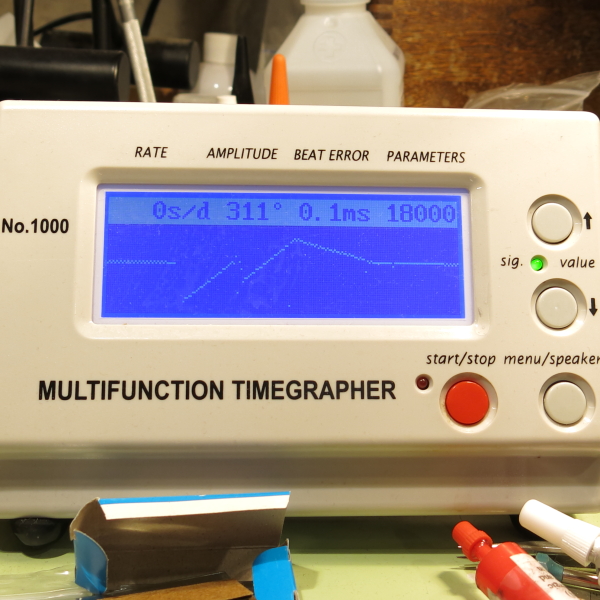 The dial and hands go back on and everything goes back into the case.  A fresh genuine lizard strap completes the restoration.  The dial is original and has a nice even golden patina.  This is a sharp looking, classic 1940's watch. 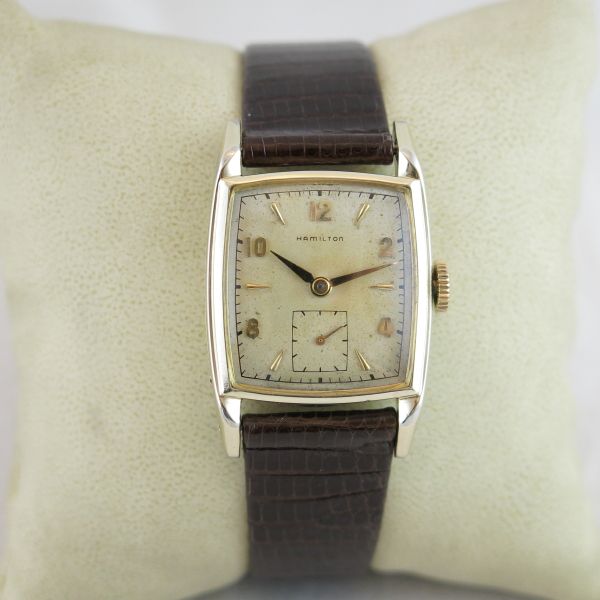