I recently completed restoring a 1949 Dexter.  I picked this watch up in my favorite local shop.  It was missing it's crown, not running and had a very poorly refinished dial.  So poor, in fact, that I wasn't sure that it was even a Hamilton design pattern.

The Dexter was originally introduced in 1949 and produced for three years.  Another Dexter was introduced 10 years later - but that's a totally different model. 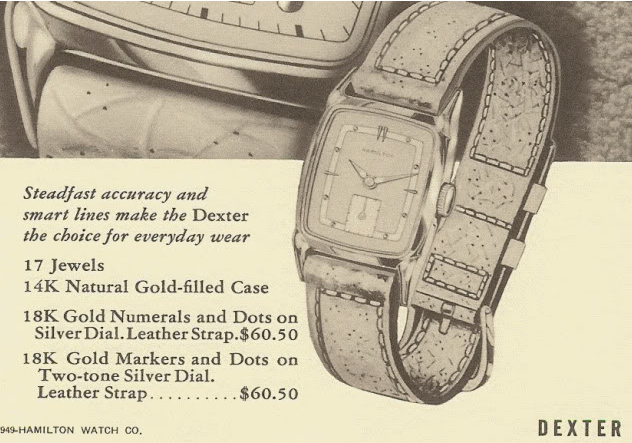 I think most of the Dexters that I have come across have shown at least a little bit of wear through to the  tops of the lugs.  Usually the rest of the case seems to hold up well.

Unfortunately, I neglected to take a "before" shot of my recently completed project watch.  This Dexter needed a lot of TLC to come back to life but with a new glass crystal and a professionally refinished dial, I think it turned out fantastic. 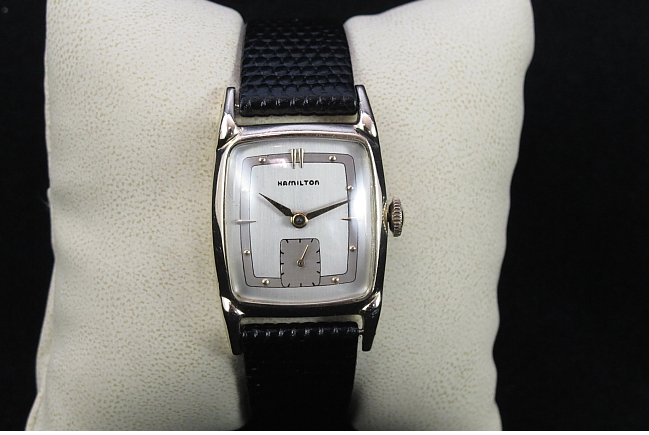 Here's a wrist shot of the numeral dial - I think this is the more common dial pattern that you will find out there. 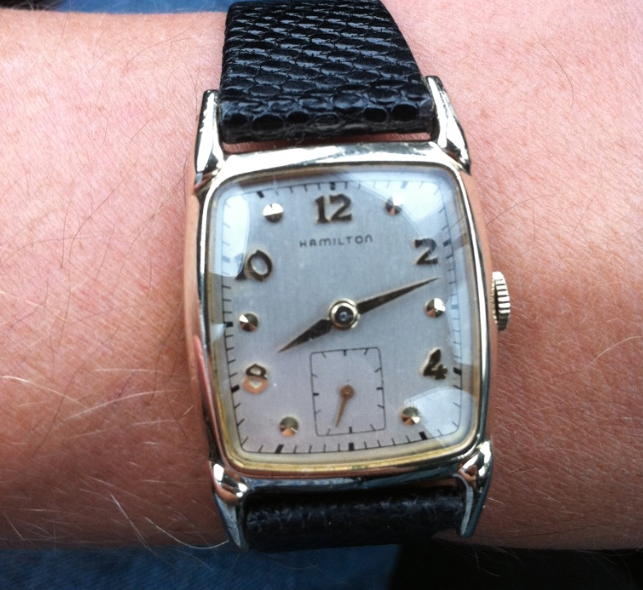 While looking for other photos I came across another project watch that was pretty much the same as the one I just completed - although with a numeral dial.  Note in this before shot that this watch is missing it's crown as well. 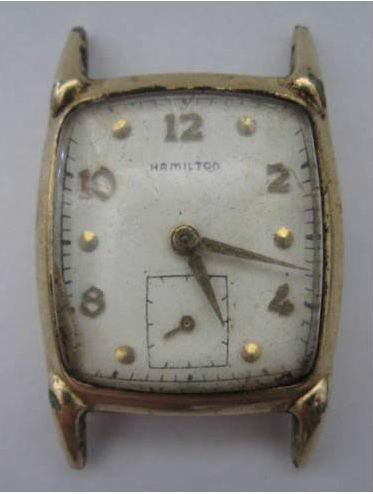 I no longer have this watch but looking at it now I would say the dial is likely an older refinish but it cleaned up very well, as you can see in this "after shot" of the same watch. 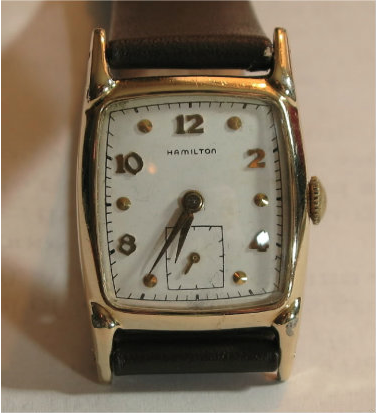