One of the interesting ways to dress up an otherwise ordinary round watch is to add distinctive lugs.  There are lots of examples but a great one is the 1957 Cadet.  It would be a very plain watch if it wasn't for the unique see-through lugs.  They remind me a little of lobster claws. 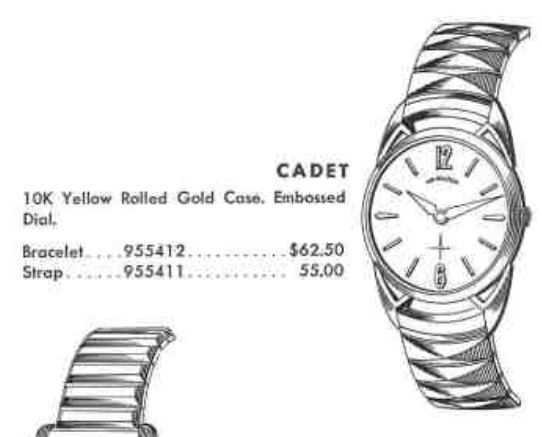 The Cadet came on a bracelet that celebrated the curve of the lugs or you could get it on a strap too.  It was made for only two years, 1957 and 1958.

The model is unique in that it's got a two piece rolled gold plated case.  Most of the time RGP models had stainless steel backs - but not the Cadet.

My Cadet project watch appears to be in decent shape.  The dial has a milk-chocolate patina - which is odd since the watch has no lume.  The crystal is a bit beat up, just replacing that will be a nice improvement. 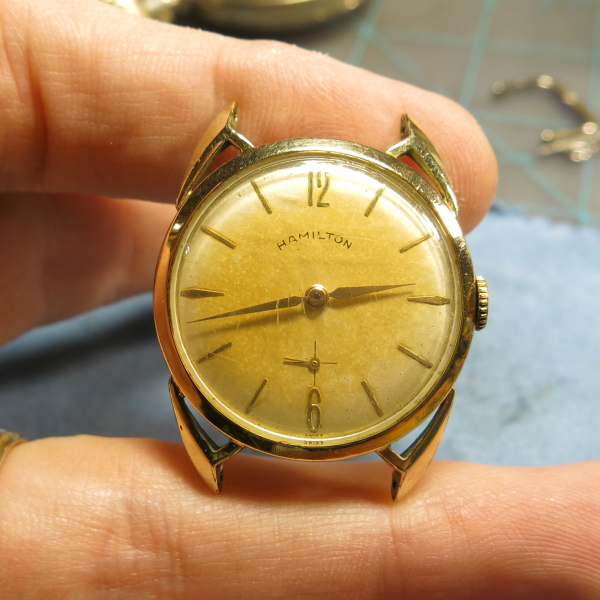 The back looks to be in good shape, especially since it's not stainless steel.  The outside edges of the lugs are worn through though, but not too bad. 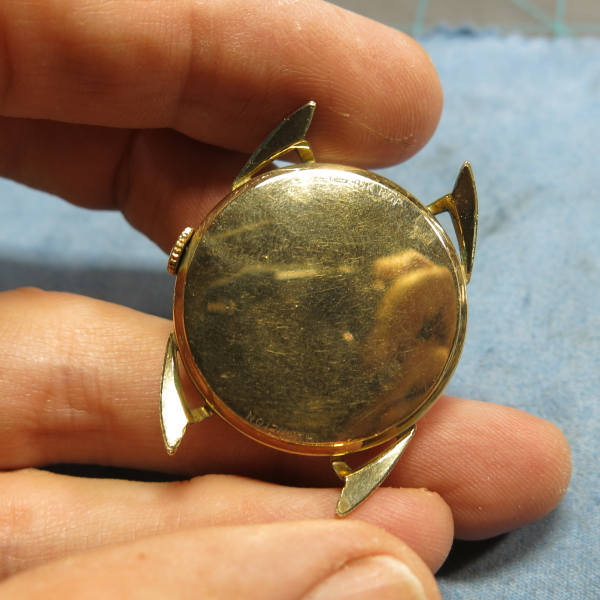 With the bezel removed, you can see the dial is an older refinish.  I can see that because the font for Hamilton isn't correct.  It's also off center - typically the I is centered with the 12 and you can see it's a little too the left on this dial.  Also, the word "SWISS" is a bit smaller than you'd expect on an original dial. 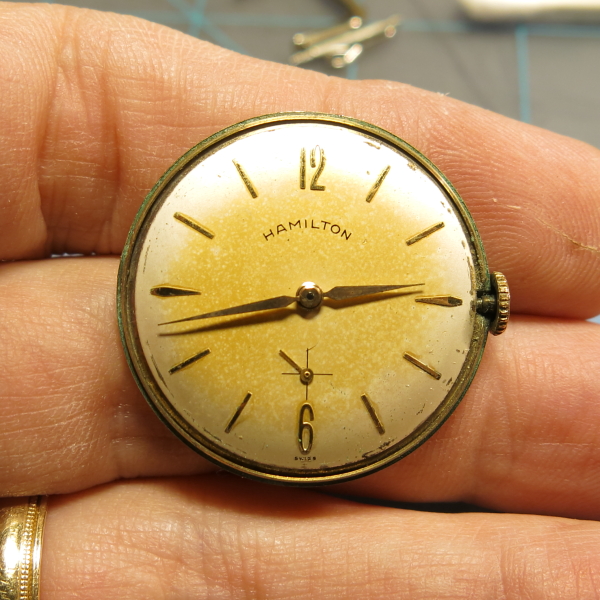 The 673 movement inside is obviously dirty but it should clean up nicely after a trip to the spa. 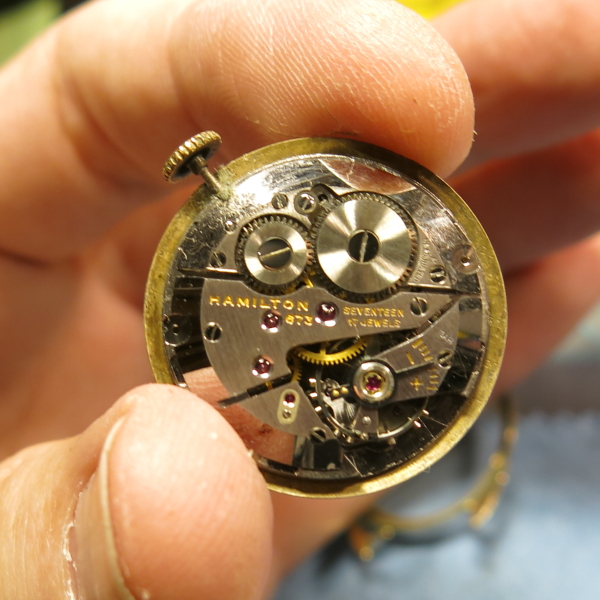 One of the dial foot screws are missing.  There are only two so replacing this one will be a good idea. 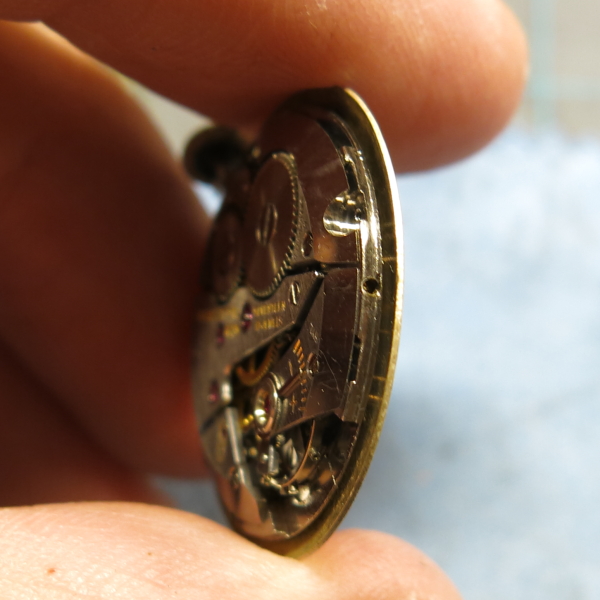 While everything is in the ultrasonic, I'll measure the old crystal and get out a new one to install later.  My micrometer measures in inches so I need to multiply 1.140" by 25.4 to get millimeters. 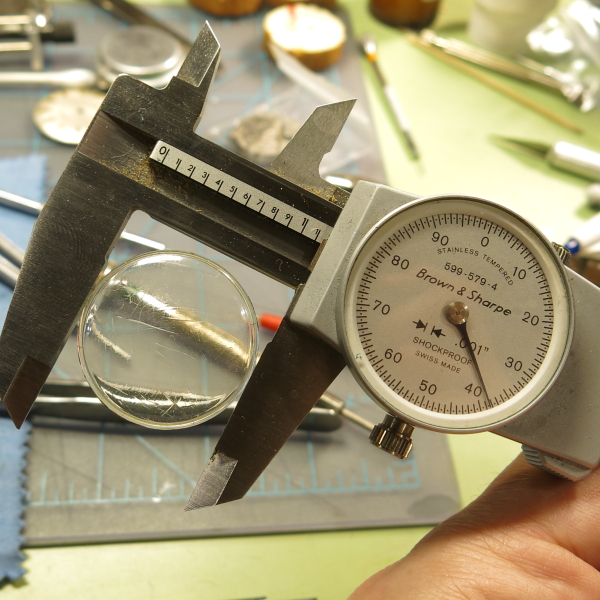 This watch has a low profile crystal so I'll try a PK style instead of a PHD that I typically use on models with sweep second hands. 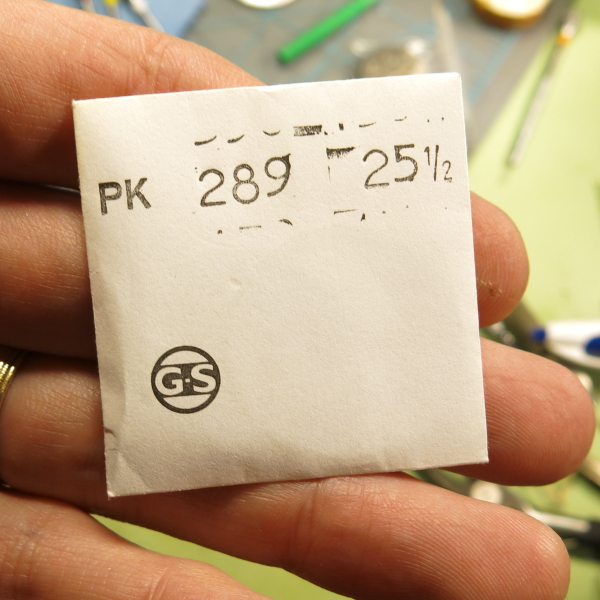 Everything is clean and shiny.  I didn't clean the dial at all... I wouldn't be surprised if the printing came off if I tried to clean it.  Refinished dials don't often respond favorably to cleaning.  Now it time for reassembly. 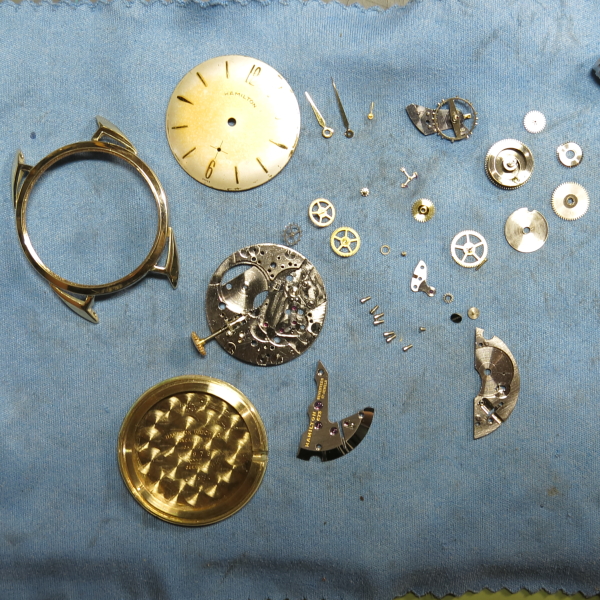 The 673 is a very straightforward design and relatively easy to reassemble.  The watch is now running so it's off to the timer. 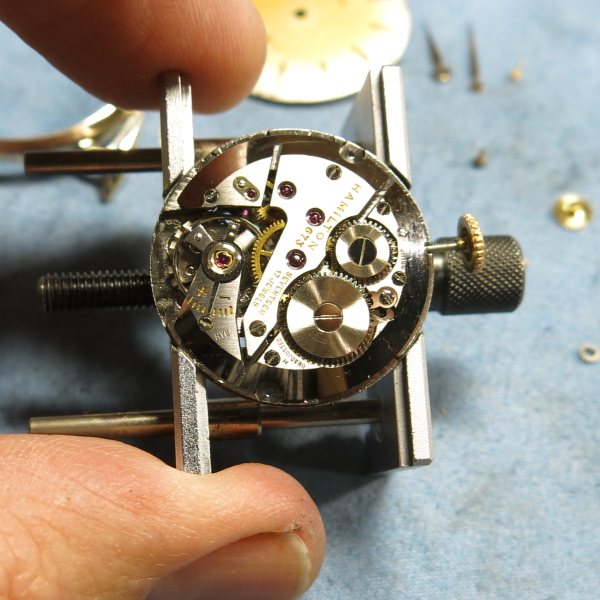 Not too shabby.  I'll leave it like this as it settles down. 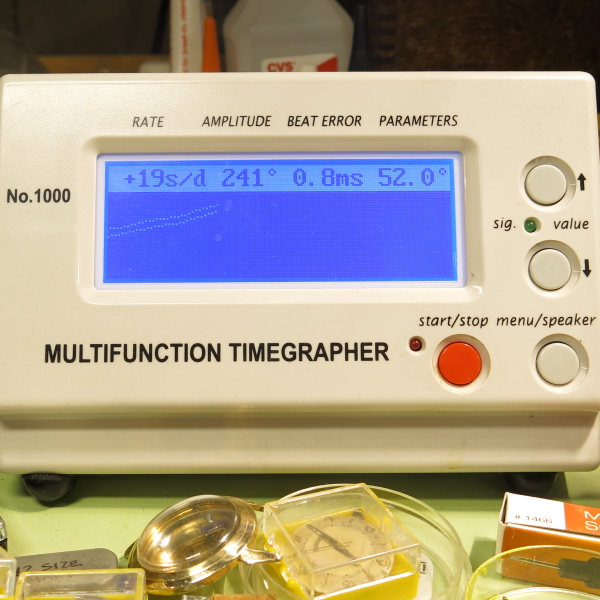 I'll take a dial foot screw from a parts movement.  That will keep the dial secured to the movement. 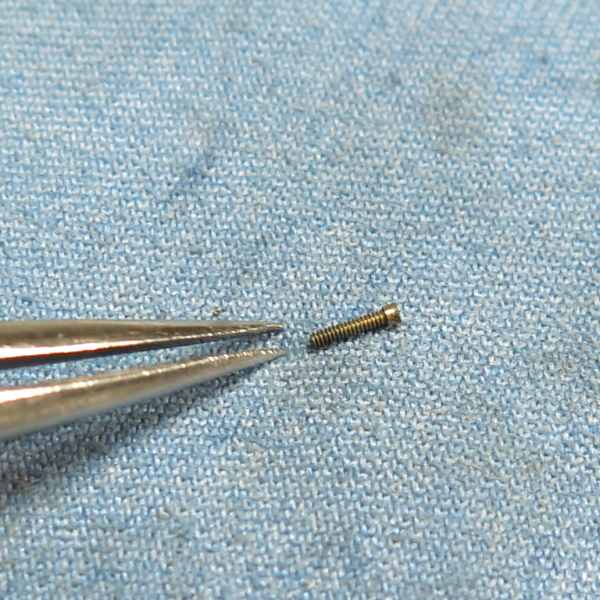 The watch looks fantastic with a new crystal and a fresh strap.  The dial could be refinished to look like new but it's not terrible as is.  I suppose the off-center Hamilton might drive you crazy if you looked at it long enough but other than that, it's a sharp looking watch - especially with those crazy lugs. 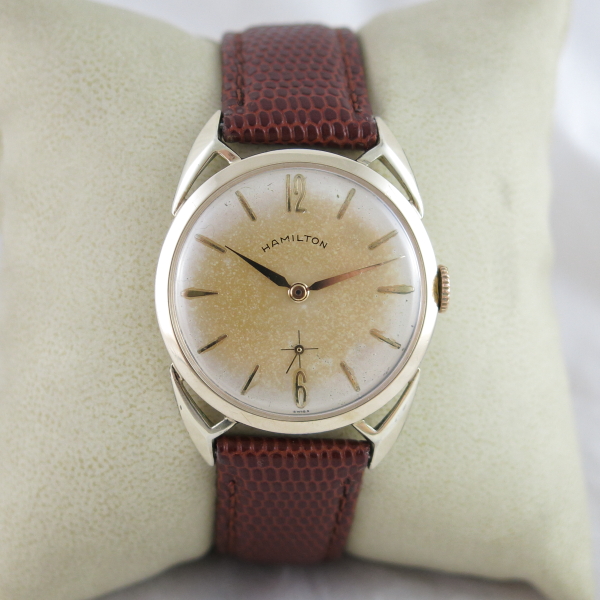 Here's the same watch with a refinished crystal.  It was definitely a nice improvement since the old dial was already an incorrect refinish. 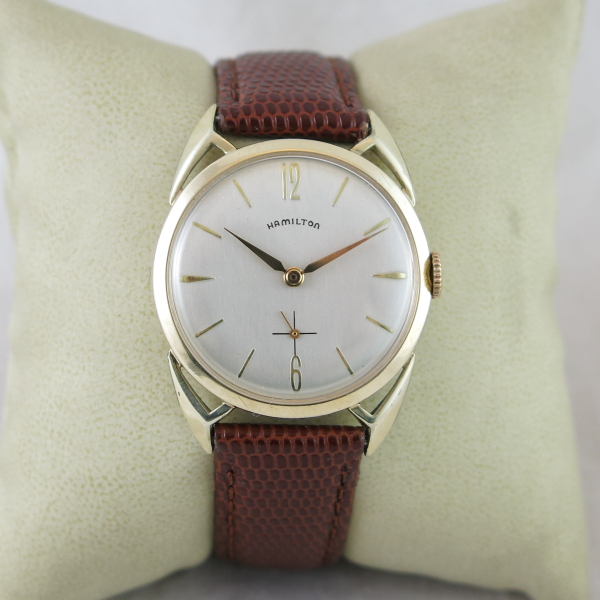