Someone at Hamilton must have had salt water in their veins, as there are 47 "sea somethings" in the Hamilton line up.  You can add a couple of dozen more when you add the other nautical-named models like the Boatswain, Yeoman, and there are 24 various Nautilus models in the Electric series, for example.

One of the "sea somethings" is the 1963 Sea Crest II.  It was produced for two years.  The original Sea Crest came out in 1958 but I haven't covered that one on the blog yet.  There was also a Sea Crest III issued in 1968 that I have covered.

All three Sea Crest models came in stainless steel cases with white dials but from there they are each a little unique.  The Sea Crest II has an all numeral dial and a small sub second hand.  Tucked inside the case is a Hamilton 686 Swiss-made movement based on an A Schild 1200.

A fellow collector recently sent me his Sea Crest II and, like most of his watches, it came with the original bracelet too - which is always fun to sea.  As received it was a little dirty and likely overdue for an overhaul but not too bad. 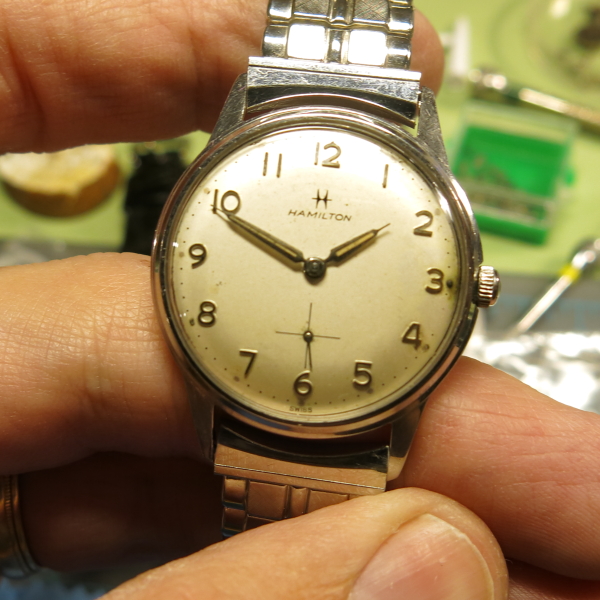 The watch opens through the front so "the claw" is my tool of choice for gaining access to the movement. 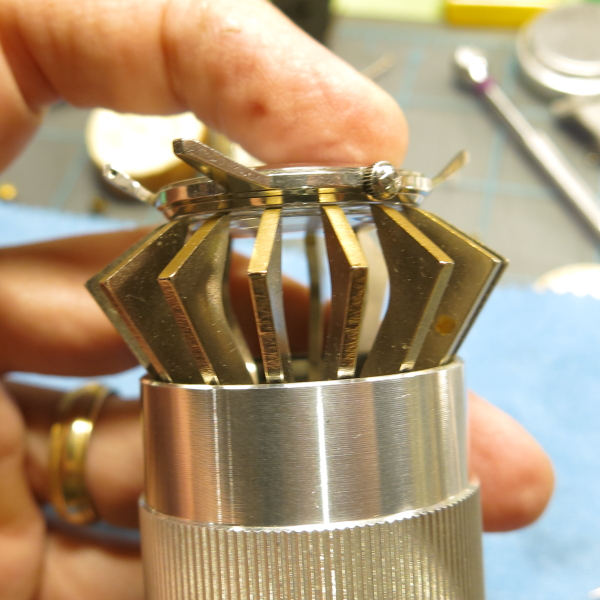 Without the crystal blocking the view, you can see the dial is a little dirty and my camera didn't pick up that the finish is a little different around the number 3.  My friend asked me to give cleaning the dial a shot, as he was on the fence with getting the dial redone.  This dial could be redone nicely since it's not a radial finished dial, so I'll give it my special treatment and a "poor man's refinish" to see if I can improve it. 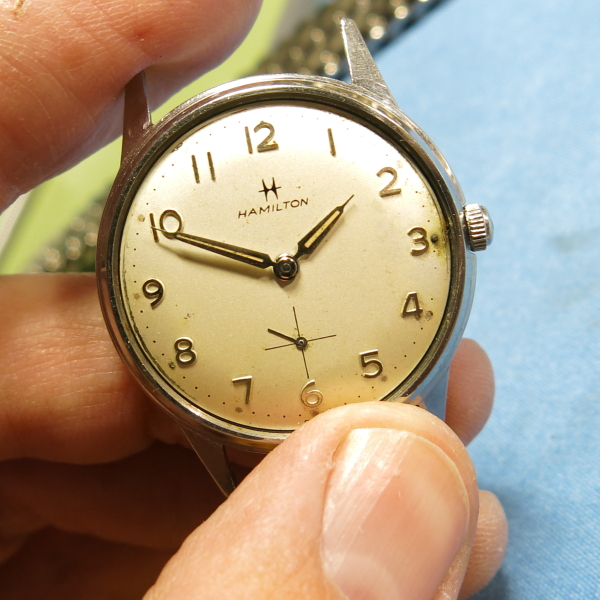 Oh yeah, this is a dirty movement.  No doubt about that. 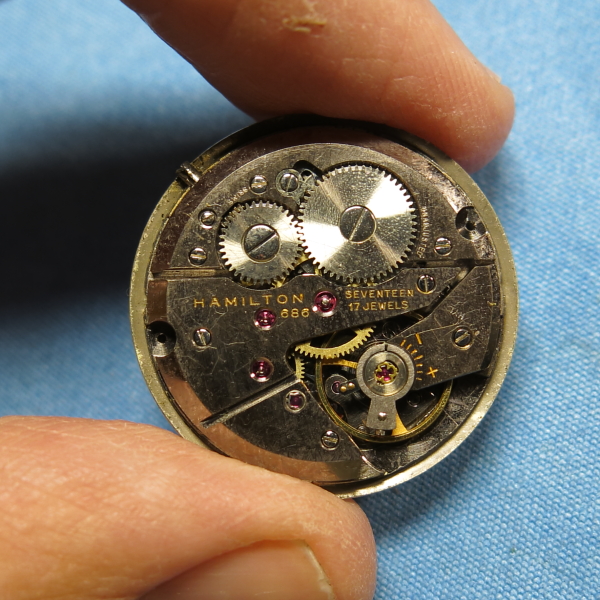 Everything is cleaned and dried.  Next step, reassembly with four different lubricants. 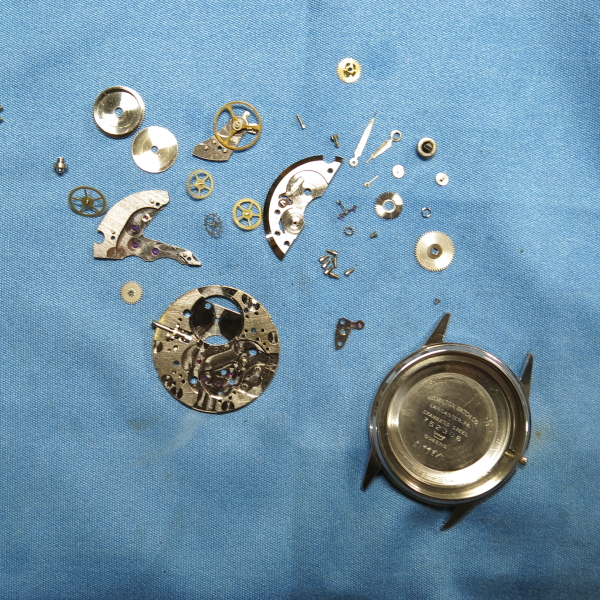 The reassembled watch is running with nice motion.  That's a good sign.  Notice how brighter and shinier the watch is after a trip to the spa. 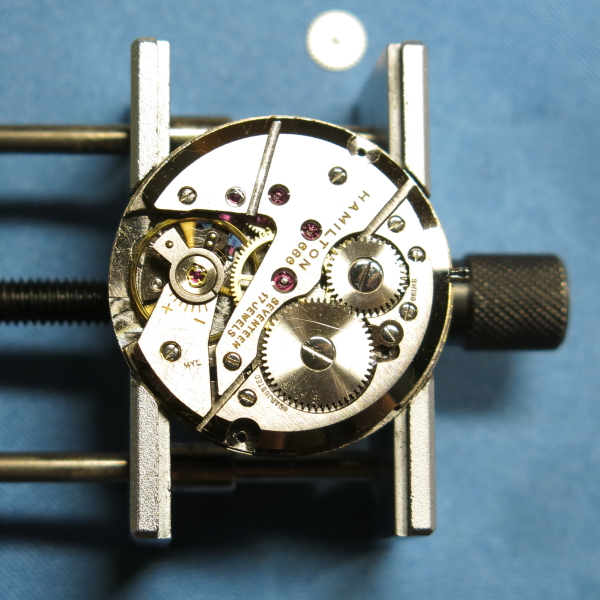 Pretty much right on the money.  The amplitude is a little low but it's over 200 and I haven't wound it fully yet since there is no crown attached to the stem. 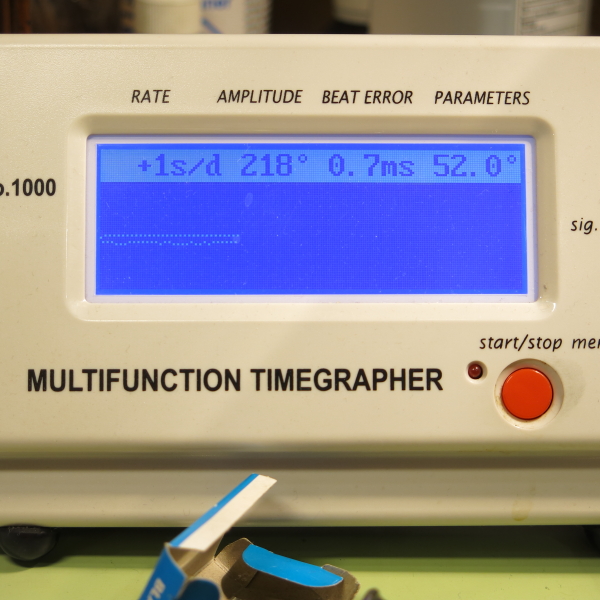 Well, I would say my dial cleaning and light spray of clear lacquer made a nice improvement to the dial.  It still has some of it's original spots but if you were born in 1963 I bet you have a few spots here and there too.  This dial certainly doesn't need to be refinished, that's for sure. 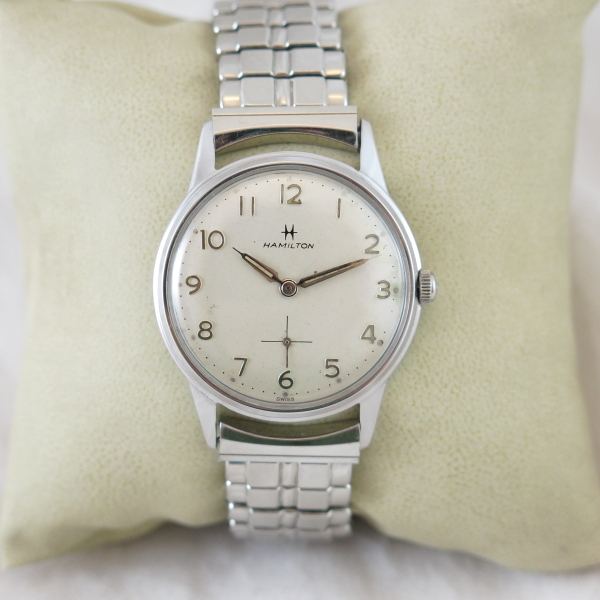