It wasn't unusual for Hamilton employees to work 30 or more years for the company.  So it's conceivable that a few employee careers might have spanned the 40 years between 1930 and 1970.  That means someone might have said, "Hey remember the first style of printed numerals we used?  Let's use those again but on one of our fancy new automatics." 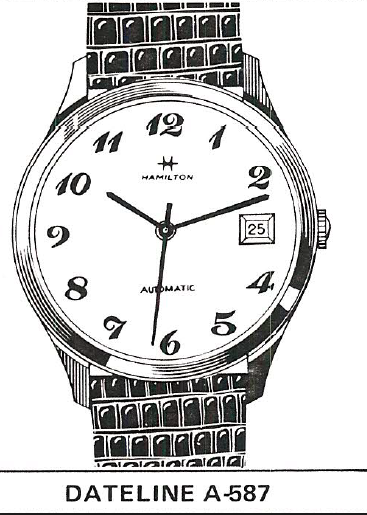 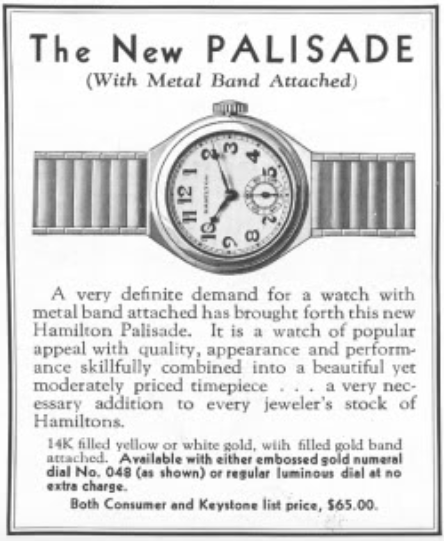 The Dateline A-587 came in a one-piece stainless steel case.  Tucked inside the case is a 17 jewel Hamilton 694A movement made by ETA.

I recently happened upon an A-587 and I was a little confused when I went to identify it.  It's very 1960's looking and the dial is quite distinctive.  I wasn't able to identify it immediately so I thought perhaps it was one of the M-series of models.  However, a fellow collector helped find the error of my ways and I found it in the 1971 catalog.

As received, the watch was rather beat up looking - or at least the crystal was - but the rest of it was in great shape. 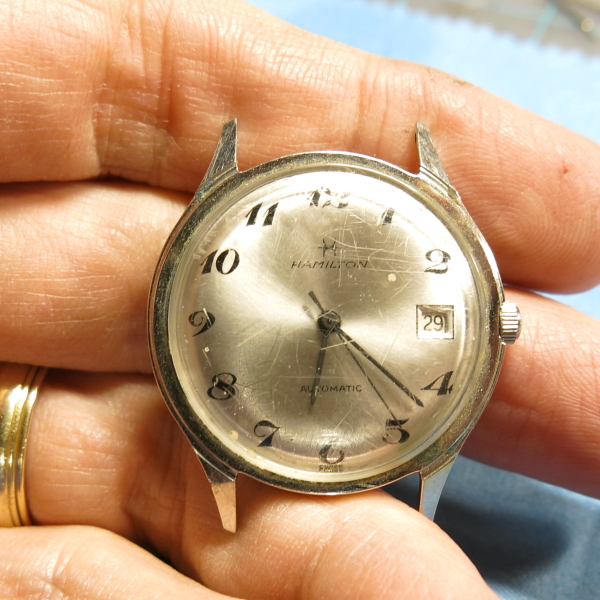 The one-piece case is unmarked by any previous attempts to open it incorrectly.  Check out the model number... 986064.  That was one of the reasons I thought it might be a 1960s model - the last two digits of this number typically indicates the first year of production.  So does this model share a case with an earlier model?  Could be - a lot of crazy things happened in the years surrounding 1969. 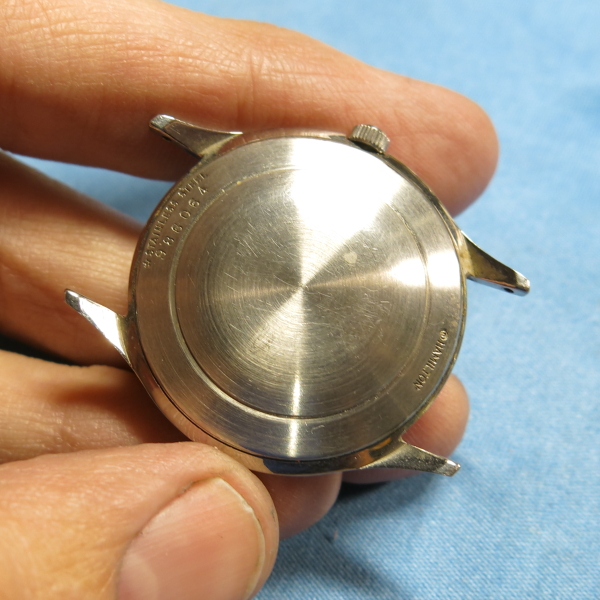 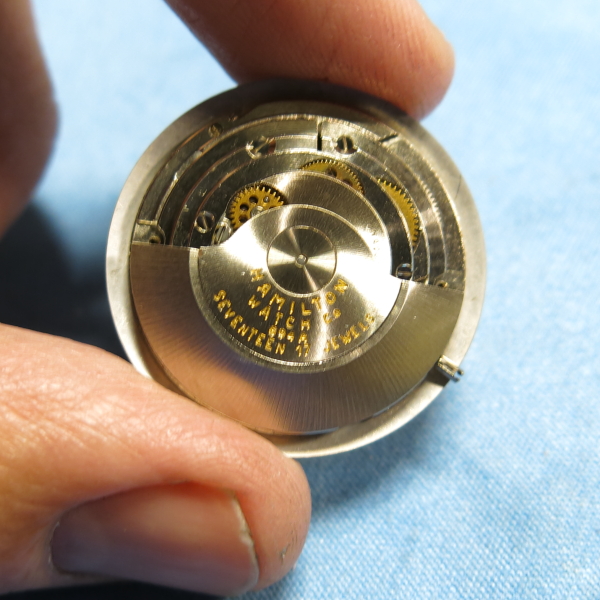 Everything is taken apart and fully cleaned, although this watch was surprisingly clean to begin with and I didn't see any watchmakers marks inside the case back.  Maybe this watch was dial down in a dresser drawer for the past 45 years... explaining the scratched crystal but otherwise pristine innards. 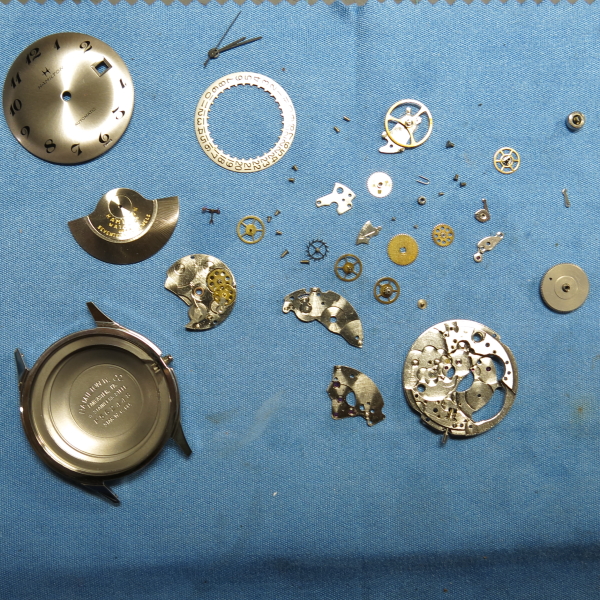 This watch is very large for a vintage watch and measures 34mm wide without the crown.  It has a large crystal too - 30.8mm in diameter. 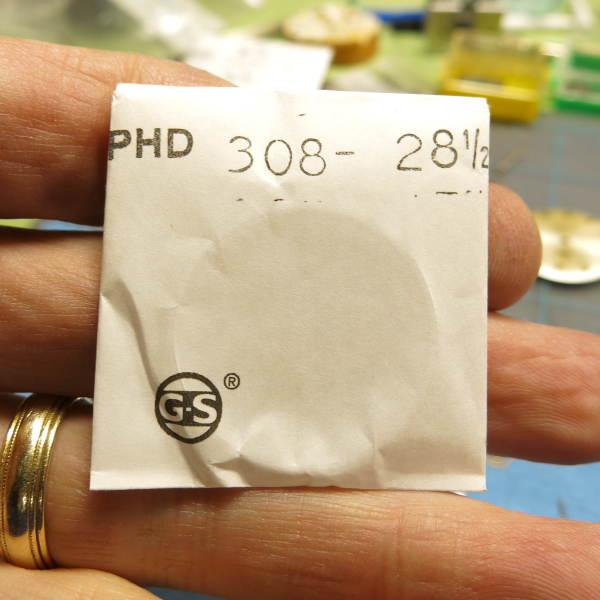 The partially-reassembled movement is running with good motion and is setting on the timer. 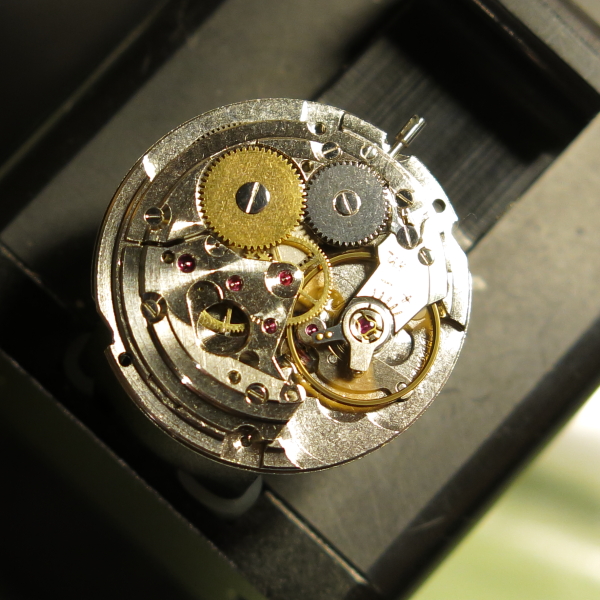 Not too shabby, just a little fast.  A slight tweak to the regulator index will slow it down. 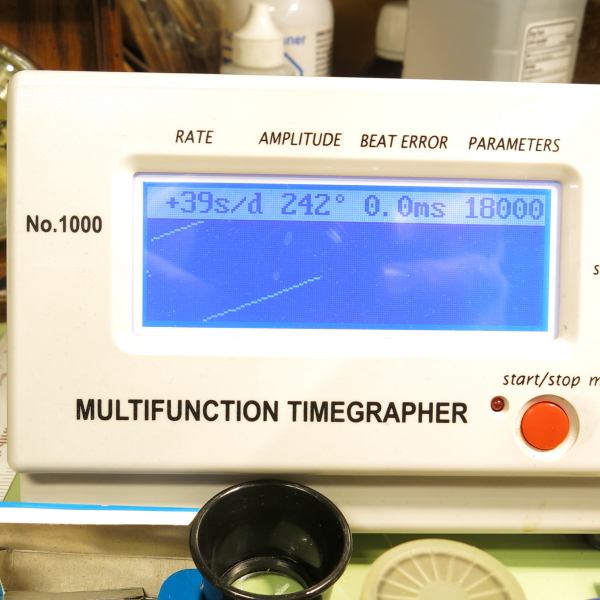 It didn't take much of a tweak to slow the beat rate down to 1 second fast per day.  That'll do nicely. 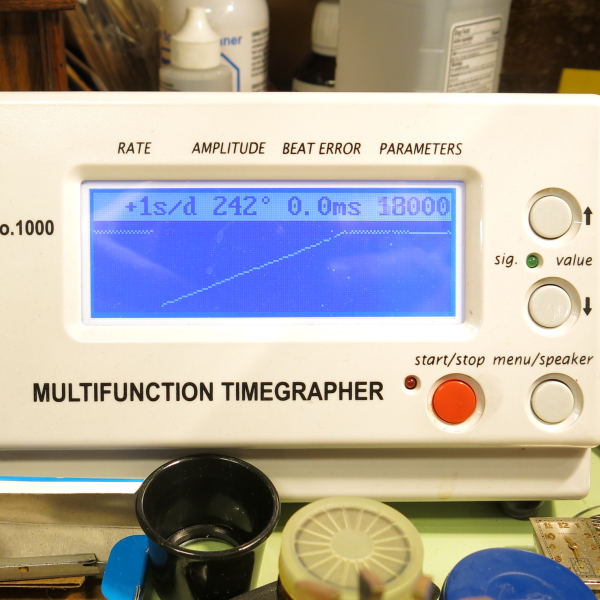 I made a quick stop to my light tent to reassemble the bits on the front of the main plate.   Now I can put the dial on and set the hands at 12 midnight when the date wheel changes. 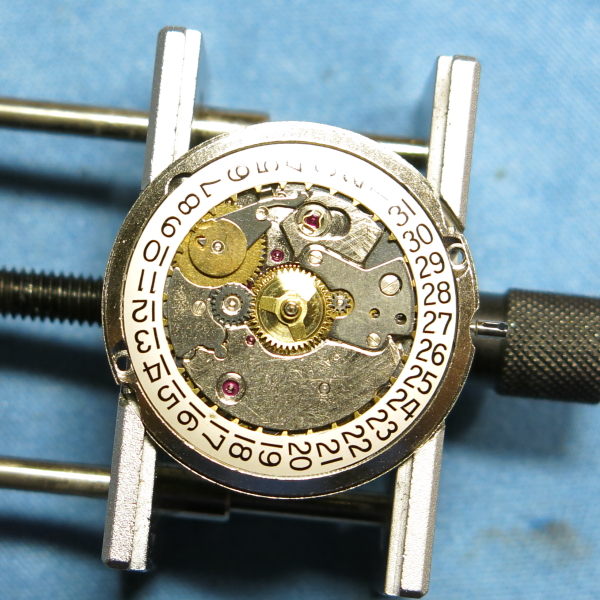 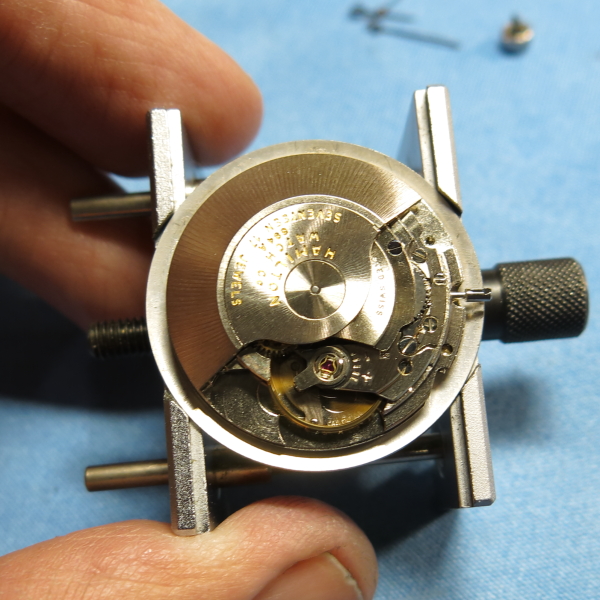 Ta-da!  This watch looks and runs like it just let the jewelry store cabinet.  I love the look of the slender baton-style hands and they're a flat black color.  The radial finished dial really shines beneath a fresh crystal.  For being so monochromatic, this is a sharp looking watch. 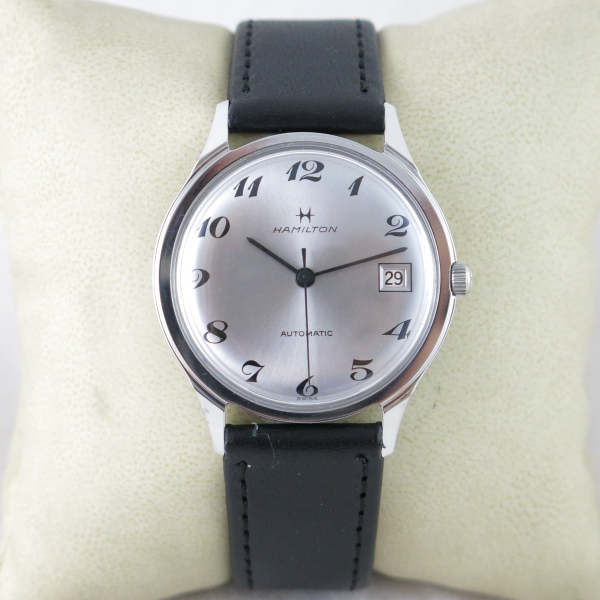