There are 142 "thin" watches when you include the myriad Thin-o-matics and Thinlines.  The first arrived on scene in 1957 as the Thincraft I and Thincraft II.  The Thincraft II was produced for four years but the Thincraft I was only around for two years - so it's a little harder to come by. 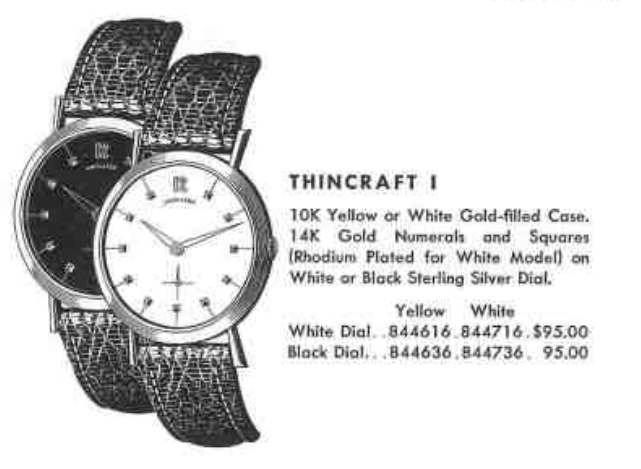 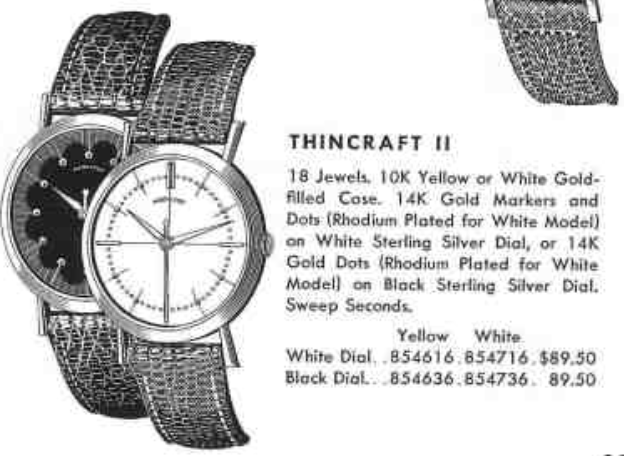 Both models have very long delicate lugs and I wouldn't be surprised if a lot of Thincraft examples have been lost to time by having a lug or two break off.

I recently had a fellow collector send me his newly acquired Thincraft I example and it was a real beauty. 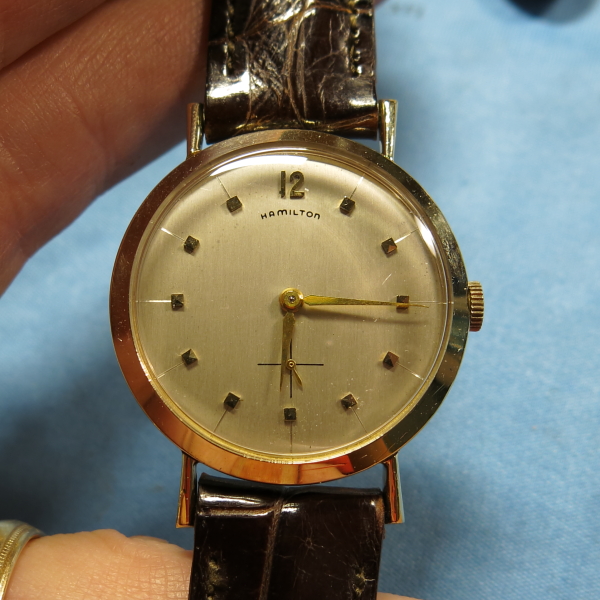 I don't know how much wrist time this watch has seen in the last 60 years but it couldn't have been too much.  The case back looks similar to a Thincraft II but it's a little flatter since the 770 movement doesn't require much depth. 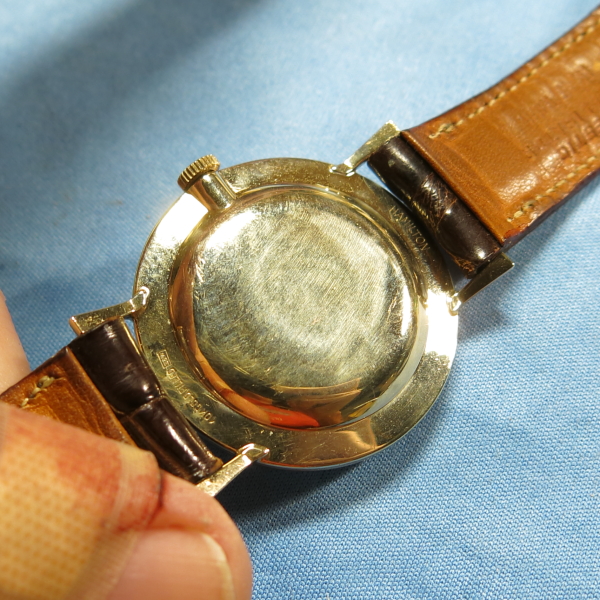 The inside of the case back has a recess to securely hold the 12/0 sized movement. 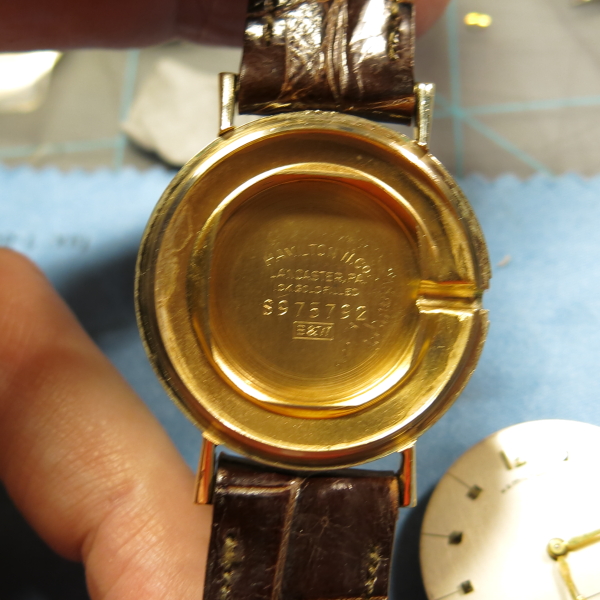 This movement is very clean looking but that doesn't mean the oil inside hasn't evaporated and gummed up.  So even a clean looking movement should be overhauled every few years. 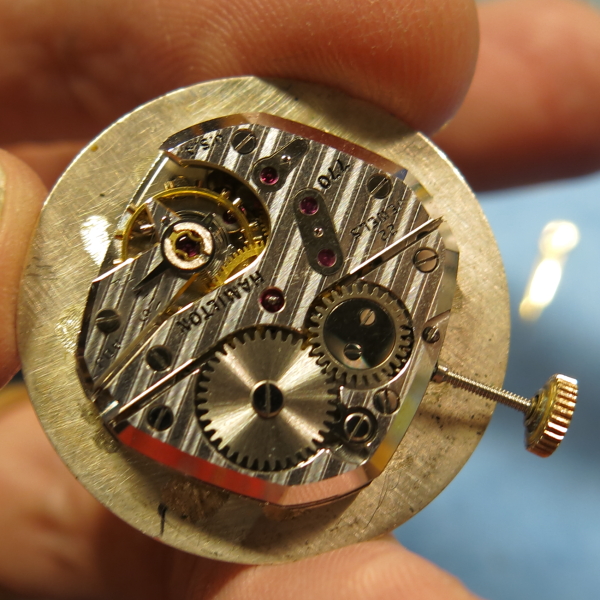 This watch even has an original Hamilton custom deluxe strap... 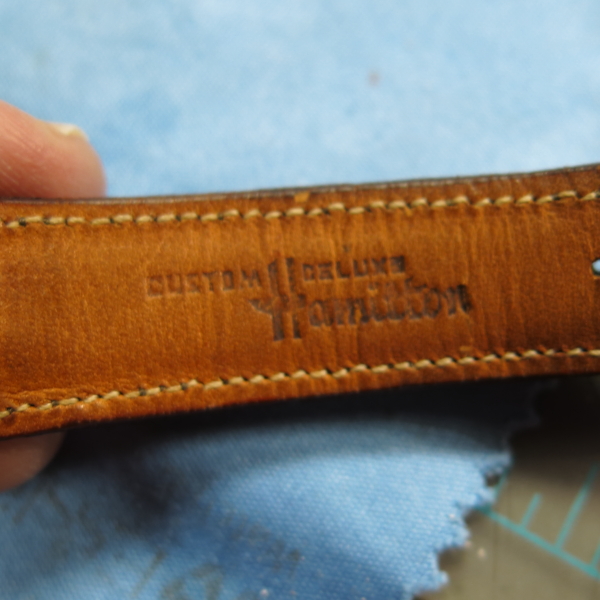 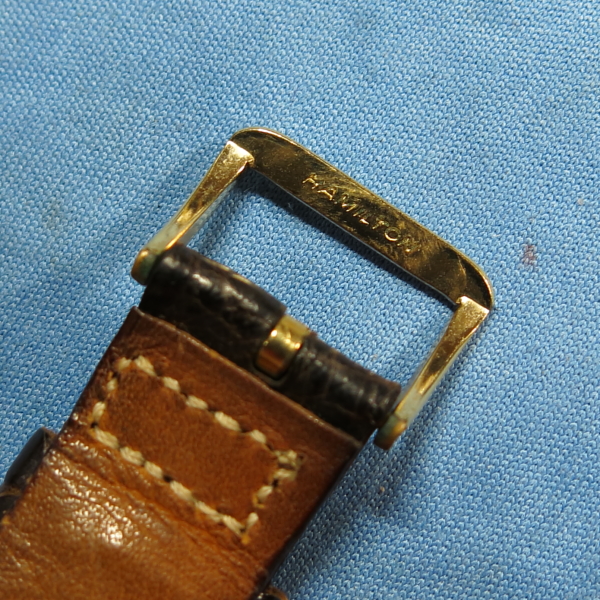 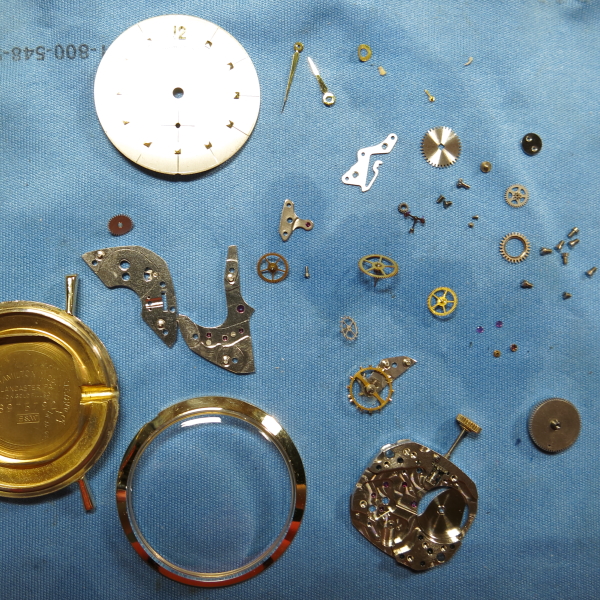 Once the balance jewels are secured under their shock spring the balance has a smooth motion.  This is looking good so far. 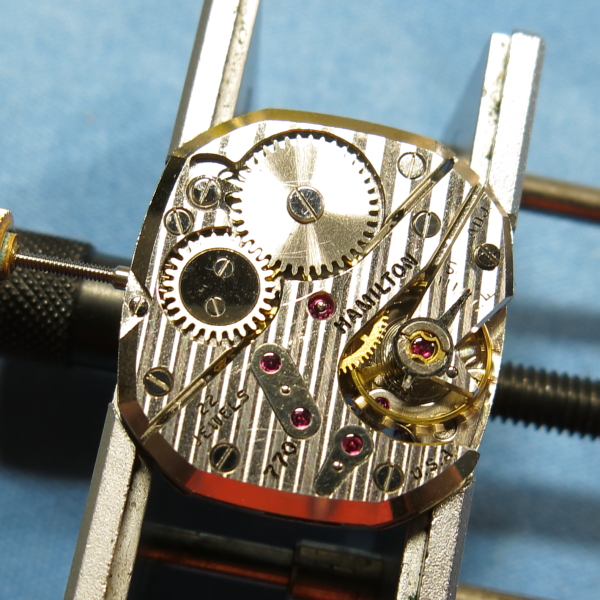 Well, there's not much to complain about this 60 year old Hamilton movement. 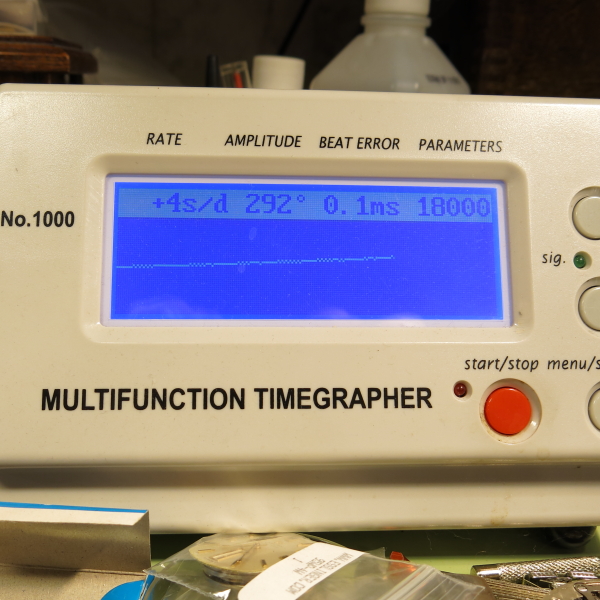 I can't say the watch looks too much better than what I started with but I can say that it's now ready for some worry-free wrist time. 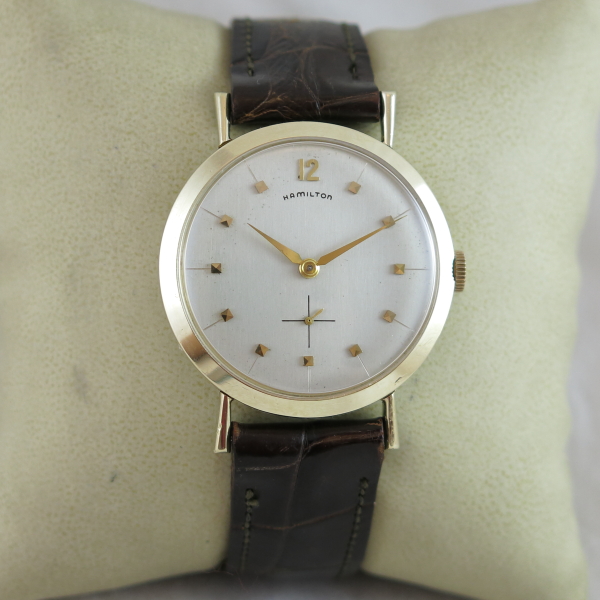