One of the most common questions people have about their watch is "how old is it".  Sometimes that's easily determined by a presentation on the case back but that's normally not the case - otherwise the question wouldn't be asked.  Other times them model is a one-year wonder and that makes identifying its age easy too.

Another way to date particular models is to look for subtle variations in the model appearance.  Things like the stylized H logo or other elements.

First, just looking at the catalog depiction of the two years, can you spot a difference? 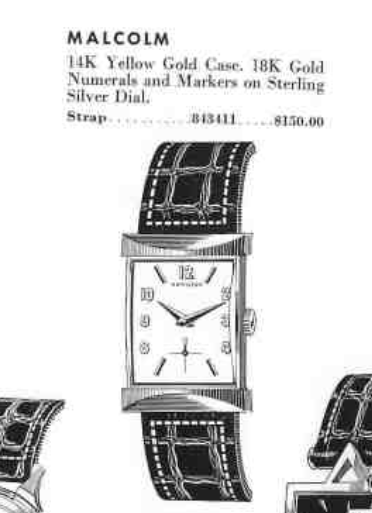 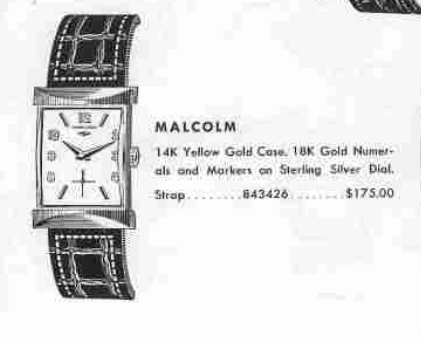 One difference that's easy to spot is the price tag... the 1956 version was $25 more.  Of course that wouldn't help you identify the year unless you found a Malcolm in it's original box with price tag.  A better indicator is the diamond-shaped marker under the 12 on the 1956 version's dial.

My Malcolm project watch looks very good but it only tells the correct time twice a day... meaning it's not running.  It's "wound tight" which basically means it's fully wound and not running.  You'll often see that referred to as "over wound" but that's a misnomer.  You really can't over wind a watch but you can fully wind a non-running watch.

Based on the lack of a marker under the 12, this should be a 1955 model (although the dial has been refinished). 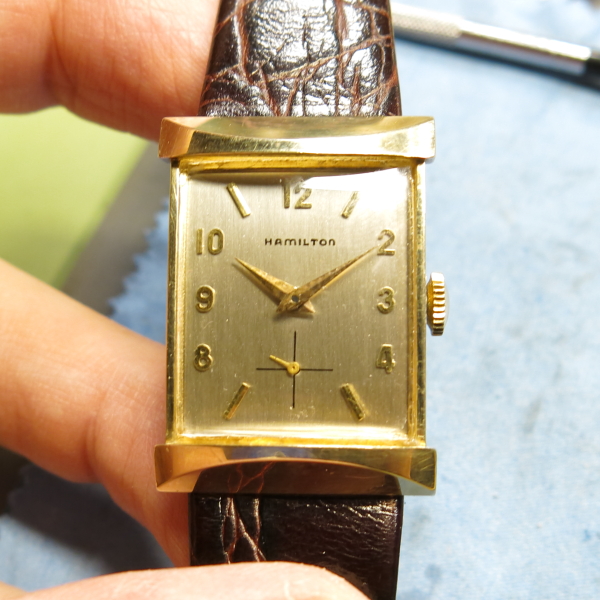 This watch was a Christmas present for Truman Fairbanks in 1955. 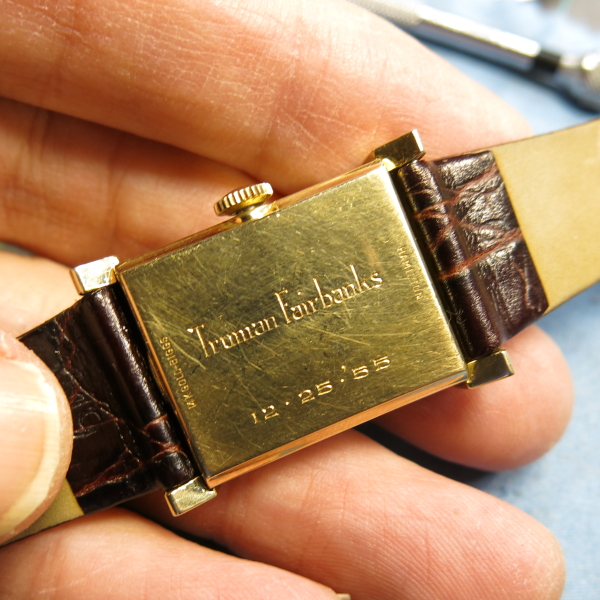 With the bezel removed you can see the dial a little more clearly.  It's a simple dial and easy to refinish correctly.  Notice the notch on the edge by the 3.  There's also a fingerprint between the 1 and 2.  It's not mine but I'll try to remove it so that it doesn't become permanent. 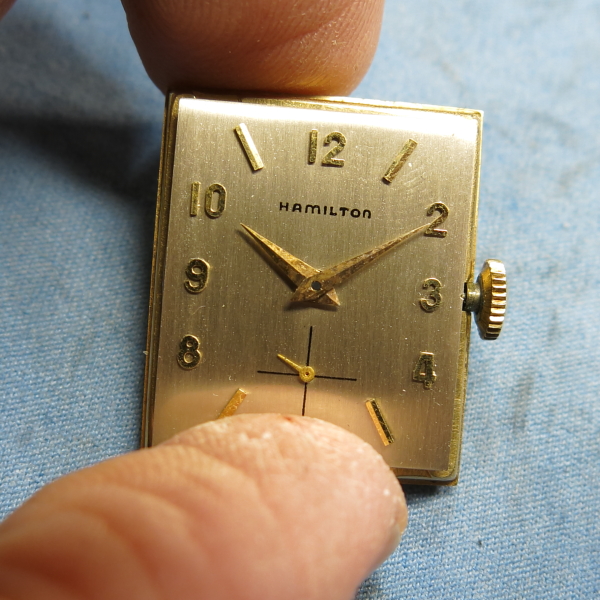 The movement inside is a 19 jewel 754 movement.  You'd be hard-pressed to tell the difference between a 753 and 754 other than the circle with an H inside of it and the engravings have an orange-is enamel compared with black on the 753.  Notice this 754 doesn't have a serial number on it.  Those numbers were dropped sometime in the 1954/55 time period and you'll see other grades like 747, 748, etc. that don't have serial numbers too.  Oddly, I've heard that some 770's did have serial numbers but I've never actually seen one yet. 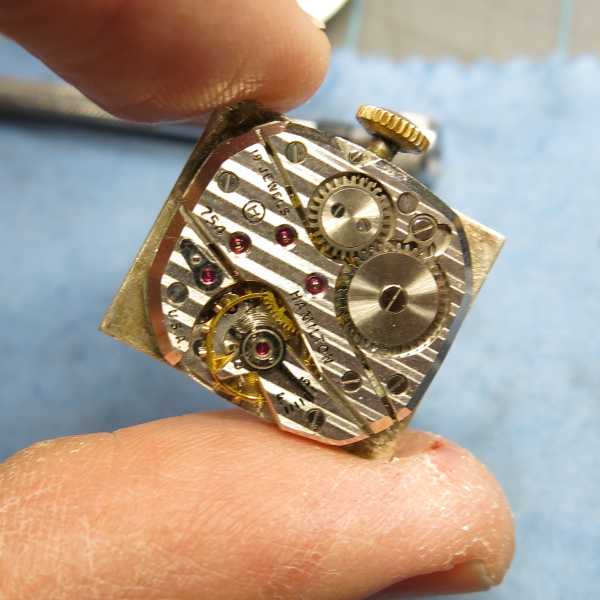 This model has a spacer under the dial and it has the word TOP on it.  That's a clever hack to make it a little easier to reinstall, as it can be a bit confusing to put the spacer back on (the seconds bit should be a good clue though). 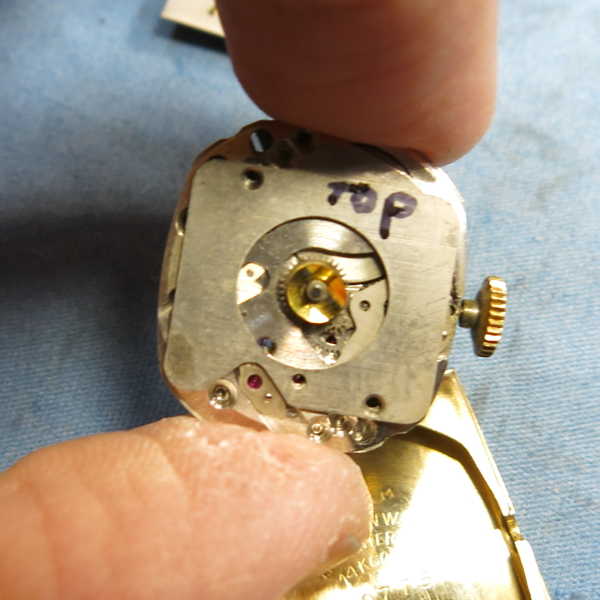 Here's one reason why the watch isn't working.  The long bit of the 4th wheel that the second hand attaches to is bent.  It doesn't take much to stop a watch and a bent bit like this can have other effects on the watch.  I might be able to straighten it but 9 out of 10 times the bit breaks off when you try to re-straighten it.  Another 4th wheel from a 752. 753, 754 or a 777 would work fine. 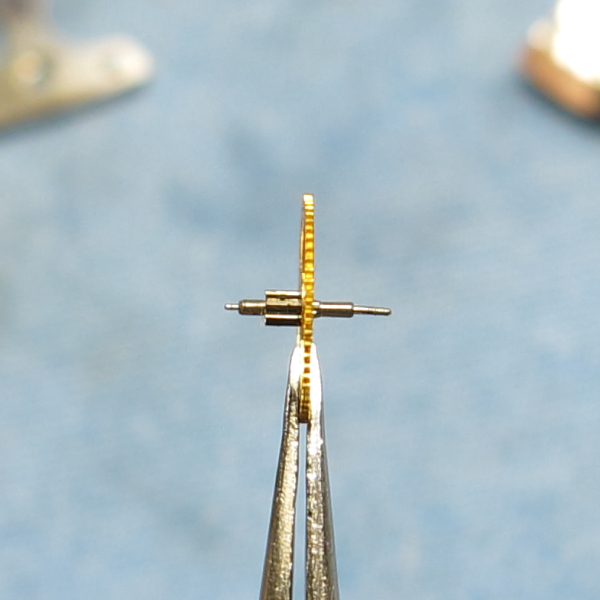 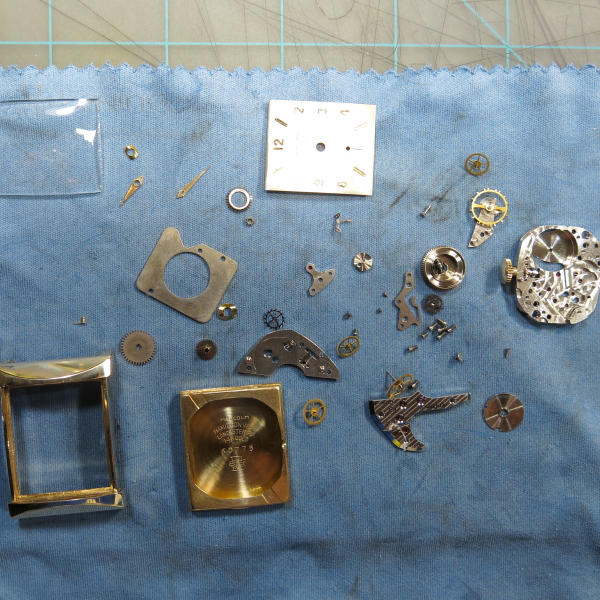 The reassembled watch is ticking away with good motion.  Notice the regulator is set towards slow. 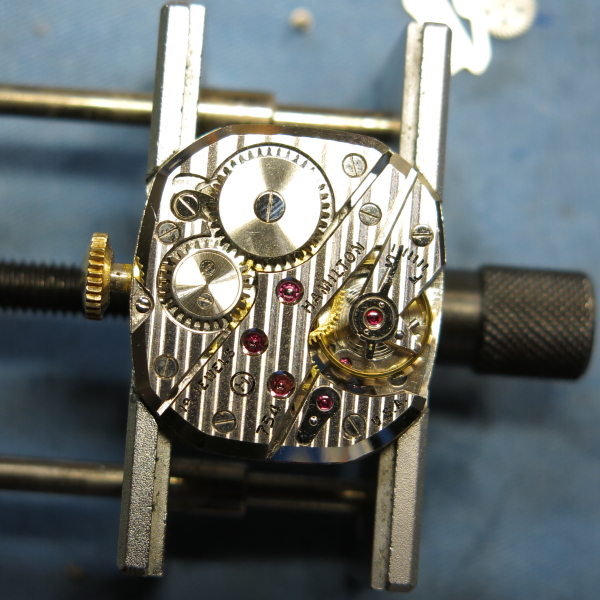 Sure enough, the watch is running a smidgen slow.  The amplitude and beat error look decent though. 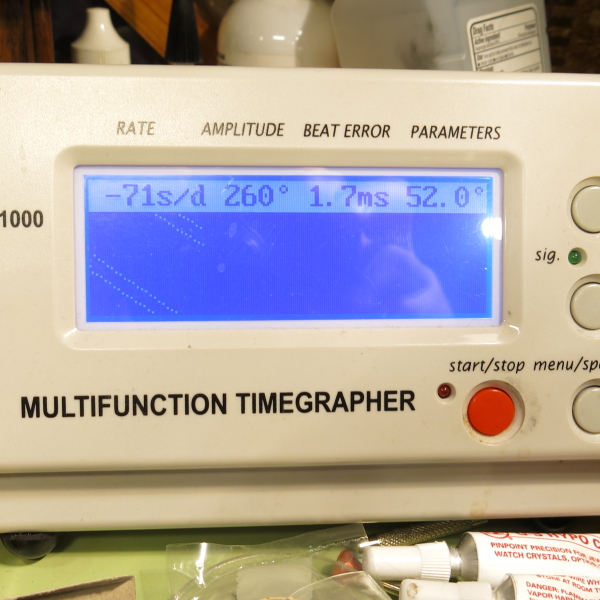 I'll move the regulator a little more towards the center. 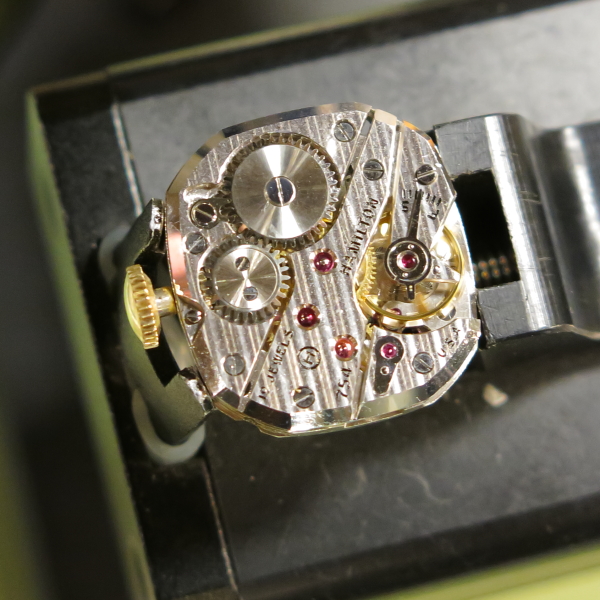 That's much better.  The timekeeping is almost spot-on now.  The beat error of 2.0ms is within my tolerance for balances of this design.  I could probably improve it but doing so also risks goofing up the hairspring and I don't think the extra juice is worth the squeeze. 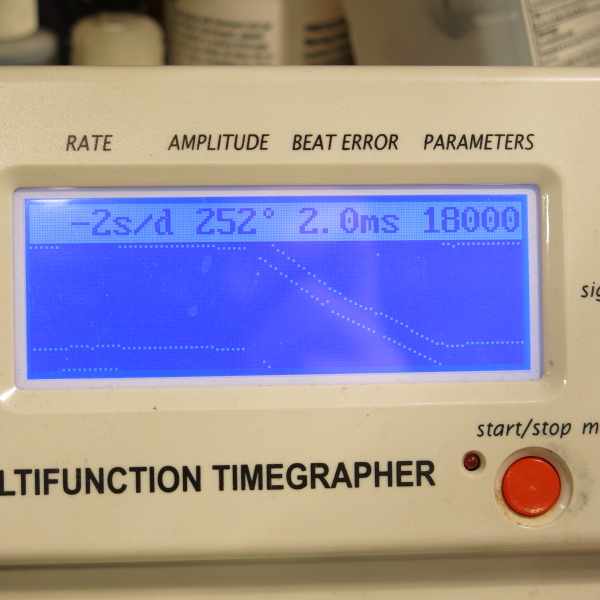 The finished project doesn't look that much better than what I started with.  My light tent shows a little corrosion on the hour hand and I noticed an inclusion in the glass crystal but otherwise this watch looks new old stock. 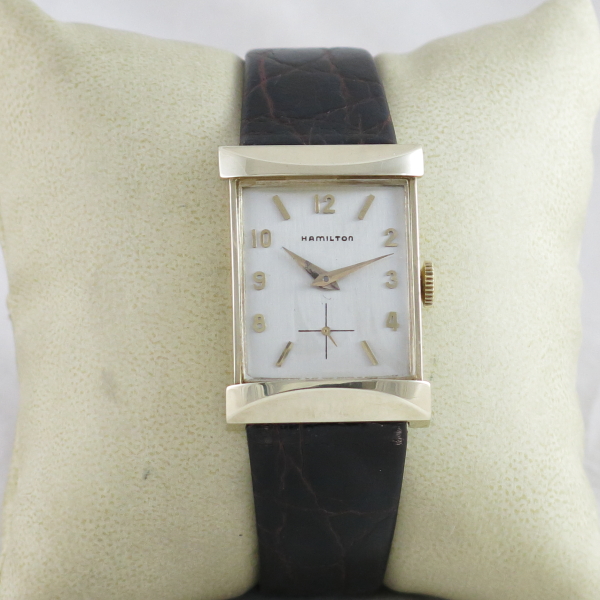 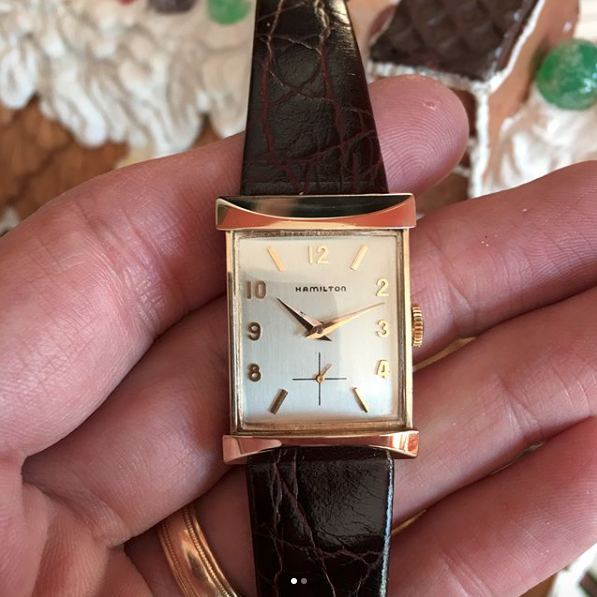