1963 was a historical year of epic proportion... the Beatles launched their first album, "Please Please Me", Martin Luther King gave his epic "I have a dream" speech, and President John F Kennedy was assassinated while riding in an open car in Dallas, Texas.  Lots of other things happened too, of course, including the launch of the Accumatic A-601.

The A-601 only stuck around for two years so it's not a frequently seen model.  It was the second Accumatic in the 600-series line with 10K rolled gold plated (RGP) cases.  Tucked inside was a 17 jewel 689 self-winding movement, although a 1964 model might have a 689A grade.

My project watch came courtesy of another collector.  As received, right away I can see it has a refinished dial.  There are a couple of obvious tells starting with the fonts used for the printing and the general appearance of the finish.  It's not bad, but it's not a good match to the original either.  Another minor issue are the globs of luminous paint on the yellow ring around the perimeter.  Based on the catalog depiction there should be luminous dots outside the ring, not on it. 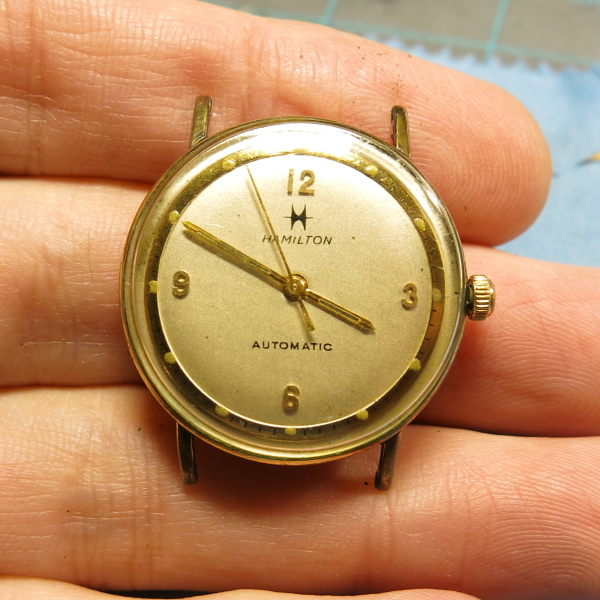 The back of the case has a deep pie-pan shape indicating there's likely an ETA-based automatic inside. 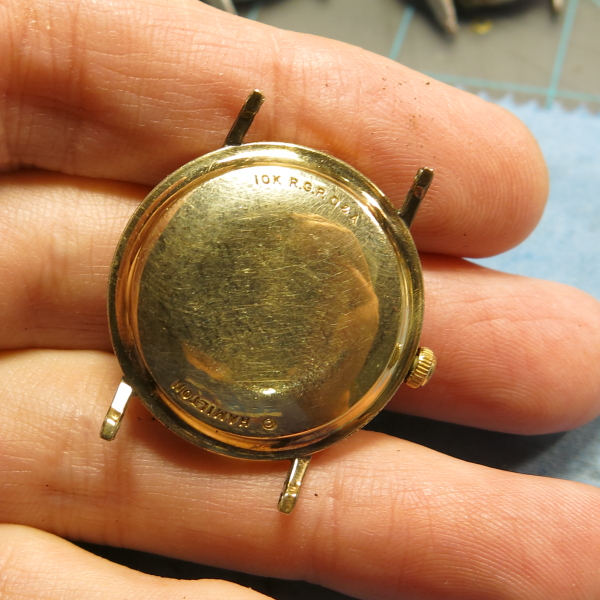 Things don't look that much different with the crystal removed but you might be able to see that the finish is a little different than most butler-finished Hamilton dials.  This dial seems almost speckled, especially if you zoom into it a little. 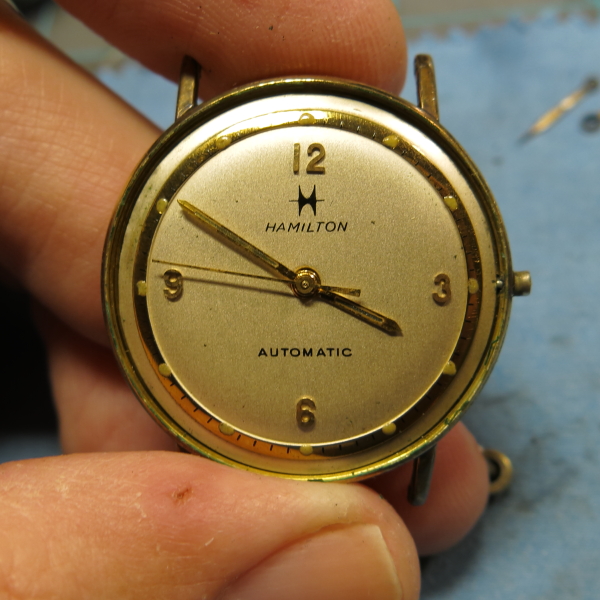 I think most of the times that I open a vintage "waterproof" case I find that the case was anything but waterproof.  In actuality it's probably that the gasket in the crown wasn't waterproof.  This movement is a welcome exception though and it looks to be in great shape and rust-free. 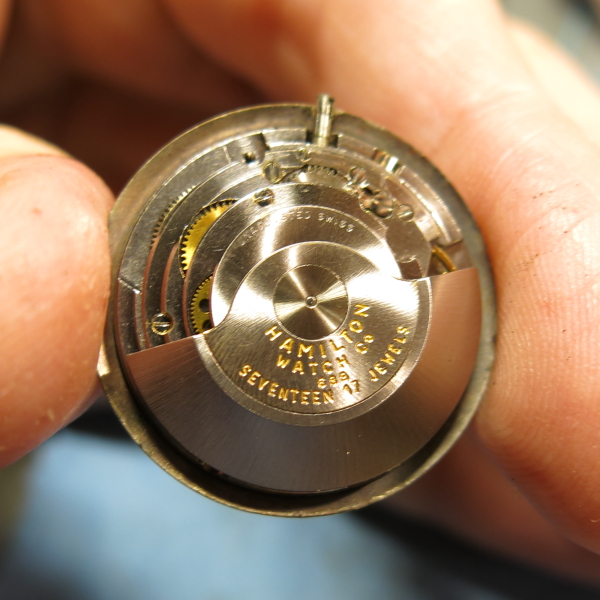 There are about a half dozen various watchmaker's marks inside the case but my camera didn't pick them up.  So many service marks imply this watch was well cared for.  It also implies that this watch has seen a lot of use.  It's always interesting to work on a watch that other people have worked on previously... it's not unusual to find the wrong screws in certain places and random accidental tool marks.  It's cause to wonder if the previous guy knew what they were doing?  This watch didn't have any of those issues though. 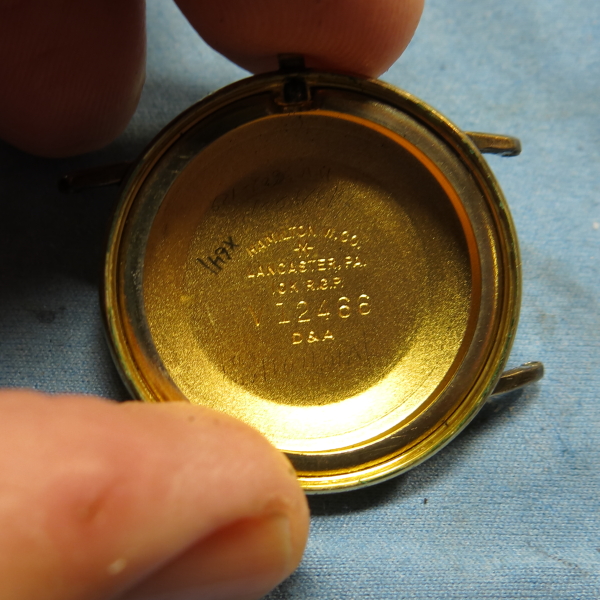 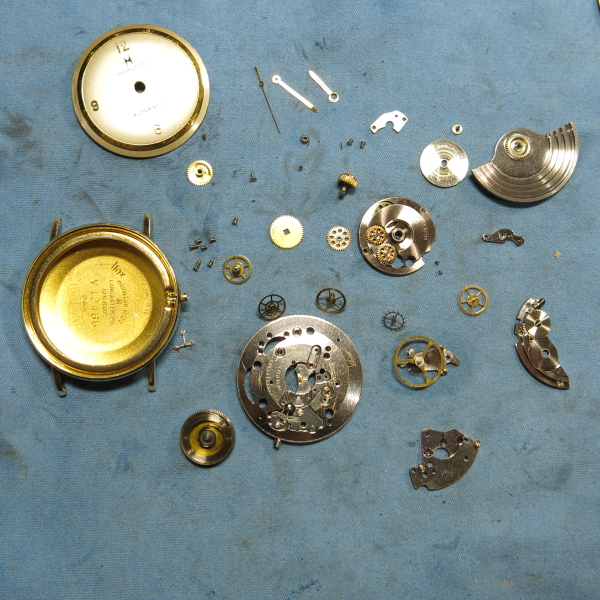 A new crystal always goes a long way toward improving a watch's appearance.  The one that came on the watch is a bit beat up and has a slight yellowish-green tint.  So I will replace it with another 30.8mm high dome crystal. 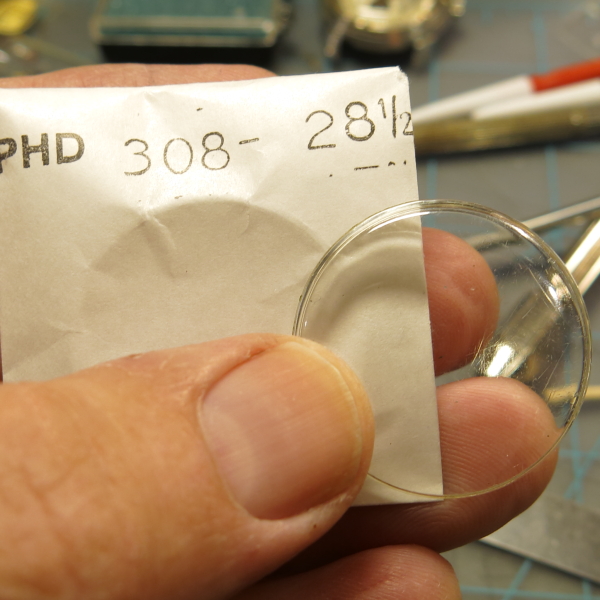 The basic reassembled movement is now ticking away with good motion... off to the timer. 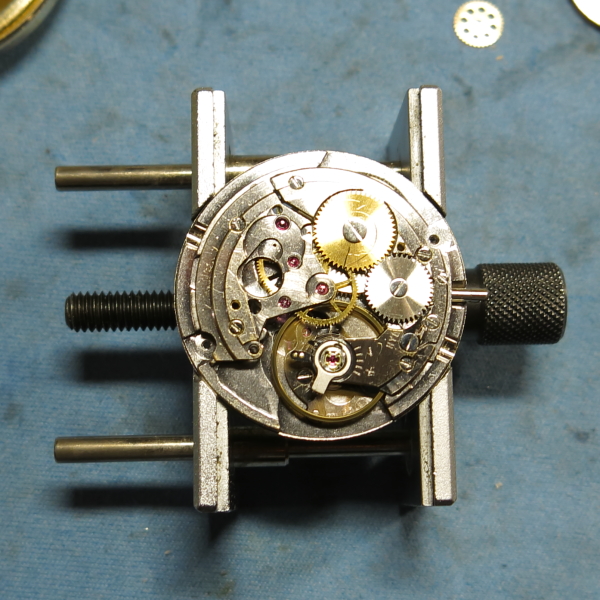 Something is making extraneous noise inside.  It could be a piece of dust on the hairspring or even on the pallet fork.  It's amazing what the timer can pick up by listening to the watch tick.  The only thing I know for sure is there is something going on inside. 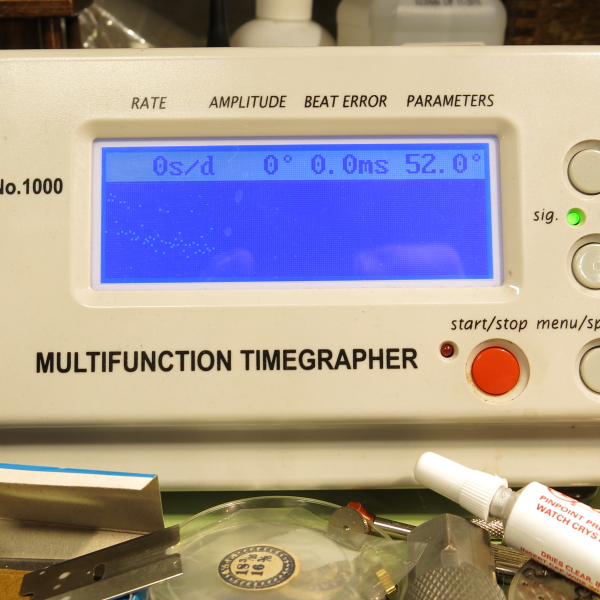 I didn't see anything obvious but I recleaned the hairspring and pallet fork to be on the safe side.  Now the watch is ticking away with a clean signal.  There's only one line visible because the beat error is right on the money at 0.0ms. 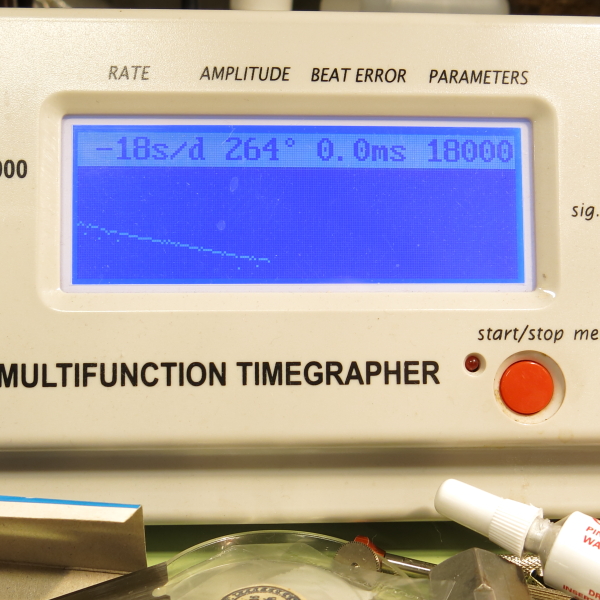 A couple of ever-so-slight tweaks to the regulator index speeds the watch up.  I like to leave freshly-cleaned watches running a little fast.  They tend to slow slightly as they settle back in. 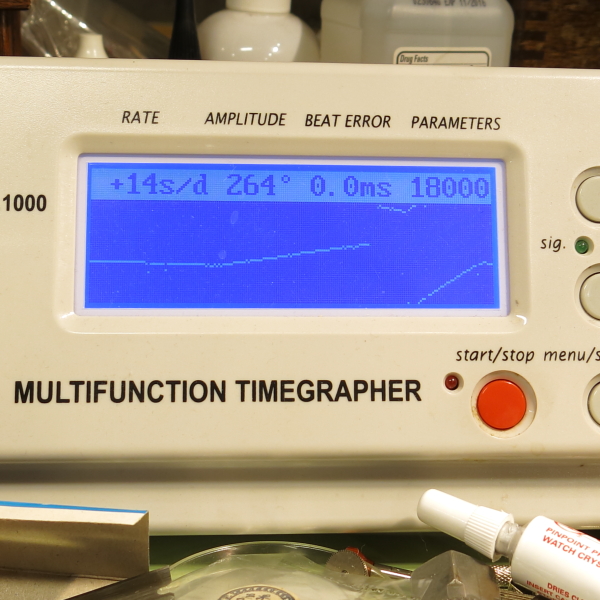 I removed the lume from the dial the best I could and reapplied fresh luminous paint to the hands and outside the ring at the 12, 3 6 and 9 positions.  It's not perfect but I think it looks way better than what I started with.  What do you think? 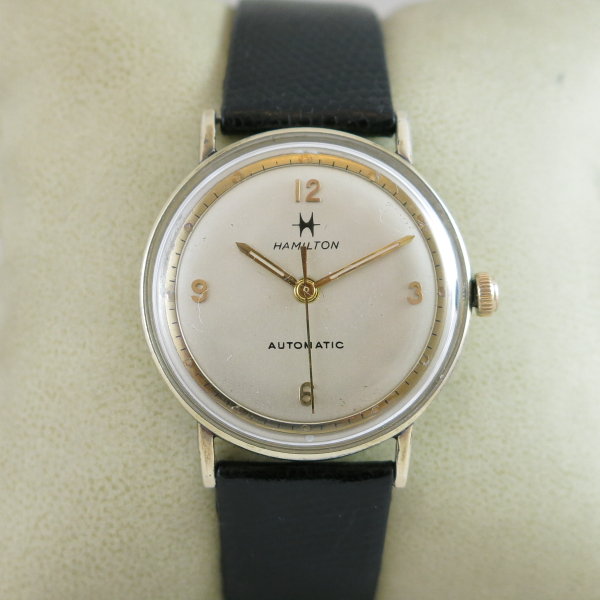