1970 marked the first year of solely Swiss-production of Hamilton models.  The company was still headquartered in Lancaster, PA but watch production moved to Hamilton's Swiss factory in Bienne, Switzerland.  Hamilton acquired the factory when it acquired Buren in the 1960's and it's ironic that "the master became the servant".  The 1970's was a turbulent decade to work at Hamilton - that's for sure.

One of the new models that came out early in the decade was the Sea Cliff III.  Like most Sea-Somethings it featured a manual winding Swiss-made movement.  It was produced through 1973. 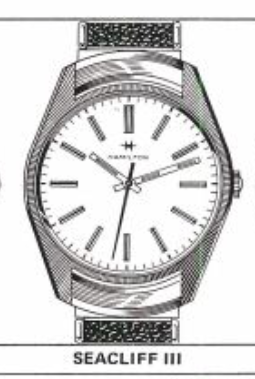 The Sea Cliff III came in a stainless steel case but you can also find a similar model with a gold electroplated case.  Inside is a Hamilton 688 sweep-second movement based on the caliber 61 and made by ETA.

I recently received a Sea Cliff III in need of a trip to the spa.  It actually came with an original bracelet but it's extremely short so the watch came presented on a nice leather strap.  It's a little banged up but nothing that a little "spit and polish" wouldn't fix. 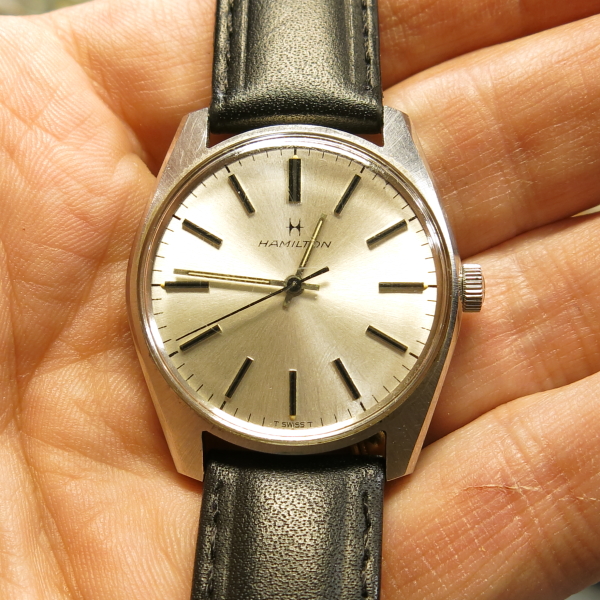 The case back unscrews and the position of the holes for a case wrench are a little deceiving.  It looks like this could be one of those cases with a pie-pan back and a screw-on ring.  I hate those cases.  However this is a one-piece case back and unscrews simply. 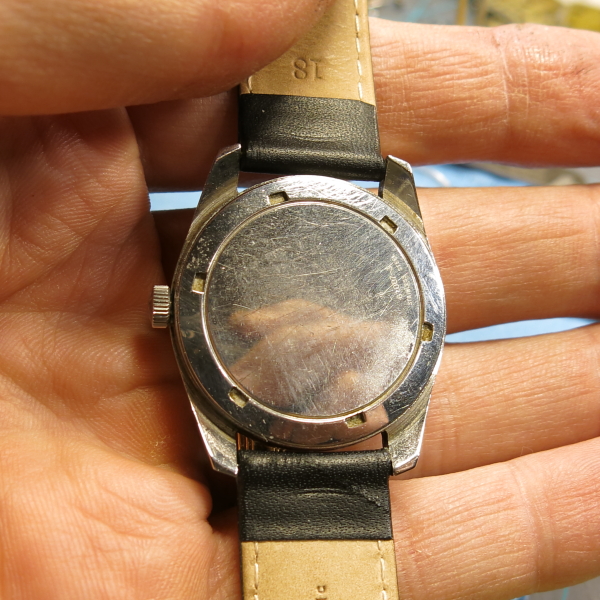 The model number for this watch is 61007-3.  The -3 means stainless steel and you might find a yellow version with -4 instead. 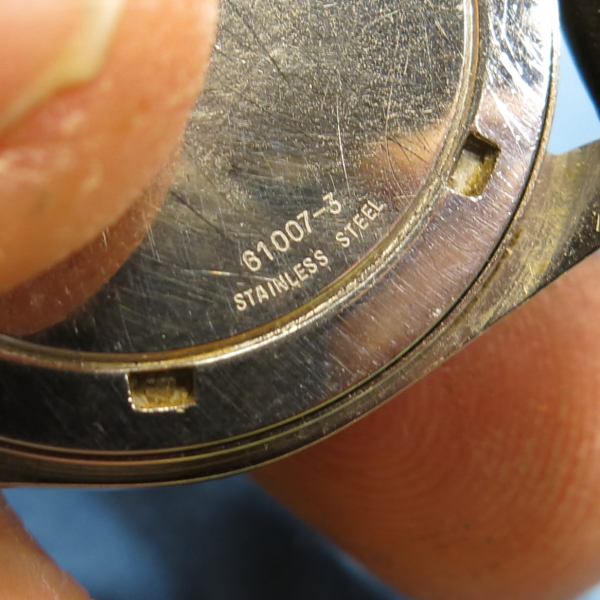 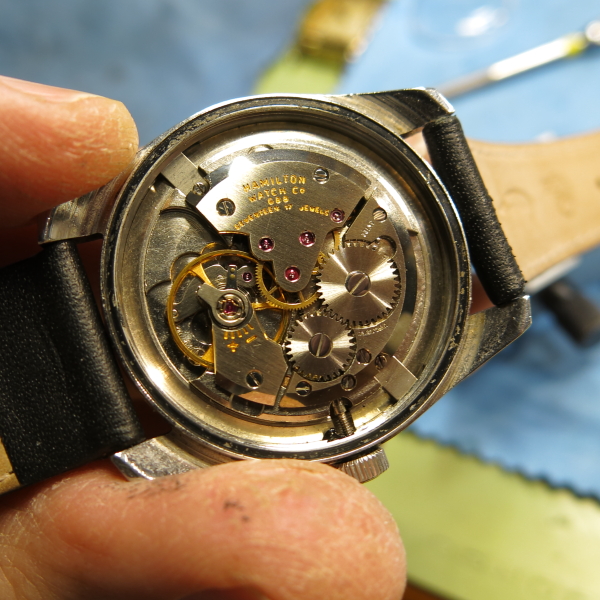 Everything is cleaned and dried.  I didn't have an appropriate-sized reflector ring crystal but I was able to polish the old one enough that 90% of the defects were removed. 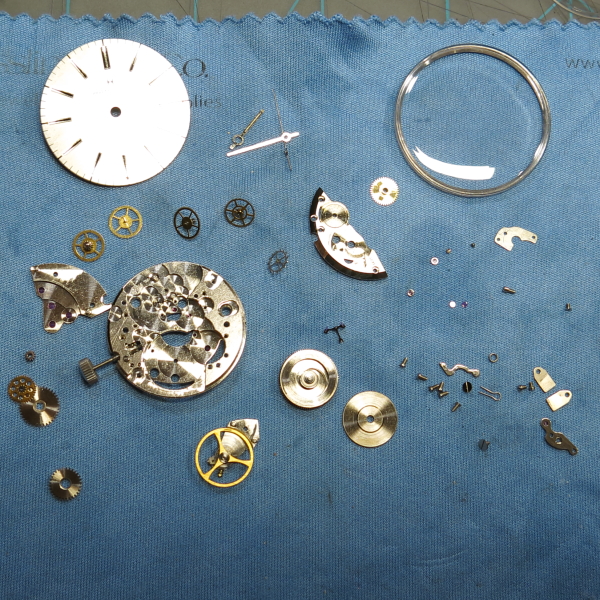 The reassembled movement is ticking with good motion.  Off to the timer to see how it's really doing. 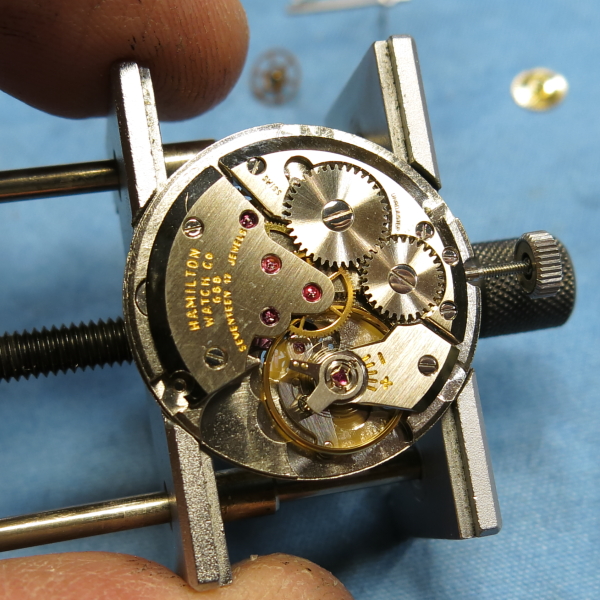 Not too bad... on most movements I'd be happy with this but it's so easy to adjust the beat error that why not lower it to near-zero? 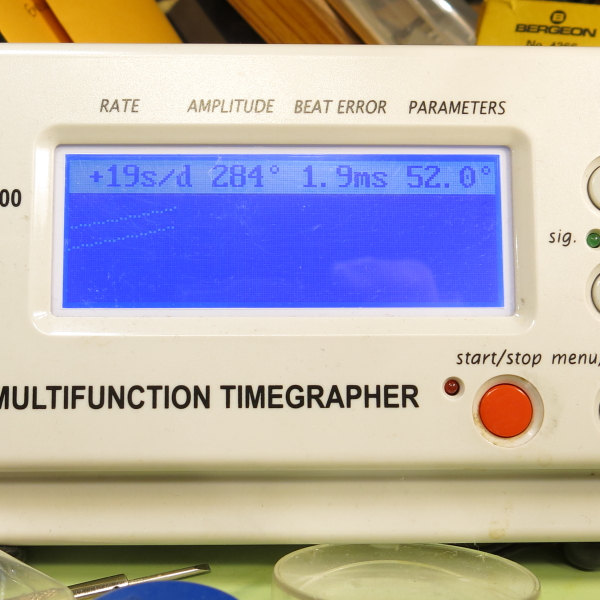 Perfect... I'll let it run for a little while before I try to slow it down a smidgen.  It should settle down after a while. This watch polished up nicely.  The bezel is brushed on the top and bright on the sides.  My light tent makes it all look bright but it's not. 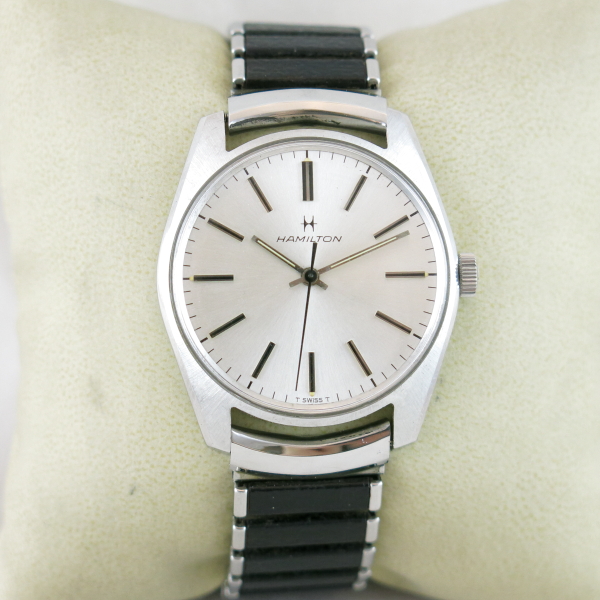 Here's a wrist shot that shows the case in more pleasing light.