One of the interesting ways to differentiate a watch is to make the lugs moveable.  I suppose that's also a nice way to make a watch "one size fits all" since it better enables the case to fit the unique contour of different peoples' wrists.  This was a design feature used in many different models.

Sometimes you wouldn't even realize the lugs are moveable unless you saw the actual watch in your hands.  On such example is the 1953 Curtiss.  It shows up in only the 1953 and 1954 catalogs. 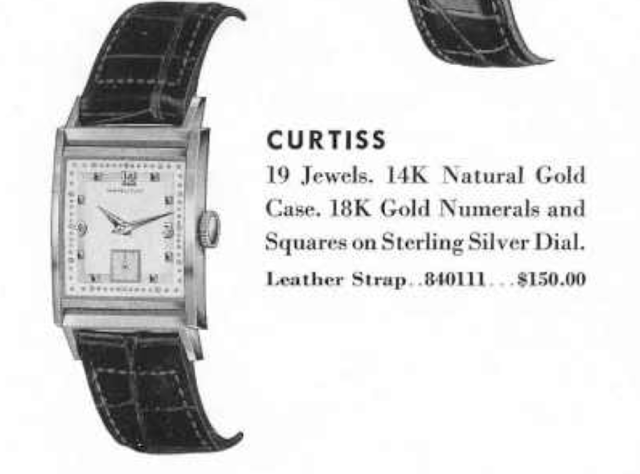 The Curtiss is a complicated design and quite different than other earlier Hamilton models.   Designers appeared to use all the tricks in their bag when designing it.  For examples, the sterling silver dial features a pearled track.  The hour markers are both numbers and squares, the dial features a textured band around the perimeter and the lugs on the solid 14K gold case are hinged.

Based on the years produced as defined by the catalogs, I would expect to find a 19 jewel 12/0 sized 754 movement tucked inside the case.

I don't think I've seen too many Curtiss' in the wild so when I recently saw one for sale I decided to pick it up.  Although the watch looks very good, the crystal is sloppily glued in and I can tell by the extra marks in the seconds register that the dial has been refinished. 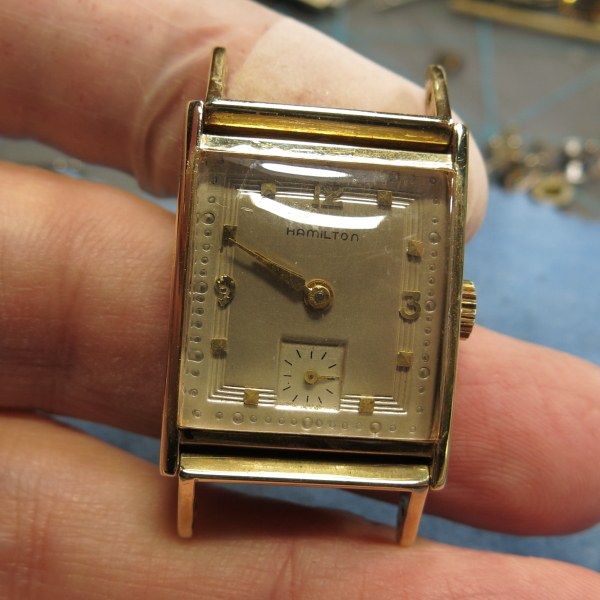 This watch was presented to an employ of Aetna Insurance after 30 years of service in 1956.  Perhaps it came from the Awards Division. 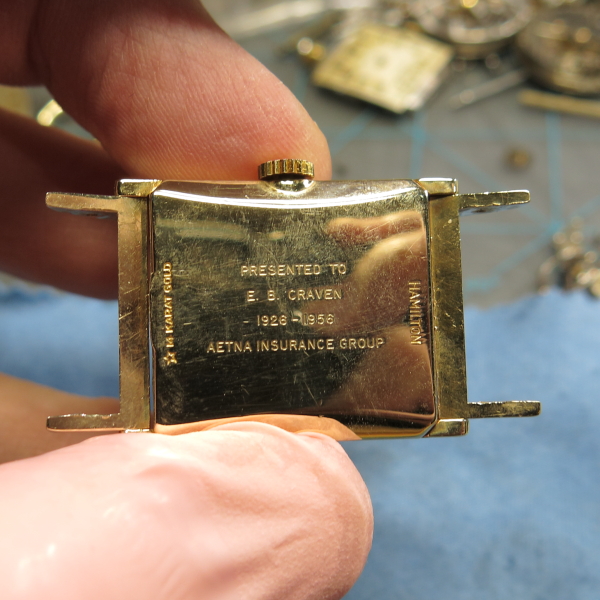 The dial looks fairly good.  There's a dab of glue between the 10 and 11 and it's difficult to get a pearled track to be refinished perfectly.  It's not terrible though. 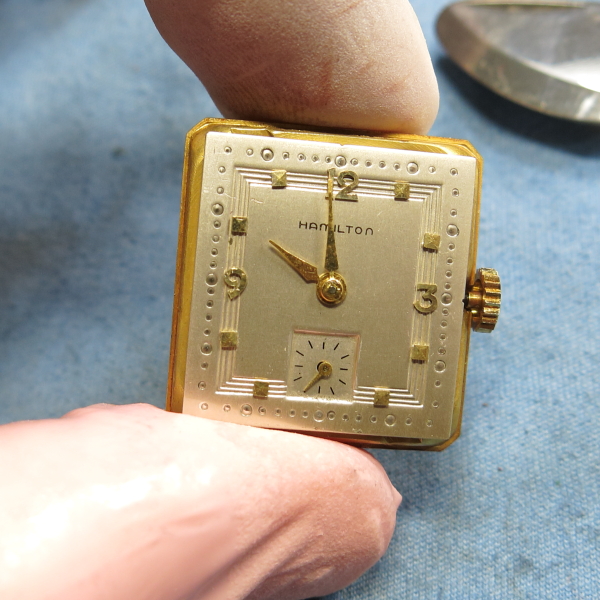 This watch has a 22 jewel 770 movement inside.  This movement was introduced in 1955 and is consistent with what a watch presented in 1956 would have.  I suspect this is an Awards Division watch - the intent of the Awards watches were to offer organizations a way to recognize people with very fine and unique timepieces that the recipient would not be to find in their local jewelry store.  They usually offered discontinued models or models with slightly different dials than original production watches offered. 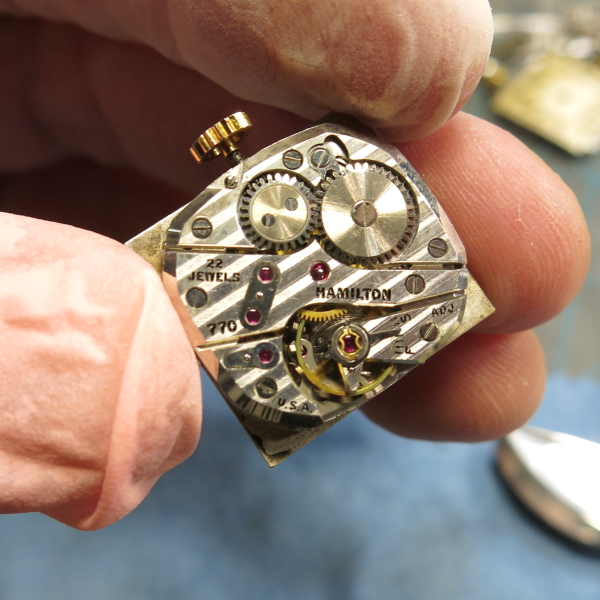 There's no debate that this is a Curtiss though - it says so right in the case back. 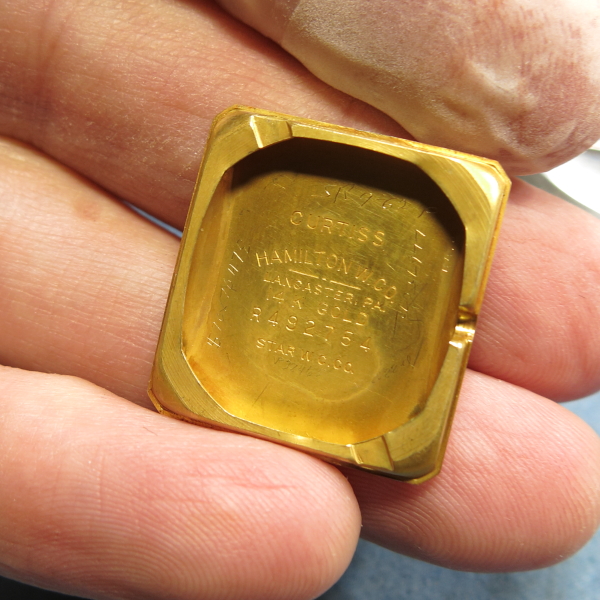 Uh oh... when I pulled the dial off the second hand separated from its post.  The post is still stuck to the 4th wheel pivot.  I should be able to get it off though. 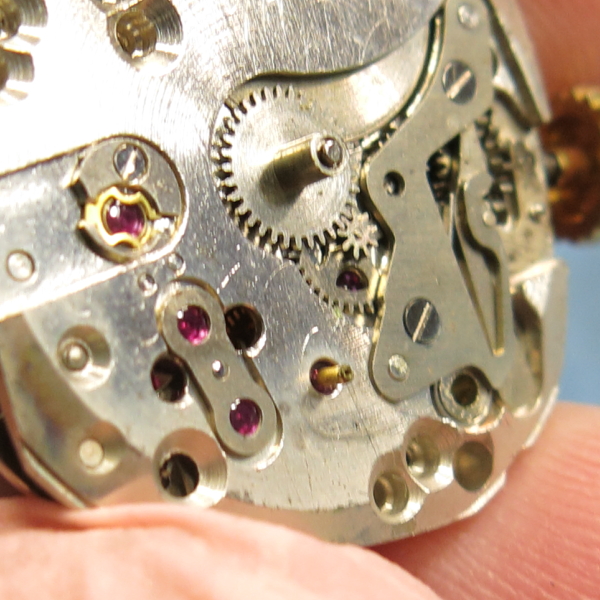 I'll use my staking set to carefully reattach the two parts of the second hand. 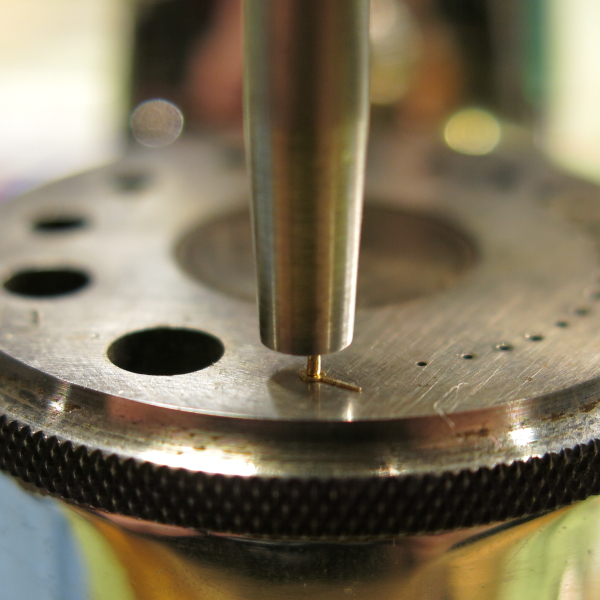 So far the hardest part of this overhaul has been to clear off the old glue that held the crystal in place.  It was very difficult to remove and I had to slowly chip it away. 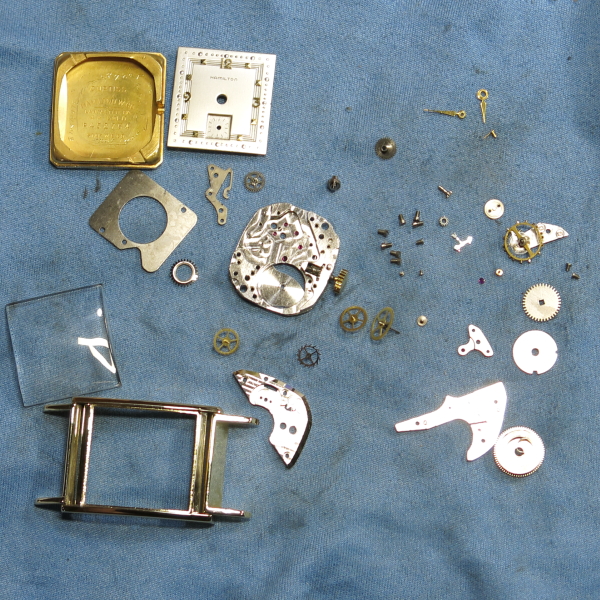 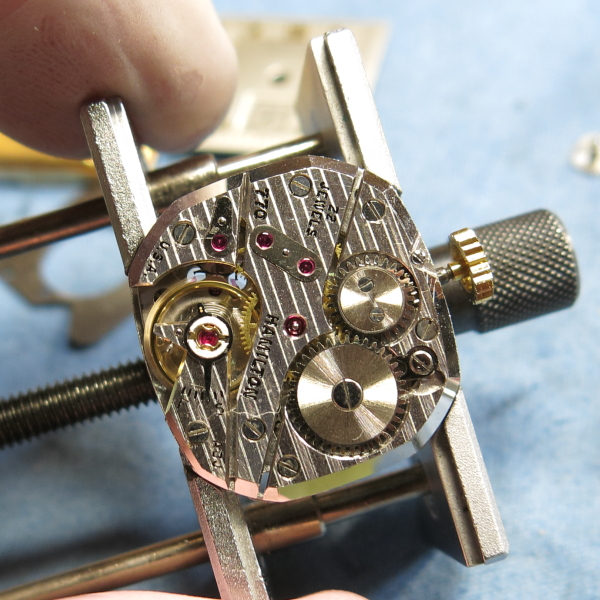 It's running just a little slow but the regulator was set to that side of the balance cock.  It should be easy to adjust. 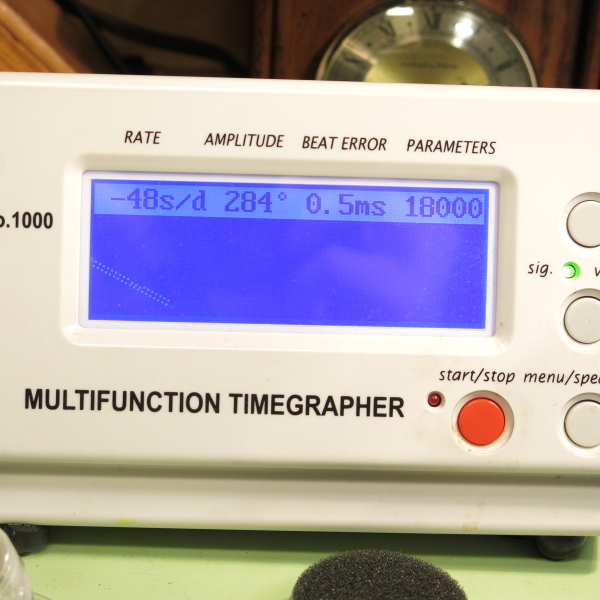 There - right on the money now. 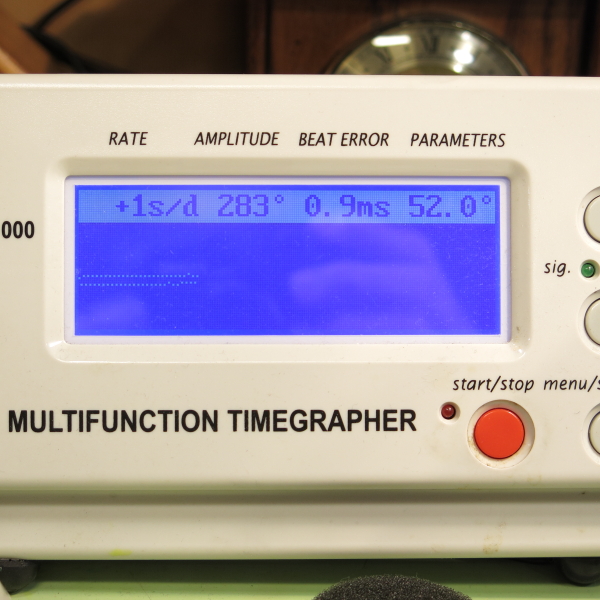 With case cleaned up and the excess glue removed, this little Curtiss turned out very nice.  The cylinder style acrylic crystal provides a small magnifying effect, which gives the watch an interesting look.  It's a nice looking watch, if you like all of the various design features. 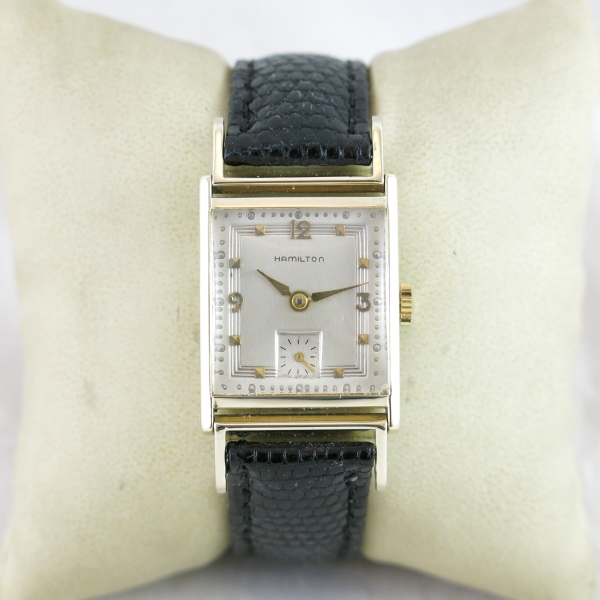