In the late 1930's Hamilton introduced a number of interesting designs marketed to fit comfortably on the wrist.  Sometimes referred to as "curvex", several models had dramatically curved and elongated cases.  Others incorporated flexible lugs in a style also referred to as "drivers watches".  These watches could be worn on the side of the wrist so you could read the watch while gripping the steering wheel and answer that age-old question, "when are we going to get there?".

No watch embodied these two principles more than the 1938 Contour. 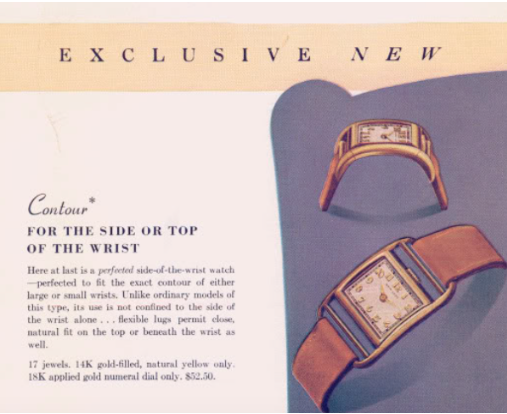 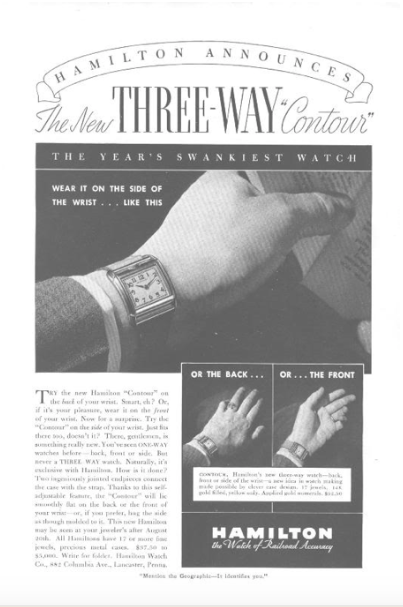 It uses the 17 jewel 980 movement but orients it with the stem upward at the 12, rather than the traditional right side by the 3.  In addition, there is no second hand bit so the watch simply has the hour and minute hands.

My example came with no crystal and a serious case of "dial rash" but it cleaned up nicely.  The previous owner had fastened an expansion bracelet to the cross bars (rather than using spring pins for the strap as shown above).  Fortunately, the case was no worse the wear - literally and figuratively.

Here's my example as received. 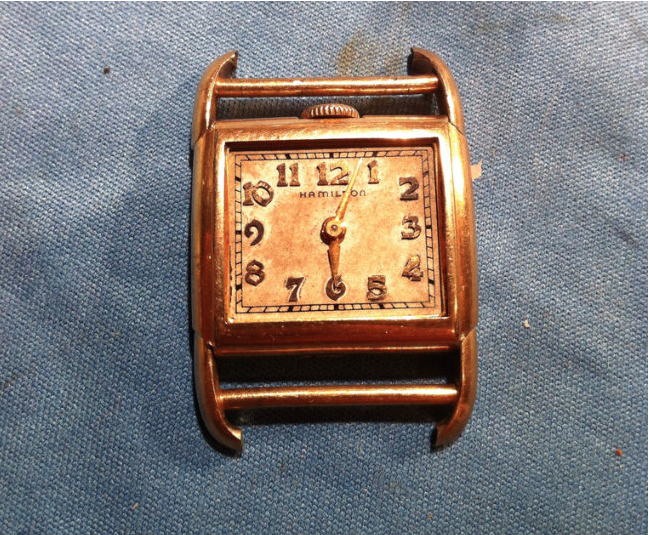 I find the Contour a little hard to wind with the crown on top.  You definitely need to remove the watch from your wrist to wind it but that's a good practice anyway - as there's less stress on the stem that way.

All cleaned up and with less worn crown and a new glass crystal installed, the Contour is a very comfortable watch and will surely get some well deserved wrist time. 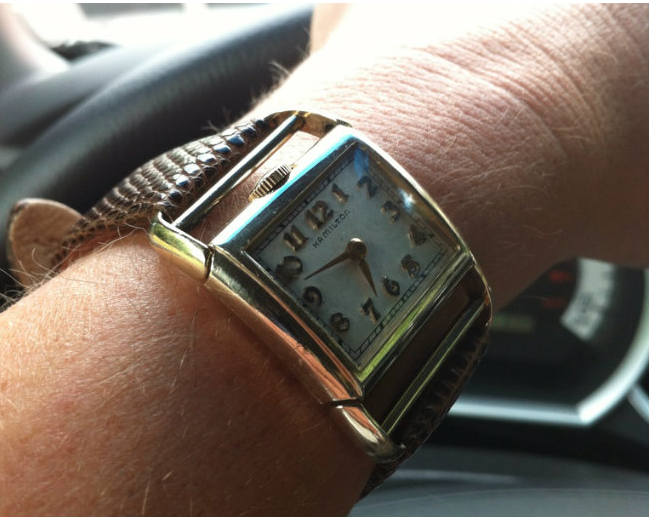