I've posted about WWII models before but I recently had the opportunity to work on a 27023 model and thought I'd show you it's details.  Hamilton's WWII models with 987A movements supposedly had minor alterations to meet military specifications, including a new balance staff design.

My project watch came from a fellow collector and he sent it to me after a slight mishap.  Can you guess what happened?  If you guessed face-plant, then you're right.  He dropped it on a hard surface and it broke the crystal.  Whoops! 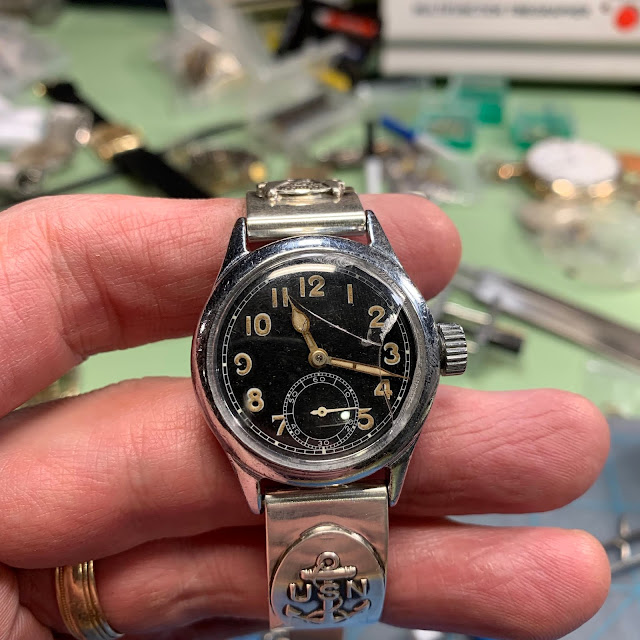 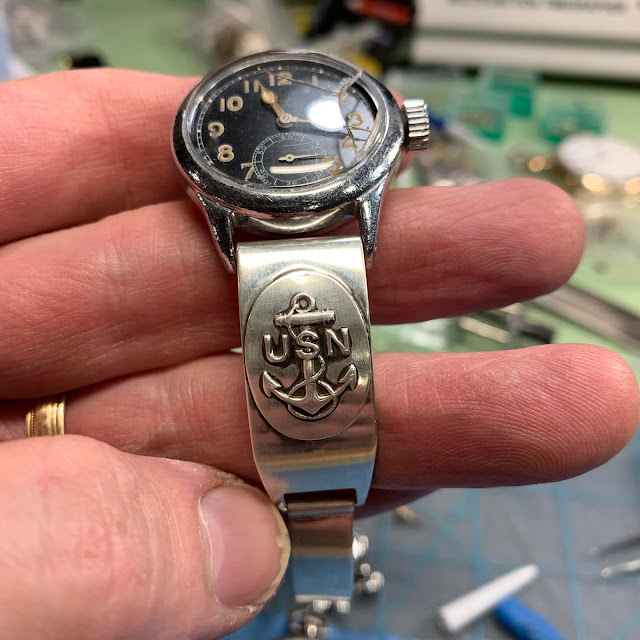 The other side has a medallion from Pearl Harbor Naval Shipyard.  This public shipyard is still in operation today.  Notice the H on the case between the lugs - that's one of the clues to look for to determine authenticity.  This model has a Keystone case and it should have an H between the lugs. 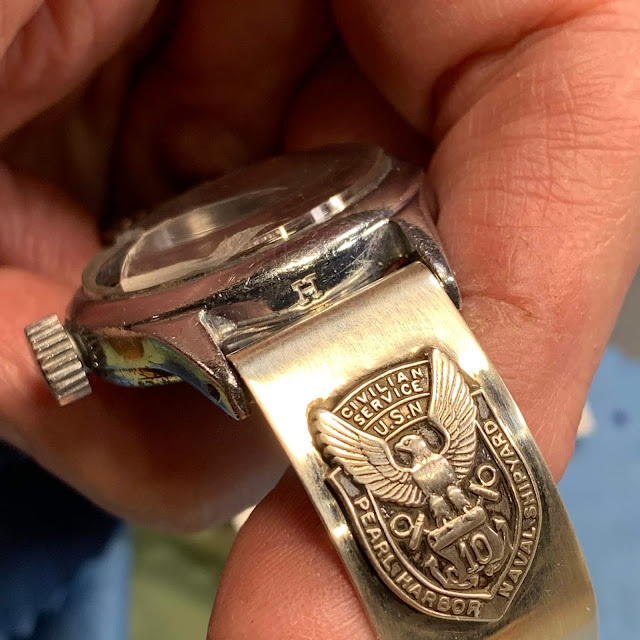 If you look really closely you might be able to see this watch somewhere in the photo below... it was there at the same time. 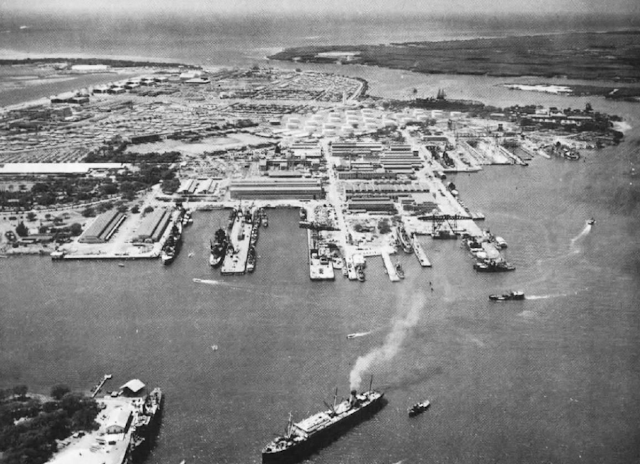 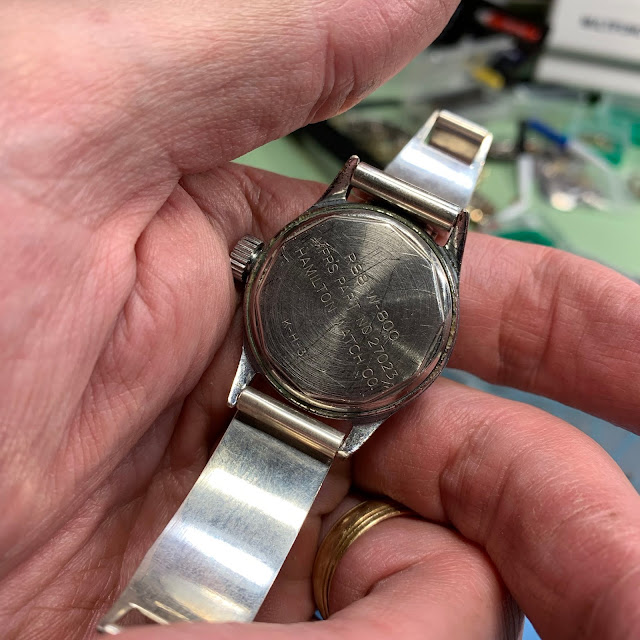 Inside the case back is a unique serial number for the watch. 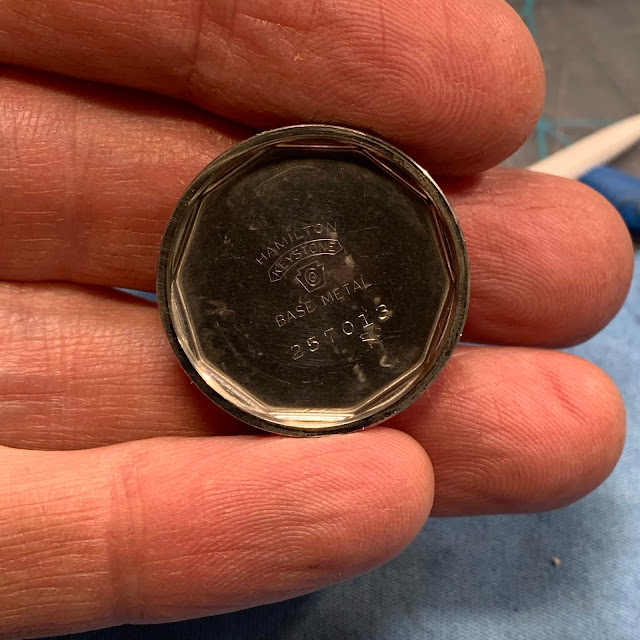 The movement is held within a movement ring and a dust cover snaps onto the ring.  A gasket surrounds the cover and seals the case back when it's screwed on. 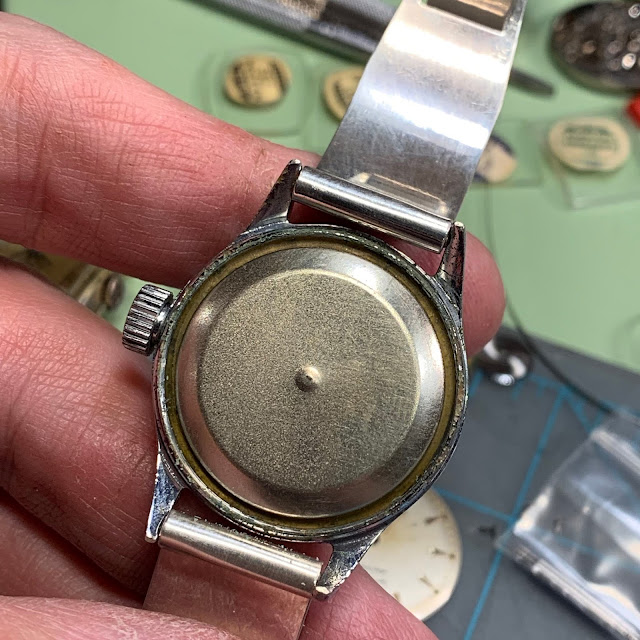 The movement number starts with an O (oh) and dates the watch to 1944. 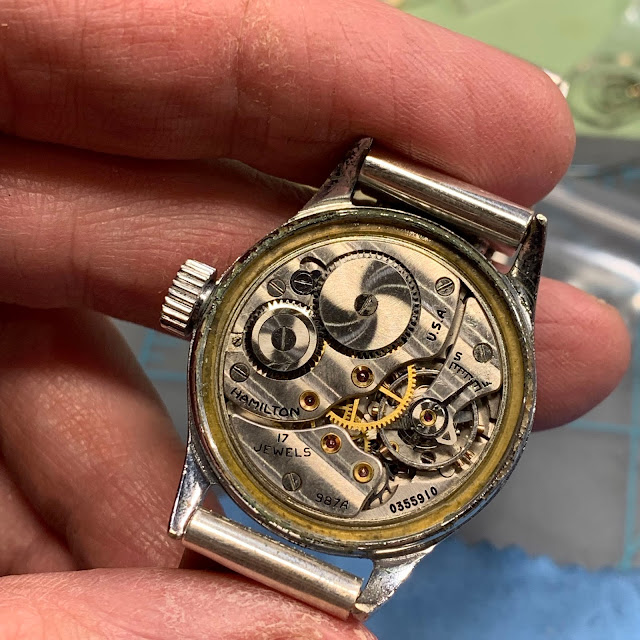 Models for the US Navy have black dials with luminous numbers and hands.  The hands should be stainless steel and these are the correct hands. 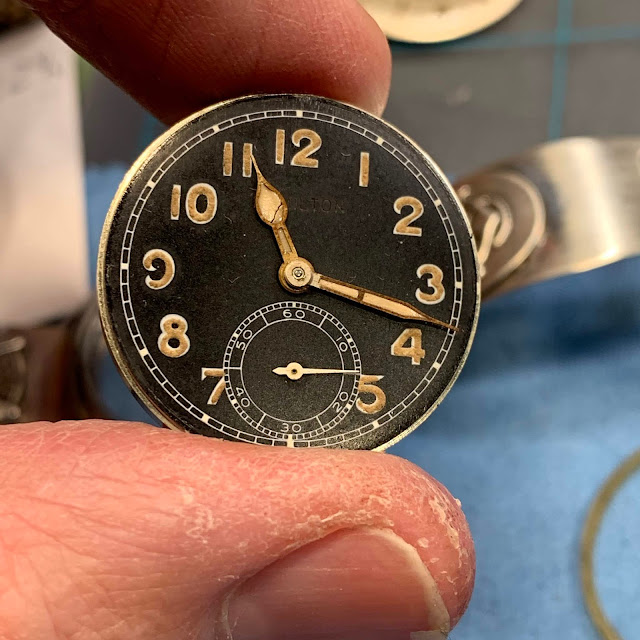 This watch already has a white alloy mainspring installed so I will reuse it. 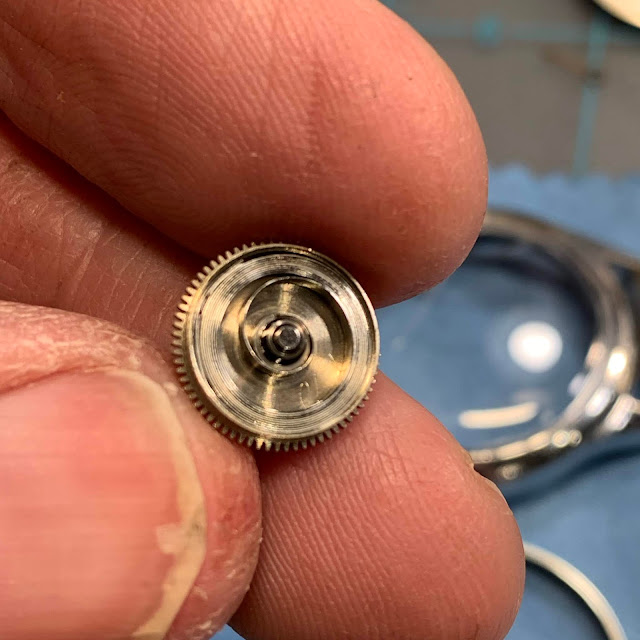 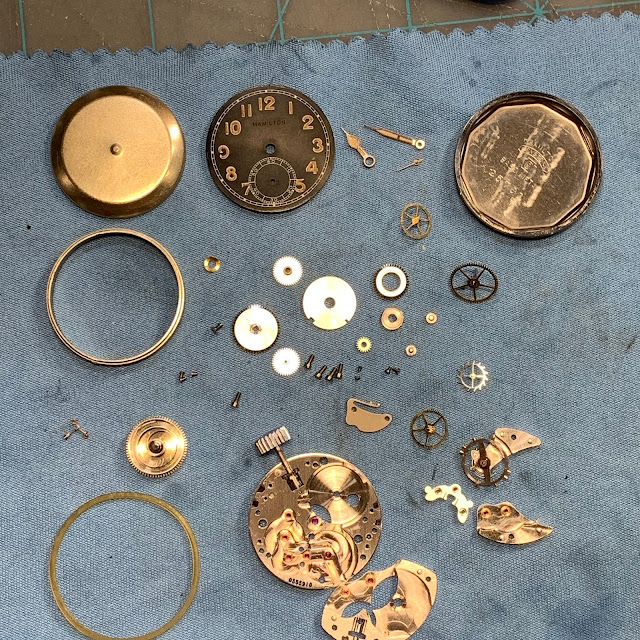 The reassembled movement is ticking away with a good motion.  Let's see what the timer thinks of it. 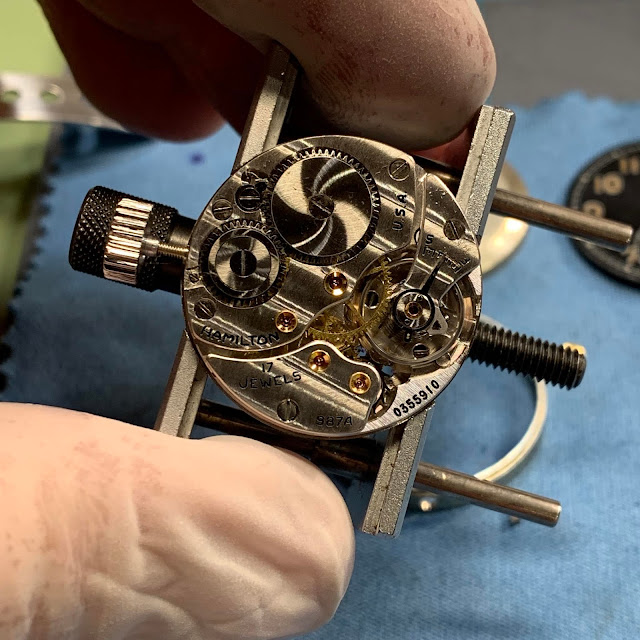 Not too shabby.  The beat error of 2.7ms is on the higher end of my acceptable specs and the amplitude is a vigorous 316 degrees.  Should I try to reduce the beat error? 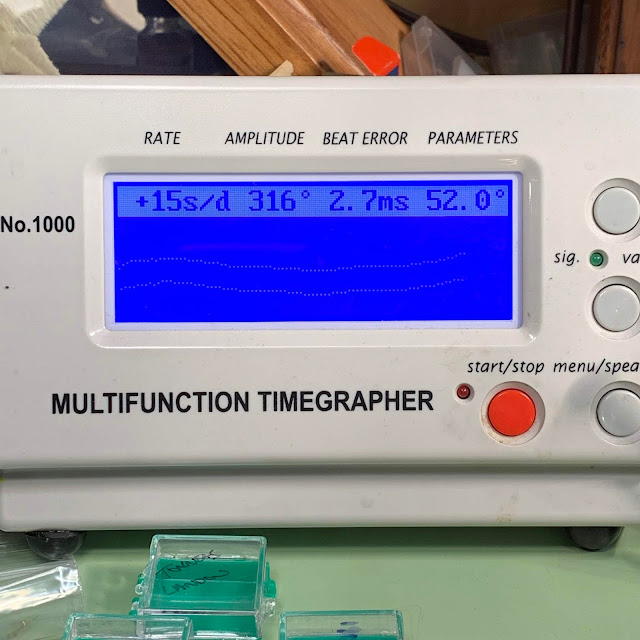 Well, the most desirable amplitude is between 250 and 300.  If amplitude gets too high the balance can swing all the way around and hit the opposite side of the pallet fork, causing it to bounce back and make the timing go wonky.  Amplitude will be higher when the movement is dial up or dial down since the friction is lowest in those positions.  When the movement is on edge all of the pivots are in use so the amplitude drops slightly.  If I decrease the beat error, the amplitude will increase.  So, since the amplitude is already pretty high, I think I'll leave the beat error as is.  The watch will stop a little sooner than if the beat error were lower but not that much sooner.

A new crystal definitely goes a long way toward making this watch look a lot better.  Now my friend just needs to make sure he doesn't drop it again! 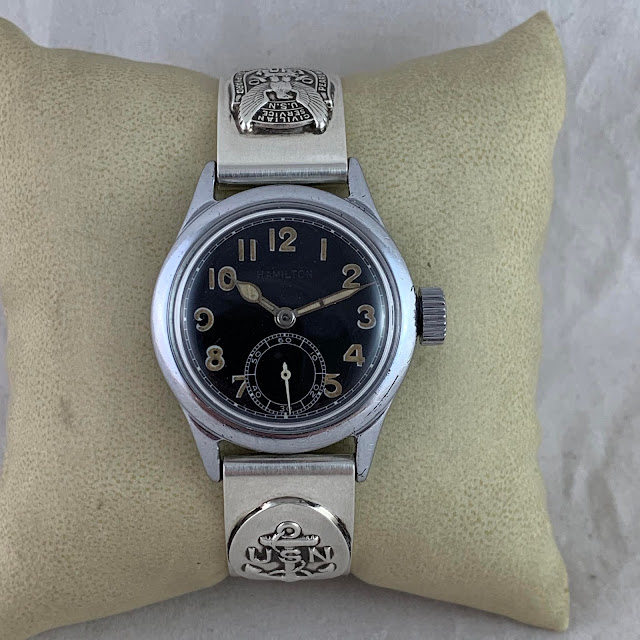