This is my last post for 2022.  Reflecting back on the year, and overall, it's amazing to see that I've been posting restorations for over 10 years!  I'm just short of 800 posts so I'll need to think of something cool to post for that significant milestone.

Today's post is a 1953 Brockton, although it's actually a 1954 version based on the presentation on the back.

The 1953 catalog ad for the Brockton shows it has a 19 jewel movement, solid gold case and two options for dials - either an all numeral dial or a numeral & marker dial.  Either option would cost you $110 in your local jewelry store. 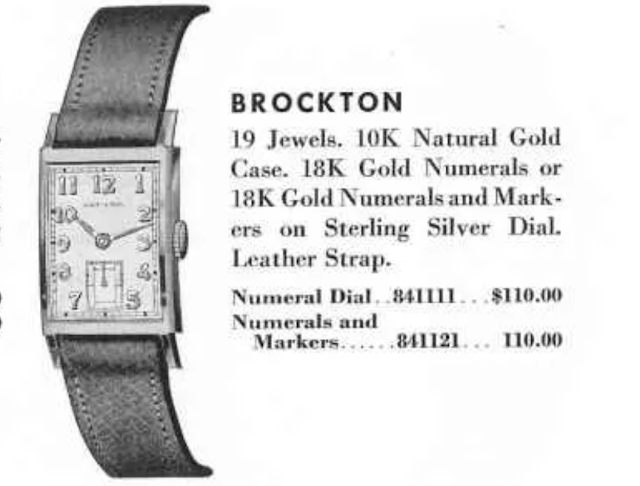 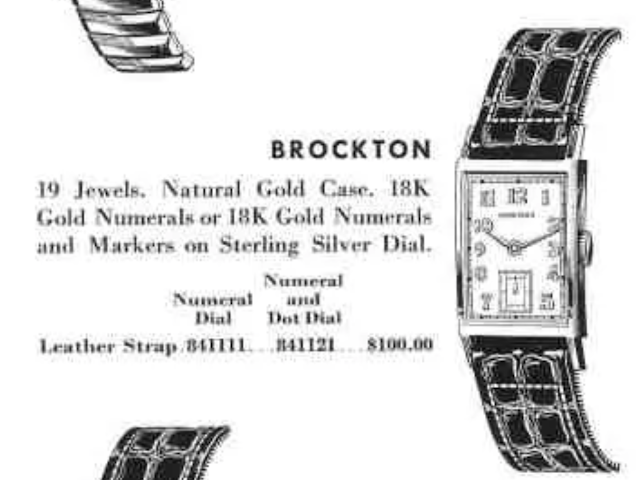 My project watch arrived in good cosmetic condition but it's not running.  You can see in the photo how obvious the seconds register looks without numerals - clearly this is a Brockton and not a Brock.  Without that detail they would look identical.  The other obvious tell is the markers on the dial - this was not an option on the Brock (although the Brock did offer things like diamonds). 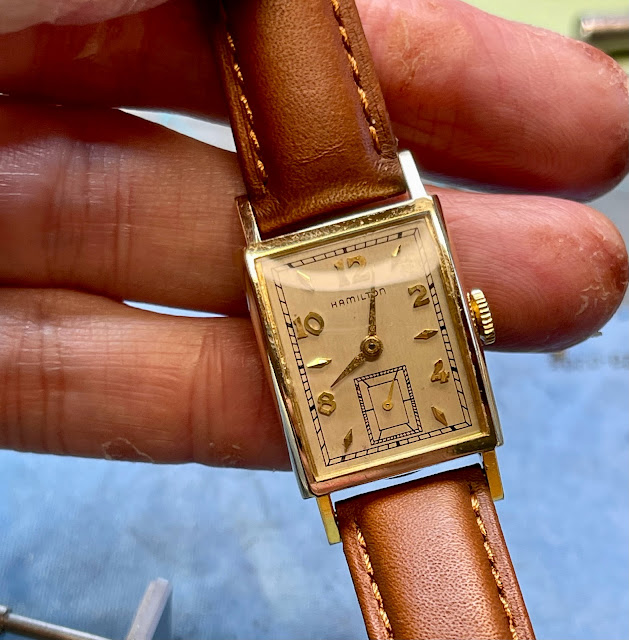 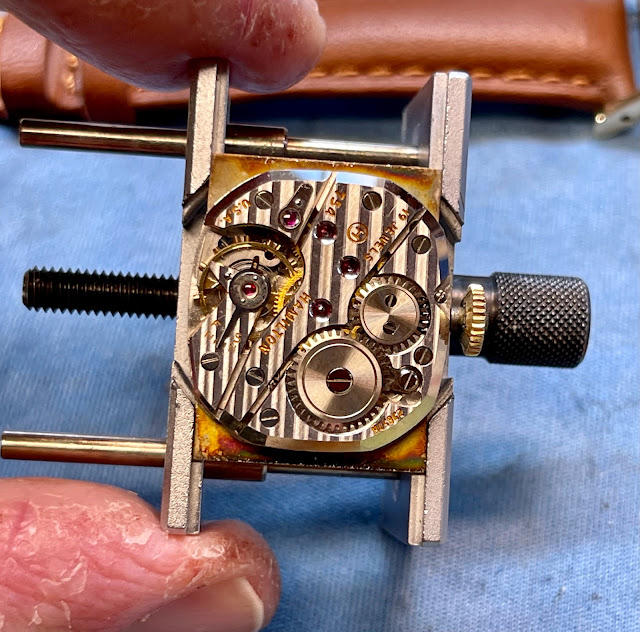 Gentle prodding of the balance shows it's a bit more wobbly than I would like.  I suspect it may have a broken balance pivot.
In case you had some doubts about the model identification, the inside of the case back makes everything crystal clear.  I don't see any indications inside the back to tell me this watch has ever seen a watchmaker's bench. 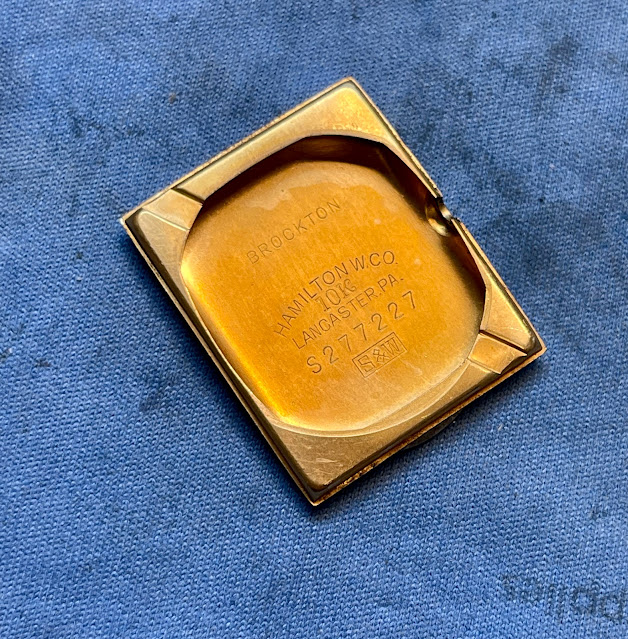 My friend Mark at VintageHamilton.com put me onto a new tool for the shop, a GemOro microscope and a 95mm frosted glass plate.  This great tool makes it very easy to inspect fine details and leaves your hands free to make adjustments, if needed. 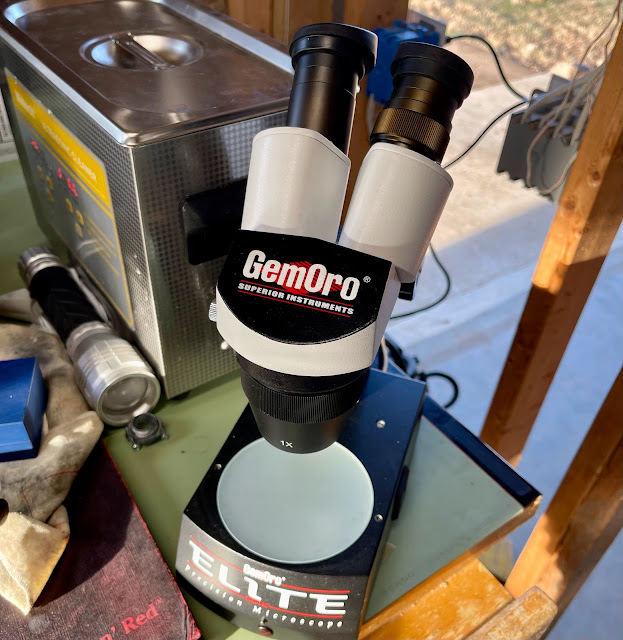 I can even use it to take very clear photos.  You can see that the jewels look great after the parts are cleaned.  I didn't get a photo of it before, but the balance jewel, just to the right of center, had a dark spot in it.  Closely inspecting the balance, the pivots were there but they were a little short.  That can cause the shoulder of the balance staff to rub and change the timing. I'm hoping the watch will run well now that it's cleaned, but I have to assemble it to find out. 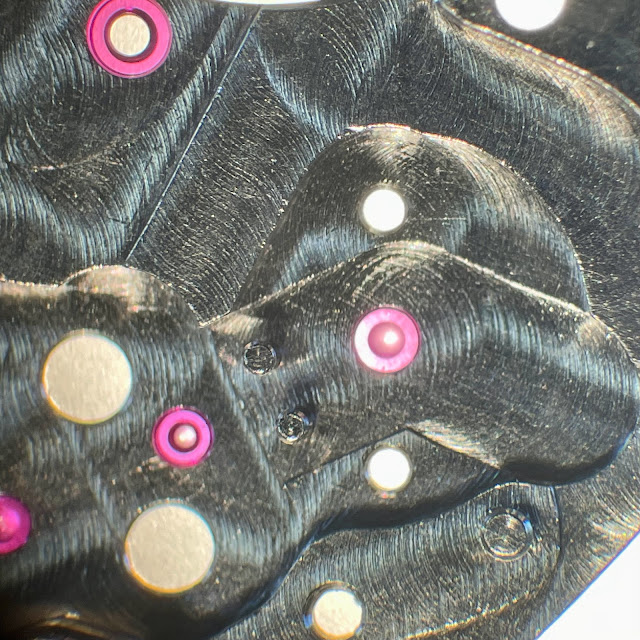 Everything is ready to be reassembled. 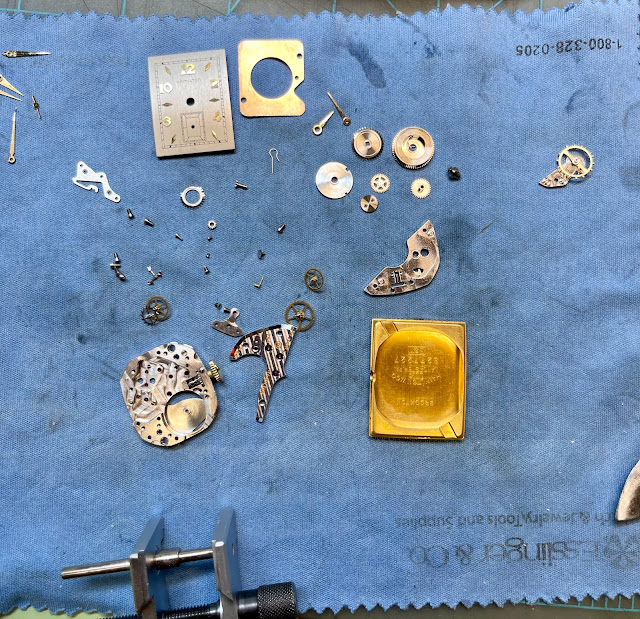 After assembly the watch would run but it would stop in certain positions.  The pivots were just too short for it to run smoothly in all positions.  Fortunately I can easily swap it out with a balance from a spare 770 donor.
With a replacement balance in place the movement is now running with a vigorous motion.  Best of all, it runs well in all positions. 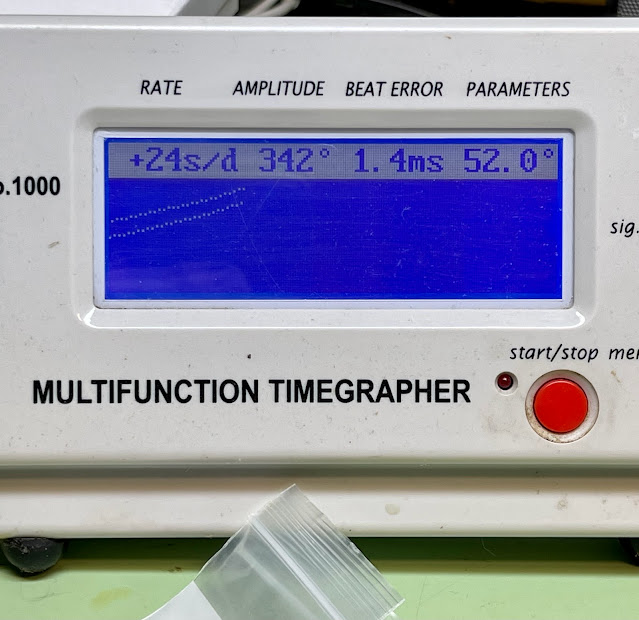 The finished project looks pretty much the same as what I started with but it now runs as good as it looks.  The little line by the 10 is just a reflection of my camera.  This watch is ready for some more wrist time. 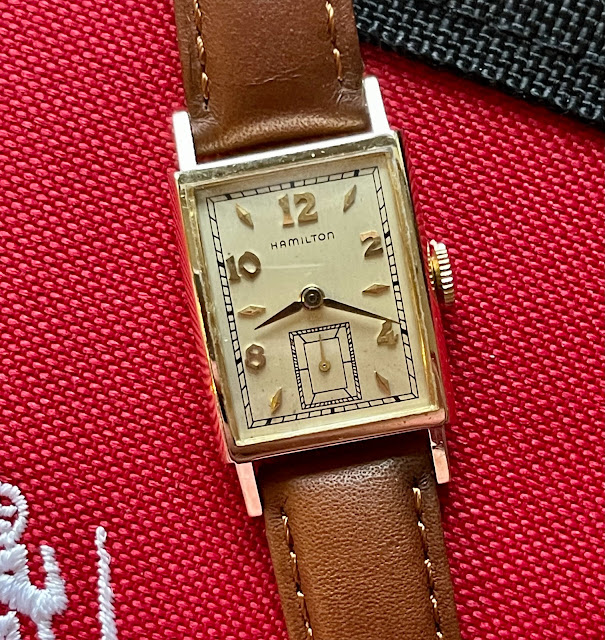