One interesting bit of Hamilton trivia is related to the 1936 Clark and the 1940 Yorktowne.  These models are often mis-identified as each other as they were not made at the same time but are almost identical.

The Clark was made for three years, 1936 through 1938.  The Yorktowne was introduced in 1940 and was made for two years until impacted by the start of WWII.

The main difference between the two is the Clark has a 14K gold filled case, while the Yorktowne has a 10K gold filled case.  Also, they used different styled hands but sometimes the hands are changed so the cases are the best judge.  Other than that, you'd be hard pressed to tell them apart. 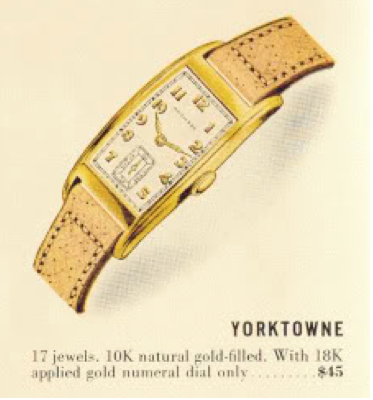 Both models share the 14/0 17 Jewel 980 movement.  Both are also prone to wear through on the front of the lugs, back of the lug tips and along the sides of the reverse.   The Yorktowne probably holds up better though - as 10K is harder than 14K.

Here's a couple of close ups from my collection.  First the Clark 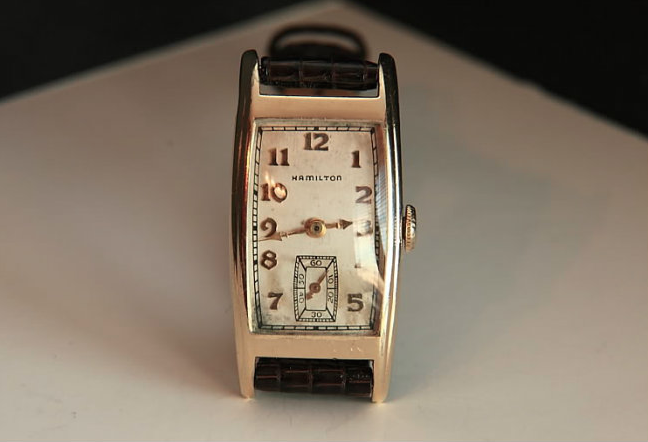 and a wrist shot. 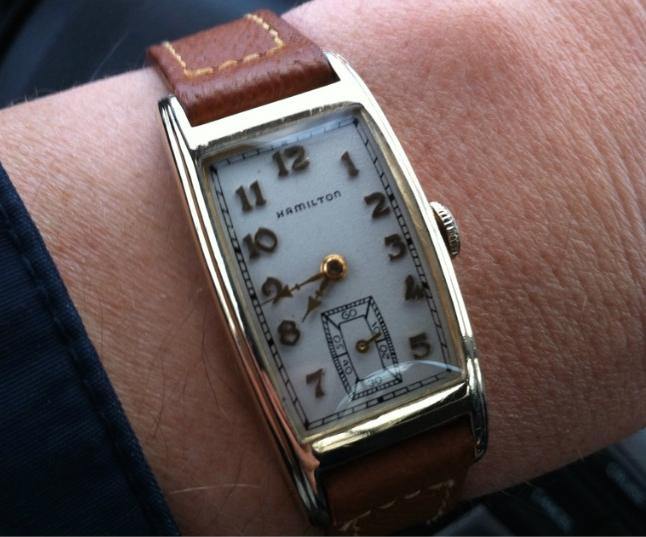 And here's a beautiful shot of an enamel dialed Clark, courtesy of Tom Diss. 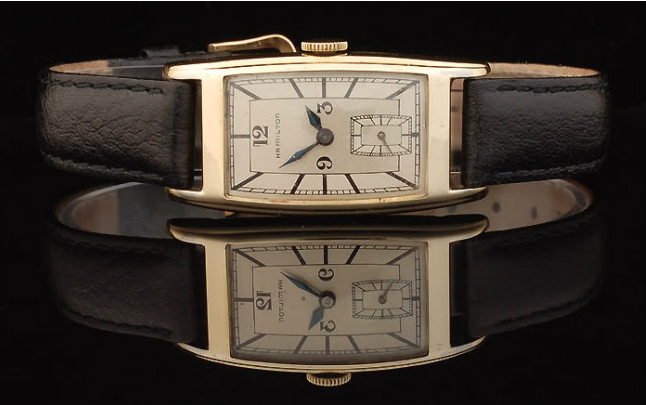 And here's a wrist shot of a Yorktowne 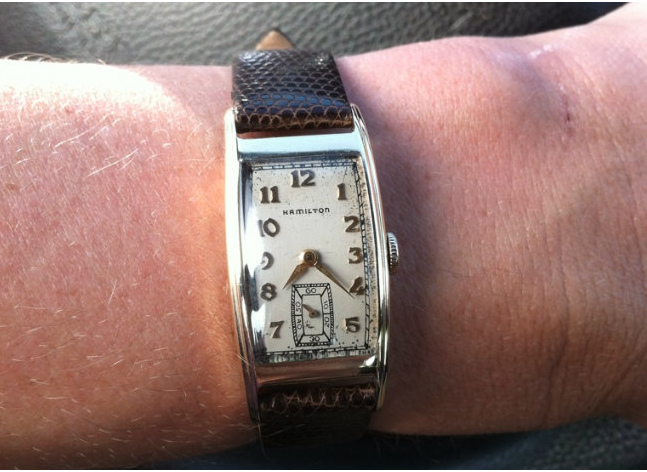