The 1926 catalog was pretty simple from a men's wrist watch standpoint... there were only two choices, the Cushion and the Square.  Strap watches for women had been around a while but men's versions were "new". 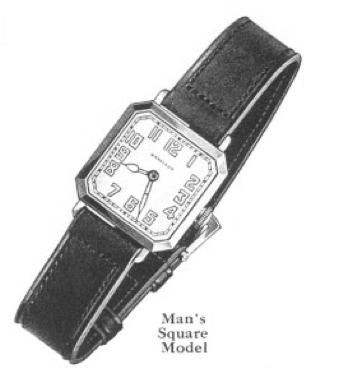 Both watches used the 17 jewel, 6/0 sized 986A movement without a second hand.  Cases were gold filled or solid gold, in green or white gold.  Only luminous dials were available.

Then, in 1927 Hamilton introduced the 6/0 sized, 17 jewel 987 movement with a sub second hand.  The movements have slightly different dimensions so the cases for a 1926 Square is slightly different than a 1927 Square (cut corner) case - and each is intended for it's specific movements (you will sometimes see them get mixed up).

The 1927 Square (Cut Corner) was also available with plain or engraved bezels. 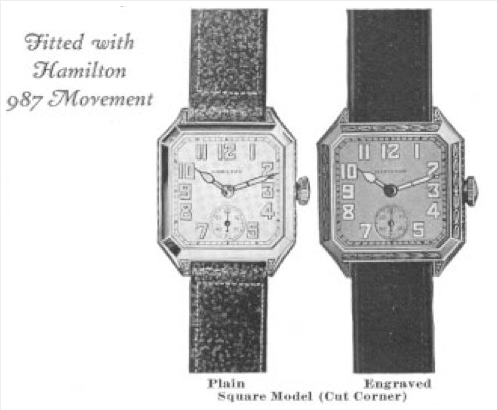 The 1927 catalog also introduced the Barrel to the "geometric" model lineup.  The Tonneau joined the geometric lineup in 1928.  The Square continued to be produced through 1930. 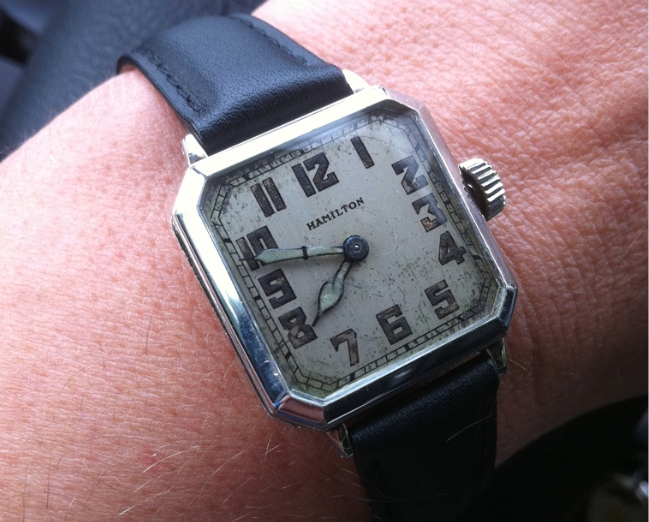 I believe (and could be mistaken) that some 987's made it into the earlier Square cases and the case backs are marked "987" to denote this difference.  Here's an example of the 1926 Square with an engraved bezel.  This varient is called the "Enamel Inlaid Square" and can be distinguished from the later Square Cut Corner by the shape of the center section of the case as well as the lugs.  The engraving pattern is also unique to the "Enamel Inlaid Square".  This is a relatively uncommon watch is rarely comes up for sale. 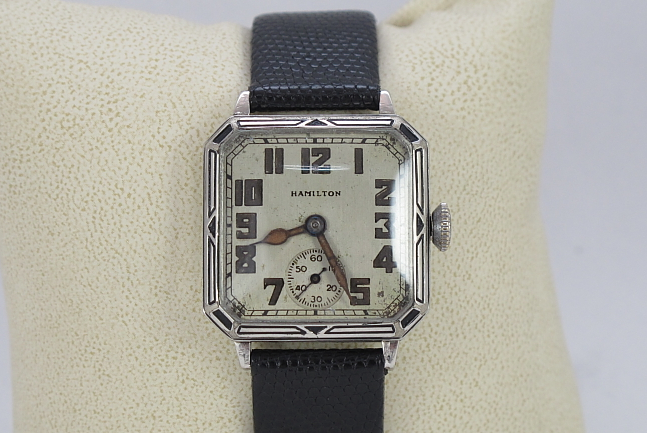 And heres a few shots of Engraved and Plain Squares (Cut Corner)... although the bezel is plain on the Plain model, the center of the case is still engraved.  Note the protrusion of the center part of the case, especially near the lugs. 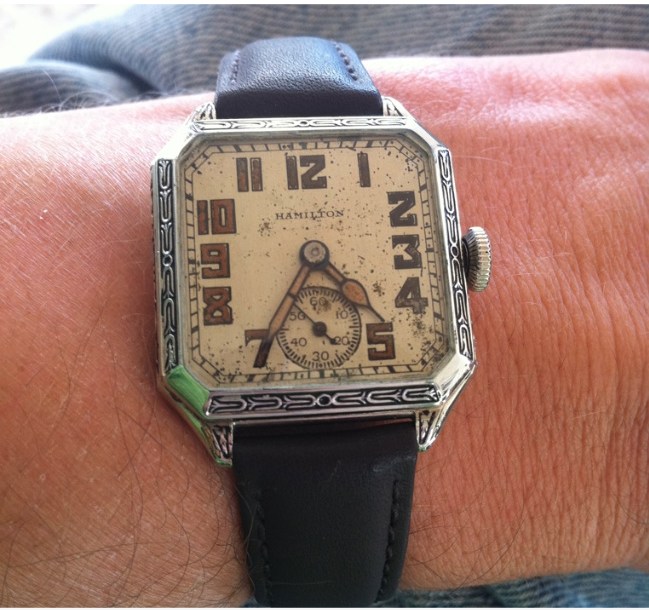 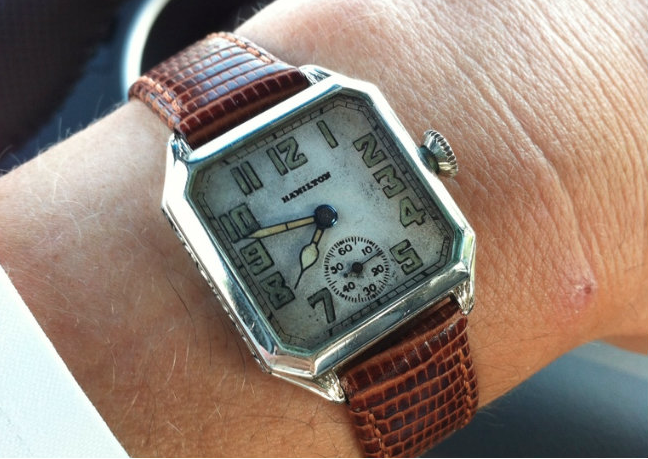 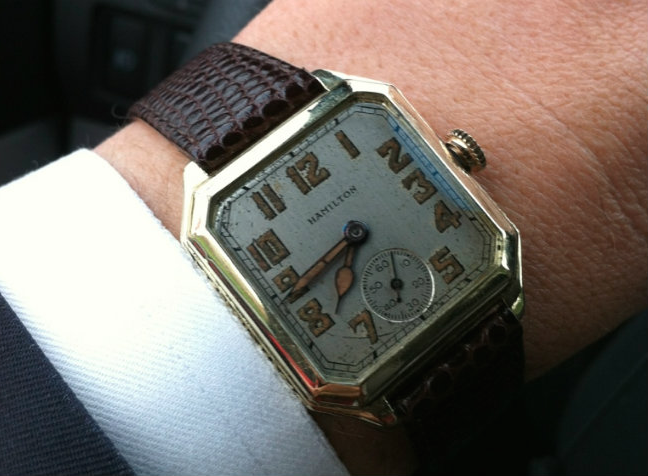