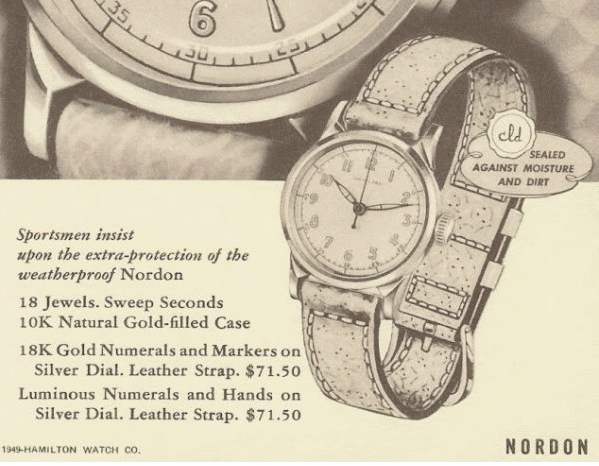 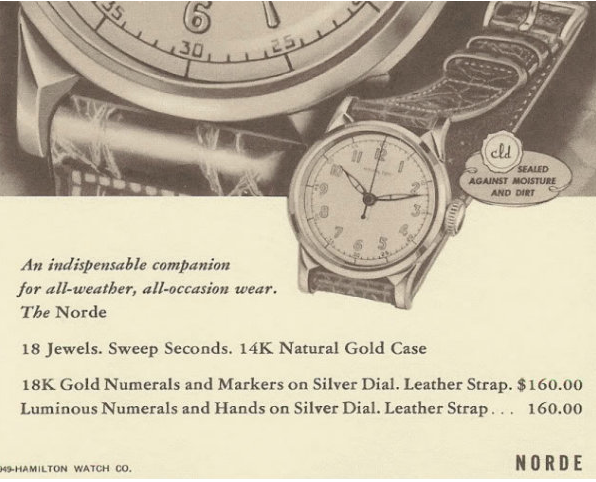 The Nordon shares a lot of similarities with the Langdon CLD.  The 10K gold filled cases are virtually identical except the model name is often stamped inside the two-piece case's back.  The main difference between the two models is the Langdon used the 747 movement with a sub second hand.

CLD watches feature a series of gaskets to seal the case from the elements.  One goes around the crystal, one the bezel and the third is inside the crown.  CLD watches are not "waterproof" but they are more robust to the environment than other watches - assuming the gaskets are still intact.

Unlike the earlier sweep second hand movement, the 987S, the 748 movement does not hack, or stop, when you pull out the stem to set the time.

Two dial options were available, the AGN dial (most common) and the luminous dial with matching hands.  The luminous dial and hands always remind me of the "Cheshire Cat" as the hands at the 10:12 position look like cat's eyes.   All that's missing is the smile.

On the wrist, the Nordon is a nice watch... small by todays standards but quite typical for a 1940's watch. 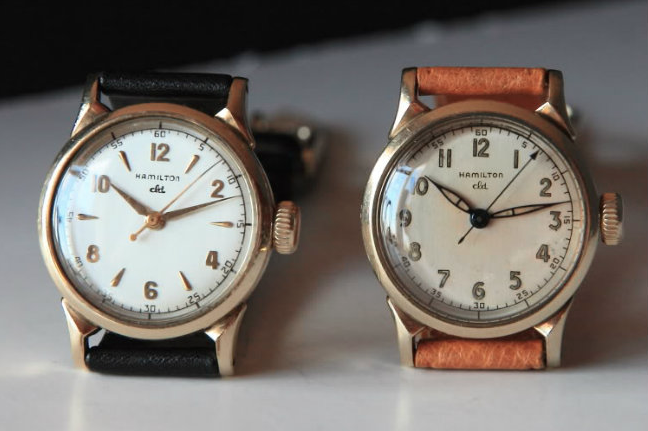 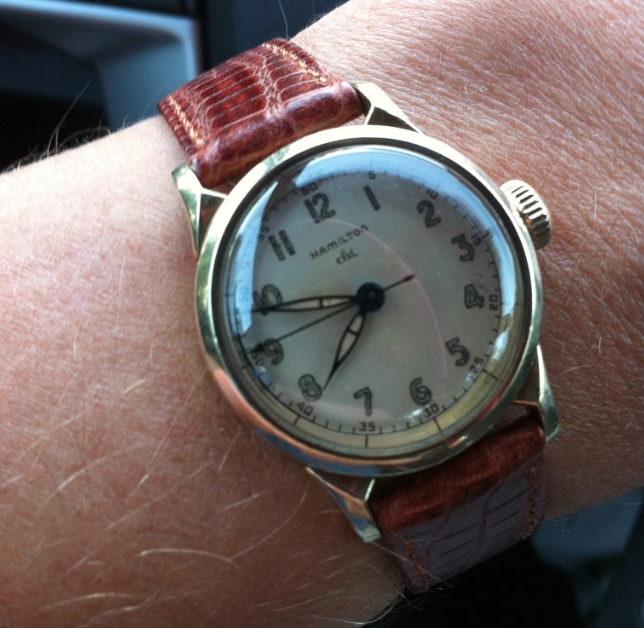