The Secometer B continued to be produced through 1952. 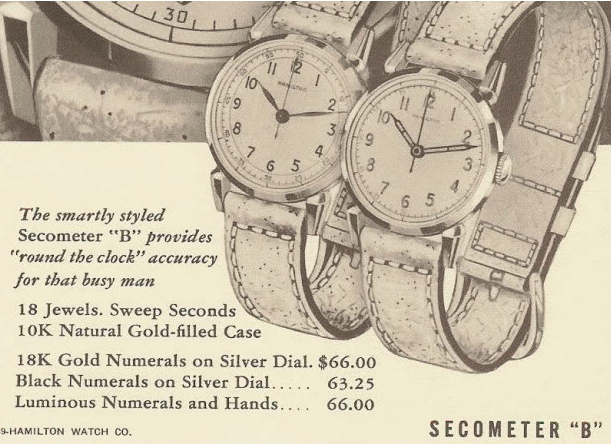 Three different dial and hand arrangements were available - an AGN dial, a luminous dial and a black enamel numeral dial all with hands to match.

Unlike the original Secometer, the B model does not "hack" so the movement continues run when the stem is pulled out to set the time.

The two-piece case has a bubble back that sits comfortably on the wrist.  The front bezel holds the crystal and when the assembly is separated, the movement and dial are easily accessed.  The case tends to wear well but the model is often found with wear-through on the reverse near the crown.  The tips of the lugs can also often show the result of years of wear. 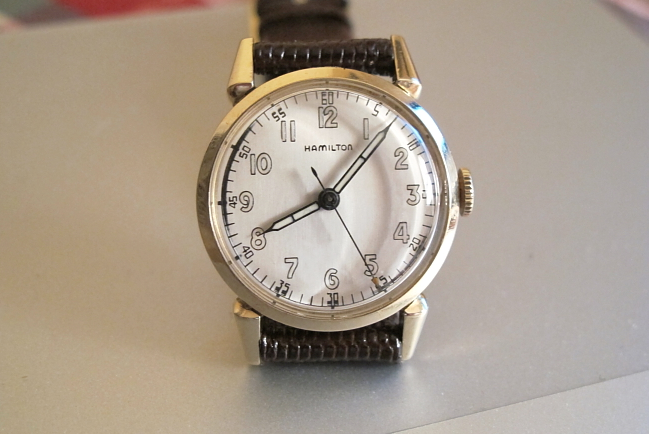 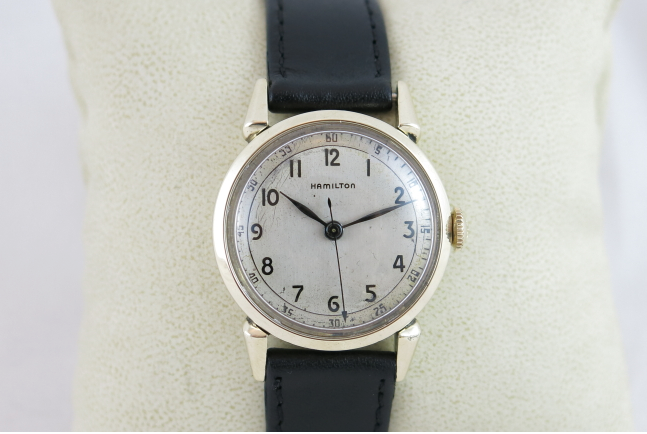 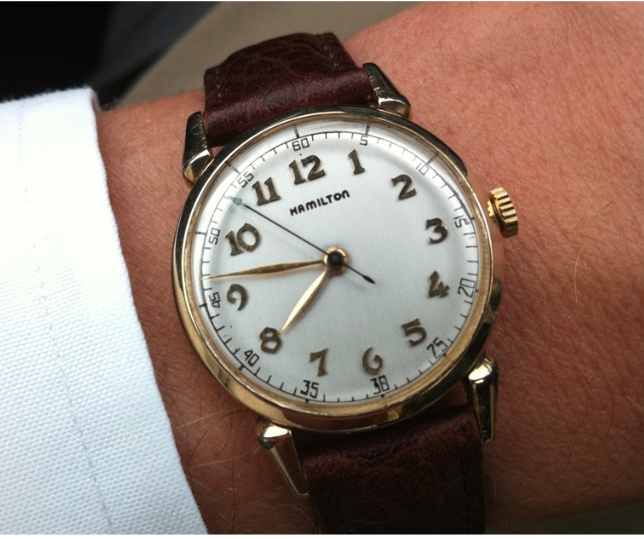 The Secometer B is easily confused with the Rodney, which was introduced in the mid 1950's.  The two look very similar but the Rodney is considerably larger.

Here's a side by side comparison of a Rodney and a Secometer B. 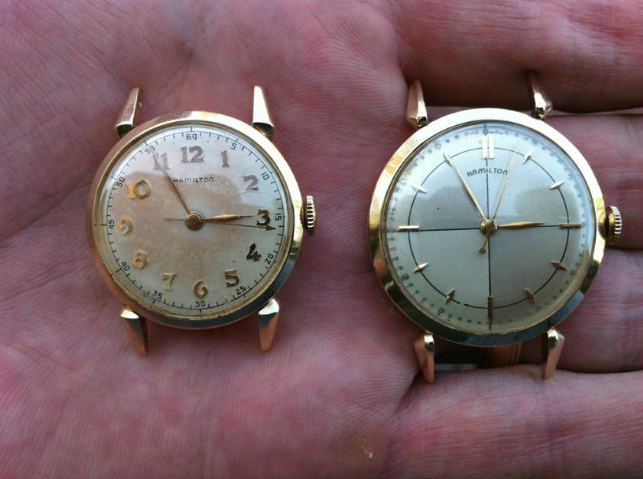