At the conclusion of WWII in 1945, Hamilton was able to retool operations to start making civilian time pieces again.  I've heard statistics that making a movement took the better part of a year from start to finish so civilian models were re-released slowly through 1946.

One of the new models introduced after the war was the Secometer.  Like the Sentinel introduced in 1940, the Secometer utilized the same 6/0 sized, 17 jewel 987S movement with a central sweep second hand.  In addition, it used the same gold filled case as the Sentinel.  The only real difference was the dial. 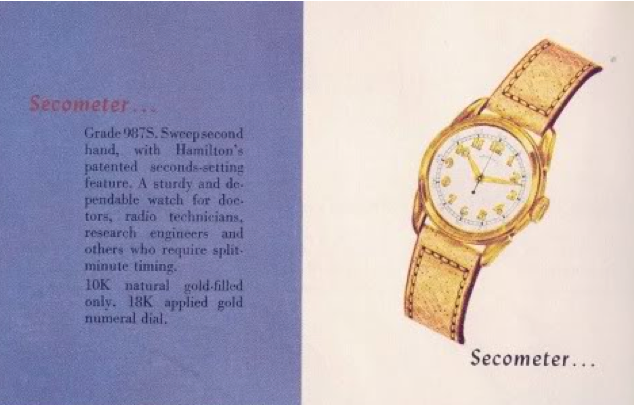 Initially it was produced only with an AGN dial but later years offered an enamel dialed version as well.

The 987S movement was used for military watches during the war and it features a hacking feature where the movement stops when you pull out the crown to set the time.  Push the crown back in and it restarts.

The Secometer was produced through 1948.  In 1948 it was offered along with the Secometer B - a similar watch that used the newly introduced 18J 748 movement with sweep second hand, as well as the Secometer C, which came in a solid gold case.

The Secometer is a very classic design in my opinion, perhaps ahead of it's time as sweep second hands were relatively uncommon prior to 1948. 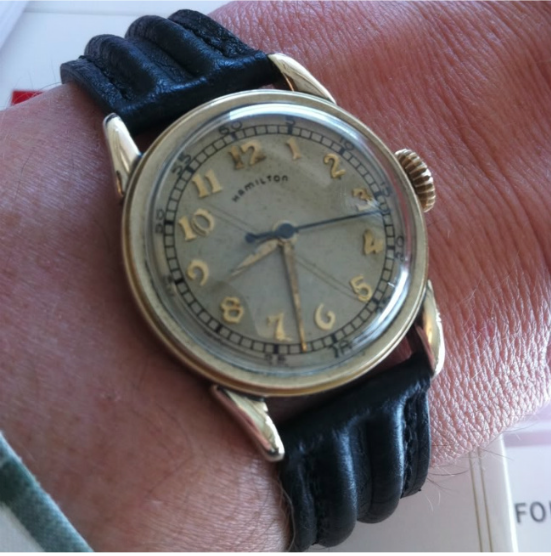 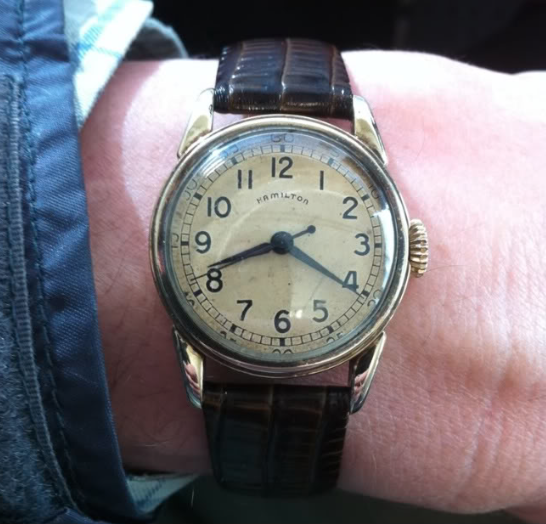 I like the Secometer and it always catches my eye when I see one for sale.
Posted by HandyDan at 6:07 PM