I recently had the opportunity to overhaul a 1931-ish Illinois Ensign.  I couldn't find a catalog image of the Ensign so I could be off on my dating but the serial number of the movement puts it in 1931.

As received, it was running off and on and was pretty dirty - but otherwise in very nice shape. 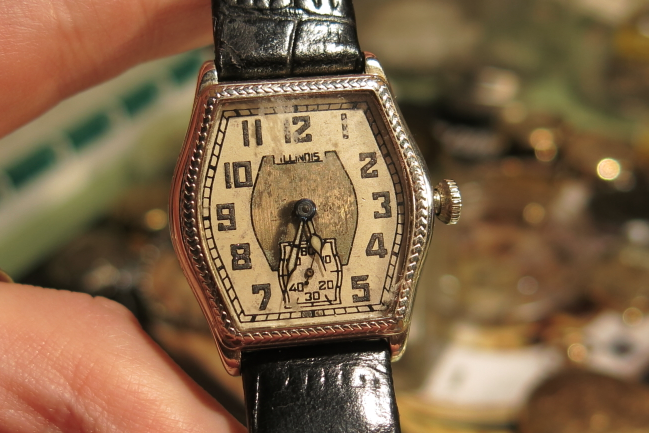 After cleaning the movement, polishing the case and re-enameling the case engraving, I think it turned out really well. 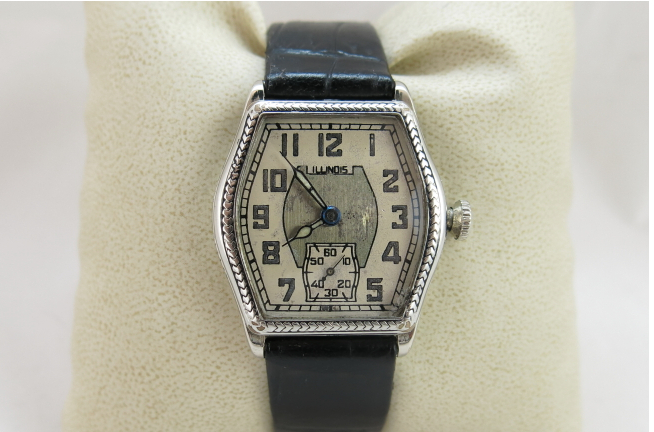 If the Ensign looks familiar, it could be because it has a bigger brother called the Mate (Special Model H) which has a larger 3/0 sized movement.  The Mate is a really nice sized watch and very large by vintage watch standards. 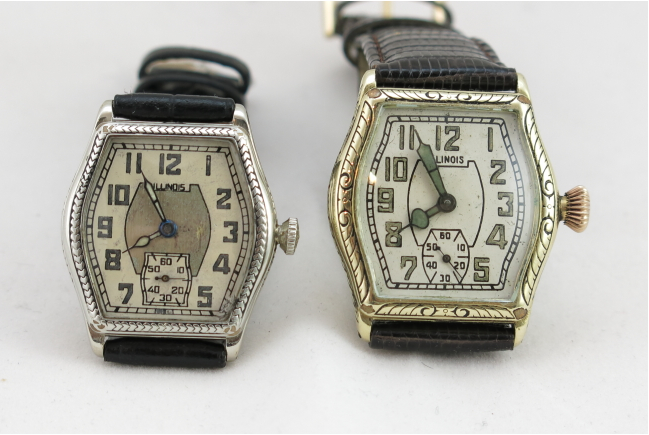