The Brock was released in 1939 and made until 1952 (with an interruption due to WWII).  It's a solid 14K gold tank-style watch with a choice of AGN dial or a two-tone gilt dial. 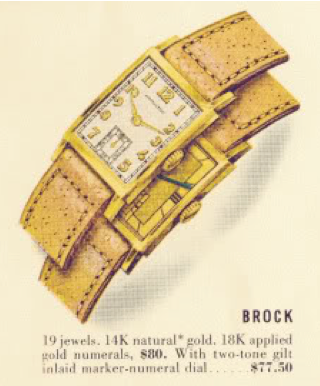 However, in 1940 (and only 1940) the Brock was available in a solid coral gold version (also known as rose gold).  It came with a two-tone enamel copper-colored dial with Roman numerals.  The Coral Brock also features black baton-style hands. 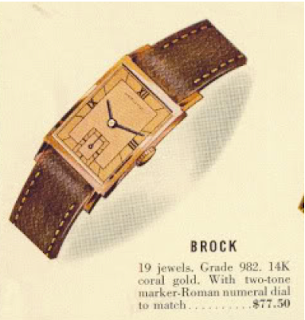 I recently had the opportunity to check out a Coral Brock and it's a very distinguished-looking watch.  It's not very large, especially by today's standards so a woman could easily wear it as well.

They're not very common so it was great to have a chance to see one in person.   If you ever happen to find one, I think the most challenging thing you might realize about them is it's just as hard to obtain a matching rose-gold buckle for the strap... try finding one of those! 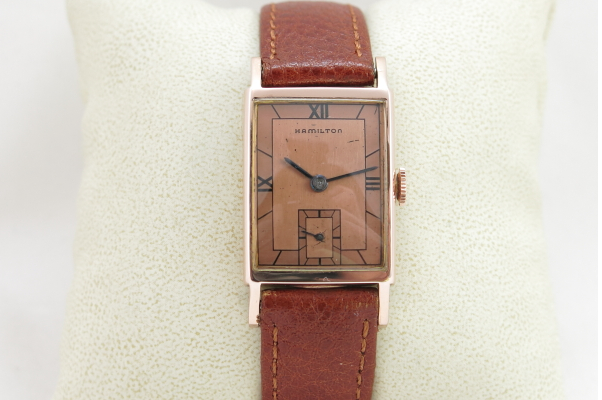 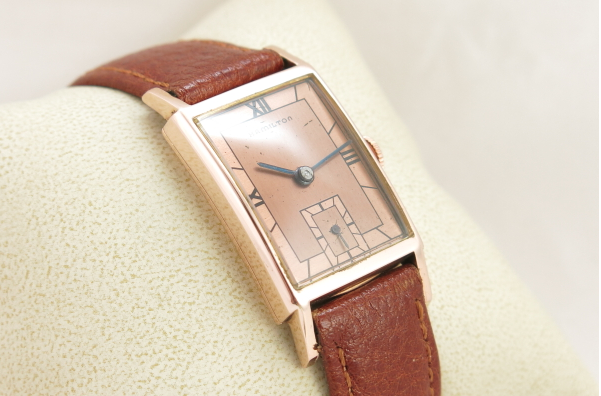