There have been three Hamilton models called the Perry.  The first one was released in 1931 and produced for four years.

Like other watches from this period, the Perry came in yellow gold filled or white gold filled.  Depending on the year, three different dial options were available too... a luminous dial, an applied gold numeral dial, and a black figure (enamel) dial.  I think the latter is least common and draws a healthy premium.

The Perry is a large watch, especially by vintage watch standards.  It utilizes the 17 jewel 6/0  sized 987F movement (maybe a 987 if it's an early version).  It's barrel shaped bezel is similar to other watches made in the same period so the easiest way to identify a Perry is by the horizontal fluting on the side of the bezel and case at the 3 and 9 position.

Wear through is very common to the corners of the bezel.  I've also seen examples with considerable wear to the edges of the case back.  However, you very rarely see a Perry without at least a little wear to the bezel.

I recently restored a white Hamilton Perry and it was a great example of a "diamond in the rough".

In the before-state, the watch was not running and had a cracked plastic crystal and very poor dial.  The crown was also a replacement and not really a good match for the model. 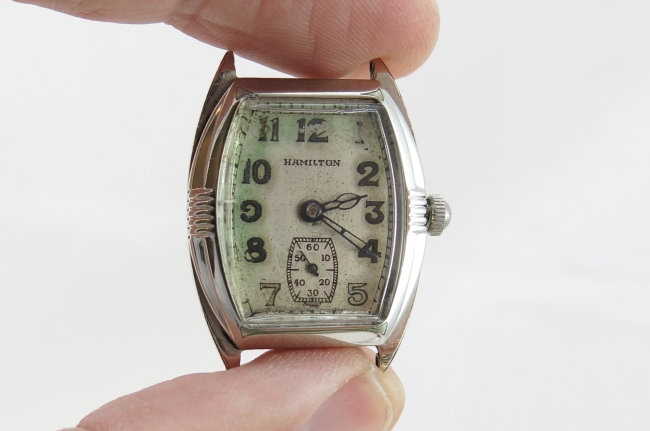 The movement was a rusty mess.  In fact, I was surprised that I was able to restore it to excellent running condition.  If the hairspring on the balance gets rusty the watch is probably going to be a lost cause.  Most of this water damage was constrained to the dial side and the stem area.  Pretty much all of the winding and setting parts had to be replaced, as was the mainspring arbor. 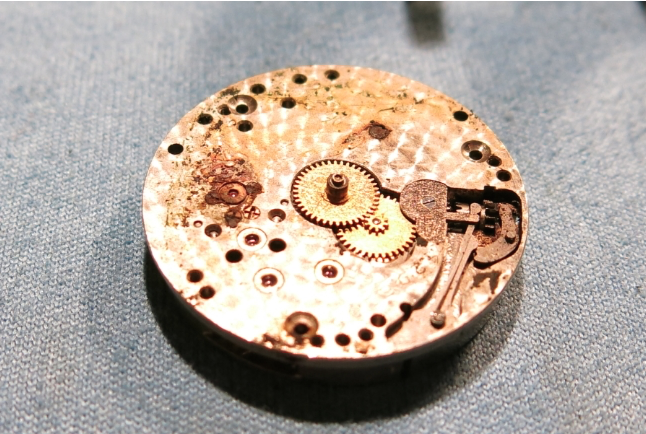 After the movement was overhauled, I sent the dial and hands out to be professionally refinished.  The hands are not exactly correct but they still look very nice, so who cares?  I also installed a new glass crystal.  A new stem and more appropriate crown completed the exterior restoration and with a new black teju grain strap, this Perry is a dramatically improved watch! 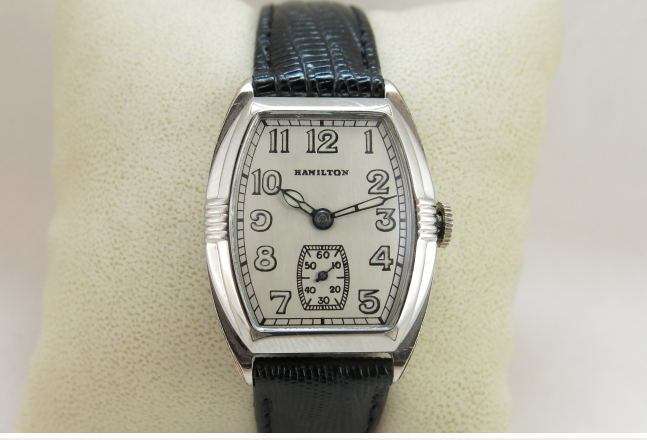 Here's a couple of other very fine examples of Hamilton Perrys.  This first one exhibits the black figure dial.  Complemented with the black spear hands, this watch is a striking model and looks fantastic with a deep brown calf skin strap. 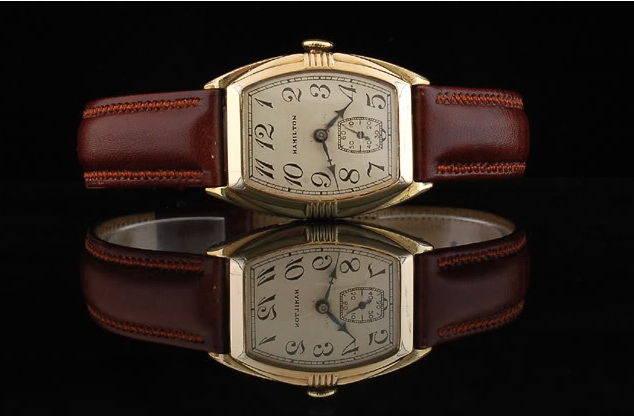 Here's a nice example of a white Perry with the AGN dial.  As a general rule, white watches with AGN dials got black hands.  If this watch was a yellow gold filled version, it would have had gild (yellow) hands. 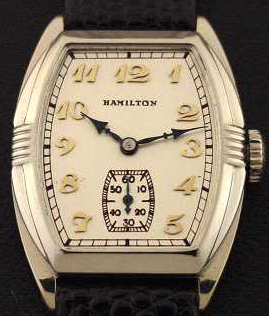