Introduced in 1953, the Hamilton Cranston was produced for only two years.  It's very similar to some other period models, like the Boulton, except the Cranston is a little bigger, or wider anyway. 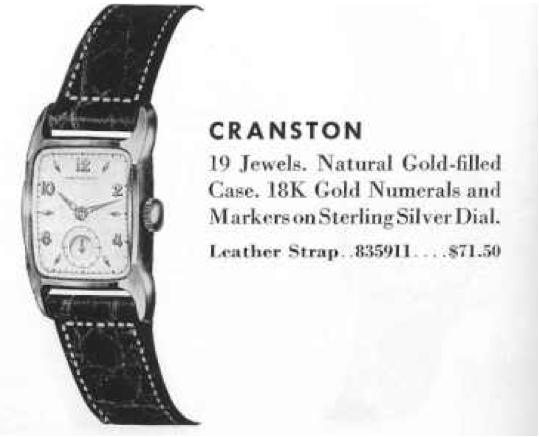 The Cranston also offers a beefy 10K gold filled case with lots of angles.  Back in my Navy days I would have described it as "stealthy".  It also has an 18mm lug width so it accommodates a substantial-looking strap too.

The dial is sterling silver with solid 18K gold numerals and markers.  The numeral / marker dial is one of the best clues to identify a Cranston from other similar shaped models.

I recently picked up a Cranston at one of my favorite local jewelers.  It came on a garden-variety Spiedel expansion bracelet so I was happy to remove that and outfit it with a nice genuine lizard strap.  After a thorough cleaning, it's running as great as it looks! 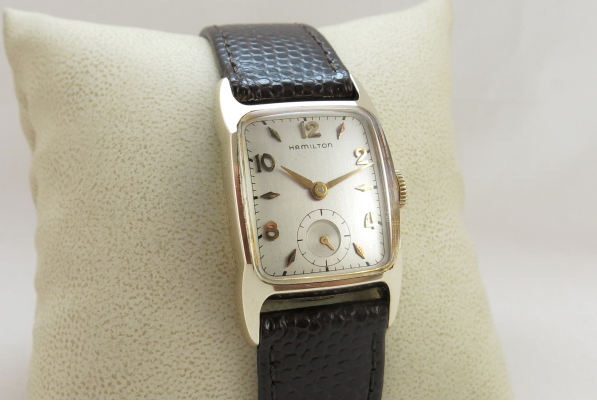 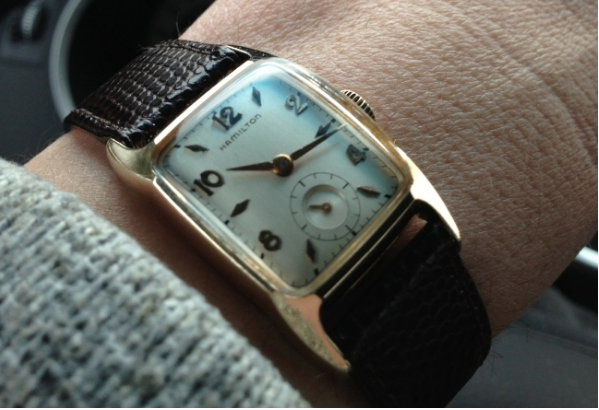