The first Accumatics were introduced in 1956 and all had roman numerals (I, II, IV, etc).  In 1961 the Accumatics started to get numbers and one of the watches was the Accumatic A-600.  It was produced for four years (through 1964). 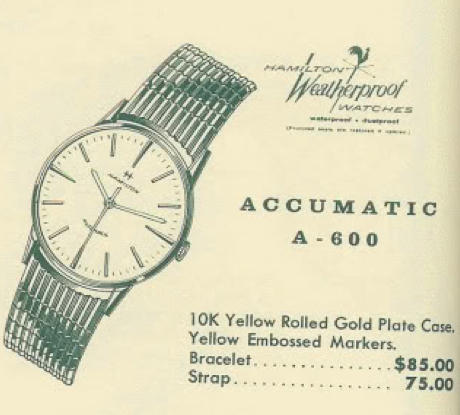 The A-600 comes in a Rolled Gold Plate (RGP) case that opens through the crystal.  I don't recall what movement is under the hood, probably a Swiss-made Hamilton 689 or 689A would be my guess. 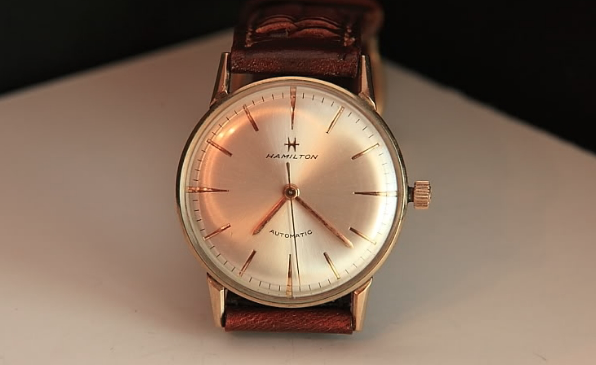 I had an opportunity to overhaul another A-600 with it's original bracelet.  It had a 689 movement under the dial, as suspected.  The 689 has two holes in the rotor carrier to inspect the balance below it.  The 689 has a cutaway section to provide more access.  There are a few other minor differences too... but that's the most obvious one. 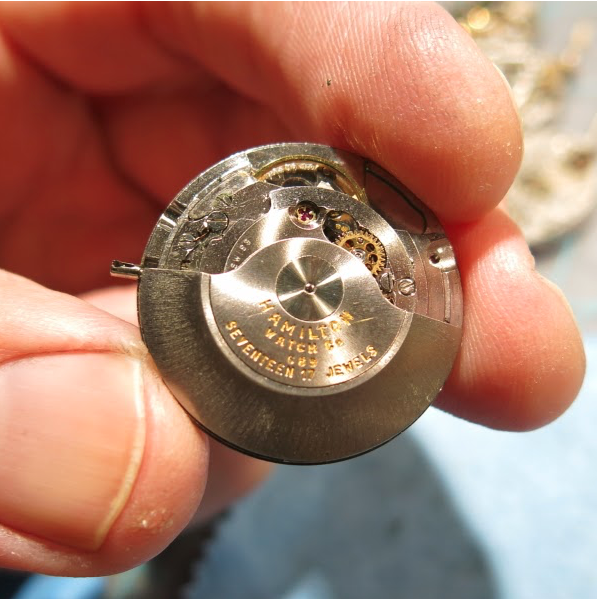 With the original bracelet, the A-600 is a sleek-looking watch. 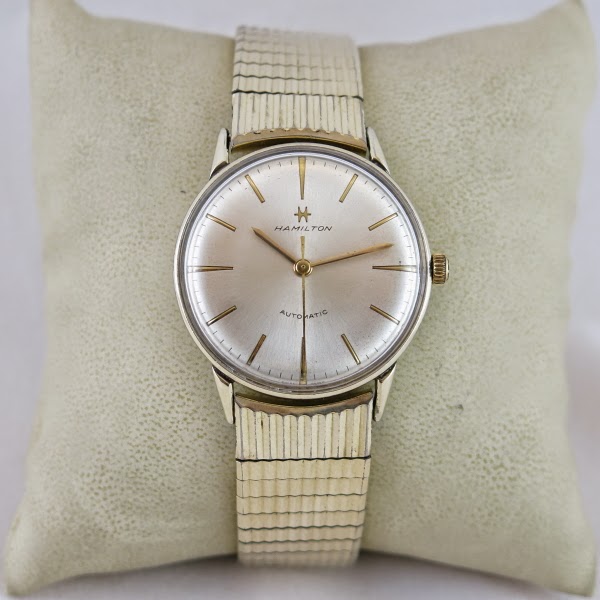