Hamilton must have about 30 or more models named Sea-something.  So many, in fact, that they took to adding roman numerals to mark new models.  A good example is the 1965 Sea Mate II.  It's a completely different model than the 1959 Sea-Mate issued a few years earlier. 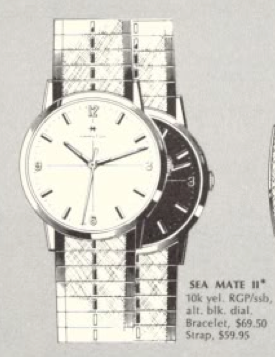 The Sea Mate II was one of a few watches that continued to be produced after 1969 - the year Hamilton was sold to what is now the Swatch Group.  It was produced until 1971.  Three dials where available... a white butler finished dial, a black dial and also a masonic dial.

The case is 10k rolled gold plate, RGP, with a stainless steel back.  It opens through the crystal so it has a two-piece stem.  I have found that these one-piece cases with a gold bezel and stainless back must be confusing to a lot of people - as it's not unusual to see pry-marks on the back where someone has tried to separate the two sections.

I recently picked up a Sea Mate II project watch.  After an overhaul, dial cleaning, new crystal and a strap - I think it turned out fantastic. 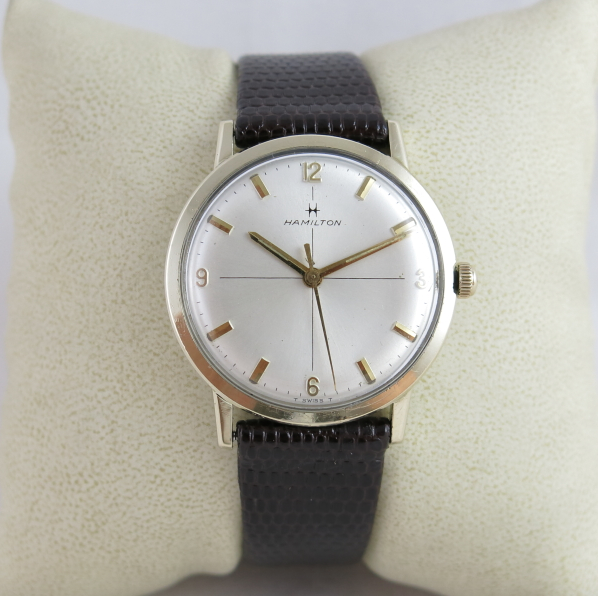