Hamilton's first wrist watches were called geometrics - because their model names reflected their case shape.  So there were Ovals, Rectangulars, Squares, etc.  The very first watch was called simply "the Cushion", or more formally, "the Man's Cushion Model".

The earliest Cushions had a round bezel opening but a cushion-shaped (pillow-shaped) case.  Initially the man's model used a 0-size ladies pocket watch movement. 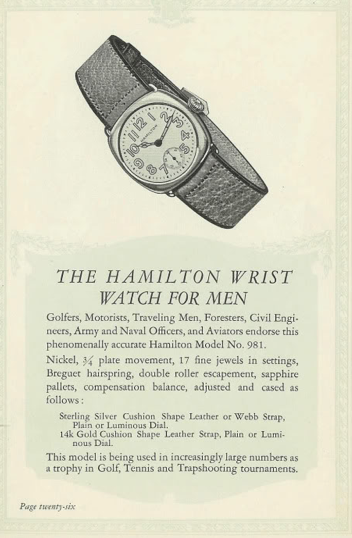 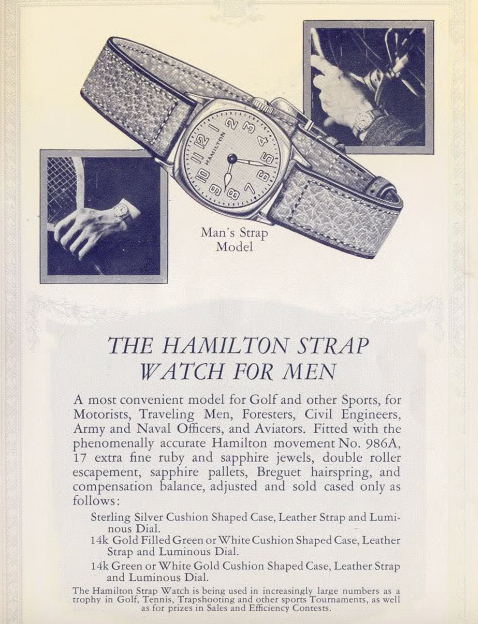 Later cushions would have a cushion-shaped bezel opening and eventually feature a second hand when the 987 movement was introduced in 1926.  These are often called "Cushion Form Opening" although that's not how Hamilton referred to them in the catalogs - they were just Cushion - Plain or Cushion - Engraved. 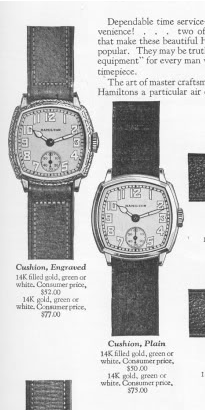 Interestingly, one of the last "geometrics" to be introduced was the 1931 Cushion B, where the bezel opening returned to being round and a 987 (or 987F) was used.

All of the models came in 14K gold or filled cases - the Cushion B only in filled, however.   Yellow gold, white gold, green gold and even sterling silver was used, depending upon the model.  Yellow gold is exceptionally rare in the earlier Cushions... most of the time you'll see green or white models.

One other bit of trivia is during WWII, Hamilton cased excess ladies movements from the 1920's into Cushion cases.  They were not cataloged - but they definitely can add to the confusion around the various round-bezel opening models.  WWII Cushions are in 10K gold filled cases though - so that's the easiest way to spot them.

But enough about that... this is about the Cushion B, specifically.

I think it's really difficult to tell the difference between the original 6/0 sized Cushion and a Cushion B - other than the obvious second hand register and presence of a 987 movement.   The cases are very similar... but they are different nonetheless.

I recently received a Cushion B project watch.  It was the first time I have personally laid hands on the model.  It had some significant issues... namely missing the crystal, an incorrect crown, bent hands, and a broken mainspring.  But it was otherwise in decent shape and all of it's issues were correctible. 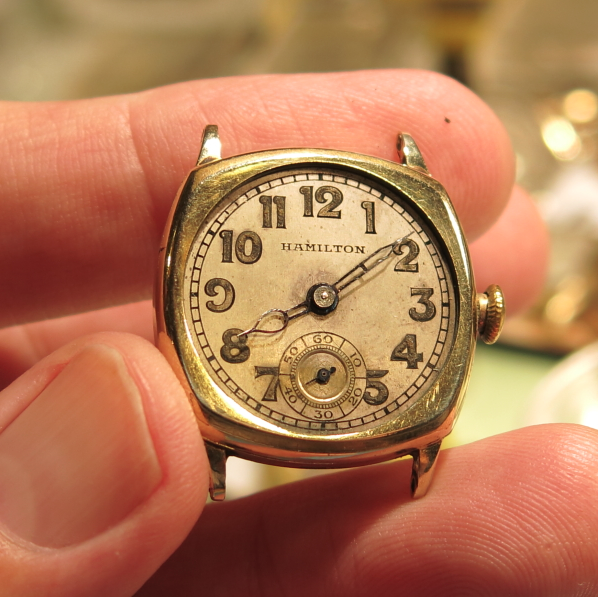 The 17 jewel 987 movement was very dirty but a little pressure on the center wheel set the balance in motion - so all this movement needed was a fresh mainspring and a thorough cleaning. 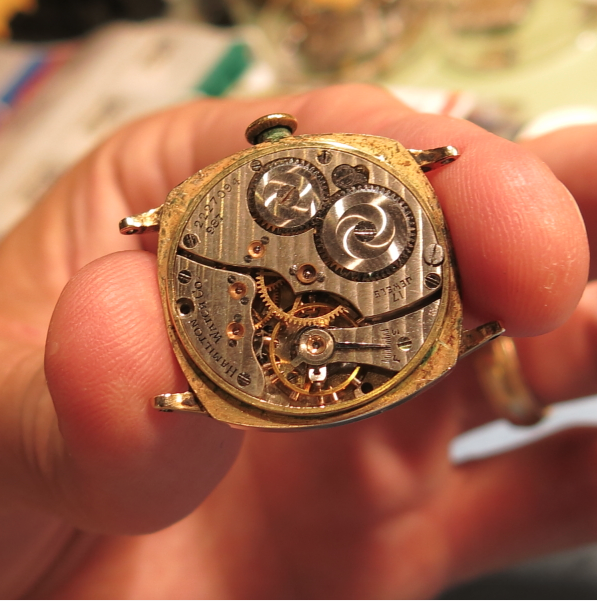 And here's the finished product under the protection of a new glass crystal.  The new crown fits over the case stem tube much better.  With a new strap - this watch is ready for more wrist time. 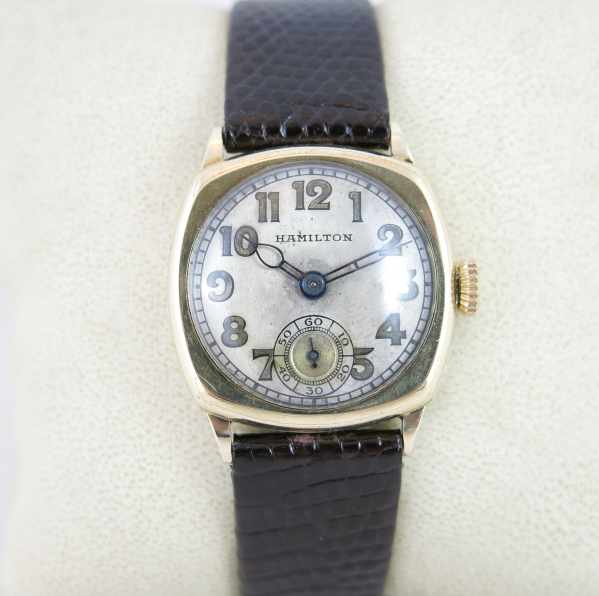 I'm sure you can tell there's no lume on the hands.  They often look better "skeleton-style" and fresh lume on the hands with old lume on the dial tends to look goofy - like new white shoelaces on dingy old sneakers.  If I really wanted to, I could "lume" the hands with model paint in a color consistent with the dial's numerals.  But I'll leave it as is, instead.

And here below are the three round-bezel opening models with the original Cushion on the left, the Cushion B in the center and the WWII Cushion on the right.  If you've got a good eye for details you should be able to spot some minor differences. 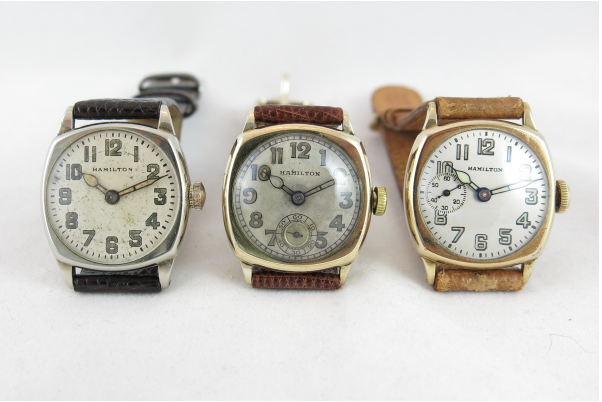 One of the differences is the Cushion B's lugs are a little shorter than the other two models.  The WWII is made of 10K gold filled - so that's easy.  The case backs on the Cushion B and WWII are thicker (deeper) than the original as well - I think that's mainly to accommodate the slightly deeper 987 movement.

Beyond that, it's a pretty close call.