In 1955 Hamilton introduced two very similar models... the Grenadier and the Grenadier II.  Both watches were produced through 1957.

Both models came in 10K yellow gold filled cases with stainless steel backs.  Both feature stainless sterling silver dials with solid gold applied markers.  The Grenadier is unique in that it also came in a left handed version with the crown on the left side for folks who prefer to wear their watch on the right wrist.

I recently landed a Grenadier project watch.  It was in the typical, "just-found-in-a-desk-drawer" condition and in need of an overhaul. 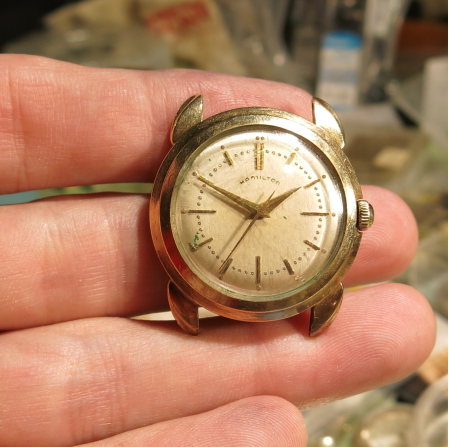 I find the variety of case backs Hamilton used to be interesting.  Some are easier to open than others.   There are screw-off case backs with flat sides for a traditional wrench or various hole patterns or grooves where a special wrench in needed to unscrew the back.  And of course, some are designed to pop-off. 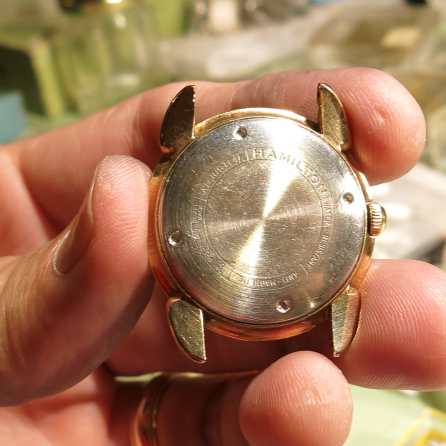 With the movement out of the case, you can see the dial is actually in good shape.  If you read the catalog ad, this watch has "Silhouette Hands".  That means that there is radium underneath the hands.  Radium is radioactive and it radiated a material that would glow all the time.  So these hands would constantly glow onto the dial and back light the hands.  The dots outside the seconds track would also glow.  So I imagine this was a very cool looking watch in the dark. 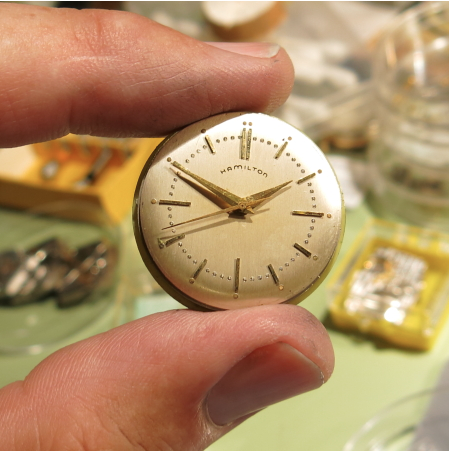 Radium occurs naturally in the environment and is pretty much everywhere.  In fact, if you have the issue of radon gas in your area, it's thanks to radium being under your house somewhere.

Although the material that glows burns out after a while, the radium continues to radiate for about 1600 years.  It will eventually burn the dial and you can see in the photo above the center is a little more toned that the outside.   I washed off the radium in my ultrasonic cleaner.

With the 735 movement serviced and running well, I reinstalled everything into the freshly polished case and added a nice lizard grain strap.  I think this project watch turned out great.  Now it can enjoy some time outside "the drawer" for a while. 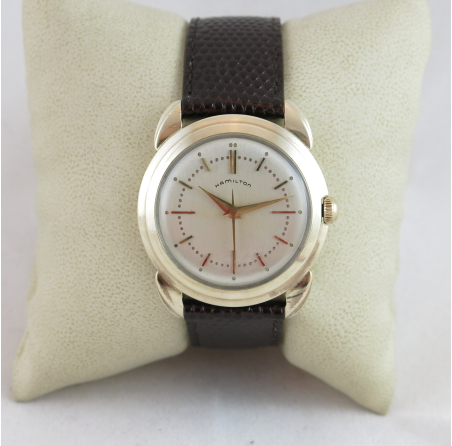