Hamilton has a few "one year wonders" - but not too many.  The advent of World War II disrupted a number of models that were not introduced after the war but there really aren't that many models that were only produced for a single year.

One of the few examples is the 1948 Dwight.  It was only available for a single year. 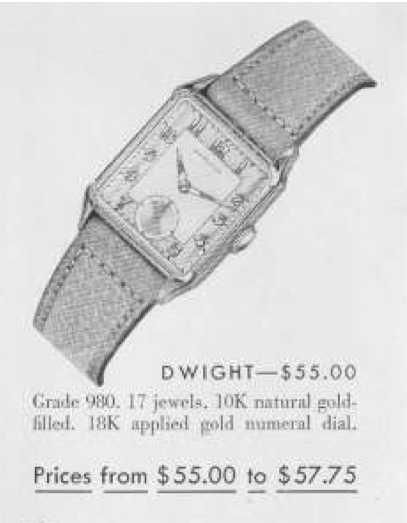 The Dwight came in a 10K gold filled case and it was outfitted with Hamilton's 14/0 sized 17 jewel 980 movement.  The 14/0 sized movements (980, 982, and 982M) are narrow movements and were typically used in the tank-style, rectangular models.  If you look closely at the Dwight, it's almost square - so it could be that it was discontinued because Hamilton's "new" 8/0 sized round 747 movement would have been better suited for a design like this.  In fact, take for example, the Eric or the Lambert.  I think the Lambert is easily confused for a Dwight.

The Dwight features a sterling silver dial with a two-tone white & butler finish and solid gold numerals.  The easiest way to tell a Lambert from the Dwight is the Dwight has a round seconds register while the Lambert's is square.  That's actually an interesting bit of trivia as well - one most models the seconds register is the shape of the bezel opening... have you ever noticed that?

I recently picked up a Dwight project watch.  I didn't pay very much for it since it was very dirty and didn't work.  In fact, if I had to describe it with just one word it would be - Nasty.  It was plenty gross and bordering on disgusting.  Sometimes watches can be coated in "old man grime" and it seems that gunk will collect in every crevasse and corner.

As received, the watch came on an expansion bracelet that was non-original so that went right to the trash can. 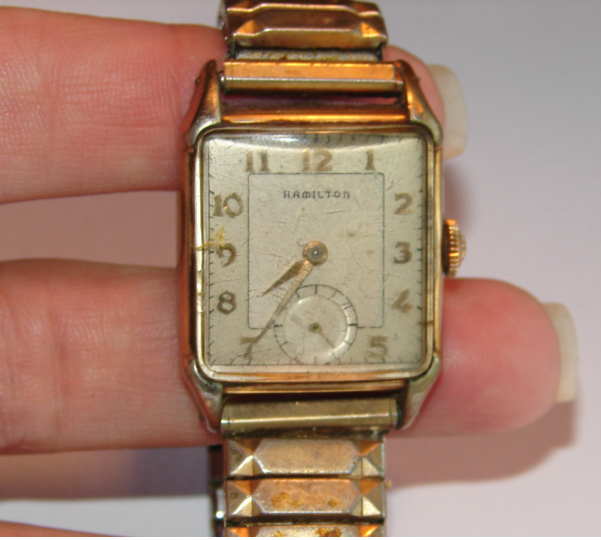 The 980 movement cleaned up really well though and it started running strong once the old oil and dirt was removed from the works.  Notice in the shot below how large the dial is compared to the width of the movement.   You could probably fit an 8/0 movement behind this dial - which is pretty much what the Lambert does. 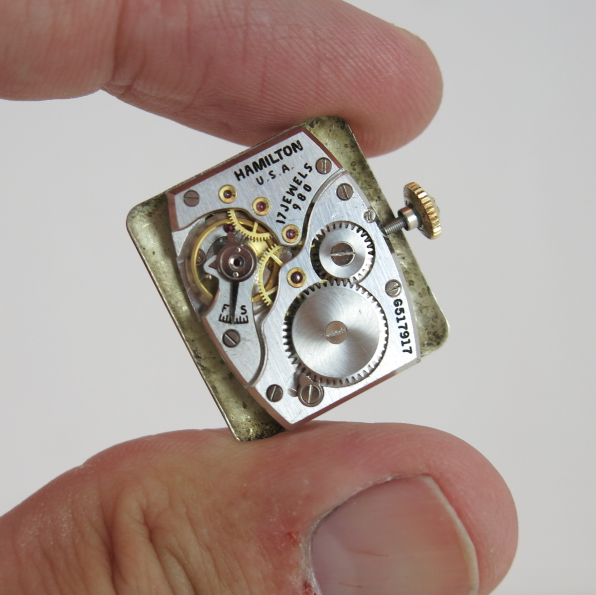 The dial on my project watch was previously refinished.  Although it looks pretty good overall, there are some spots here and there that I would normally try to clean off - but refinished dials have a tendency to clean up a little too well... as in you'll lose all the printing if you try to clean them even a little bit.  I've learned the hard way that sometimes it's best to let sleeping dogs lie. 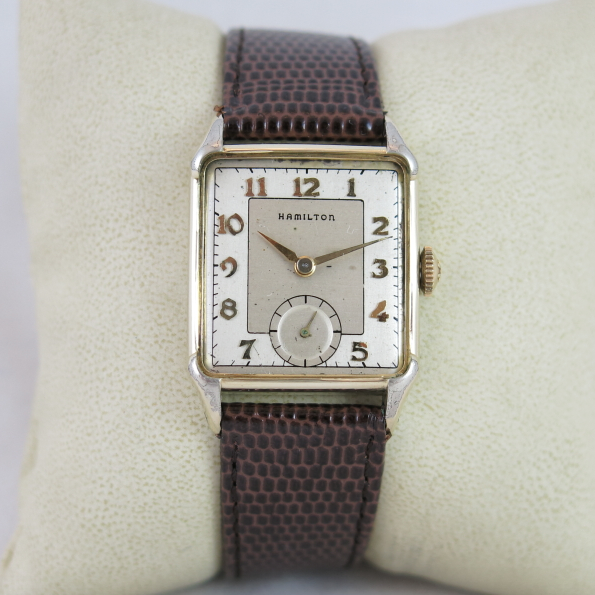 You can see in the photo above that this Dwight's case is seriously worn through on the corners of the bezel - that's fairly typical for the model.  But it's not bad enough to be scrapped - I usually draw the line at holes that go through the case and compromise the protection of the movement.   With a little polish, this watch will still look nice on the wrist.

UPDATE - as fate would have it, I scored another Dwight with a crappy dial but a nice case... so I just made the swap and now I've got a spare 980 movement to boot.

I looks much better without the gold loss and there's something to be said for a fresh crystal as well. 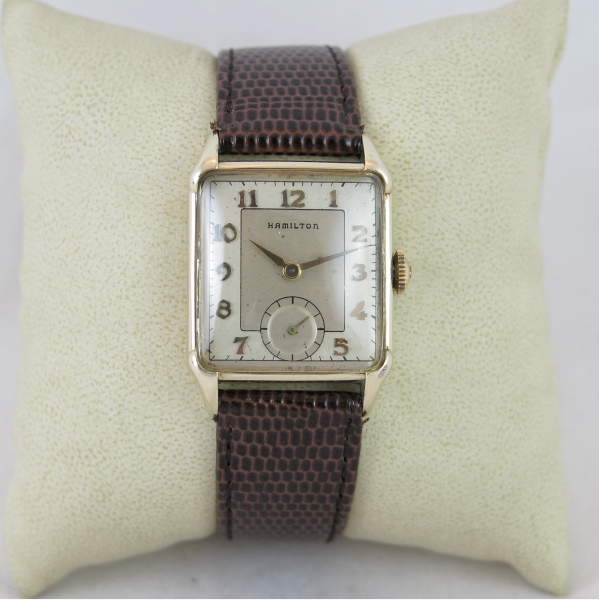