Automatics were introduced into Hamilton's line-up in 1954 and they really took off from there.  New models were added every year and although some models stuck around for a few years, many were just produced for a couple. 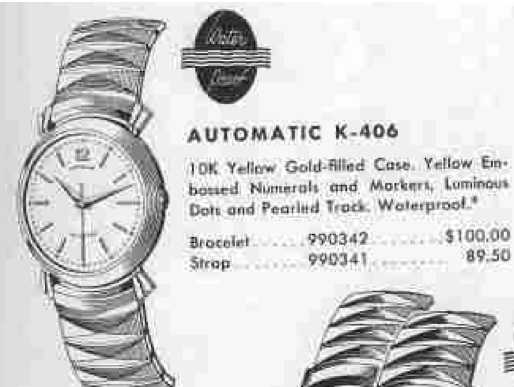 The K-406 came in a 10K yellow gold filled case with a white-finished dial with embossed numerals and markers.  The dauphine-style hands are luminous and the dial has corresponding dots at the hour markers.

I've only come across one K-406 in my travels.  I don't know if that would make it rare or uncommon but it does make me wonder a little.  The lugs on the case are somewhat delicate and the example pictured below has an old repair to the lug on the top right. 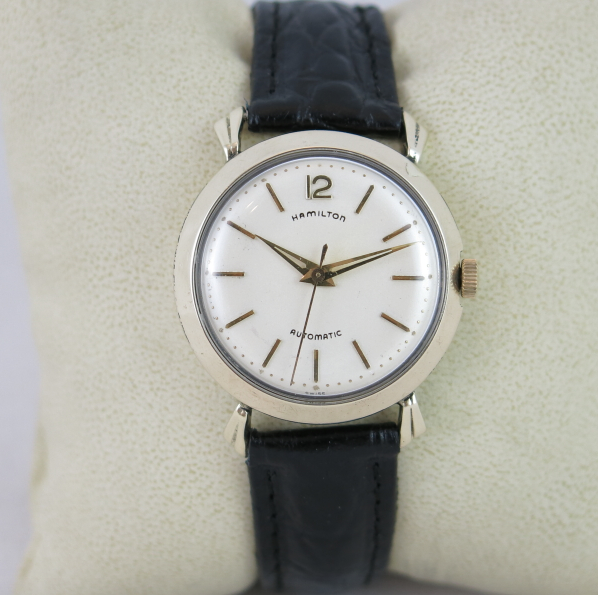 The gold filled back screws on in a fashion reminiscent of Hamilton's military watches from WWII and Korea.  No special wrench is required, just your standard-issue adjustable wrench is needed to peek under the hood. 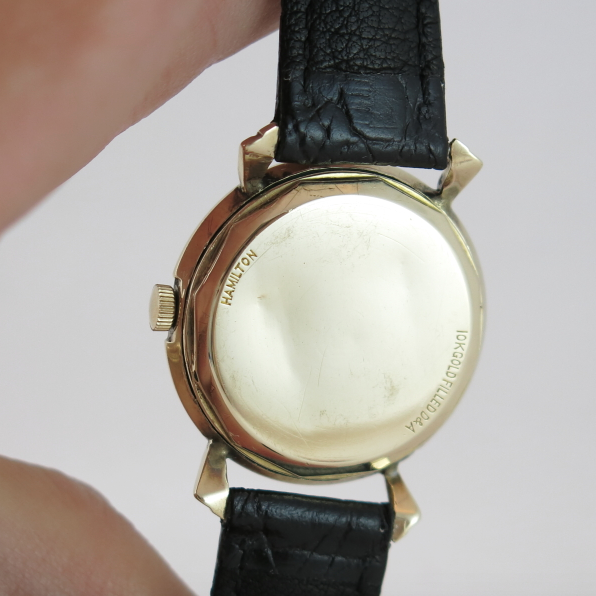 Inside you'll find Hamilton's 17 jewel 661 movement.  This was one of the more frequently used Swiss-made movements in Hamilton's automatic model line during the mid-1950's.  It's a KF (Kurth Freres / Certina) movement.  It's a pretty thick movement and would be replaced in a couple of years to allow for much thinner automatic models. 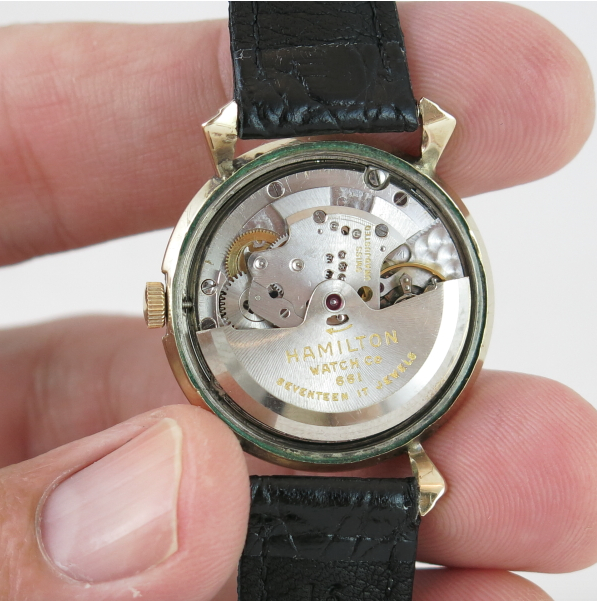 If you're wondering what the little "switch" is near the center of the rotor with the arrow just below it, it's a toggle that allows you to remove the rotor from the carrier below it.  There are a number of gears under the carrier that are turned when the rotor moves.  The gears engage the golden wheel in the upper left of the photo - which, in turn, wind the watch.  Or you can just wind it by hand too.
Posted by HandyDan at 5:34 AM