Sometimes identifying Hamilton models can be tricky.  Normally when you go by the case material, case shape, and the dial design you can narrow the list of options pretty quickly.  Knowing the movement inside will point you in the right direction too.  But I like to use a list compiled by my fellow collectors on line... The Hamilton Resource Center


Even with all that info it's still easy to make a mistake.  Take, for example, the 1936 Dorsey.  Up until I started to do this post I thought I had my hands on a 1937 Cameron.  The name Cameron is shared by someone very special to me and it's a watch I've been looking to get for quite a while.   But no... it turns out it's a Dorsey.  Oh well, the hunt continues. 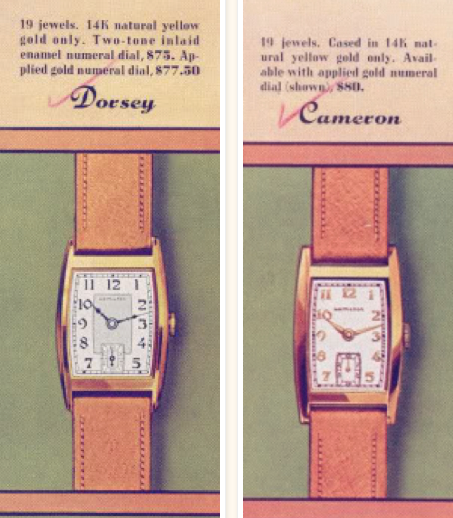 The Dorsey was introduced in 1936 and made for three years.  It comes in a solid 14K yellow gold case with a choice of an applied gold numeral dial or a two-tone black enamel dial as shown in the catalog ad.

Under the dial you should find a 19 jewel 982 movement.  The Dorsey should also have solid diamond-style hands.

As I stated above, I recently purchased a Dorsey thinking it was a Cameron.  I started to think I might have made a mistake when I began to clean the watch.  I have a new crystal awaiting the arrival of a Cameron but the crystal I have is too narrow for the case.   There's actually another solid gold Cameron from the 1950's.  It's very similar so I thought maybe I just had the wrong crystal.

If you look closely at the advertisements you can see the Dorsey has a slight curve to the sides of the bezel opening while the Cameron is straight.  That was my first major clue.  Otherwise they are really quite similar.

Anyway, here's a shot of my project watch as it arrived, without the old strap that was on it.  It was in nice shape and just needed a trip to the basement spa. 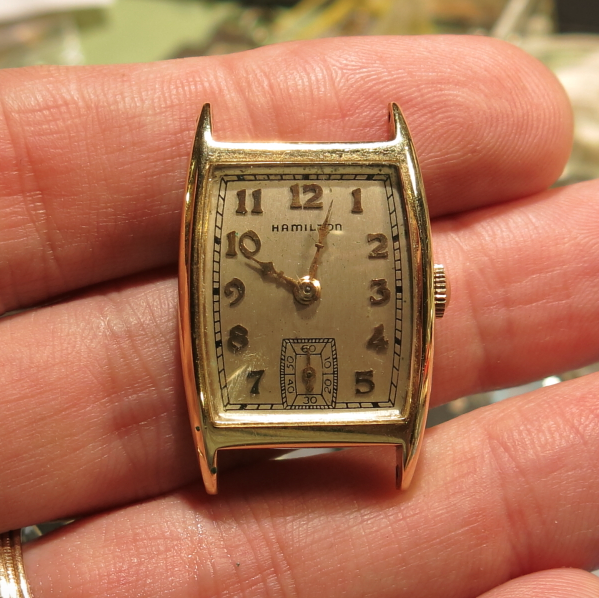 The dial is pretty good but based on the flat-finish I suspect that it's an old refinish.  It doesn't look bad at all - it just doesn't look 70+ years old. 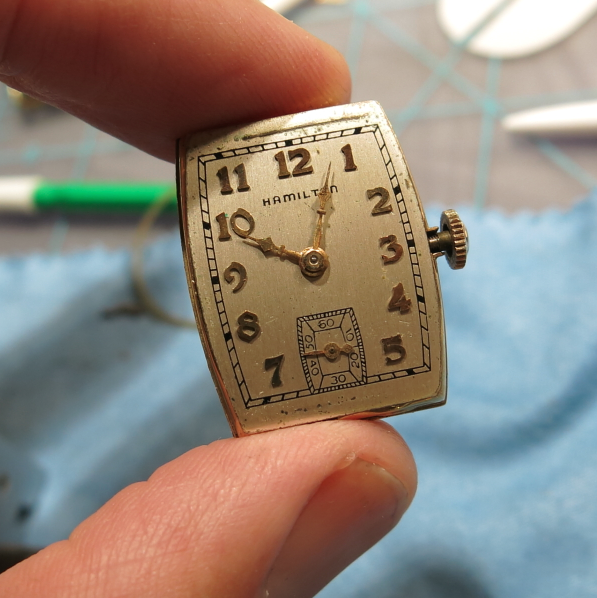 The 982 movement is running - as you can tell by the blurred balance wheel.  The serial number dates this watch to 1938 - the final year of the Dorsey. 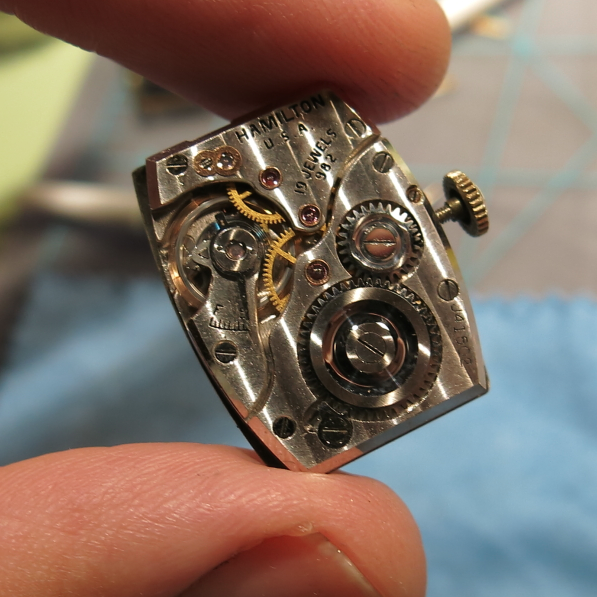 Sure enough, close inspection of the back of the dial reveals some scratched in numbers - a sure sign the dial was refinished at some point.  As long as the pattern used is correct, getting a dial redone is not a big deal.  A nice looking redial is better than a crappy-looking original in most cases (unless the dial is super-rare). 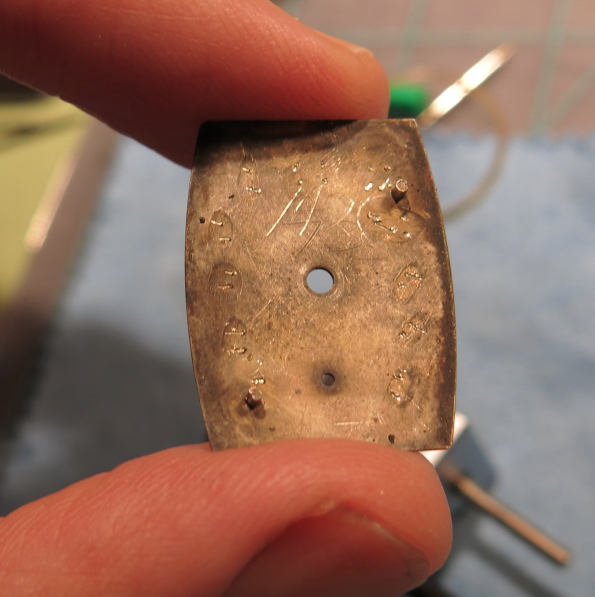 After a thorough cleaning the watch is reassembled and put on a fresh strap.  This Dorsey is now ready for some wrist time.  I'll probably sell it though - so I can free up the funds to find my long awaited Cameron. 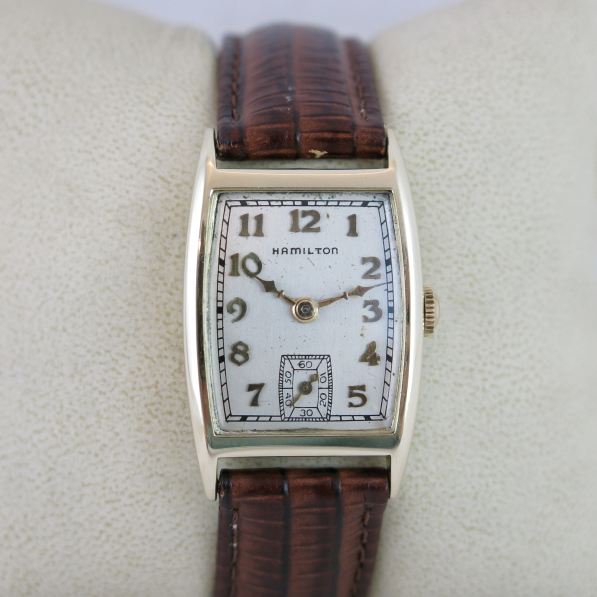