In the early 1950's Hamilton re-introduced the Illinois brand that they owned from purchasing the Illinois Watch Company in the 1920's.  The new Hamilton Illinois branded watches featured Swiss-made movements of various ilk.  The reintroduction only lasted a few years - at which point Hamilton just used Swiss-movements simply branded as Hamilton.  However, they still had a lot of leftover Illinois-branded movements and they used them in a variety of models with "-B" designations.

One example is the Paxton.  In 1956 it was the Paxton B.   I posted on the B model in March... You can see it here. The non-B Paxton was introduced the following year and made for two years. 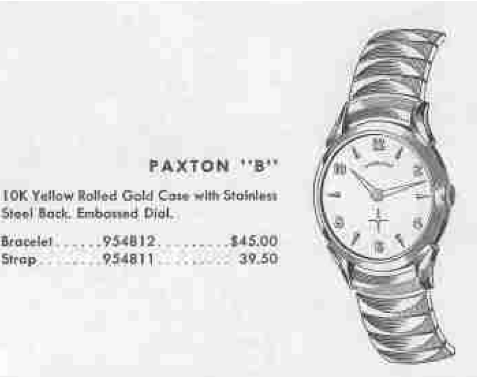 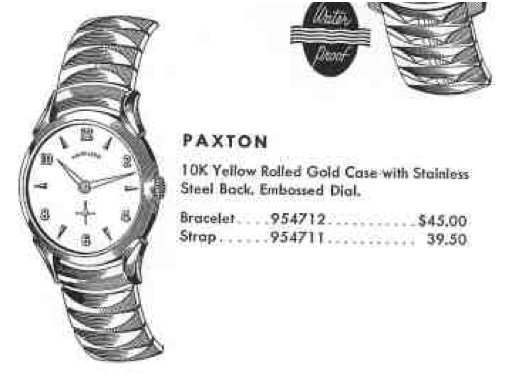 Now, not all "-B" designated watches involve Illinois watches.  The designation was used whenever there was a formal movement change when the model continued to be produced.  But in the 1956 /57 timeframe my personal observation thus far is that most of the B models had Illinois branded movements and the non-B models had Hamilton branded movements - and the movement makers might be different.  For example the Illinois model might be an ETA movement while the Hamilton-branded movement an A Schild.

Anyway - the two models are identical from the outside and come in a 10K rolled gold plated case with a stainless steel back.

I just picked up a Paxton project watch.  As received it was very dirty and the crystal needed to be buffed - which I did prior to taking the shot below. 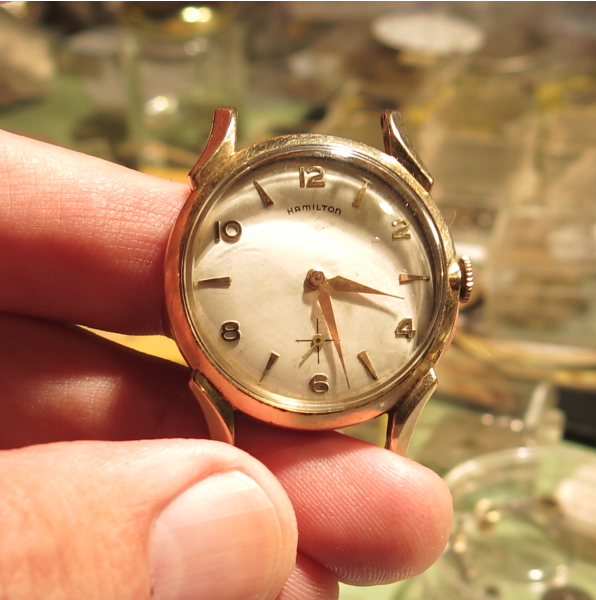 Inside you will find an A Schild 1200 movement, known in Hamilton parlance as a 17 jewel 673 movement.  This one was very dirty but would run - which was a good sign that all it needed was a cleaning.  You can say what you want about the Swiss movements Hamilton used... they're not the same quality as the US-made movements - but they are still very robust movements in my opinion.  And they are very easy to work on (excluding the Buren micro-rotors - I'm not a fan of those). 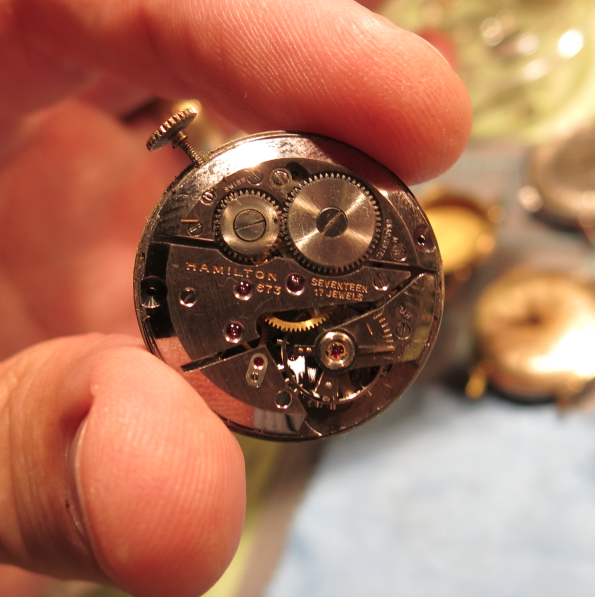 This watch had a broken "set lever spring", also know as a "set bridge".  It serves as a detent and holds the stem out or in when setting the time or winding.  As you can see, the one on the right is the broken one - I happened to have a spare. 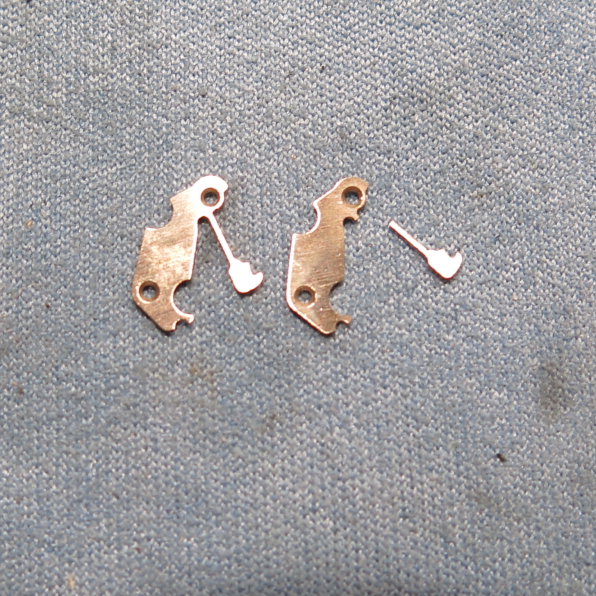 And here's the finished product, all cleaned up and on a nice croc-grain leather strap.  The white finished dial has an interesting patina forming around the circumference and the numbers.  I might have been able to clean it off but I kind of liked it's authenticity and didn't want to risk losing the crisp printing in the process.  A dial is only original once, you know. 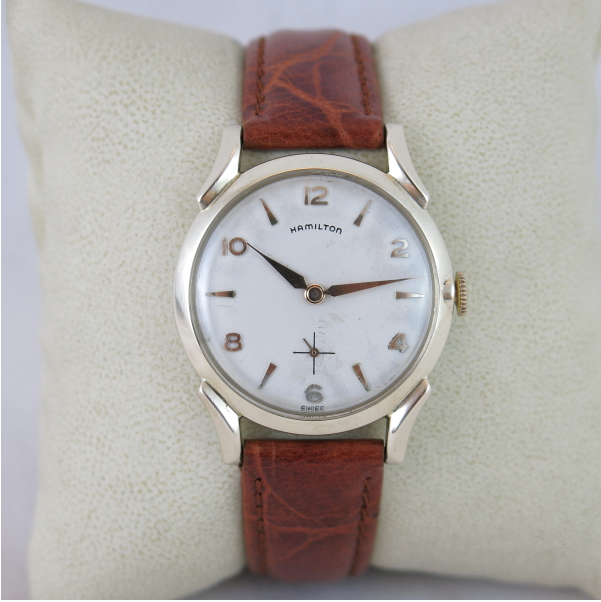