Hamilton's foray into waterproof designs was initially more along the lines of "environmentally protected".  That's why they introduced the CLD line.  All of the CLD watches were "sealed against moisture and dirt" but they weren't technically waterproof, per se.

The first CLD watches were introduced in 1948 and additional models joined the line up in 1950.  Among the newcomers was the 1950 Vardon.  The Vardon was produced through 1953. 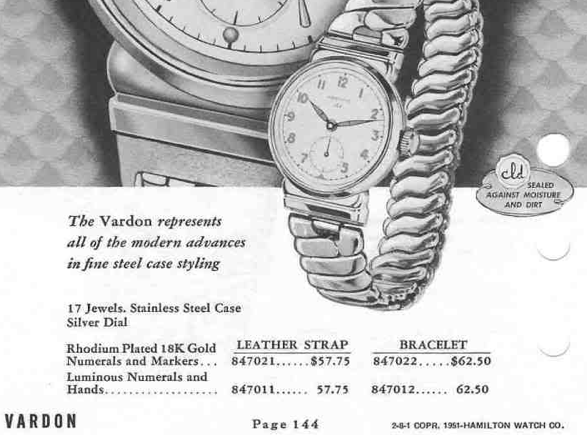 The Vardon came in a stainless steel case with hidden lugs.  There's a gasket between he bezel and the case back and also a gasket in the crown - thus providing the "seal" that other dress watches lacked.

It featured a choice of an applied gold marker / numeral dial or a luminous dial.  The AGN dial's figures were rhodium plated to be silver colored and match the stainless steel.  Like gold, rhodium is a precious metal but it's even more expensive.

The Vardon came with either a leather strap or a stainless steel bracelet - the latter being a new option for Hamilton watches.  Many models thereafter would be paired with unique bracelets specially selected to complement each watch's design.

I recently received a Vardon that needed some TLC.  Although it ran, it could be wound continuously and never reached a "fully wound" point.  Manual winding watches have a mainspring that is connected on both ends of the coil - so once it's fully wound it gets tight and stops winding.  When you see a watch for sale that says it's "Over wound" what that really means is "it's fully wound and doesn't run".

Anyway, other than having a mainspring issue, it was in very nice looking, original shape.  The dial has a couple of minor burns from the radium on the hands - but otherwise this watch is close to "new". 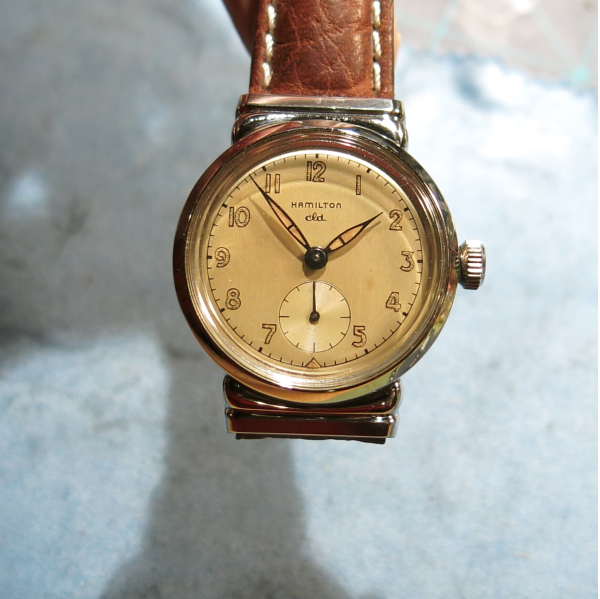 With the bezel removed, you can see that the movement comes out the front.  The stem is a two-piece design with the female portion retained in the crown.  To get the movement out you need to rotate the stem so you can see the male / female joint.  Then it will lift right out. 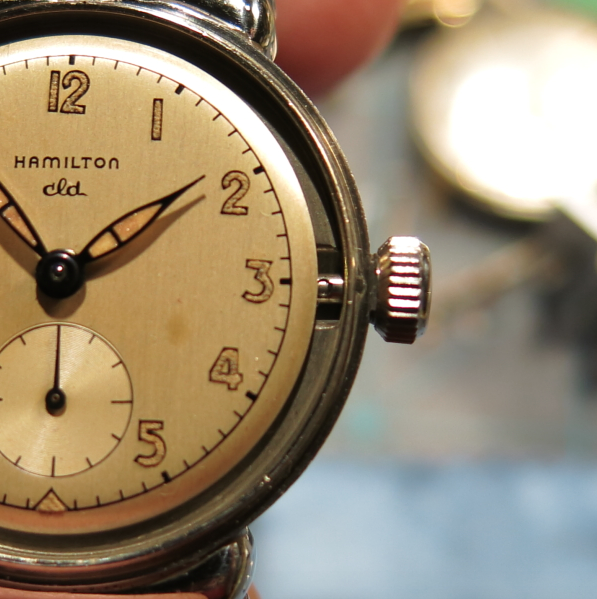 The 747 is a great movement to work on and about as simple as they come.  It's the movement that I would recommend a new hobbyist try to tackle first.  The bridges only have two axles to line up and the axles are short so they're easy to get into place. 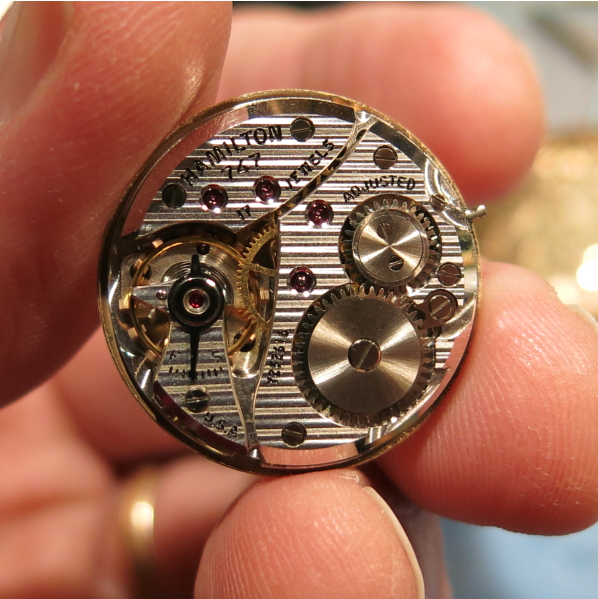 I happened to have a crystal and gasket set for the Vardon. 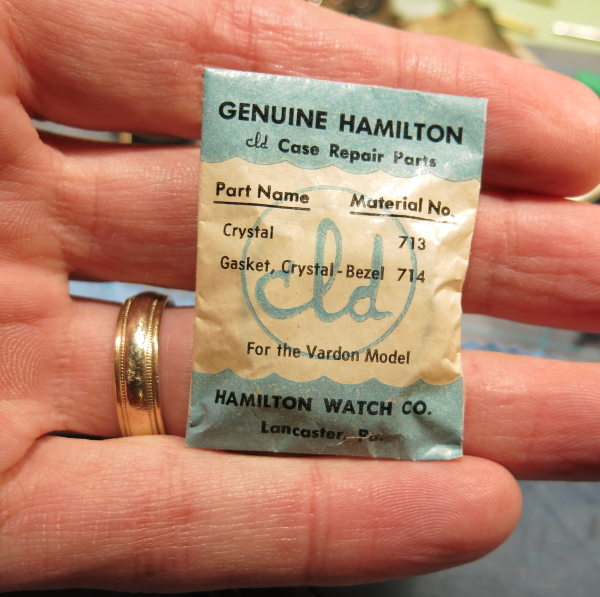 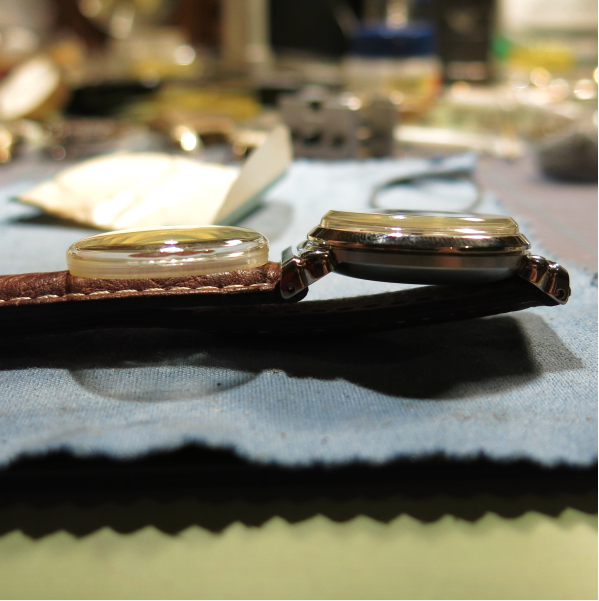 Once the movement is taken apart, the mainspring barrel can be opened up to access the mainspring.  As you can see below, it's broken a little more than half way through the coil.  The friction between the coils was enough to allow some tension to be applied and run the watch.  However, since it's not held firmly the spring would slip when too much tension was created - thus never getting fully wound. 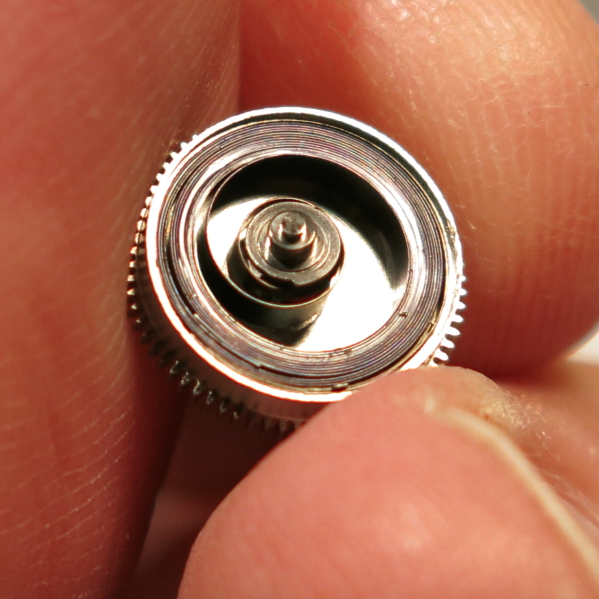 With the arbor and center of the mainspring removed you can clearly see where the break was. 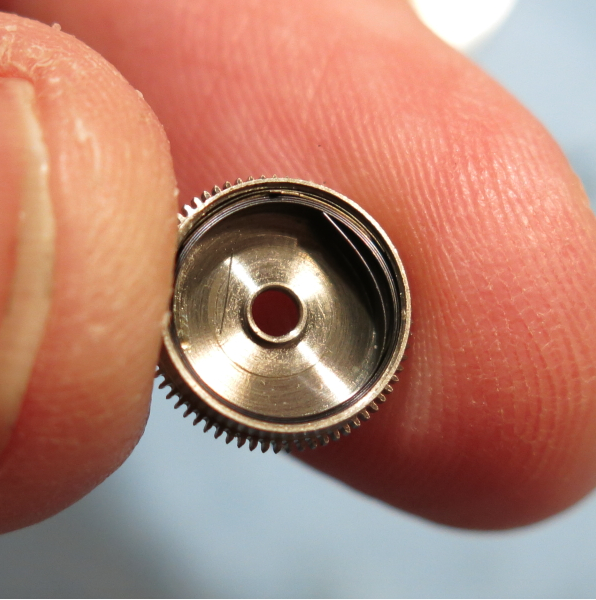 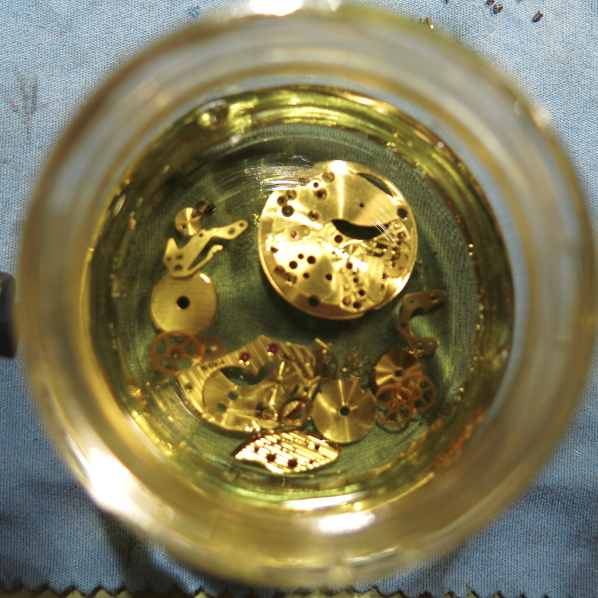 Everything goes back together nicely and the watch goes onto the timer.  You can see the effect of tweaking the regulator starting under the number 252… the rate went a little faster, then it evened out a little toward the right side under the 18000.  The results leave the right side of the screen and then come back on the left side, overwriting the prior results.  So by the time it reached the 252 again it was running about 12 seconds fast per day.  Not bad for a 60+ year old watch. 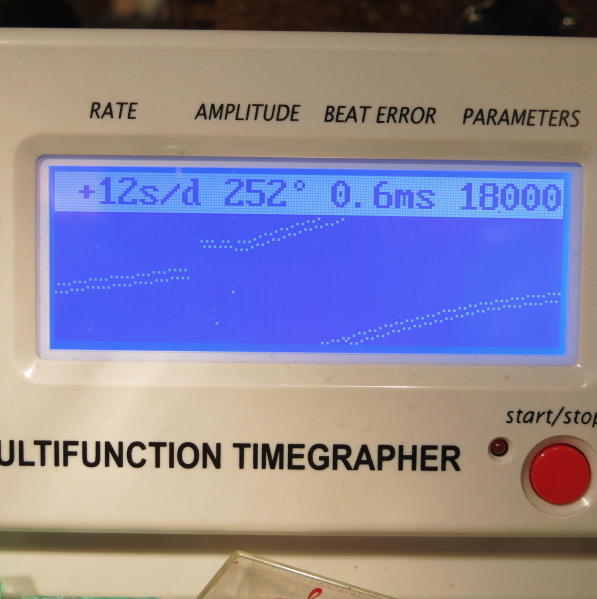 I had one small casualty while reinstalling the dial and hands… a small section of the lume on the hour hand disintegrated when I pushed the hand back on the hour wheel.  Putting new lume on it would look silly so I just applied a little model paint that was a fairly close match.  Someday when the dial and hands get redone they will all match each other again.  Until then, this will have to do. 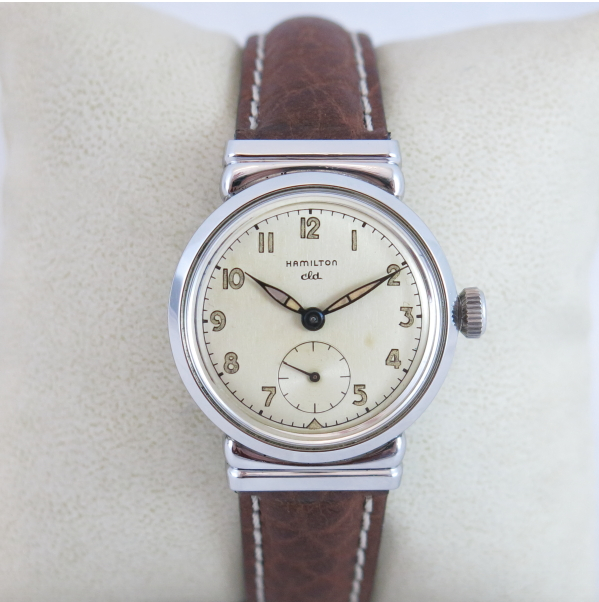 This style of hands is called "hollow leaf" and when set to the traditional Hamilton time of 10:12 they remind me of the Cheshire Cat peering back at you like in Alice in Wonderland. 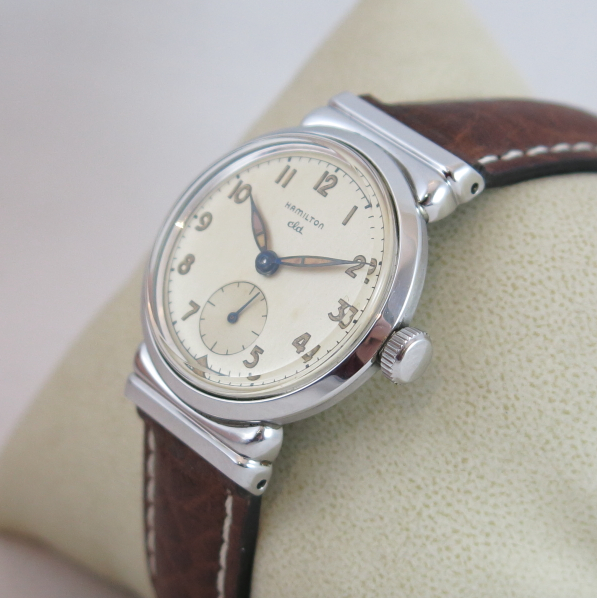 Other than the unfortunate hour hand issue, this Vardon turned out great, I think.  It's definitely a fine example of the model - that's for sure.
Posted by HandyDan at 12:43 PM