Watches from the 1950's have a look all their own.  1930's watches often show Art Deco influence with luminous and enamel dials.  They are usually large or very narrow and long.  Watches from the 1940's are generally smaller, simpler designs reminiscent of the post war recovery.  But the 1950s was a time when Hamilton really started to spread out a little and they introduced a number of bold, futuristic designs.

Take for example the 1955 Dorsey.  Looking at the angled case, it almost has a "stealth" presence, foretelling the future of military aircraft that would be produced 50 years later!

The Dorsey shares a name with another solid gold Hamilton model, the 1936 Dorsey.  Other than both being solid 14K gold, the two are otherwise unrelated.

This model was produced for only two years and you can tell a 1955 Dorsey from a 1956 version by the diamond "masterpiece" marker under the Hamilton name on the 1956 Dorsey's dial. 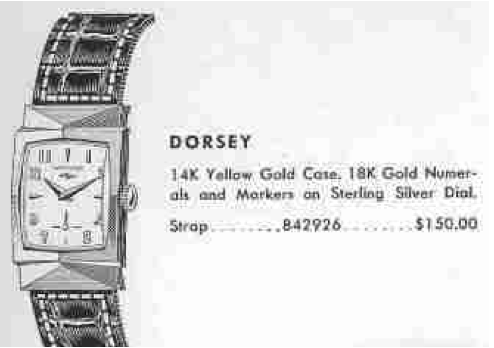 The Dorsey features a solid 14K yellow gold case with a sterling silver dial with 18K gold markers.  The hands are dauphine style and non luminous.  Behind the dial you'll likely find Hamilton's newly introduced 22 jewel 770 movement or possibly a 19 jewel 754 if there were any remaining in inventory.

I recently received a 1955 Dorsey in need of some serious love.  It was very rough and one could almost make an argument to scrap it - but that would be a sin, in my opinion.  This Dorsey can be saved! 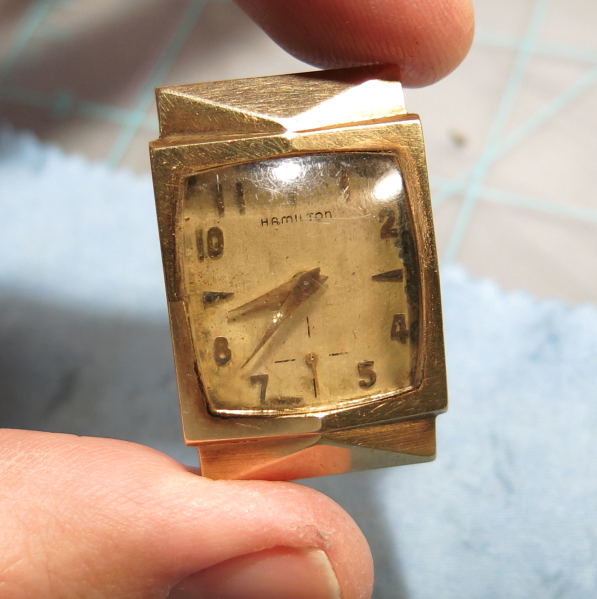 One of the obvious things that is going to be needed is a stem and crown - as there is nothing but a hole to show for the original stem and crown. 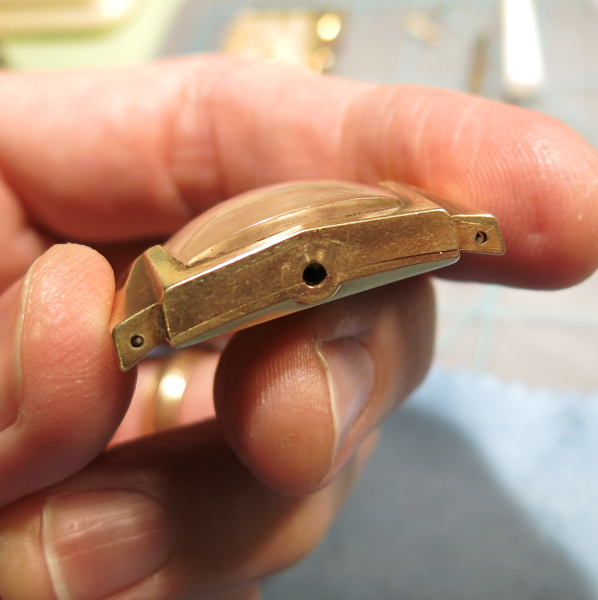 Yikes - this dial is about as rough as they come.  I've seen worse but I'm not optimistic that cleaning alone will be enough.  This might have to be professionally refinished. 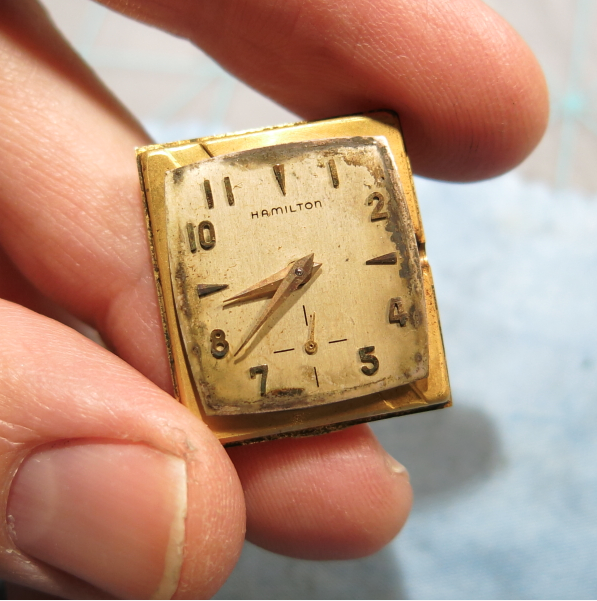 The 770 movement runs - that's a good sign.  Of course, on my timer it has a beat rate of 21,600 beats per hour… that's 6 beats per second.  Sounds great but this watch should only beat 5 times per second so that's running mighty fast. 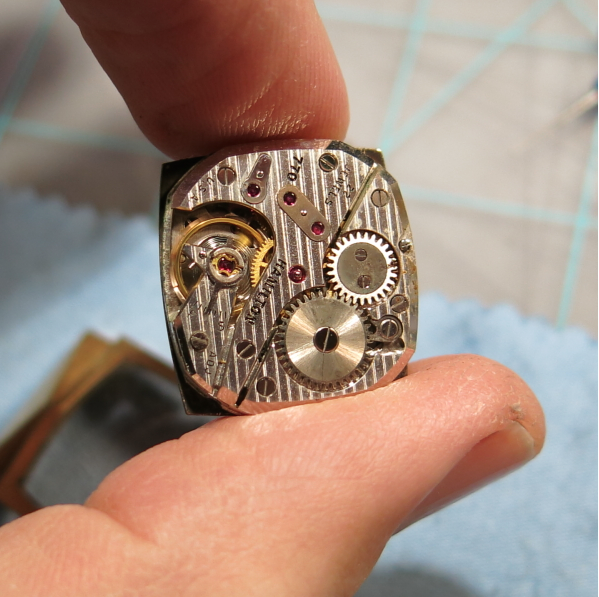 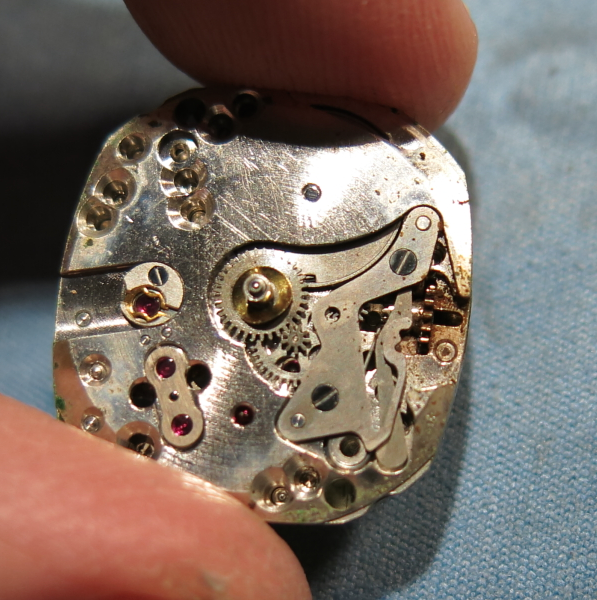 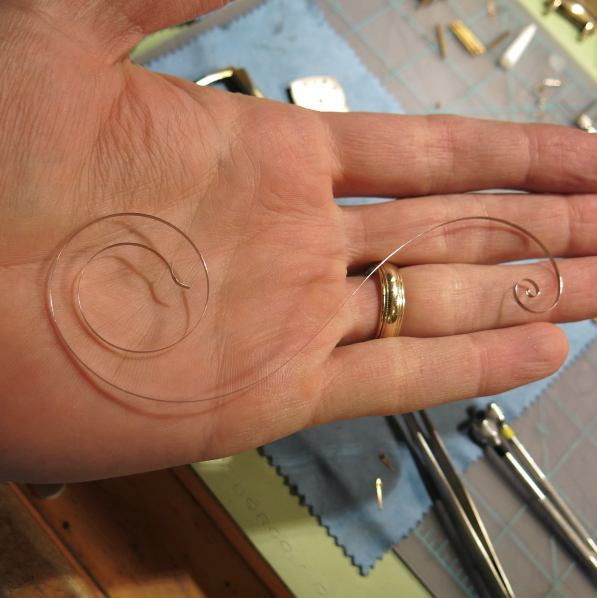 To my delight, everything cleaned up nicely.  Even the dial looks better. 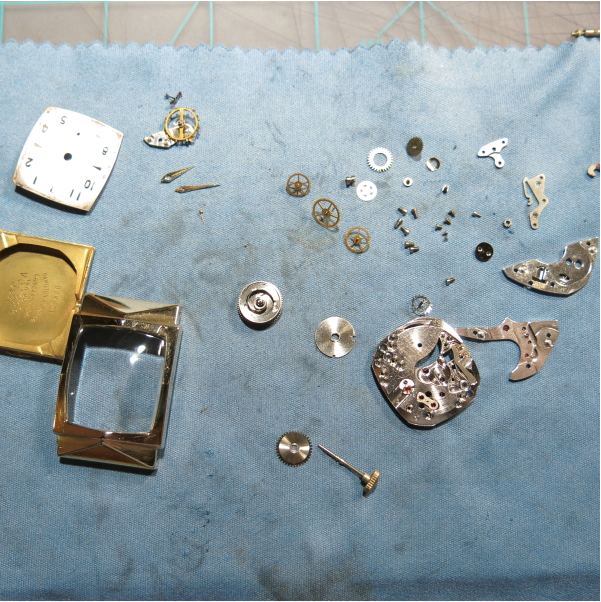 The movement is running well and back to 18000 beats per hour.  The beat error is a little high but not high enough that I'm willing to fuss with the collet on the hairspring.  A purist probably would, but I've learned from experience not to press my luck. 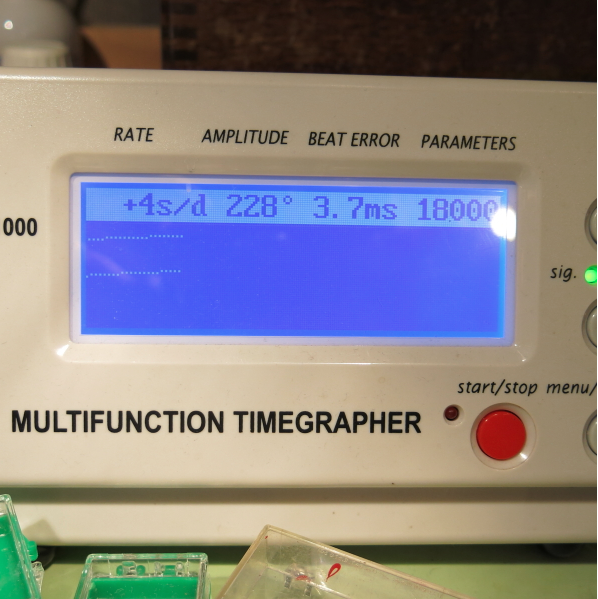 And here it is all cleaned up.  The dial still shows damage along the perimeter where the gunk ate through the finish and tarnished the silver.  I'm really surprised I didn't lose the Hamilton logo and crosshairs in the cleaning process.  Original dials are more robust to cleaning than refinished dials so this original dial held up well.  A new crown and a genuine lizard strap complete the restoration. 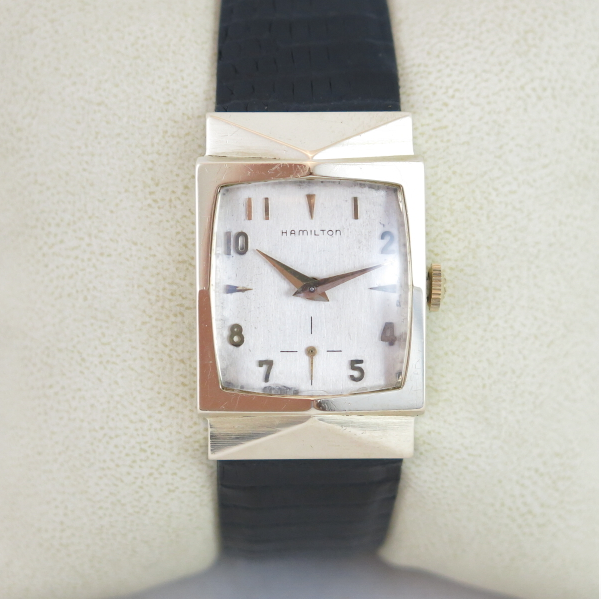 I think the watch will look much better with a fresh redial so we'll go the distance on this Dorsey restoration and get the dial redone by International Dial.  I'm sure Rob and the gang at ID will do a bang-up job on this dial and then it will be good to go for another 50 years.

I got the dial back from being refinished.  I think it looks much better.  They didn't have the exact pattern for the seconds crosshair but other than that it's a good looking redial.  I also put a new glass crystal on the watch - so the gold fish bowl effect of the thick acrylic crystal is gone. 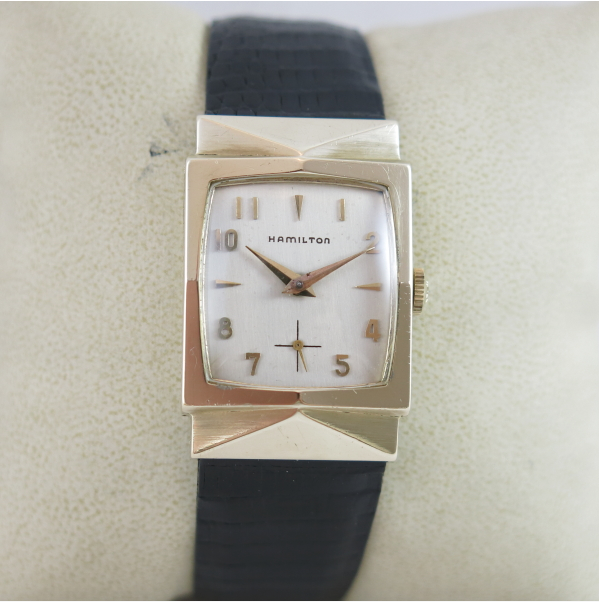