In fact, the first one I've seen in person is the 1954 Standwick.  It was made for three years.  There were a couple of other similar models in this time frame - but not more than a small handful. 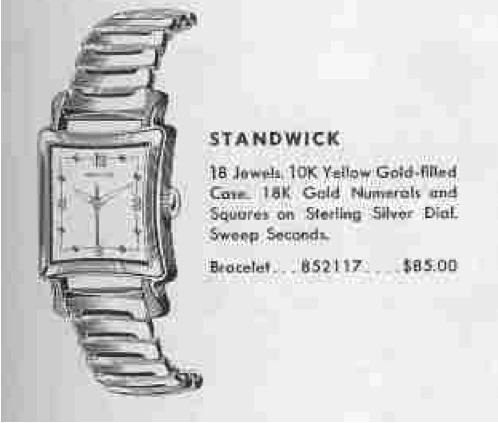 The Standwick comes in a 10K yellow gold filled case with a two-tone sterling silver dial with solid 18K numerals and square markers.  The case curves inward on all four sides like it's been shrunk in the middle.  It was only available with a bracelet.

I recently purchased a Standwick project watch and and boy was it dirty.  It had a layer of grime on every exterior surface. 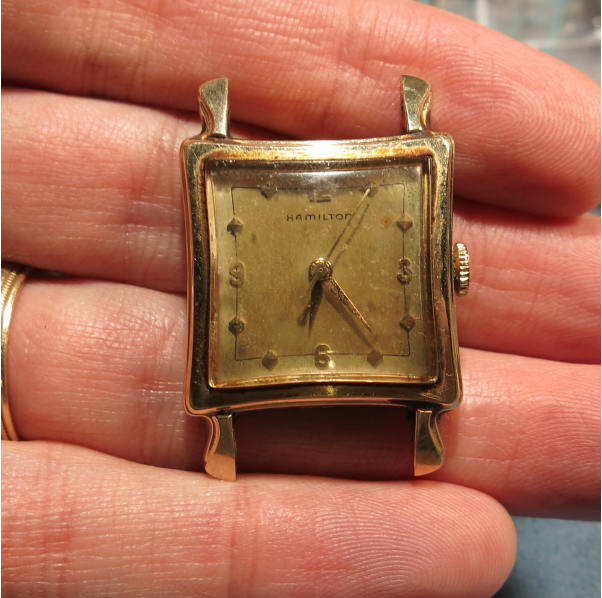 The dial was extremely dirty.  It was so dirty that I thought about leaving it as is because cleaning it might require me to get it refinished… you never can tell how a watch dial will clean up.  I think the grime on this one might be nicotine-related - but that's just a guess. 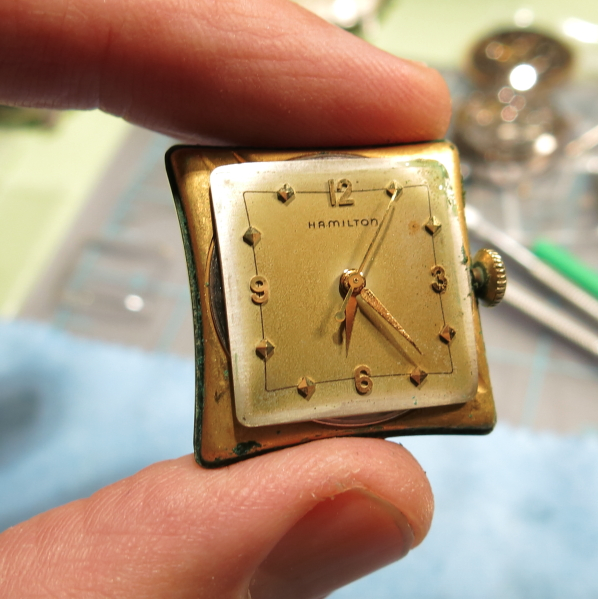 The 748 is built on the same platform as the 747 with the sub second.  They share a lot of the same parts.  Once you master taking apart a 747 and think you know what you're doing, you might be tempted to take the 748 apart.

Don't be surprised if it kicks your butt.  My heart still shudders a little when I take a screwdriver to the two screws that hold the four-wheel train bridge on.  These four wheels have very long arbors (shafts) and they can be a real bugger to get lined up again if you're new to the craft.  I'm talking beads of sweat on the forehead, cursing like a sailor, "I swear I'll never take apart another watch"- sort of pain to get back together.  Breaking one of the pivots is the most likely result for the first couple attempts at doing a 748. 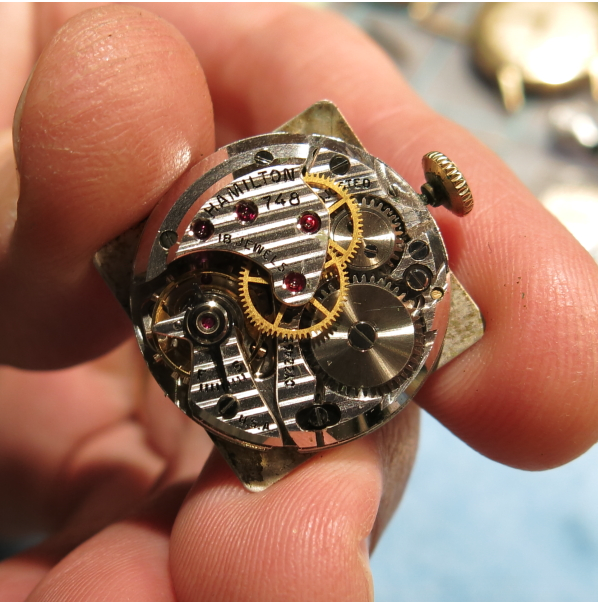 While everything was ultrasonically bathing in cleaner and rinse, I turned my attention to the crystal.  My new glass crystal is curved inward on all four sides, just like the case.  I crossed my fingers that it would go right into place, but as luck would have it, I had to shape it a little with 600 grit wet sand paper.  It took a while but I got it eventually. 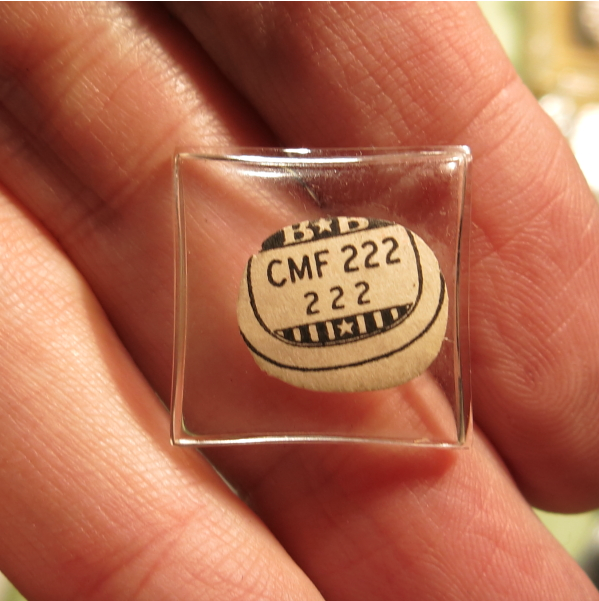 Everything is cleaned, oiled, and reassembled.  Next, the finished movement goes onto the timer.  A little tweaking to the regulator brings it in line nicely.  It looks like the two lines are separated by a lot but the bottom line is actually on the top of the screen so they're much closer than it appears.  The beat error isn't as low as it could be but it's not horrible either. 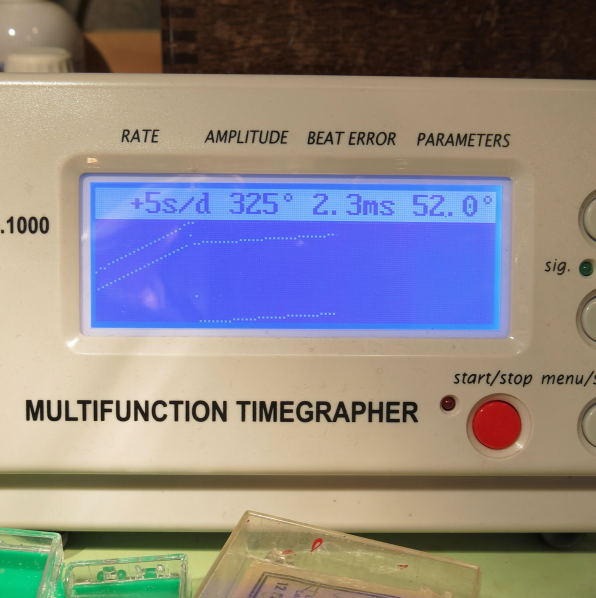 I was able to clean the dial up really well.  I went as far as I could without risking the dial finish and losing the printing.  I think it turned out awesome, if I do say so myself.  With a new crystal and new strap, this Standwick is ready for another 60 years of wrist time 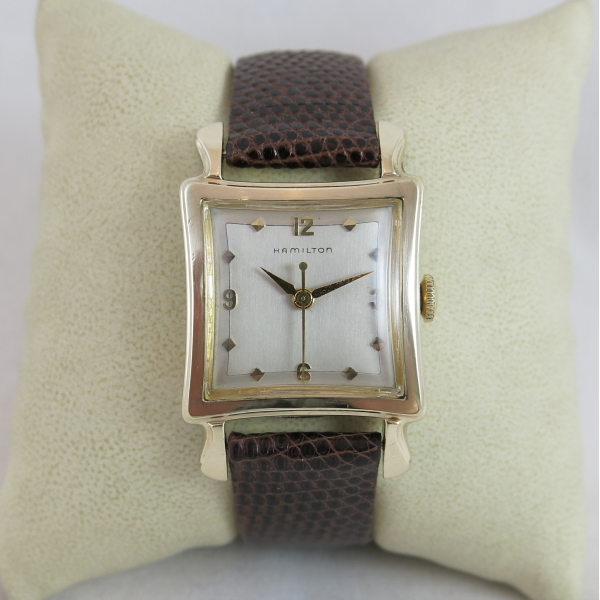 And here's an example of the another Standwick but with it's original JB Champion bracelet. 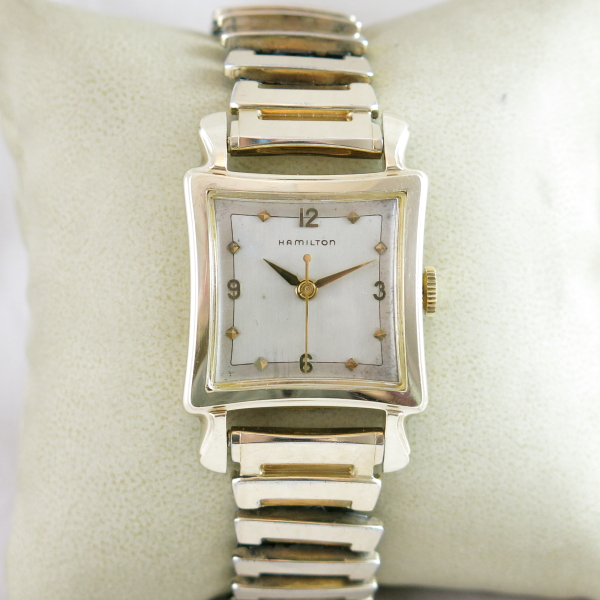