One interesting bit of trivia about Hamiltons are all the watches where two models look very similar but the case materials are different.  For example, earlier in the month I showed off the 14K Gilbert and last month it's 10K cousin, the 1953 Gilmore.  The two models look almost identical except the later model is 10K and not 14K.  Hamilton did something very similar during WWII, when it introduced a 10K gold filled Cushion that looks very similar to the earlier Cushions from the 1920's - except the case isn't 14K gold filled.

Another example is the 1953 Brockton.  Like the Gilmore, it mimics an earlier 14K watch called the Brock.  The names are so similar, you know the model design was purposeful.  The Brockton was produced for two years. 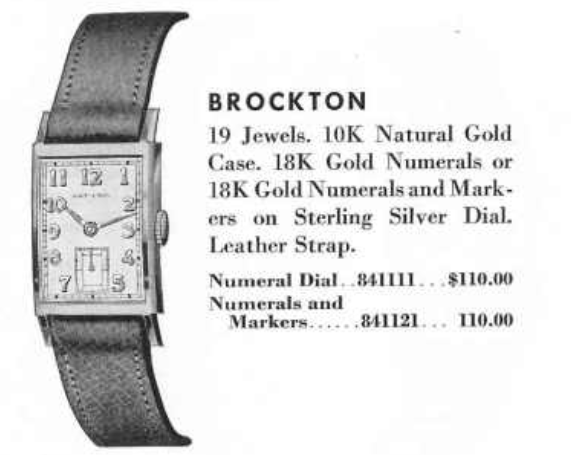 The Brockton came with either an all numeral dial or a dial with markers and numerals too.

I recently purchased a Brockton because I liked the engraving on the back.  As received, it was a little  beat up and dirty but the biggest issue was it wasn't running. 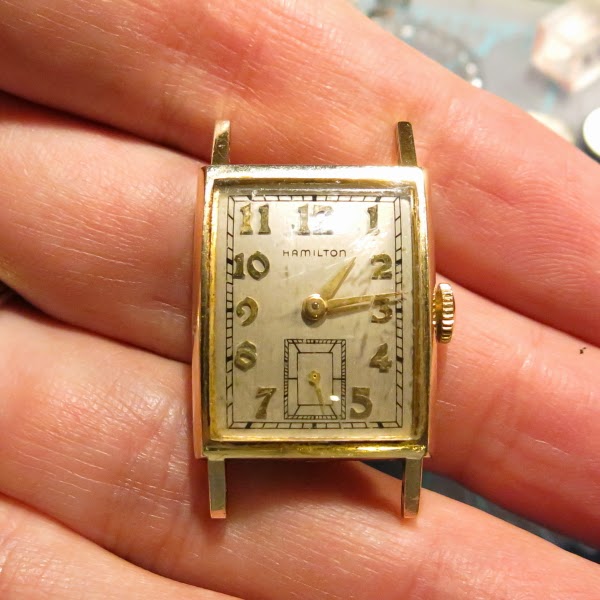 I thought the engraving was very nicely done... I wonder what Abraham Butnik did to be recognized for his leadership? 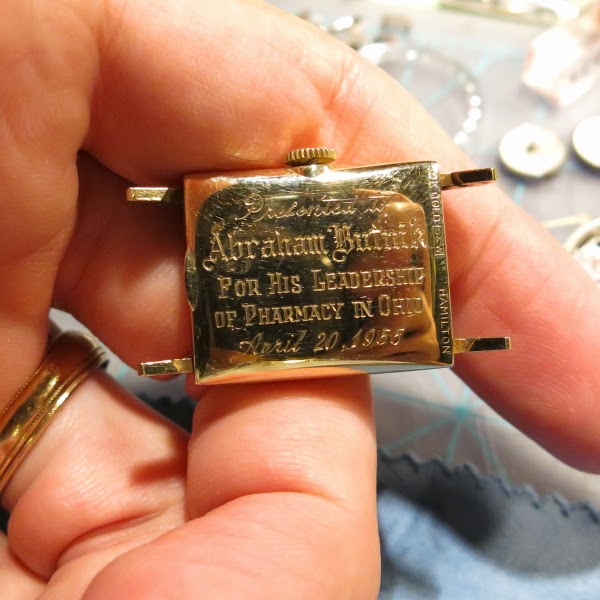 Without the scratched up crystal in the way, I can tell that the dial is original and is in excellent shape. 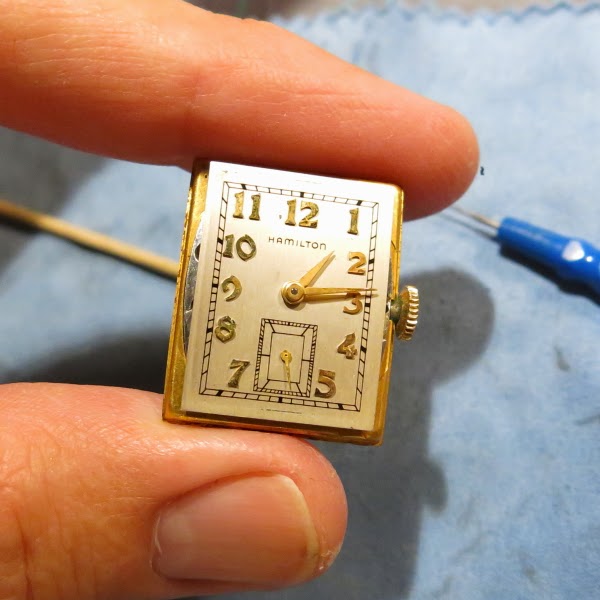 The 754 movement looks a lot like the 770 movement and shares a lot of the same parts.  The balance on this movement is fine so I suspect it's just dirty.  Certainly the haze on the metal would indicate it's been a while since it's been to the spa. 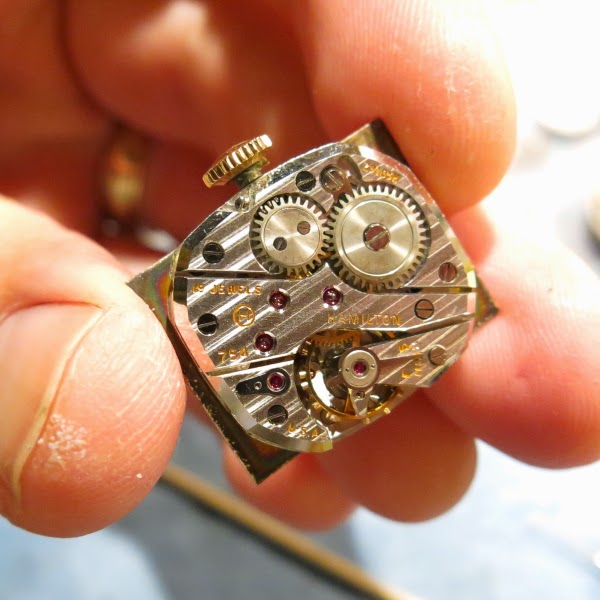 The inside of the case back is stamped with the model name and makes identifying the model very easy. 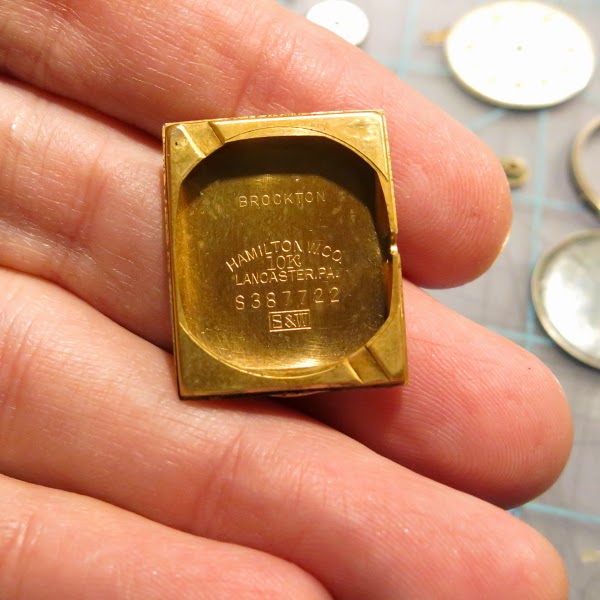 You will often find the 12/0 movements incorporate a spacer plate.  One of the trickiest parts of reassembling the watch is remembering how to line of the spacer plate when you put the dial back on. 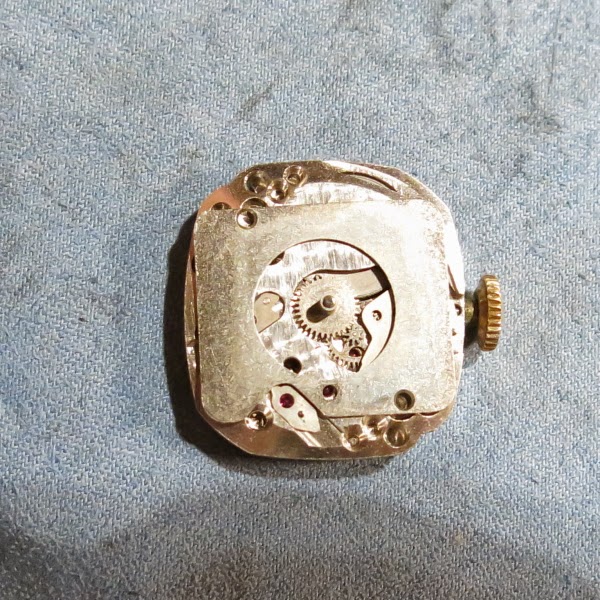 The glass crystal is scratched up and will need to be replaced. 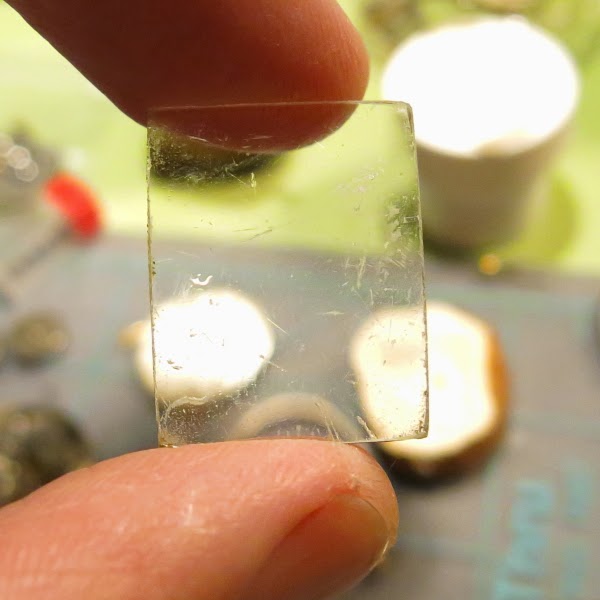 Just a little light sanding on the edges with 600 grit paper will shape the new crystal enough to drop into the bezel without any force being applied.  UV glue will hold it in place. 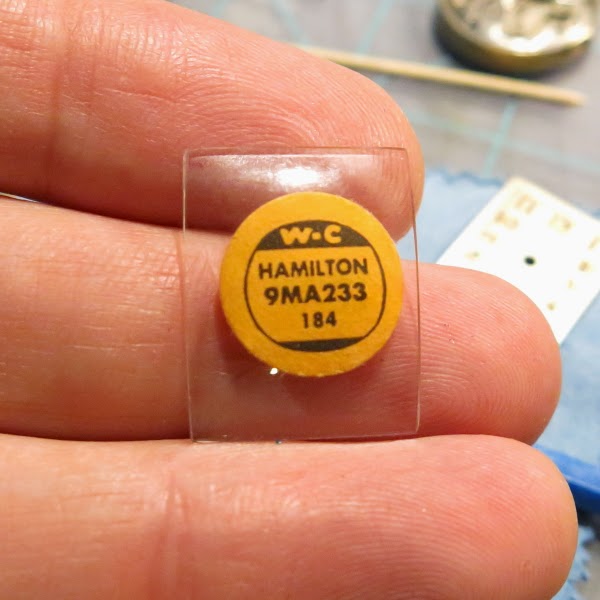 Everything is laid out and ready to be reassembled. 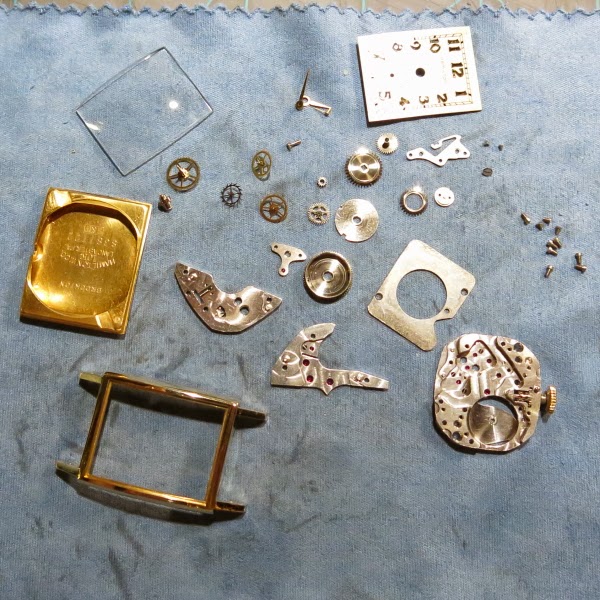 It took just a little tweaking to the regulator to bring the timing the of the watch right in line. 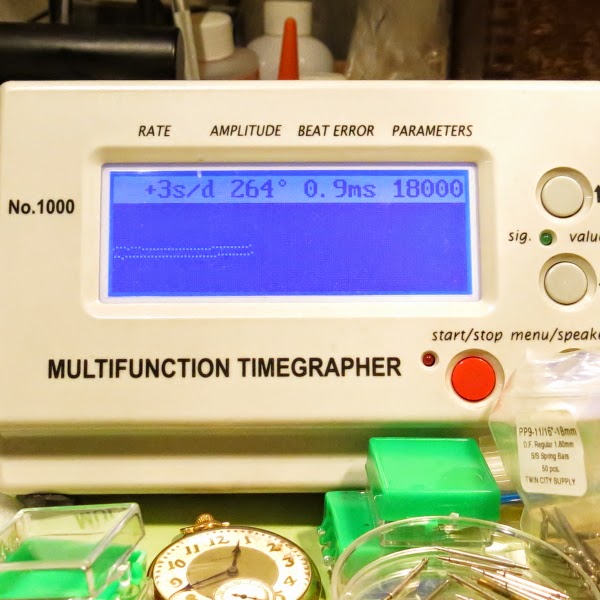 A new strap completes the restoration.  The Brockton isn't a very large watch but it is a smidge bigger than the Brock. 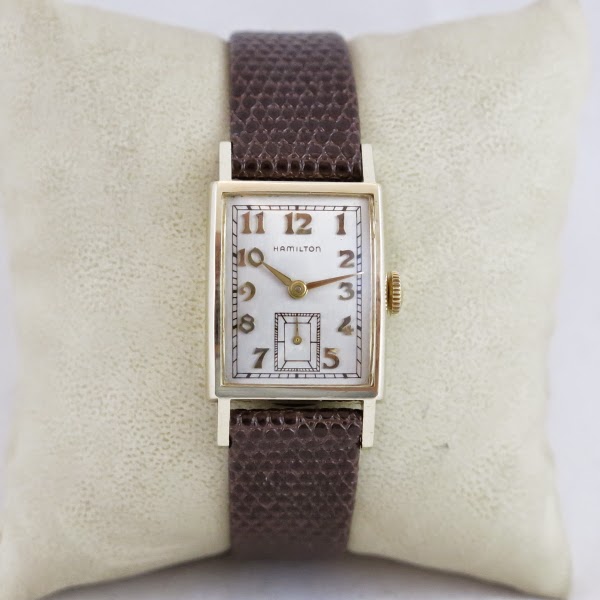 Here's another shot of the case back.  The engraving looks even better with a light polish. 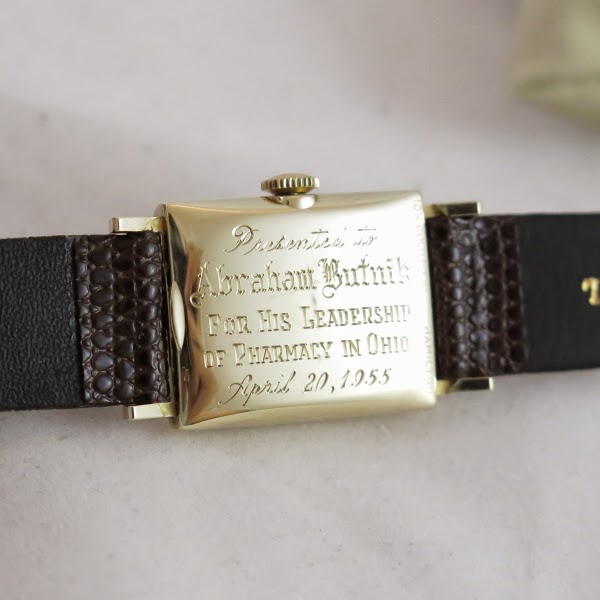