The Nautilus II was officially a 1957 model and produced for two years.  It was preceded though by the Nautilus II B in 1956.  The "B" model used leftover Hamilton Illinois movements from 1954 and 1955.  There are a number of B models in 1956 that did the same. 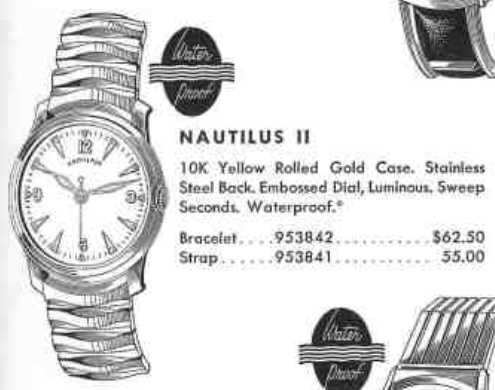 The Nautilus II was part of Hamilton's entry-level line of fine watches that used rolled gold plated cases with stainless backs along with Swiss-made movements.  This line-up of models was meant to compete at a lower price point against similarly equipped brands like Elgin, Benrus and Bulova, among others.

The Nautilus II came with a white dial with embossed gold numerals and markers.  Luminous hands and dots on the dial completed the aesthetic.  The catalog shows the model with lozenge-style hands although they aren't always what you see.  Hamilton sometimes used what was available, and not just what the design called for.

Tucked inside the watch is a Swiss-made Hamilton 671... aka an A Schild 1200.  It's a very common 17 jewel grade found in most sweep second hand manual wind models with Swiss movements from the 1950s.

I recently picked up a Nautilus that was in great shape - other than a scratched up crystal.  Everything appeared to be original. 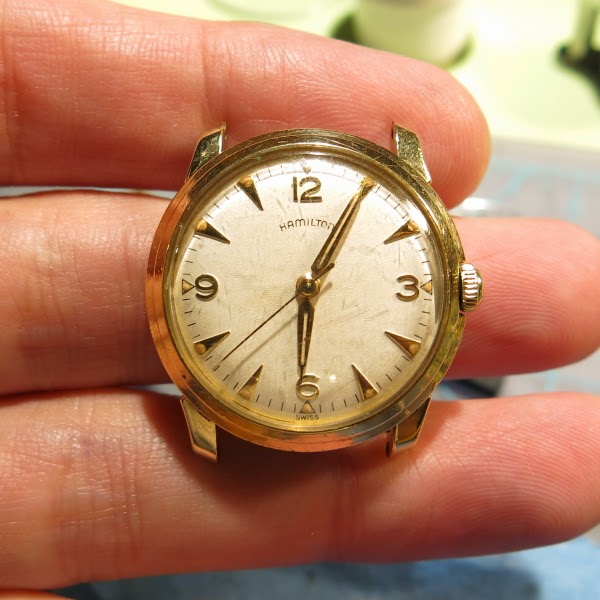 The case back is unengraved and screws off. 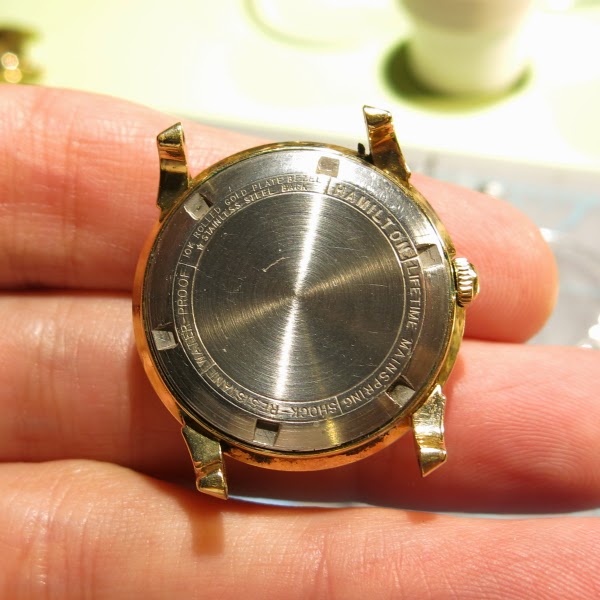 Other than a little verdigris on the yellow gasket, the movement is bright and shiny.  I'll give the movement a thorough cleaning just the same - as I do every new watch I pick up. 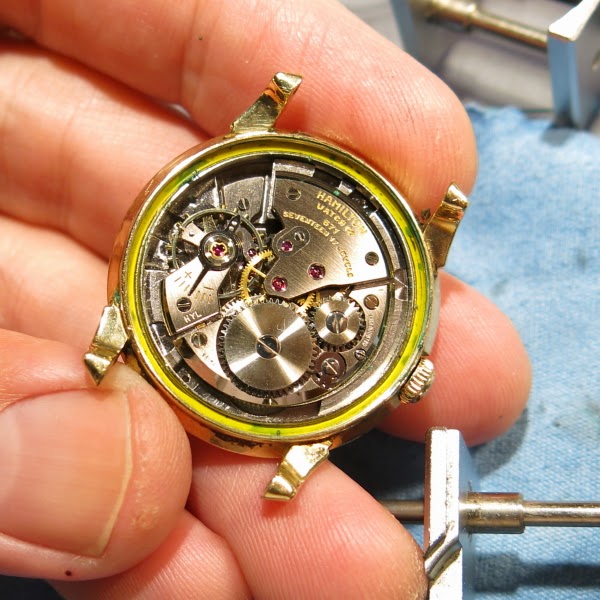 The dial looks very good and appears to be totally original.  There's a very faint radium burn between the 8 and 9, probably from the hour hand not moving for many years. 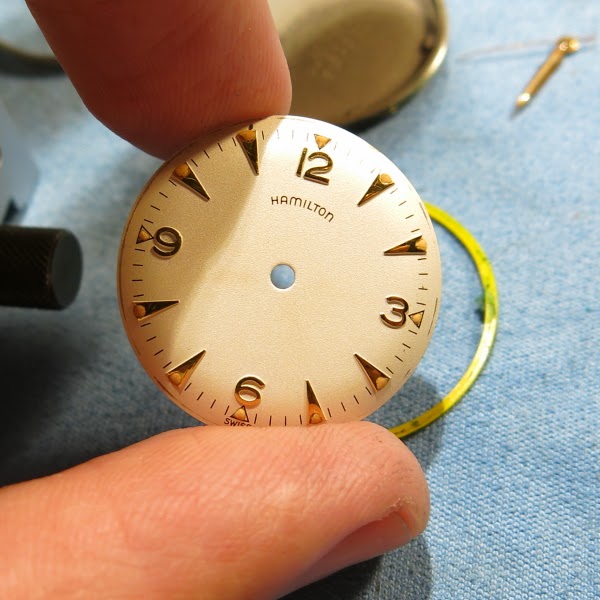 Everything is completely disassembled, cleaned and dried before being reassembled with fresh lubrication.  Four different lubricants are used on these Swiss movements... two different oils for the jewels and a grease for the mainspring and another for the setting parts. 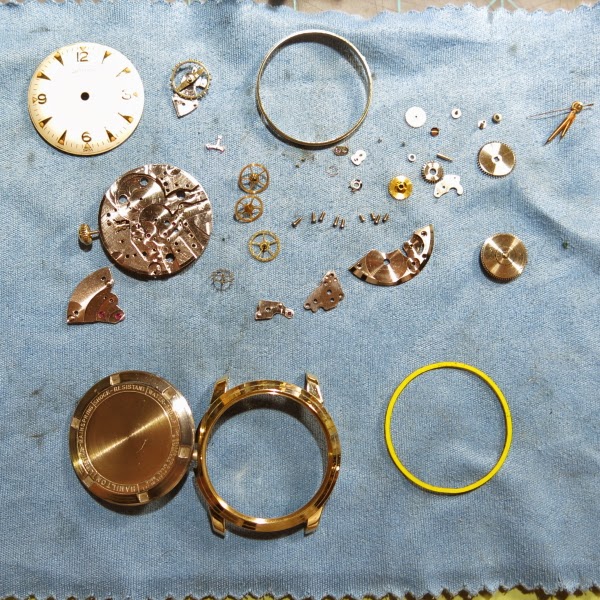 The reassembled movement goes onto the timer.... let's see how it's running. 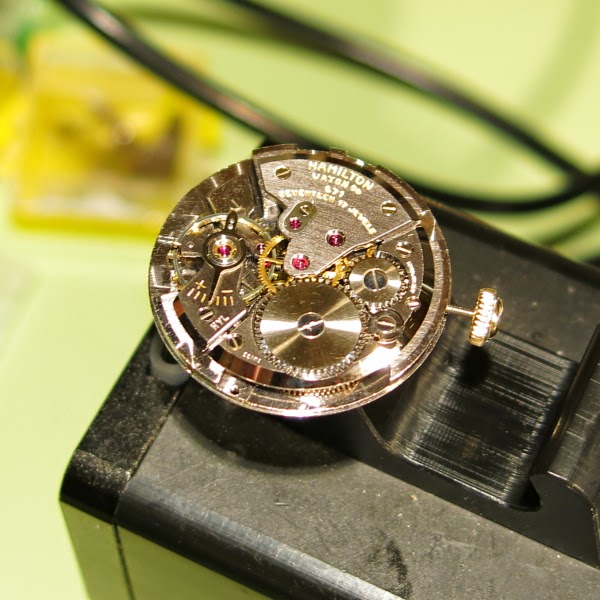 Well, it took a little tweaking but I eventually got the watch to run just as it should. 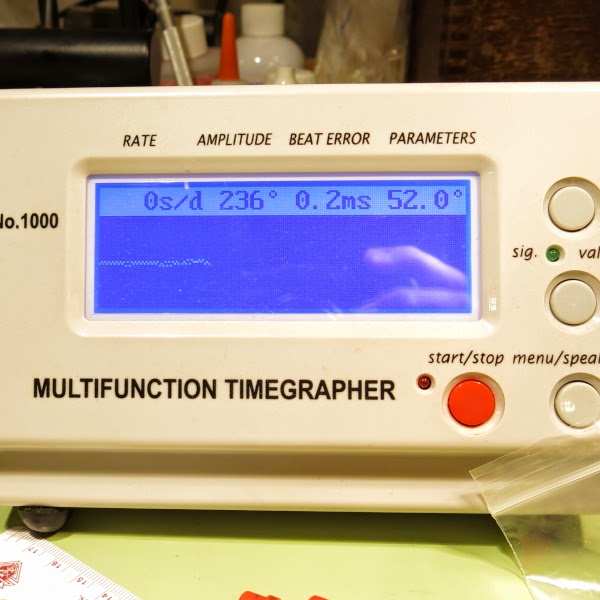 Since the watch has a central sweep second hand, I'll need to put a high dome crystal on the bezel.  My go-to choice for these applications is a GS PHD style and the measurements require a 27.9mm diameter. 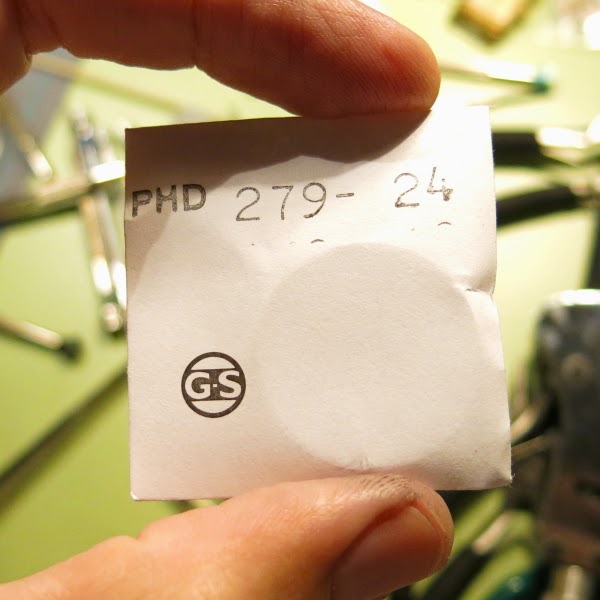 With a new strap and new crystal, this Nautilus II turned out fantastic.  The polished case makes it almost look new old stock.  This watch is definitely deserving of some wrist time now. 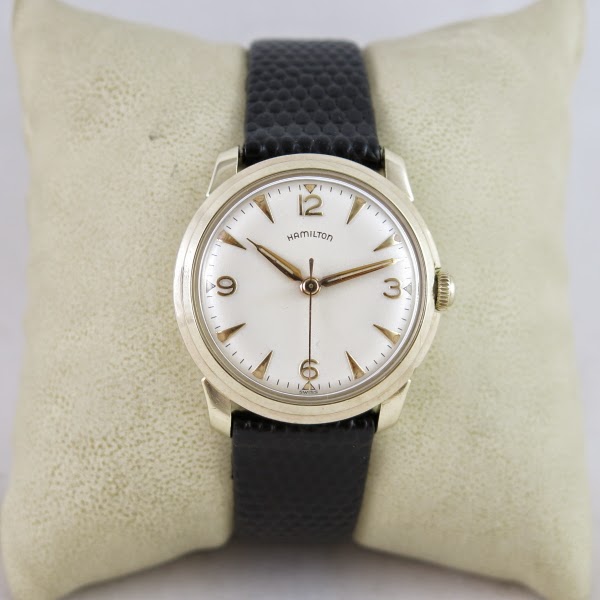