The most plentiful series of automatic models is the Accumatic line.  There are 66 models, even more when you count variations.  The K-series and the Thin-o-matics are in the high 50's though and close behind.  If you add in the calendar models the Dateline Accumatics still edge out the Dateline Thinomatics but the numbers are still pretty close.  There are well over 200 automatics models in all.

The second Accumatic to come in a rolled gold plated case was the 1963 Accumatic A-601.  It was produced for only two years.

The A-601 came on a specially selected bracelet or on a strap.  It's a pretty complex watch and is better looking in person than the black and white catalog gave it credit for.

Tucked inside the Accumatic, and in most Accumatics, is an ETA-based automatic movement.  In the A-601 it's a 17 jewel 689.

I recently received a project watch A-601 from a fellow collector friend of mine, and I suspect he has the original bracelet squirreled away to put on this watch once it's in running order.  As received, it doesn't look too bad. 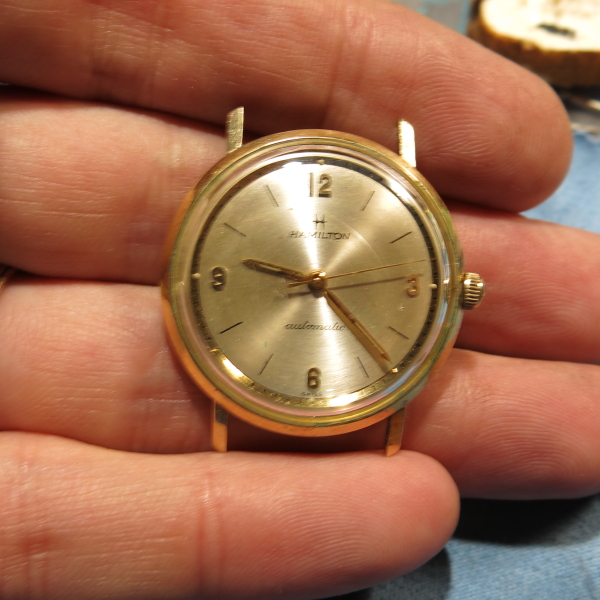 It's a one-piece case and, unlike a stainless steel back, the RGP back doesn't make you wonder if it's meant to separate from the front.  However, it does have a couple of marks on the case that make you wonder if someone tried to get into it from the rear.  This watch opens through the crystal. 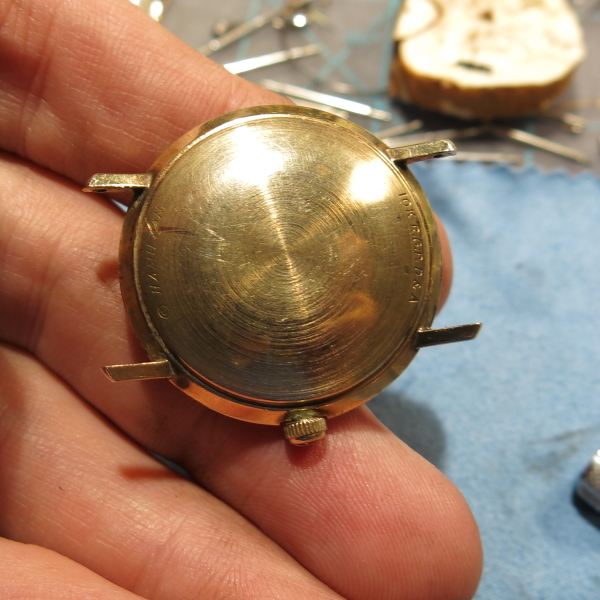 With the crystal out of the way, you can see that this dial has an integrated reflector ring.  There's a lot going on in this dial and I wouldn't want to try to get it refinished. 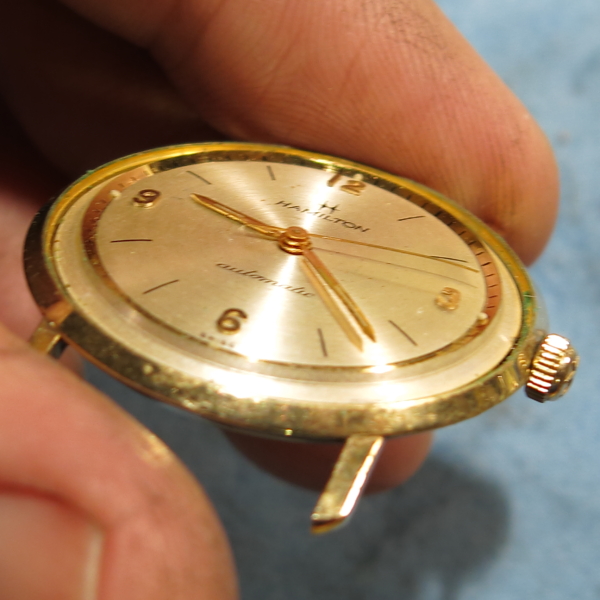 Yikes!  I guess you can't judge a book by it's cover.  Check out this movement!  It's a rusted, filthy mess.  I'm surprised the dial didn't show more discoloration.  Water has definitely gotten into the watch.  Anytime you see your crystal cloud over from moisture, you should open it up and let it air out.  If it happens repeatedly, you should probably have a watchmaker look at it.  However, as a general rule, keep vintage watches away from water, sweat, sinks, etc. 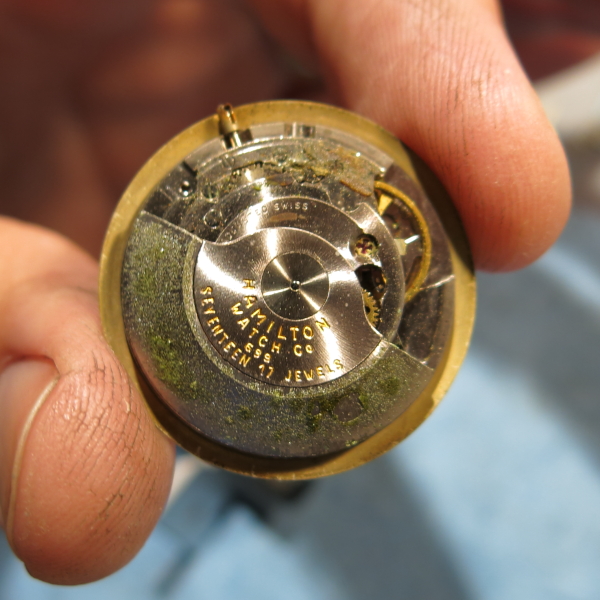 The underside of the oscillating weight is just as bad as the topside.  Also, there's something going on with the reversing wheels - as this rotor only spins in one direction.  It locks up in the other direction. It should be free to rotate either way.

Things aren't much nicer inside the movement. 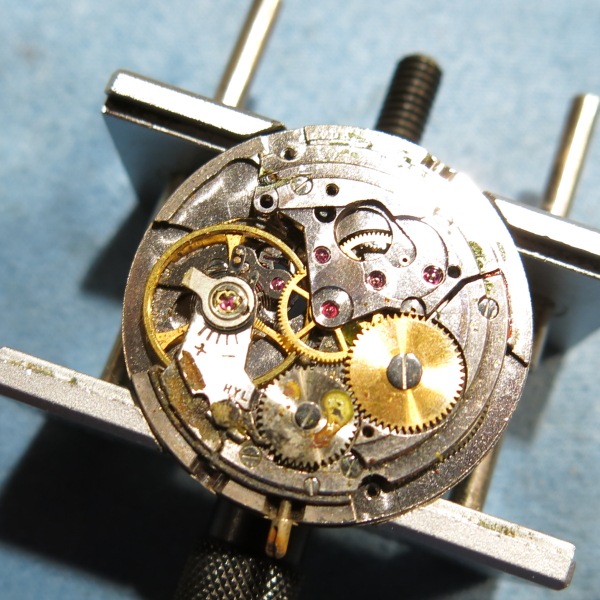 Check out the dust and debris on the balance wheel and hairspring area.  This watch will spend an extra 10 minutes in the cleaning solution. 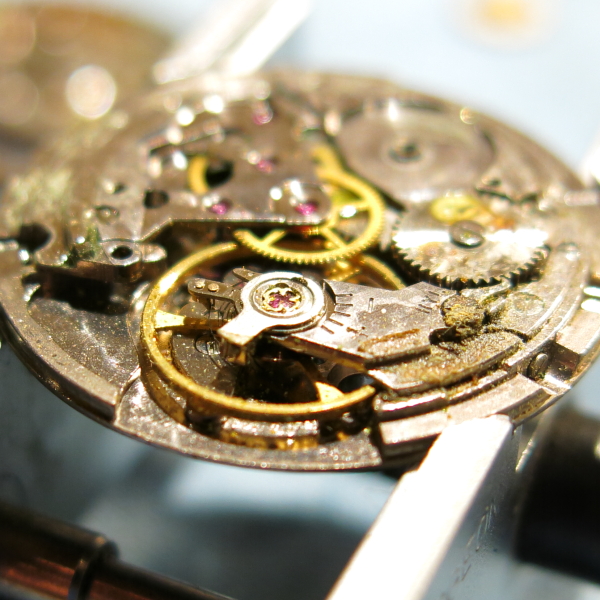 Everything is cleaned and dried.  Surprisingly, everything looks pretty good except for the rotor weight.  It still looks a bit corroded. 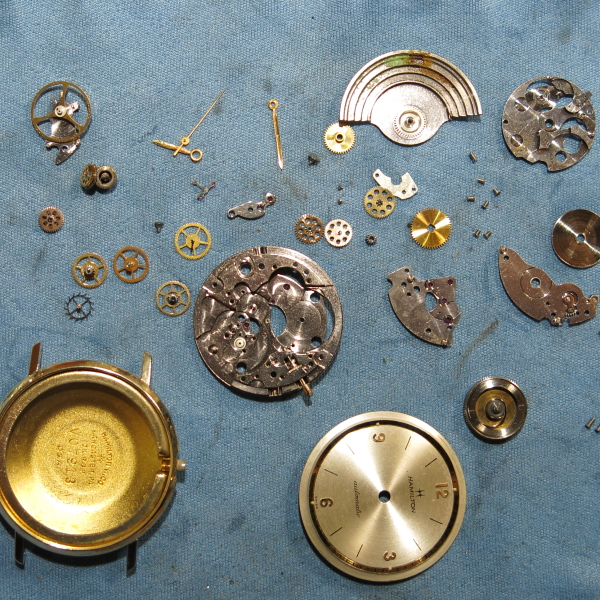 The movement is reassembled and appears to be running nicely.  The timer will tell for sure. 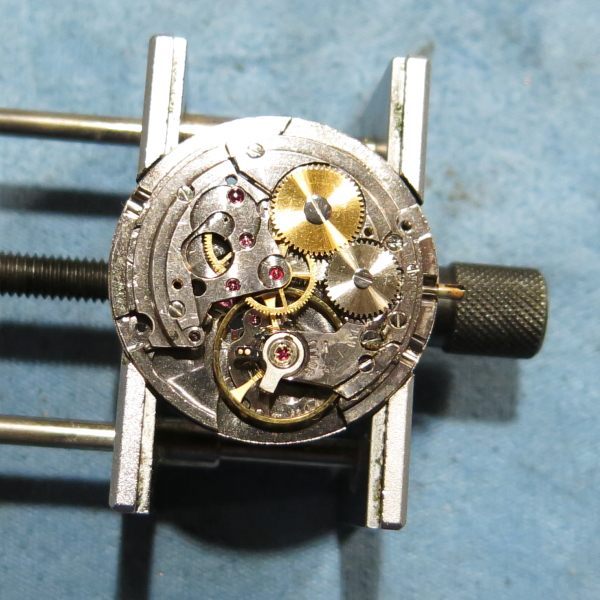 Not too shabby.  I'll leave it like this, as it will likely slow down a little over time. 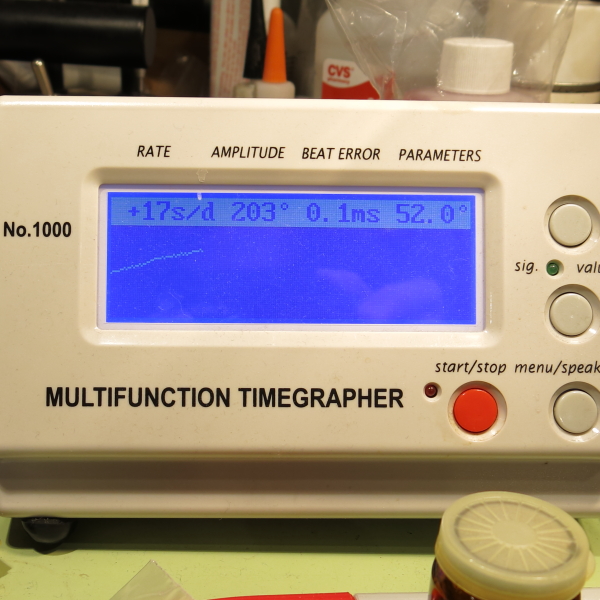 Despite a thorough cleaning, the reversing wheels are damaged.  The only alternative is to replace them with parts from a donor and I'll use a nicer rotor while I'm at it.  This rotor carrier is from a 689A - the A had a section cutaway from over the balance assembly.  So if you look closely you'll see how they are slightly different shapes (although one is upside down from the other... the silver wheel on the left of the carrier on the left is the bottom of the golden wheel on the top of the carrier on the right). 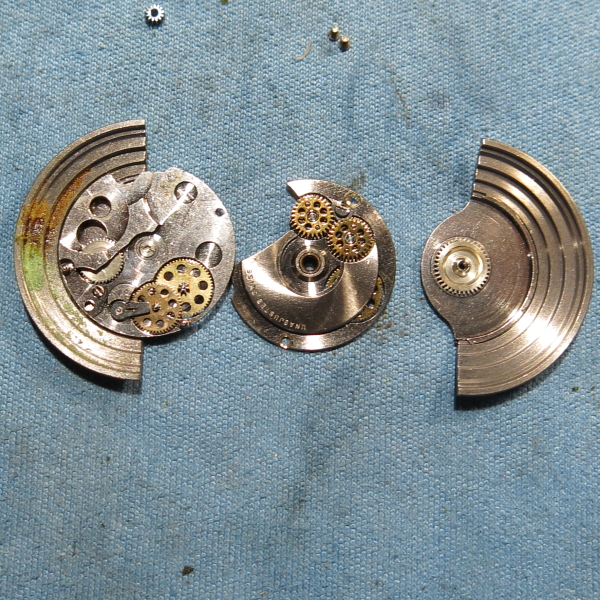 With the inside running nicely and looking as good as the outside, the watch is reassembled and it's time for it's pillow shot.  I think the A-601 is a sharp looking watch.  I wonder why it was made from only two years?  Perhaps it was a little ahead of it's time... it looks more like a late 1960's watch to me than an early '60's model. 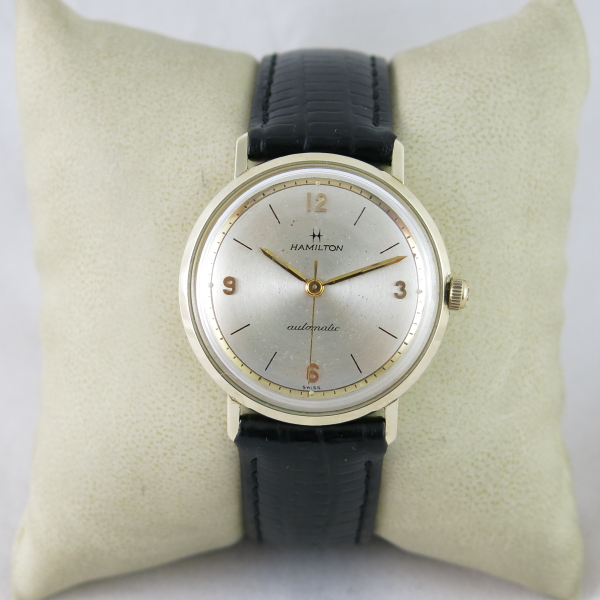