In my last post on the 1960 Automatic K-303 I spoke briefly on the occurrence of "one year wonders", or watches that only showed up for a single year.  The challenging thing of models like that is they are easy to overlook and can be hard to identify.

I recently picked up a project watch and when I purchased it I crossed my fingers because I couldn't identify it. It's a solid 14K gold model and you sometimes need to be careful with those, as jewelers were known to recase Hamilton movements in private label cases in an attempt to make more money.

In fact, some folks are under the impression that Hamilton sold uncased movements to jewelers but I've never seen documentation that supports that.  That was true back in the days of pocket watches though.  Back then, you could pick out your pocket watch movement and then pick out a case to put it in.  That wasn't the case (pardon the pun) with wrist watches though.

On the other hand, I have seen evidence that Hamilton discouraged the practice of recasing Hamilton movements.  Hamilton wrote letters to their customers stating that removing movements from less expensive models and recasing them in private label cases was a violation of Hamilton's manufacturer's warranty.

You will see recased watches frequently with ladies models... especially with lots of diamonds.  However you will also see them on men's models, usually in platinum or white gold cases.  So you have to be careful.

Anyway, my project watch turned out to be a 1962 Elliott.  It's a very interesting looking model with a faceted crystal and a surprisingly thick case.

The 1962 Elliot is the second model to bear the name.  The original Elliot was produced in 1937.  The only thing common between the two models is the name though.

My project watch arrived pretty much as it was pictured when I bought it.  It looks rather beat up but the dial appears to be in good shape - and that's important. It has dauphine hands and not baton hands though.  I don't know if they're original - I bet they are though.  Hamilton wasn't particularly committed to hand styles and often used "what was available" when supply was tight (holiday seasons, etc). 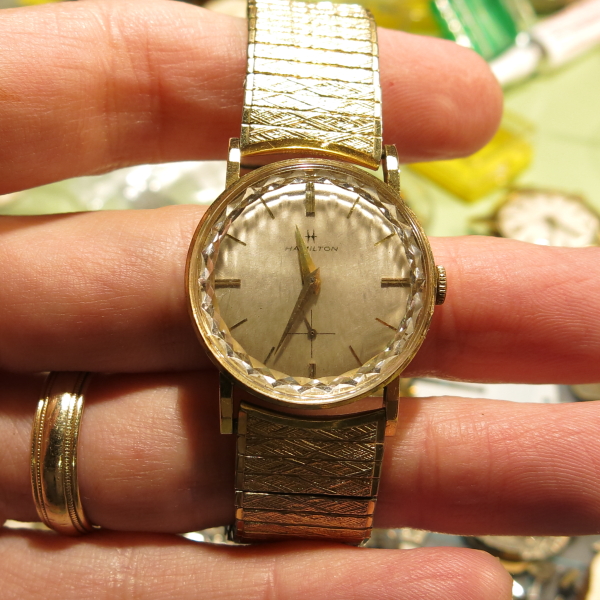 Notice how thick the case is, or specifically the bezel.  I didn't measure it but I bet it's 5 or 6mm (1/4 inch) tall.  The crystal is surprisingly tall too.  It may be a replacement because it's very flat across the top.  Normally Hamilton's faceted crystals are a bit more domed. 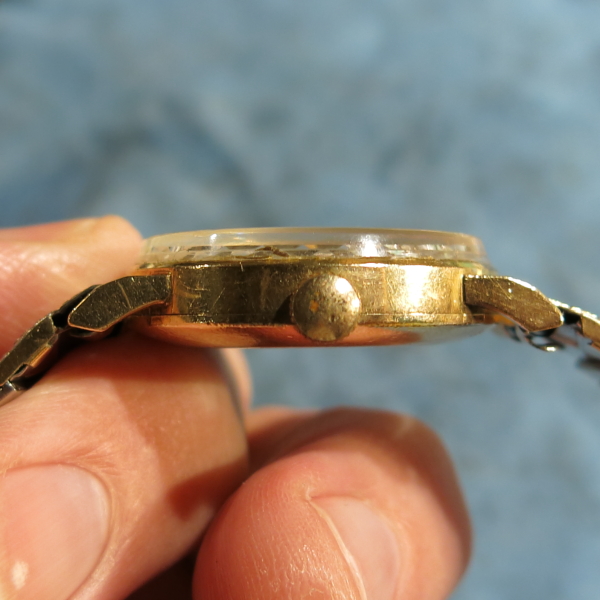 It's going to take a fair amount of polishing to get this case back to looking shiny again.  But not to worry, that's very easy to do. 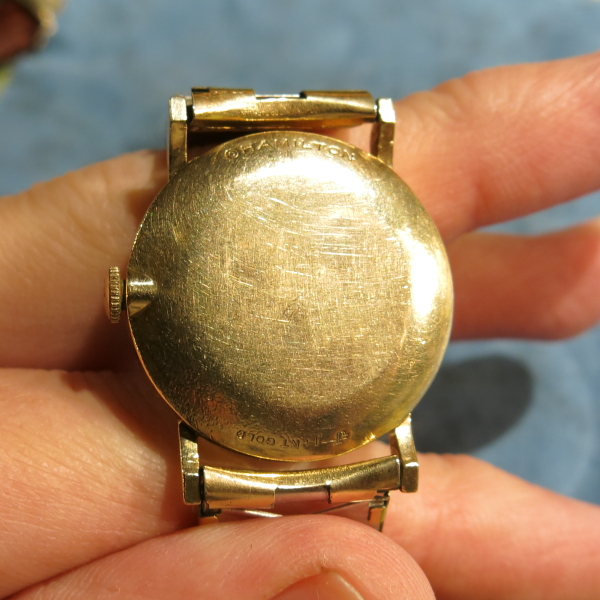 The movement is held in the case back and with the bezel removed you can see the dial is in fantastic shape. 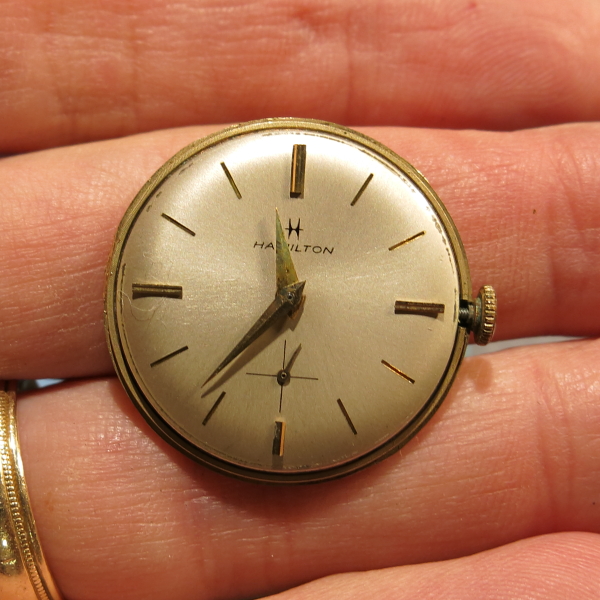 The 770 movement looks to be in good order but a trip to the spa will is a good idea nonetheless. 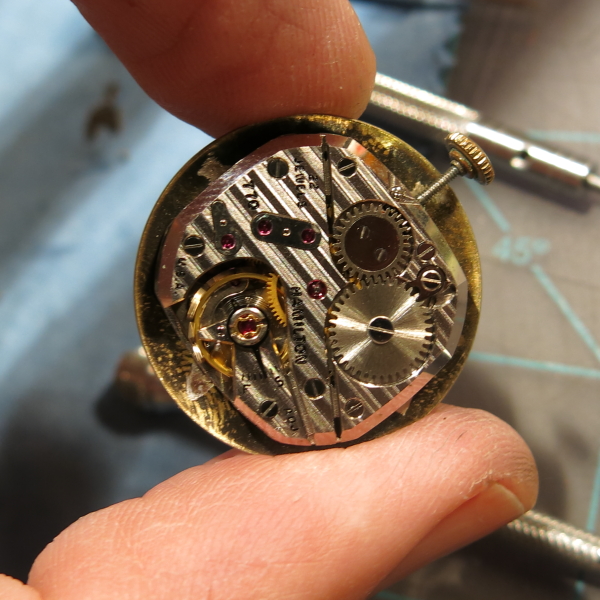 Everything is disassembled and cleaned.  You may be able to see in the photo below that the bezel has a built in reflector ring.  With the faceted crystal and reflector ring, this watch has a lot of "bling". 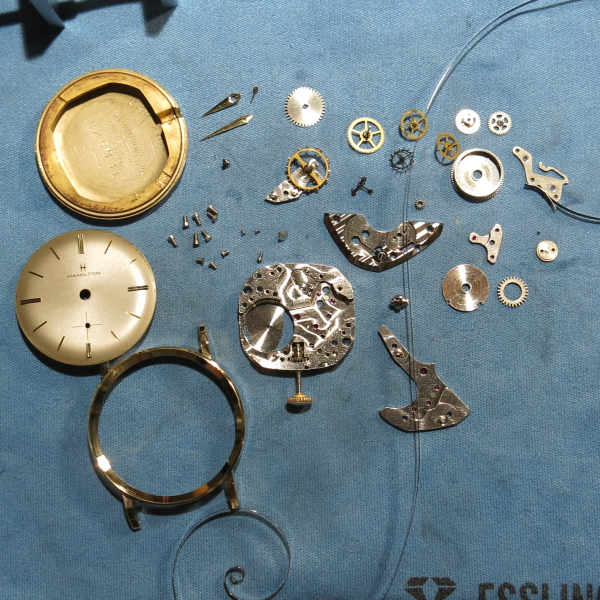 The reassembled movement is now ticking away briskly. 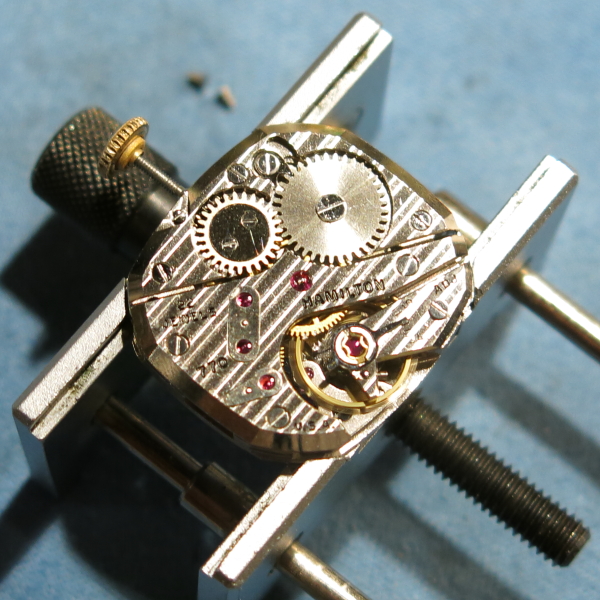 Looks great, nothing wrong with this timekeeping. 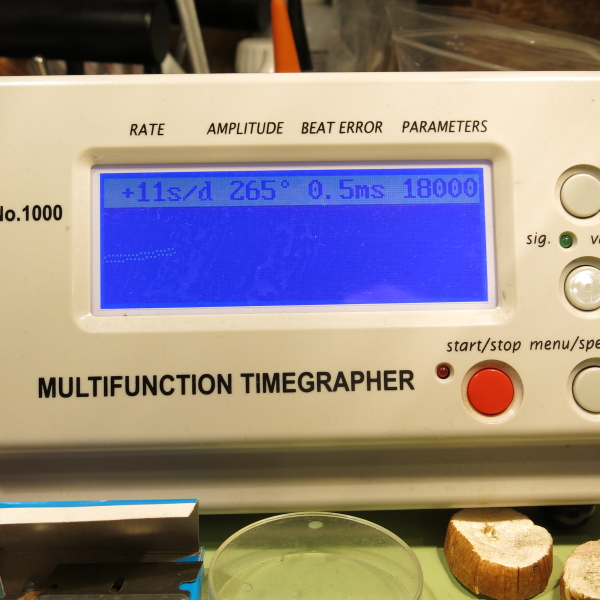 So here's a helpful tip to anyone with a beat up faceted crystal.  Stella DEC style crystals are a perfect replacement for Hamilton models.  28.3mm diameter is the appropriate size to compress into the Elliott bezel. 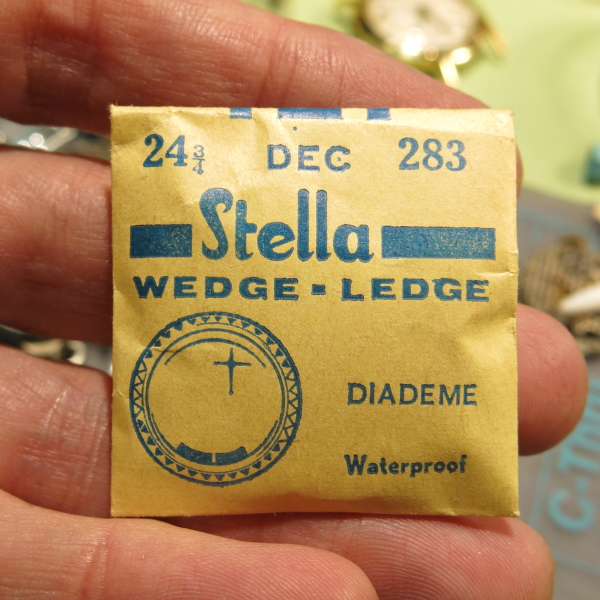 And here's the finished project, paired with a genuine lizard strap in brown.  Originally it looks like it had a black suede strap which would look cool if I had one.  I definitely think the Speidel bracelet that this watch came with had to go.  I think this brown strap looks great though... sort of a shabby chic, formally-casual watch.  It's a rather small watch - suitable for a lady by today's standards. I suspect that's why it was short-lived. 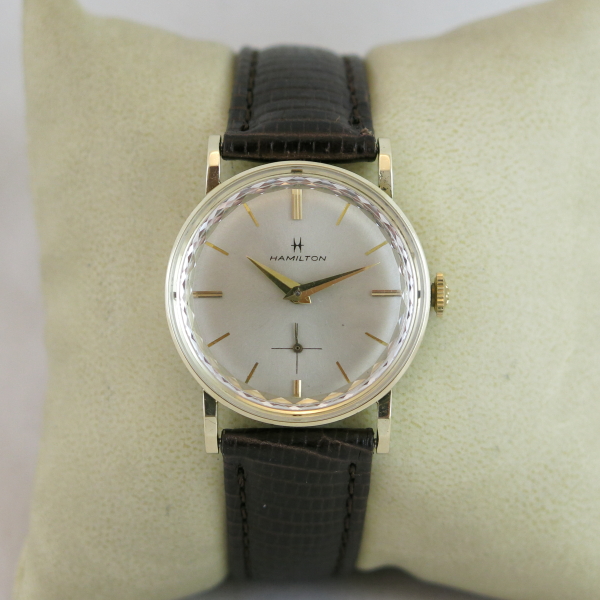