Sometimes you'll find legitimate Hamilton models that are hard to identify but they look very familiar with similarities to other models.  You are forced to wonder if the watch in question is a variation of an existing model or a different model all together.

If you look closely the catalog images of the M79-4 and the Gary, there are a couple of major differences.  First, the bezel on the Gary has a series of squares between the lugs while the M 79-4 has an unbroken band of florentine engraving.  Second, the bracelets are obviously different.  Third, the crystal on the M 79-4 appears to be faceted while the Gary is not.  Finally, I think the baton hands on the Gary are a little broader - but that's a tough call from just a catalog image. 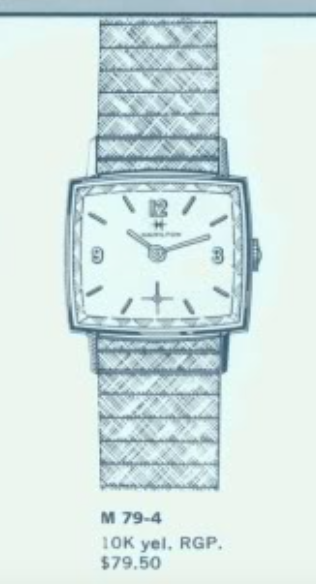 As I said above, I recently picked up an M 79-4.  The photos from the listing were pretty bad but I could tell that it still had it's original bracelet - which is important on this model since it's so well integrated with the bezel.

When I finally had it in hand, I realized how dirty it was.  In fact, you might be surprised to learn that the watch is white and not yellow - that's how dirty it really is!

Since the catalog does not mention a white M 79-4, I'm left to assume that it's correctly identified but I think that's a safe assumption.  It doesn't have a faceted crystal but that could have been replaced. 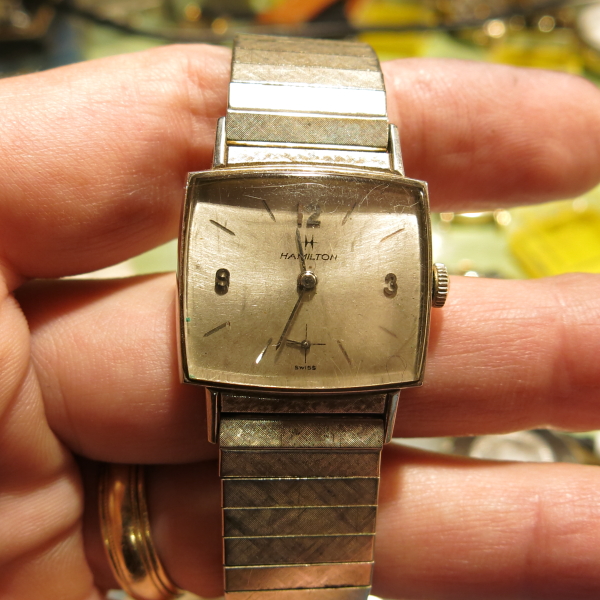 The expandable links of the bracelet are grungy but in good shape otherwise.  This bracelet should clean up nicely, I think. 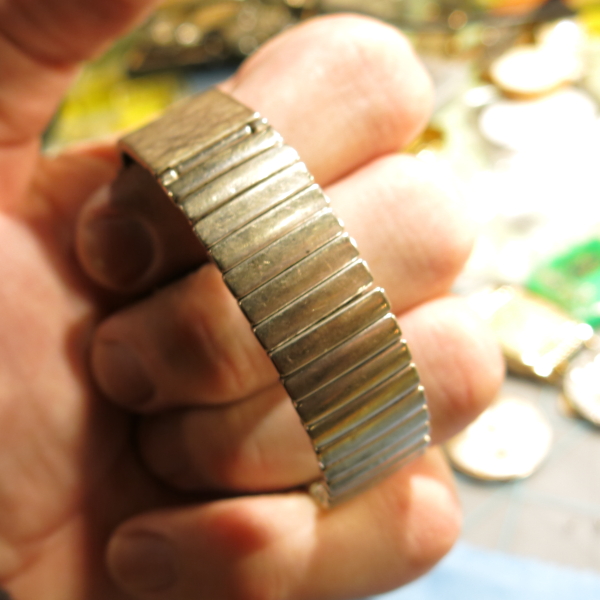 With the beat up crystal out of the way, the dial reveals to be in great shape.  Even though this Hamilton was cased in Lancaster PA, the dial says SWISS since the movement was made in Switzerland by ETA. 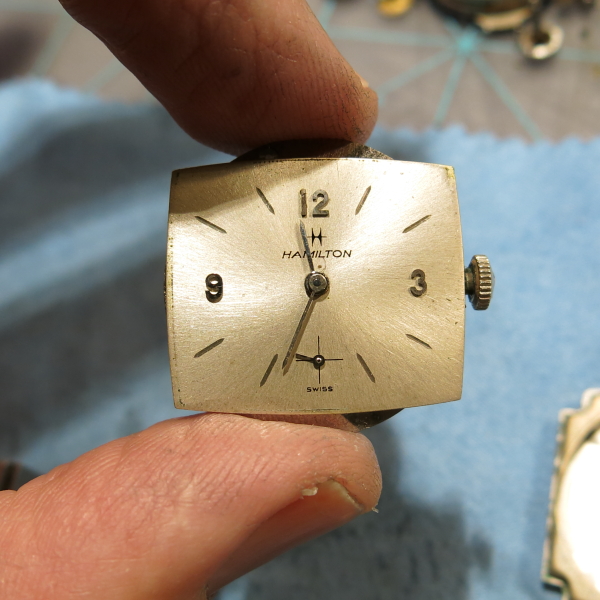 Speaking of the movement, it's a 17 jewel 686, just like in the Gary and Lord Lancaster A, no surprise there.  This one is as grungy as the outside of the case but it will clean up well, I bet. 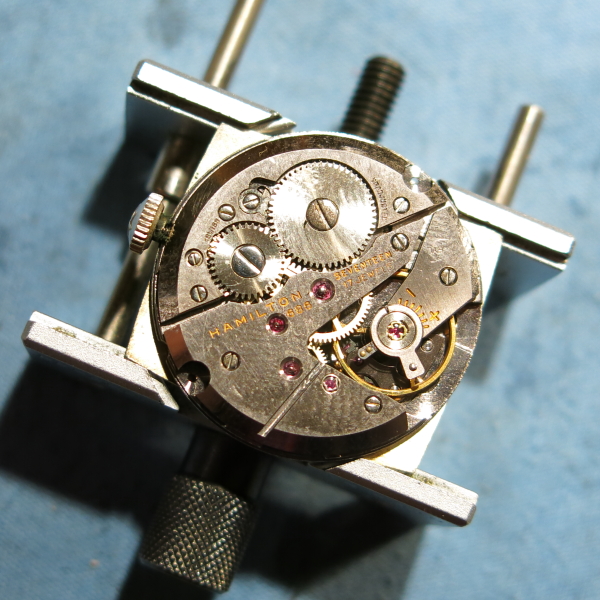 I bought a crystal for the Thinline 6500, which is shared by the Gary and Lord Lancaster A. However, when I went to do this post I realized I should have tried to find a faceted version.  Oops. 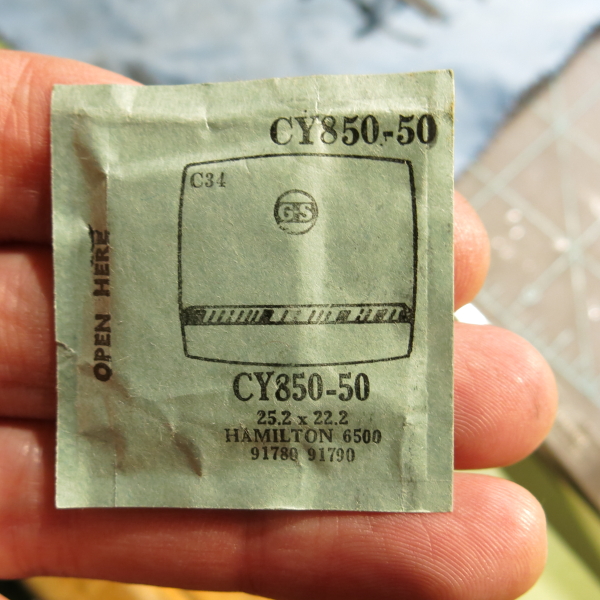 Everything is cleaned and dried before being reassembled.  Things look a lot brighter now, don't they? 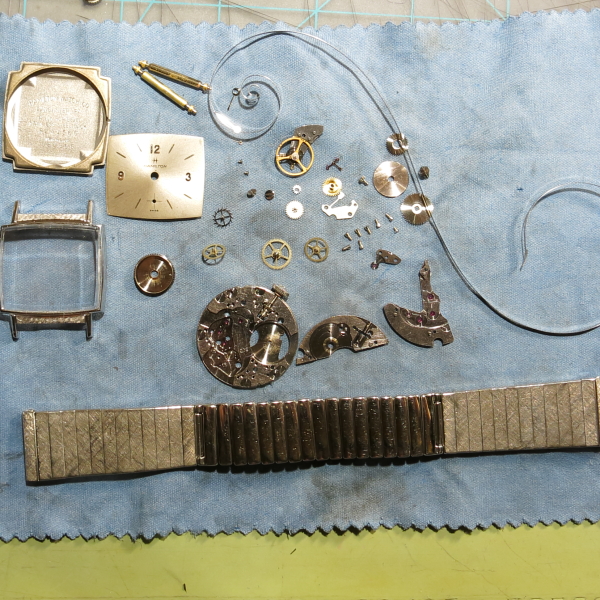 Well, as suspected, the movement is in fine shape and running briskly.  Off to the timer to see how well it's running. 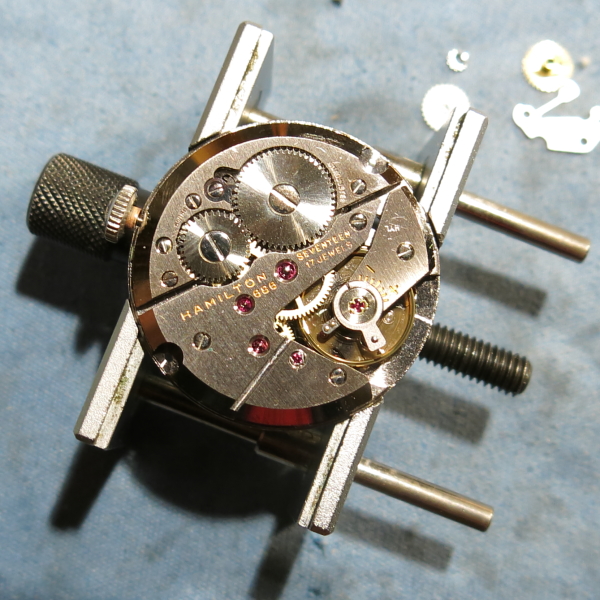 It's running a little fast and the beat error is a little high but it's not too bad.  However, this movement is so easy to adjust that I'd be afraid you'd call me lazy if I didn't try to improve it.  Check out the 1962 Gary  post to see how it's done. 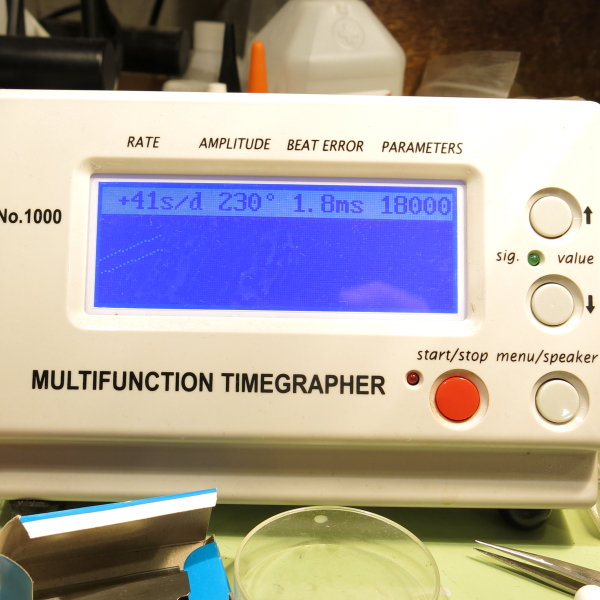 Well... that's much better.  You know the beat error is low when the two lines become a single line.  I tend to leave watches running a smidgen fast as I think they settle down a little over time. 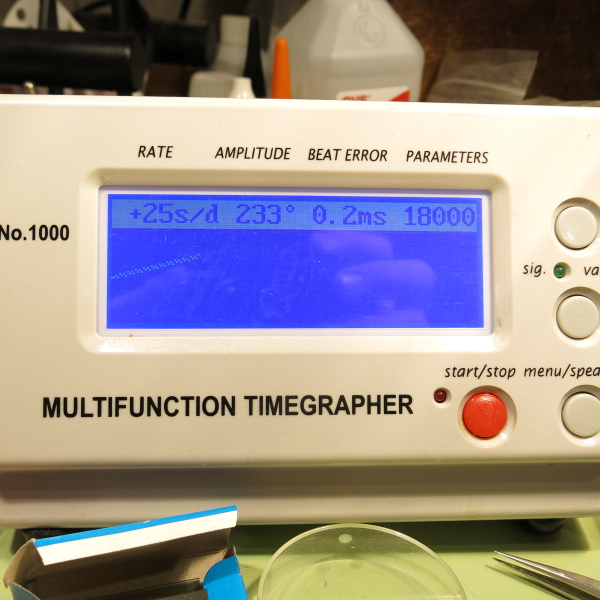 And here's the finished project, well almost.  Everything cleaned up so nicely that I probably should go the extra mile and find the proper faceted crystal.  I doubt anyone other than a Hamilton purist would realize the plain-dged Thinline 6500 crystal was incorrect.  It looks pretty good as is. 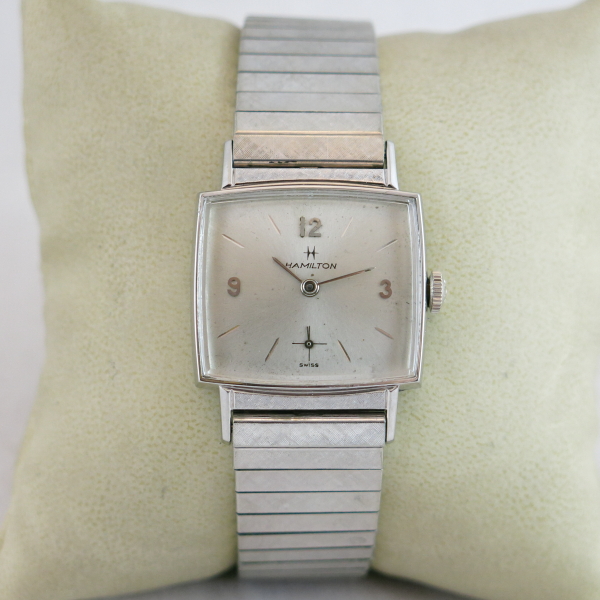 It didn't take long to find the correct crystal for an M 79-4.  Oddly enough it's marked for a Gary... go figure. 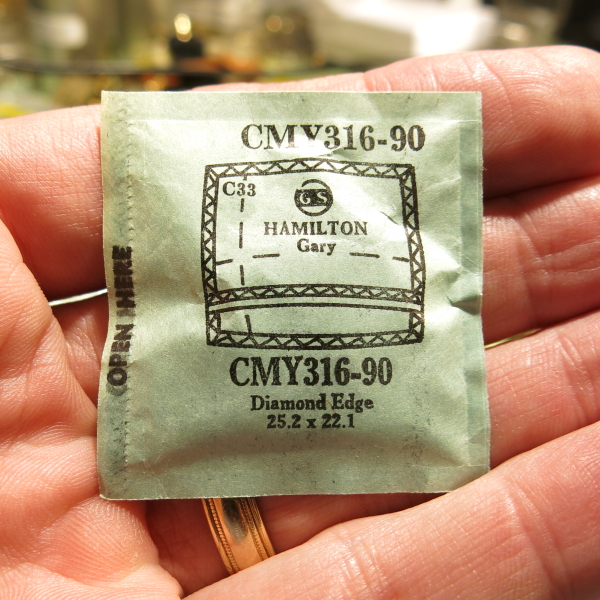 The watch looks a little different with the proper crystal, but not too much different.  It's good to have it 100% restored though. 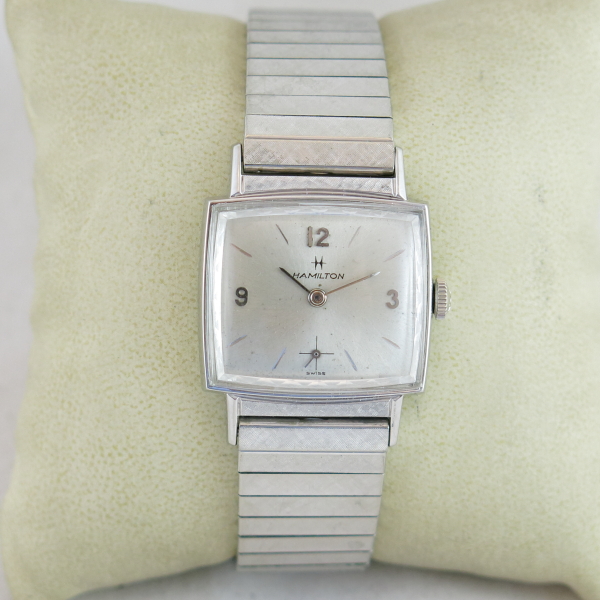