I've documented about 635 Hamilton models, maybe a little less if you exclude the pocket watches.  That's still well-past halfway towards finding them all... or at least 95% of them.  One of these days I need to make a list of the ones I have yet to find.

There are 47 "sea-somethings" or models with the word Sea in the beginning.  You could make it an even 50 if you add the three Sea-Lectric I, II and II-B but I've excluded the Electrics from my hunt.

The Sea Guard II is a rather simple-designed model with a monochromatic color scheme but I'm sure it looked sharp with it's original bracelet.  Like most Sea-somethings, it was positioned at the lower end of Hamiltons models in the "Fine Watches" collection featuring Swiss-made movements.

Tucked inside the case you'll find a Hamilton 688 manual winding movement also based on the Hamilton 61 caliber.

I recently came upon a Sea Guard II in need of some TLC but mainly it just needed a new crystal.   As you can see below, the radial-finished dial has four simple hour markers at the 12, 3, 6 and 9 positions and very slender hands to match. 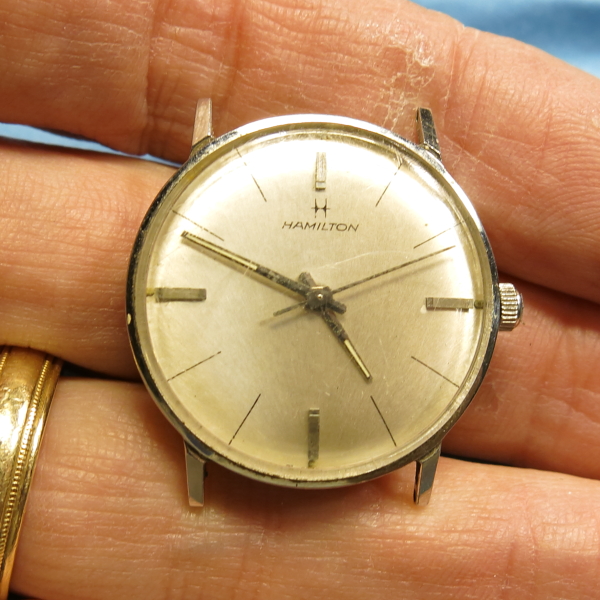 The stainless steel case is a one-piece design that opens though the crystal.   The case back is unremarkable and consists of pretty much nothing but some trace DNA of a previous owner.  That will come off in the ultrasonic. 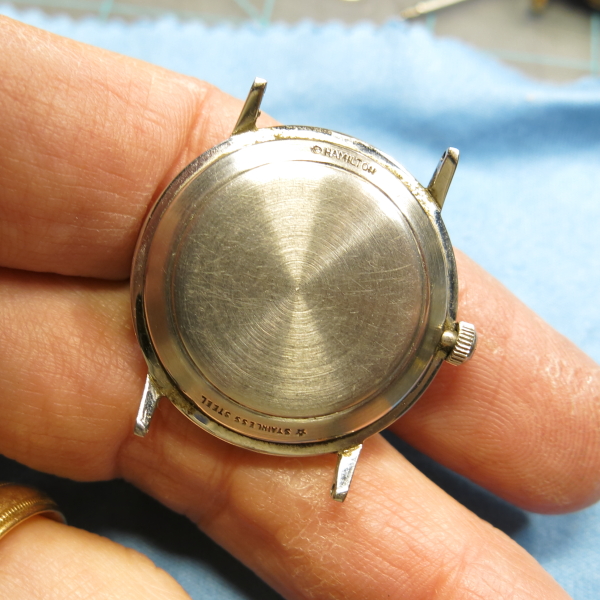 The movement looks great and other than a little rust on the female side of the stem, it looks brand new.  Of course, that doesn't mean that it doesn't need to be cleaned and oiled. 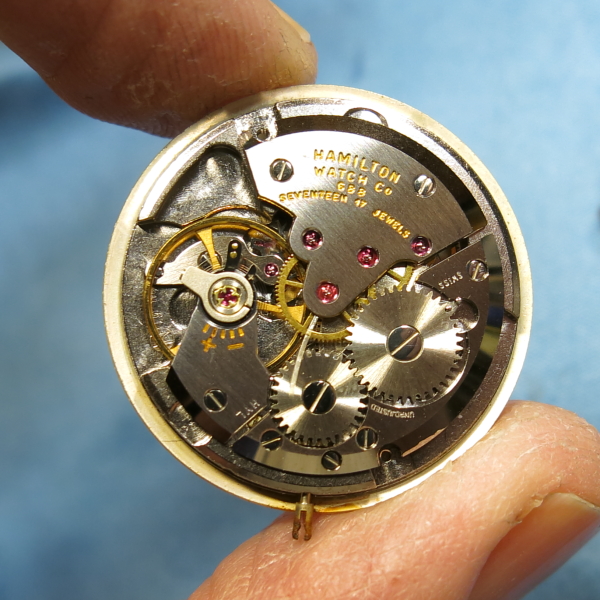 The 688 is basically a manual version of the 689 with the exception of all the automatic bits.  It's a very straightforward movement and ETA's manual winding movements today have very similar designs. 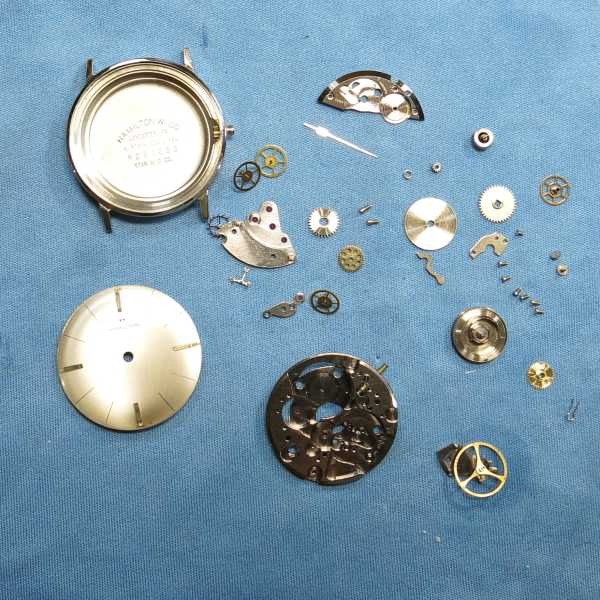 I'll take the opportunity to redo the luminous paint on the hands and the dial so that they will glow in the dark again. 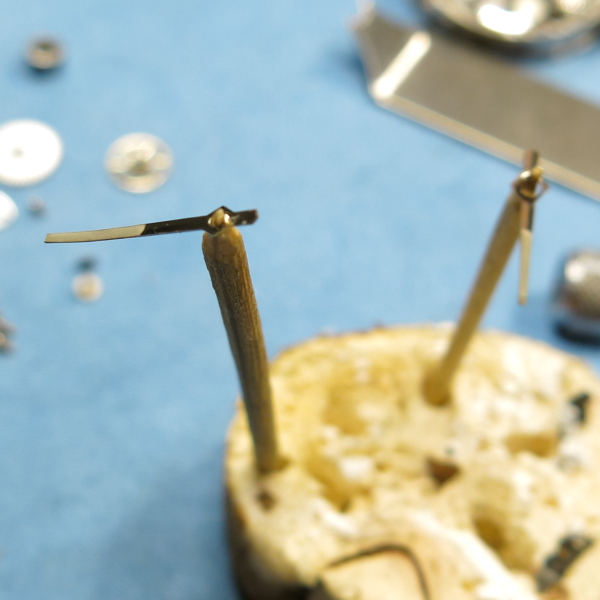 The reassembled movement is ticking away on the timer. 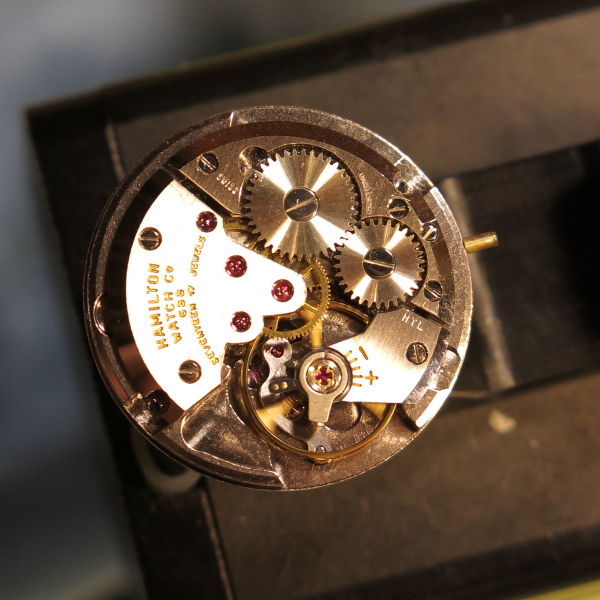 On most watches I would be quite happy with this performance.  However the 688 is so easy to adjust that I'd feel guilty if I didn't lower the beat error a little. 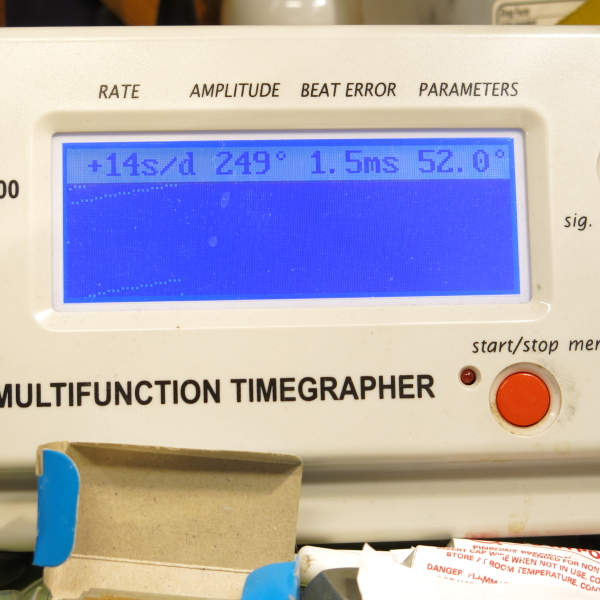 There... nothing wrong with this performance.  It should slow down closer to 0 seconds fast per day once everything settles back into place. 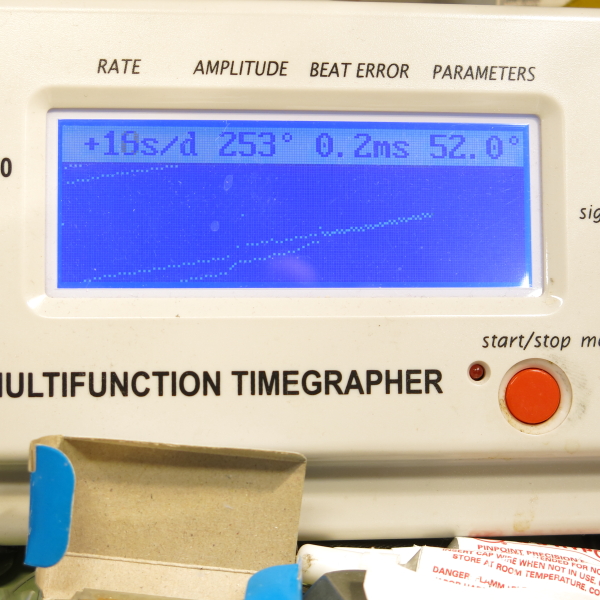 A new crystal and a new strap were all that this watch needed to look like new again.  It's a very simple watch but it's very sleek and modern looking too - a perfect 1960's design. 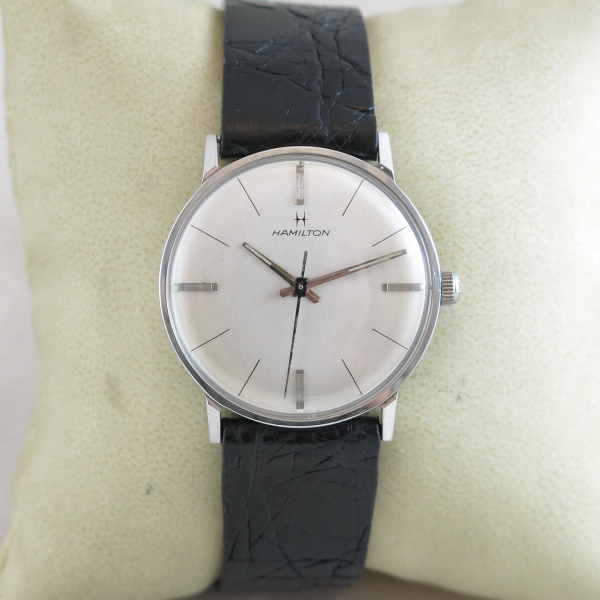