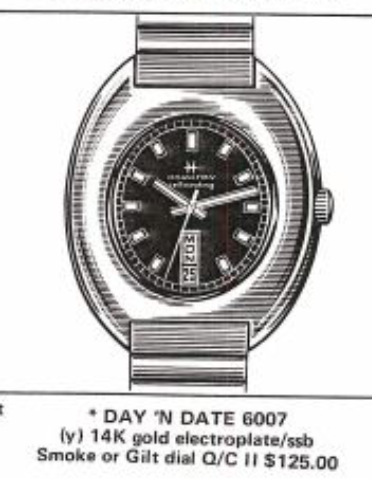 The Day 'N Date 6007 came in a gold electroplated case with a stainless steel back.  It has a dark brownish colored dial or a golden gilt dial.  Both options featured the quick change Q/C II movement.

I recently came upon a Day 'N Date 6007 and it caught my eye because of it's funky egg-shaped styling and because it also came with it's original dial.  1970's watches are becoming very fashionable so I was quite surprised when I won it for a very reasonable price. 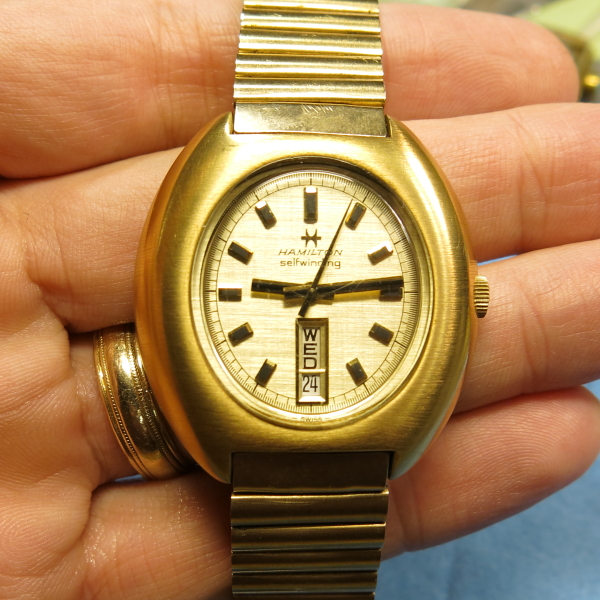 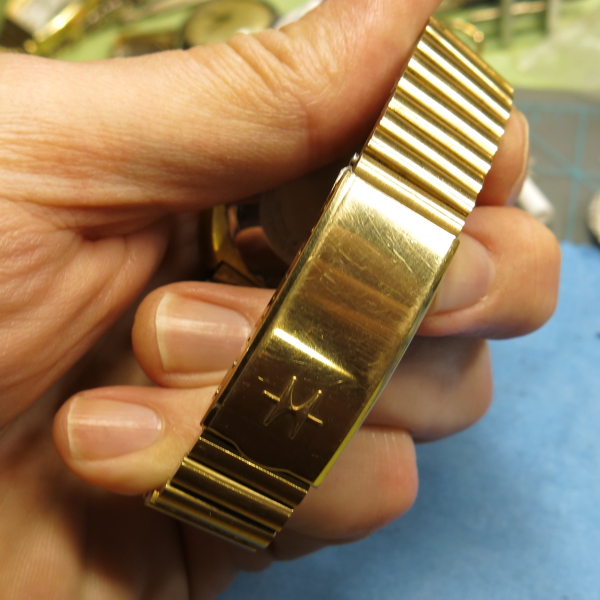 The back of the watch is unremarkable and shows evidence of at least one attempt to open it in the past.  The -4 in the model number means the watch is yellow gold plated (sometimes filled).  A -3 would indicate the case is stainless and there is a very similar looking stainless model with the number 825004-3, it's the 1973 Day 'N Date 5009. 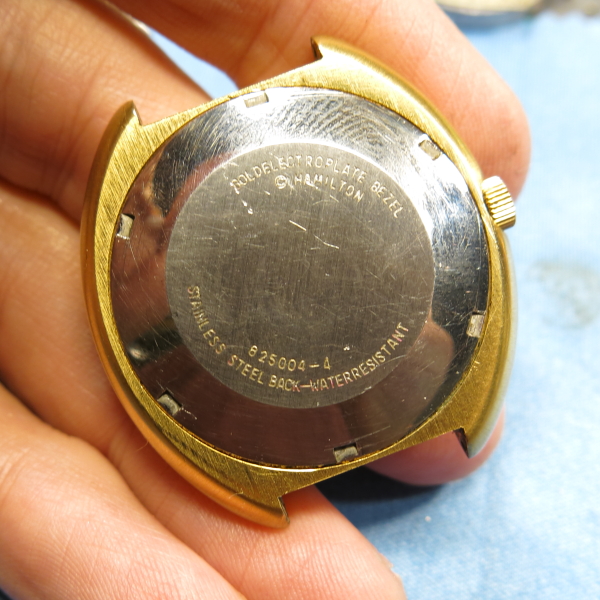 This bracelet is made by Drema... in case you're looking for one. 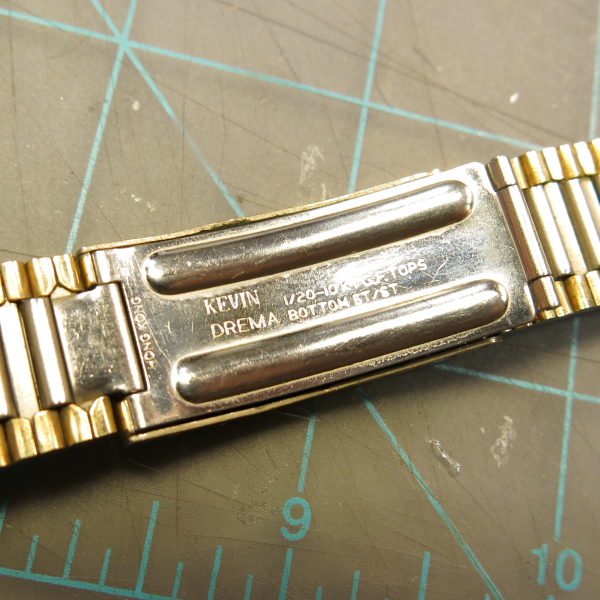 A silicone ball makes for a great case opener, believe it or not.  It doesn't always work but it works most of the time. 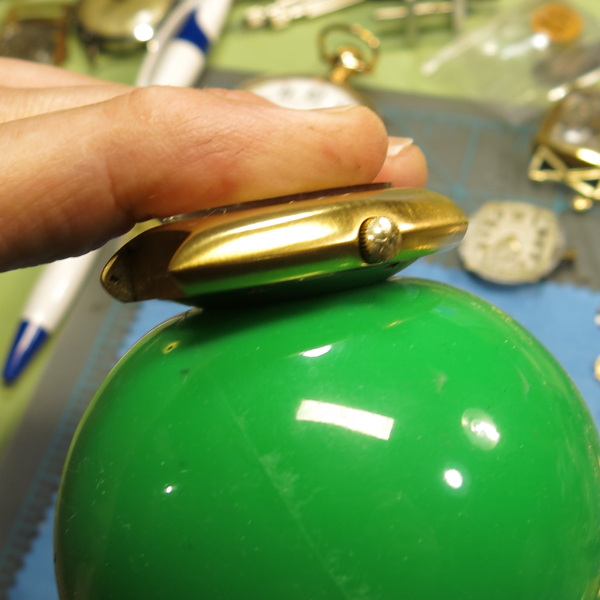 The Q/C II movement is often the caliber 825, although I believe there are some other calibers too.  This is the one I've seen most often.  Two retaining screws hold it in place and then I can push the little detent to release the stem and crown. 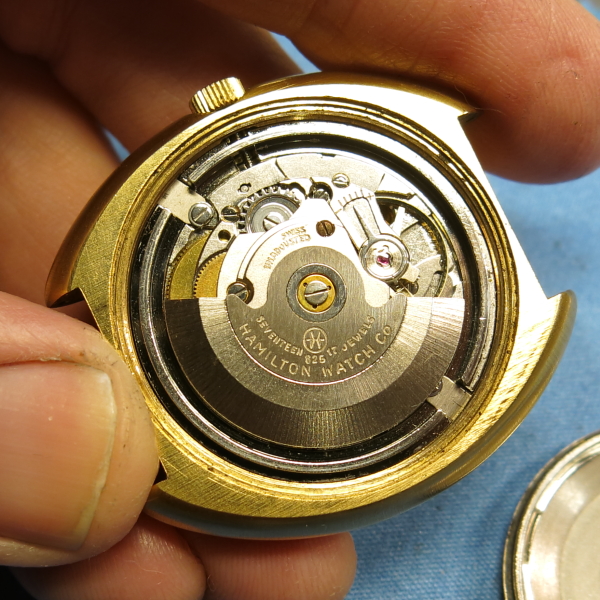 There is a lot of detail in the design of this dial... wouldn't you say?  The hands and hour markers are black and gold and are very hard to photograph. 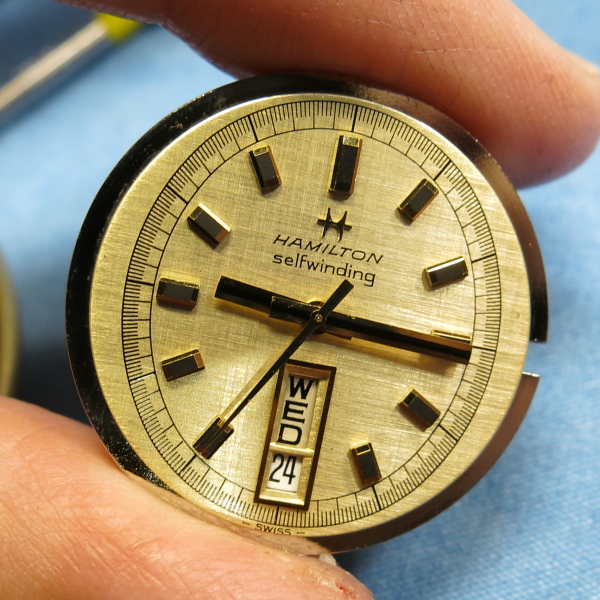 While things are being cleaned I will tape up the bezel and polish the crystal.  This way I won't accidentally polish away the brushed finish on the metal. 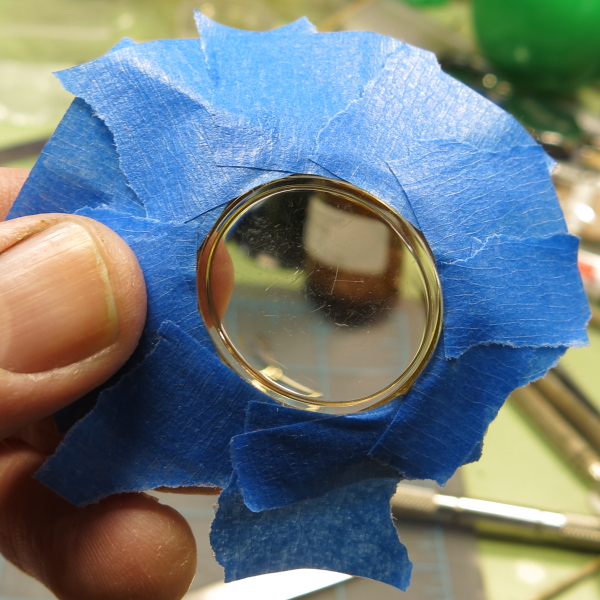 Everything is cleaned and ready to be reassembled.  There are a lot of parts to this movement, including a number of easy to lose springs.  So I will have to be careful not to lose anything in the process. 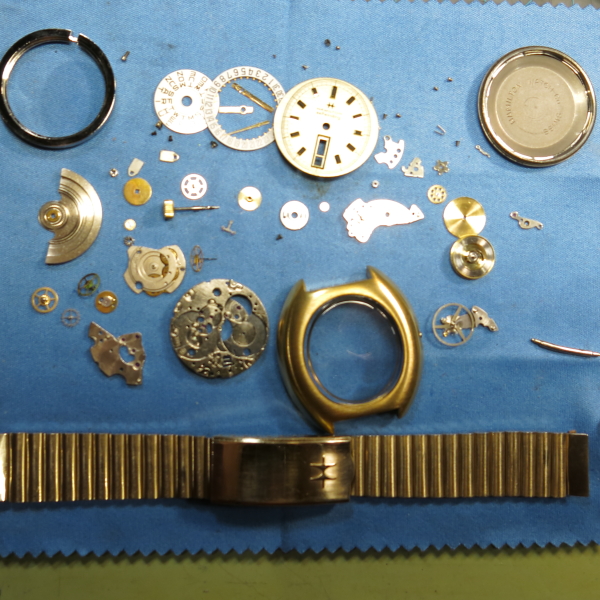 So far so good, them basic movement is back together and ticking away. 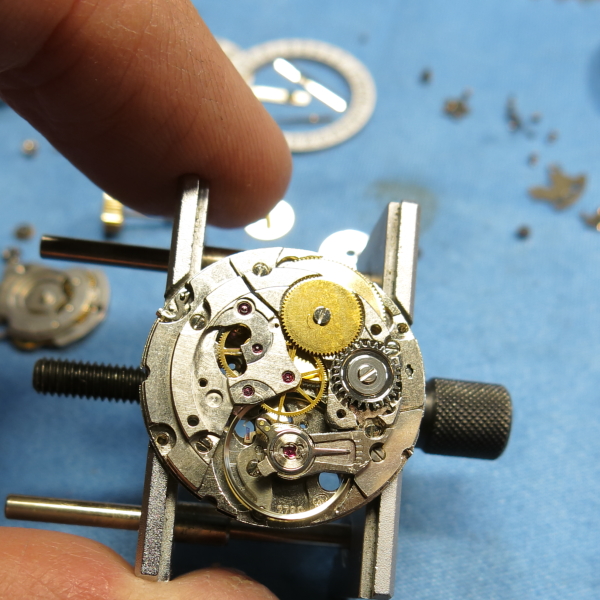 Not too bad... I can slow it down and improve the beat error fairly easily. 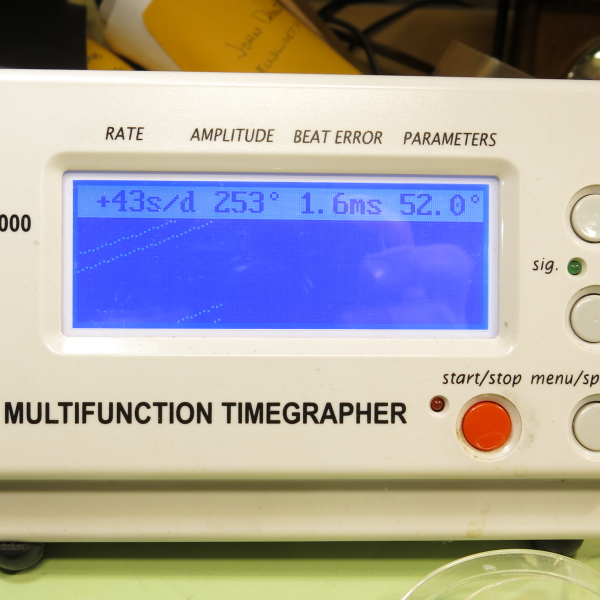 Well, the beat rate of +12 sec per day is where I want it.  The hair spring stud is up against a stop so I can't reduce the beat error any farther without loosening the stud.  I'd rather not goof up the hairspring for such a small adjustment so I'll leave it a 1.3ms.  One most watches that would be more than acceptable. 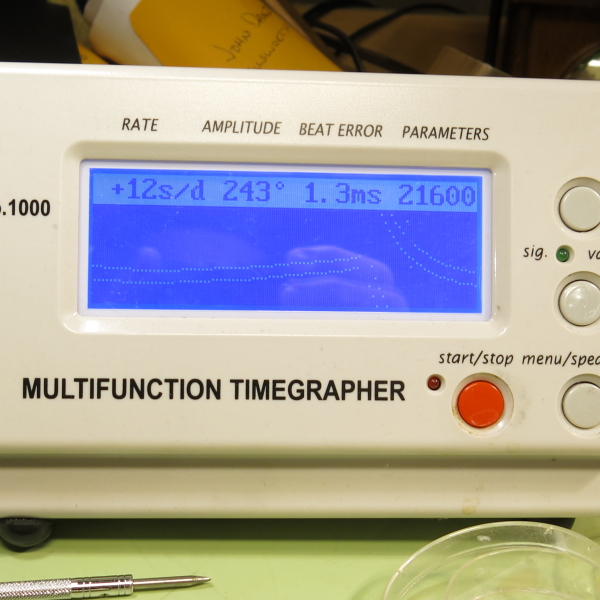 This is definitely a funky, chunky 1970's model, that's for sure.  It looks great though and the bracelet is a nice finishing touch.  I was able to get the gold on the hands and markers to show up too.  It's a sharp looking watch. 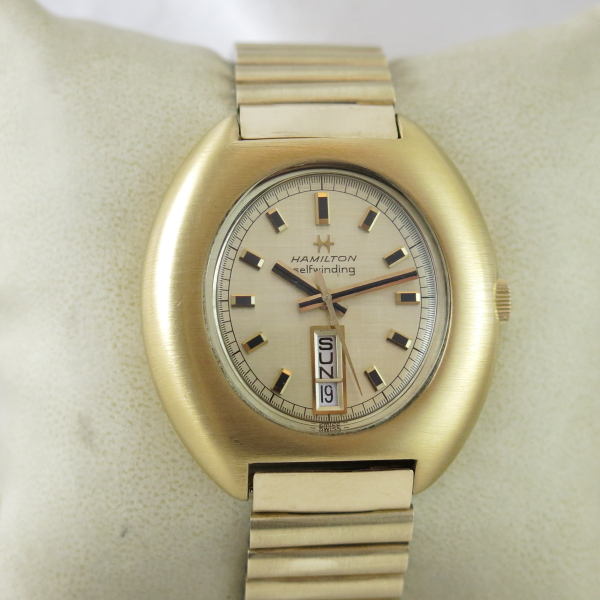