I've not been one to pursue vintage bracelets.  That's mainly because I think bracelets can often take their toll on the lugs of a watch.  Plus, I think a nice strap is more comfortable than a bracelet.

However, I know several folks who have been bitten by that bug.  There's good reason for that.  Hamilton did a lot to match bracelets to the design of specific watch models.  So much so that sometimes I wonder which came first, the bracelet or the watch.

That said, I must confess that it's hard to resist a project watch for sale when it has it's original bracelet.  I recently landed one, a 1968 Accumatic A-607.  It was only produced in the 1968/69 timeframe. 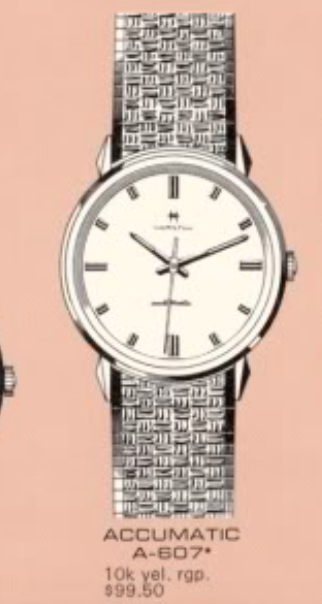 The A-607 came in a 10K rolled gold plated case.  If you wanted it on a strap you'd have to buy your own, as it only came on a Kreisler bracelet.  Tucked inside the A-607 you will find a 17 jewel 689A automatic movement.

I paid a little extra for this watch, mainly because it looked to be in excellent condition.  The seller told me after I purchased it that it was recently serviced and ready to wear.  I'm always a little skeptical when a seller claims a watch is serviced... I have found that the term can be used liberally.  Sometimes people just add a little extra oil and call it "serviced'.  I put this watch on my timer and it ran poorly with very low amplitude.  That's okay though, it was headed to the spa anyway. 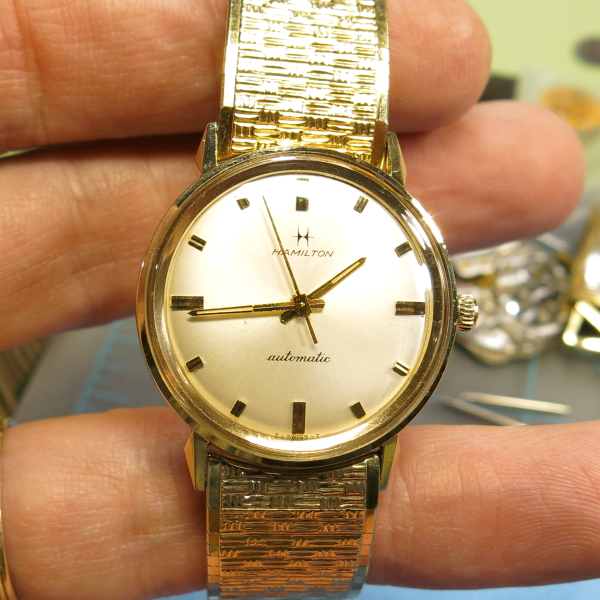 This watch shows a few minor bumps and bruises but it really looks about as close to unworn as you can get. 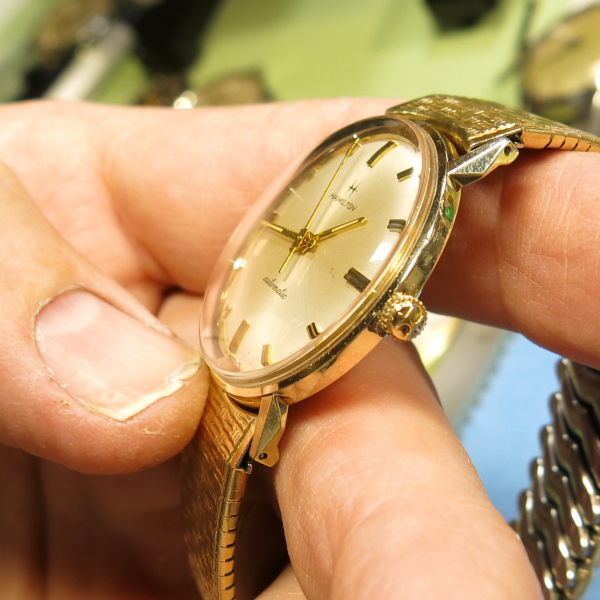 One detail the seller conveniently left out of his listing was a photo of the case back.  Check this out! It looks like someone took a steel brush to the case and went right through the thin layer of gold plating in the process.  That's a shame, there's not much I can do to fix that.  Oh well, at least it's not visible from the front. 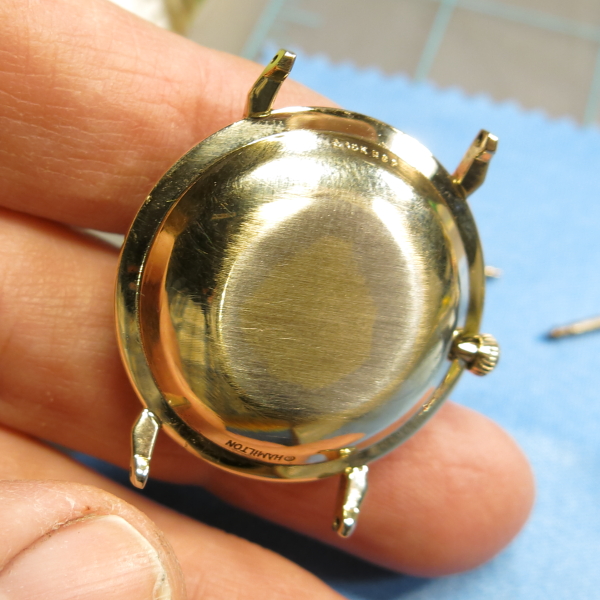 The 689A movement looks to be very clean, that's for sure. 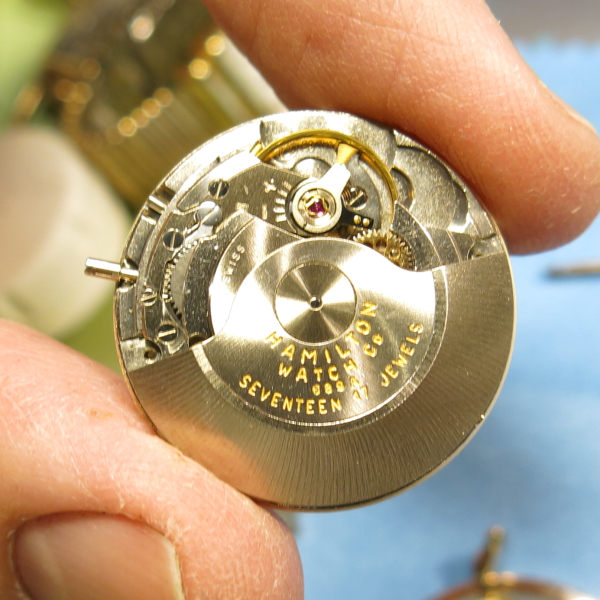 Everything is taken apart and cleaned.  Time to reassemble it. 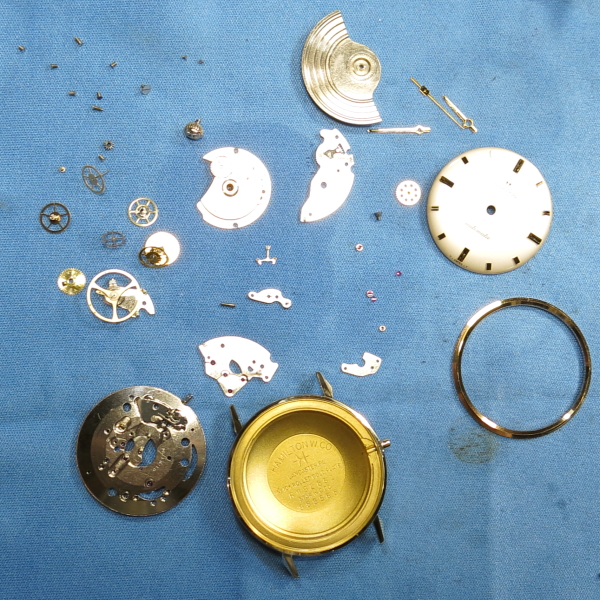 The partially reassembled movement is now running with good motion.  It's off to the timer to see how well it's ticking. 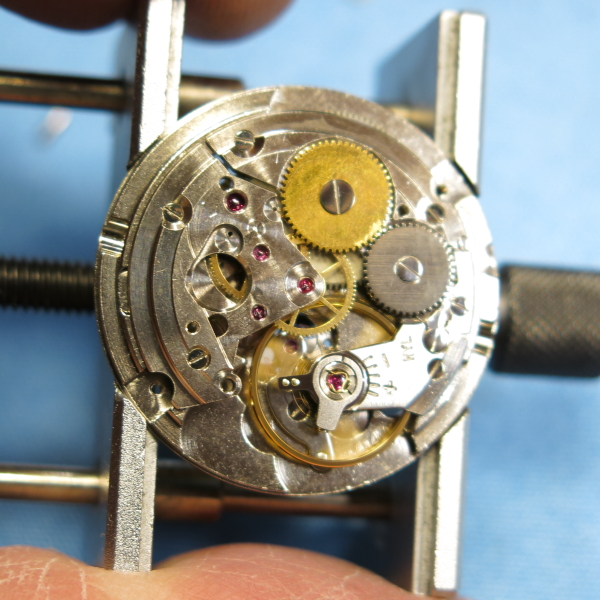 The photo is a little blurry but you can still see the watch is running fairly well.  I haven't wound it up fully yet though, which is why the amplitude is a little low. 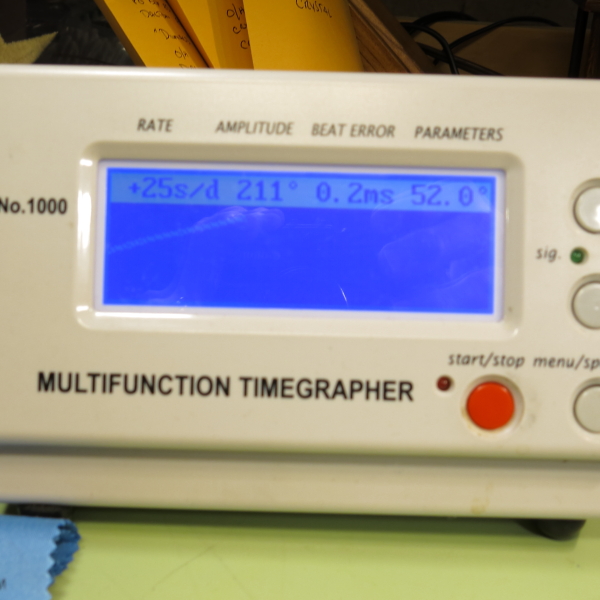 Although the watch doesn't look that much better than what I started with, after a little extra spit and polish it really does look like it's fresh from the factory.  They don't get much nicer than this.  Too bad the back of the case has lost some gold. 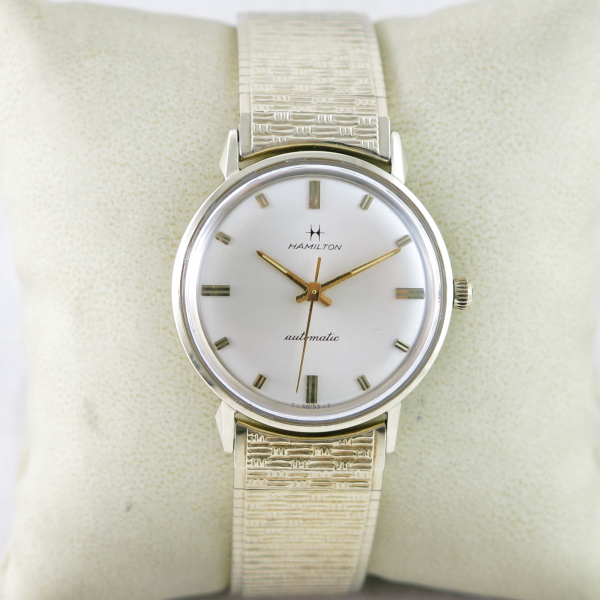